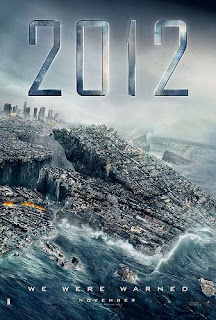 2012 has been showing in theatres for I guess two-three weeks now but it’s only this past weekend that I got to see it with my folks. For those who don’t know, the movie is actually based on a prediction made by Mayans that the end of the world is on 2012.
I heard from some friends that the movie is corny and so not worth watching. I read a critic’s review that 2012 the movie is like the actors casted on it – sinking. In other words, the movie stinks. I, on the contrary, find that the movie is worth your money.
I was literally holding my breathe almost the whole time specially during those parts when the land was breaking and there was fire everywhere. The special effects were really good which is actually the main highlight of the movie. It was pretty scary.

Remembering John Hughes Through His Movies

A Review of Netflix’s Locke and Key

Percy Jackson and the Lightning Thief