While my reading has taken a back seat again (shock!), I have been spending free time watching movies. I would even say that this year is the year where I’ve caught the most number of films in cinemas compared to the past years. So I thought I’d list the most recent ones I’ve seen and blog my thoughts on each. 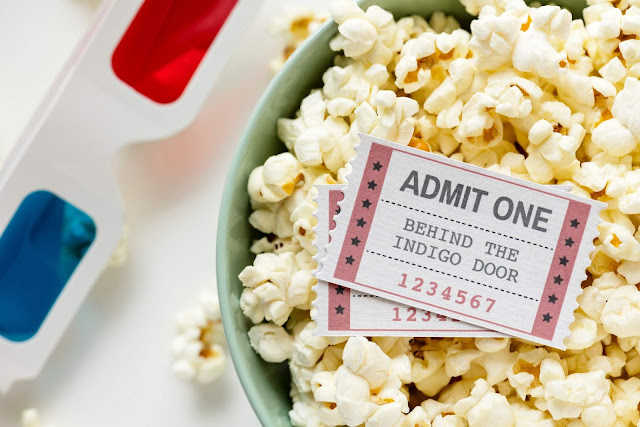 I grew up watching the three Toy Story movies. I was just in my early 20’s, just about starting my journey into adulthood when the 3rd installment came out. It was when Andy, Woody and Buzz’s owner, was already all grown up and about to start College. Pixar ended that film with Woody joining the rest of the toys which were handed off to a young girl named Molly, their new owner. I thought it was the end of Toy Story. I remember crying when I watched that.
Fast forward a few years later, Pixar decided to have another Toy Story movie. I almost didn’t get to see this one in the cinemas due to my busy schedule and lack of budget. Movies in the cinemas are expensive nowadays you know?  I had accepted that I was simply gonna have to wait for this film to come out in Netflix, any other streaming site or well, from my friend, Nicole’s supplier 😜 so I could watch it.
Anyway Glorietta 4 was still showing it a few weeks later. Saw this by myself because well why not?
I honestly thought that this franchise could have ended with the 3rd. But it’s a big franchise so… Now normally, the problem with sequels is that the story material tends to be so-so. Sometimes it even feels forced. But Pixar did a good job with Toy Story 4. I found myself crying again while watching.  Without spoiling the story for those who haven’t seen the movie, I think it’s safe to say this is it. This closes the story for Woody at least.

2. Spiderman: Far Away From Home

Caught the premiere screening of this with Ryan and Dom because my best friend is a huge Marvel fan. I didn’t see any of the Avengers films with the new Spiderman, Tom Holland nor did I see the first Spiderman movie starring him. I did however see the other Spiderman movies with Tobey Maguire and Kisten Dunst (still my fave Spidey couple) and Andrew Garfield and Emma Stone so in watching this movie, those were the Spidey movies I used as a sort of reference.
Truthfully, not being a big Marvel fan, I didn’t understand the need to keep recasting Spiderman and doing a new film with sort of new plots to it. I mean, their stories all started in high school. Tom just probably looked the youngest of the three. But I would say I actually enjoyed this movie with the new Peter Parker/Spiderman. Marvel and Tom’s take on the web slinging character is refreshing. Not heavy on drama like the first two. Tom is downright adorable as a high school Peter Parker struggling with his power and responsibility.
And Jake Gyllenhaal – he’s still gorgeous. Never thought I’d see him in a Marvel film though. But he was as always great. As for Zendaya, okay she’s a pretty girl like the previous MJ was. And I liked her chemistry on screen with Tom. But her take on MJ? Not so crazy about it. I get it – this MJ is independent and headstrong compared to Kirsten’s MJ, a damsel-in-distress. But I just didn’t like her as MJ so much.
Plus point that this movie was set in Europe. I got to see sights of Venice – my dream city. Also Tom is cute in a boyish kind of way.
3.  A Simple Favor

Got a copy of the movie from Dom. It starred Anna Kendrick as a single mom, mommy vlogger with a gorgeous and successful PR exec best friend played by Blake Lively. As the story goes, Emily (Lively) goes missing and Kendrick along with her best friend’s husband tries to solve the mystery of her disappearance – well more so of Kendrick’s character, Stephanie than the latter.
It’ll give you a Gone Girl feels to it. Except well even more twisted and crazier. Maybe it’s the dark humor to it or it’s really the craziness of the story but no I didn’t really appreciate it much. I loved Blake playing a devious character in this film but Anna Kendrick – I seriously feel like she’s only got one way of acting whether it’s Twilight (a teen movie), Up in the Air (where she was nominated for a supporting actress Oscar award), Pitch Perfect (that really awesome musical comedy) or this. I honestly found this to be a very dragging story.
4. Extremely Wicked, Shockingly Evil and Vile

Watching films and documentaries about serial killers in America thrills me. And so when I heard there was a movie about Ted Bundy to be played by Zac Efron, I just had to add it to my must-watch list. Luckily, even though Netflix didn’t make it available in the streaming site in the Philippines, I got to watch it.

Before this movie, I watched Ted Bundy’s docu on Netflix, Conversations with a Killer: The Ted Bundy Tapes. Let me say, this was a role that I think only Zac could play. He’s not just a handsome guy like Bundy – he almost looks like the guy in the film. He did the role justice. A far cry from his Baywatch film where I would say zero acting skills were needed. It was more about showing off his very sculpted body. Also that was a very boring film. Not this one.
5. The Lion King (live action film)

Okay so when Disney’s The Lion King the cartoon came out, I was pretty young. Maybe about 8 or 9 years old and I remember my parents making me entertain a distant grandmother who’ve just arrived from the States by singing “I Just Can’t Wait to be King” from the film’s OST.
It’s not my most favorite film of Disney.but I probably have seen it more than once. It’s the only way to explain why I still even after all this time I remember how the story goes. The live action is as good as the cartoons was. I liked the little tribute to the Beauty and the Beast in one of the scenes there. And the songs? Well I also liked them even though the renditions were somewhat different. What’s your favorite Lion King song? Mine’s Hakuna Matata.
So those are just some of the movies I’ve recently seen. Watched any good movies lately? Give me a reco by commenting below. It doesn’t have to be a new one. I’m always looking for something new and interesting to watch.