Do you remember the last movie you watched in cinemas? I do. It’s Bad Boys for
Life, starring Will Smith and Martin Lawrence. I remember this was a
spontaneous decision on my end that right after finishing my training at the
gym, I decided I would treat myself to a movie first before heading home. Well
I recently saw that it’s now on Netflix and so as a fan of this action-comedy
franchise, I am here to urge you to watch it!

If you were too young or were not born yet when the first two movies came out (Bad Boys 1, 1995; Bad Boys 2, 2003), allow me to tell you what this movie is. I was still in elementary school when the first film came out so I saw the films years later on a VCD (OMG! Still a video cd! Those things are obselete now I imagine!😄) 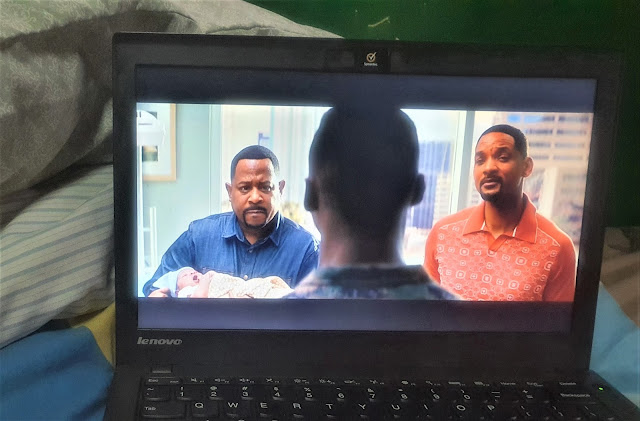 What to expect from this movie? Still plenty of action and explosions just
like in the first two movies! Smith brings most of the action as he had done
so in the first two installments. Also still a lot of laughs courtesy of
Lawrence.

When I heard there was going to be a third one, I was definitely excited to
watch it. But considering so many years had passed, my hope was that the
writers and the directors of this film would not f*ck it up. It would have
been a shame to do another Bad Boys film and not live up to its
legacy.
Good thing it was as good as I had hoped it would be. Here are the things I
liked about this movie:
1. The dig at the actors’ ages.

Bad Boys for Life is where we catch up with Detectives Lowrey and Burnett at
the end of their careers. Oh yeah. They’re old men now! The scriptwriters of
this movie made sure we knew that yes they were well aware that our hero cops
are way older now compared to the first two films.
Case in points:
1. Opening scene is of Mike and Marcus driving fast in a sports car as though
they are in a police chase with some criminals but turns out, they were going
to a hospital where Marcus’ daughter has just given birth. If you watched Bad
Boys 2, you’d remember the scene of Marcus and Mike being overprotective of
her as a teenager with her then suitor, now father of her child, Reggie.
2. During a race between Mike and Marcus, the captain bets on a muscle injury
from either one of the two when asked who thinks would win.
3. The AMMO squad are all younger saved for its head, Lt. Rita, Lowrey’s
ex-flame. Hear Smith’s character make a remark about sleeping with one of the
guys’ mother after being slightly dissed for his age.
4. Mike remarks to Marcus about wearing glasses and the latter after finally
giving in, exclaims, it’s like watching 3D!
2. This movie is not just all action and laughter, it’s got a heart

Now that Marcus is a grandpa, he’s decided it was high time to retire which
actually sets the internal conflict between him and his long time partner,
Mike who still wants to keep being the bad ass cop, with guns ablazing, taking
down criminals.
And then there’s that prayer scene where you’ll see tears flowing from Marcus’
eyes as he bargains with God to save Mike’s life after he gets shot which
thereby strips him off of his bulletproof Mike title. In the first two films,
feelings were usually brushed off. Mike Lowrey’s ex-girlfriend dies? He sighs
and goes on a long drive with his porsche (Bad Boys 1). Marcus Burnett’s
younger sister gets kidnapped (Bad Boys 2), he exclaims “shit just got real”
and races off to save her with Mike in tow of course.
You’ll feel sad for Mike and Marcus when the latter rejects his partner’s plea
to come out of retirement and be bad boys one last time so they can find out
together who was after Mike and give that motherf*cker what he deserves.
There’s a hurt in Lawrence’s eyes as he rejects Mike.

3. Mike Lowrey has a back story

The third film gives us a better understanding of Mike Lowrey and how he came
to be. Turns out, villain Isabel and Mike were in love once and she taught him
everything – how to act, how to dress, how to talk – she made
Mike Lowrey. And he put her in jail! No wonder she was hell bent on seeking
revenge.
4. More Plot Twists!
So yeah, turns out the back story of Isabel Aretas and Mike Lowrey isn’t the
only twist to the story.
There’s the death of the captain! That was a shocker. If you’ve seen the
first two films, you’ll know the captain, played by Joe Pantoliano, always
loses his temper and has always seemingly been on an edge of a nervous
breakdown because of Mike and Marcus’ antics. But he treated them like
family. In fact, in this movie, Captain Howard admits Mike Lowrey was like a
son to him.
And Mike has a son with Isabel! Gasp! And that’s who she sent out to kill
him.
5. Soundtrack

Music also adds to how good a movie is. Like the two other films, this has a
lot of hip hop and R&B songs to it. DJ Khaled, who also plays a role in
the movie, was the music producer. I read that when it was first announced, it wasn’t very welcomed by fans on
social media.
Still, you can’t get their song, Bad Boys, out of your head. The song by
Florida reggae group Inner Circle was first made popular by the TV show,
Cops.

Bad boys, bad boys, whatcha gonna do? whatcha gonna do when they come for
you?
And if you’re clamoring for more Bad Boys, it seems there’s going to be a
fourth! The end credits hinted at such and the thought of that excites
me!
We ride together. We die together. Bad boys for life.
movie review, NetFlix
Share :