All The Series that Got Me Through 2020

I’ve always enjoyed watching series even before streaming services like Netflix came along. I remember having marathon CSIs every Sunday at home on cable TV and buying DVDs of my favorite series. Thanks to streaming services, I’ve been able to watch a lot more series – old and new even more so this year because staying home is the safest way to avoid catching COVID-19. 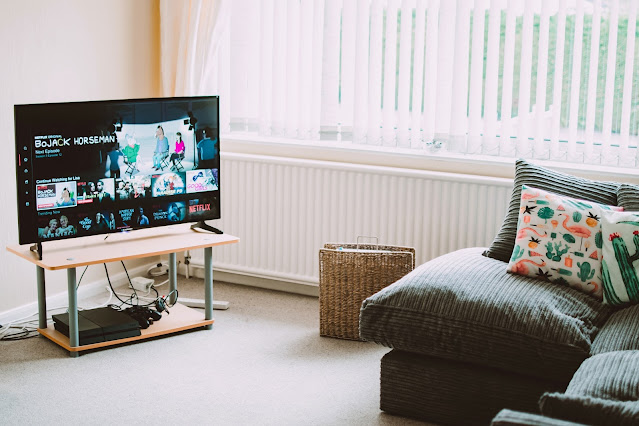 Photo credit: Lisa Fotios from Pexels
With 2020 ending, I just want to share all the series that I binged watch and kept me entertained at home especially during the strictest lockdown that happened in the early months of this year. Most of the series on this list are available on Netflix and Amazon Prime.
Who knows? Maybe you also watched them too and we could talk about our love for the show or you might get an idea or two what to watch next since we’ll most likely still be finding ourselves staying at home as much as we can come 2021.

This wasn’t a series I discovered only during the lockdown. In fact, Gilmore Girls is one of my ultimate favorite, must watch series! I love a whole lot of things about Gilmore Girls starting from the fast talks of Rory and Lorelai, the witty banters and dialogues dripping with sarcasm, the men and their relationships with the Gilmore Girls and I absolutely found the town of Stars Hollow very charming.
Then and now, I’ve been on Team Jess (for Rory). But Lorelai, well, I was originally Team Christopher – guess I was such an idealist because he is Rory’s father and he knew Lorelai well but I switched to Team Luke after re-watching the series which I only got to finish thanks to Netflix.

Also a series set in small town USA about 3 women who are also best friends. Sweet Magnolias is based on a book series of the same name authored by Sheryl Woods. This series was only released early this year on Netflix and a second season has already been announced. However, with the pandemic raging on, I don’t know when this series will in fact return but I know I am looking forward to it. Meanwhile, if you haven’t seen it, read this blog post about why you should watch Sweet Magnolias.

This series aired in 2014 and it’s one of the shows my friend from work, Eileen and I used to watch. I stopped watching Jane the Virgin before because of a spoiler I read which made me lose interest in following the series. But now I’m watching it again. I started back at Season 1 and my love for this show was revived!
In case you had no idea what Jane the Virgin is about, the show’s premise is about a young woman Jane Villanueva whose life got turned upside down after being accidentally inseminated and gets an even bigger shock when she finds out that the baby daddy of her child is none other than her boss and former crush.

I’m sure you’ve heard of this popular series on Netflix. It was a highly talked about show when it was released! It’s just a feel good show starring Lily Collins as Emily Cooper, a marketing executive who got the adventure of her life when she was sent to live in Paris to oversee a French marketing firm that her company in Chicago acquired. Read my review of Emily in Paris.

Another old series that recently became available on Netflix. I was actually about to watch it on Amazon Prime already but well I already had a subscription on Netflix. I was still in high school when this series first aired!
It’s an American teen drama about two childhood friends, Joey and Dawson, who go through different life experiences as they go through adolescence and their friendship tested when they have both develop romantic relationships with other people.
Then and now, I still think Dawson is such a drama queen. LOL. But he’s cute. Also then and now, I’m still on Team Pacey. I do miss the iconic opening theme song of this series, I Don’t Want to Wait by Paula Cole but Run Like Mad by Jann Arden, the opening theme song you’ll hear now, is equally catchy and actually, I dare say, more fitting for a teen drama series. In case you’re wondering why the original song was replaced, you can read this article.

I know this Emmy award winning series has been around for awhile now. In fact, I know a couple of friends who are fans of Modern Family. I only got around to watching this comedy series during ECQ and I am glad I watched it! It’s really entertaining and it made me laugh a lot which is a very good thing as these are tough times we are facing.
I’ve yet to watch the 11th season though, the last season, since it’s not available on Netflix yet. I’m hoping it will be but I guess I’ll just have to wait and see.

Another American sitcom that kept me laughing during the ECQ days. Will and Grace is about Will, a gorgeous lawyer and his best friend, Grace, a smart and sassy interior designer. They are both looking for love and they are made for each other in every way except for one thing – Grace is straight and Will is gay. It stars Eric McCormack, Debra Messing, Sean Hayes and Megan Mullaly.

This medical drama has been around since I was a College fresh graduate, just starting out on her first job! I remember that because I had this bitchy co-worker who used to gab about Grey’s Anatomy’s latest episode with my supervisor. It would be years later before I would join the Grey’s Anatomy fandom. I even bought DVDs just to catch up on the series. I love #MerDer (Meredith and Derek) and for me, no one else can be as perfect for Meredith as Derek. My heart still breaks knowing he died and for awhile, I actually stopped watching the series because I found it hard to move on from Derek’s death. Has that ever happened to you? You get attach to a character so much that when the character gets written off the show, you just lose interest in watching?
Well, it’s been a couple of years since Patrick Dempsey left the show and I only gave Grey’s Anatomy another chance this year. I’m now on Season 14.

The show is about Dr. Gregory House, an ingenious and unsociable physician who disregards hospital rules, clashes with his fellow doctors and his assistants as he tries to diagnose patients with mystery illnesses. House is like CSI, only he solves illnesses not crimes.

This is another old comedy drama detective mystery series I watched on Amazon Prime. My Dad and I both love this show about Adrian Monk, who used to be a police officer who was also obsessive compulsive. After his wife, Trudy, died, he became even more OCD and struggled with simple everyday tasks but he continued to investigate cases as a private detective.

Hello, Stranger is a romantic comedy and drama web series that stars Tony Labrusca and JC Alcantara and produced by Black Sheep Productions.  It aired on YouTube every Wednesday from June to August. Not only is this the only Filipino series I watched this year, it’s also the most different from the list since this is a boys love genre. My best friends and I even had a virtual watch party every time this aired and after, we’d go on to talk about the episode we just watched.
Share :