On a weekend when it was just us ladies hanging out, Mai and I decided to go to Salcedo Park. We used to go there all the time. We were just going to go to Coffee Bean when we decided to go try La Creperie finally. We were going to try it out earlier this year but couldn’t find the place which as it would turn out was at the back of the V Corporate Center (duh!). 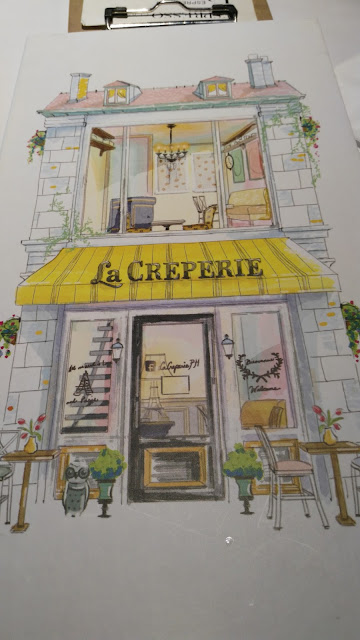 I thought it was a charming place to dine in at and we initially planned on just getting desserts. 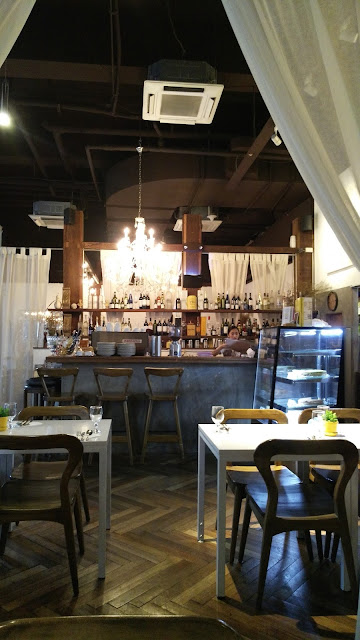 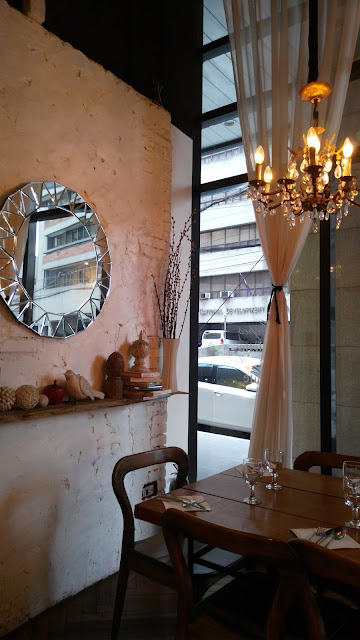 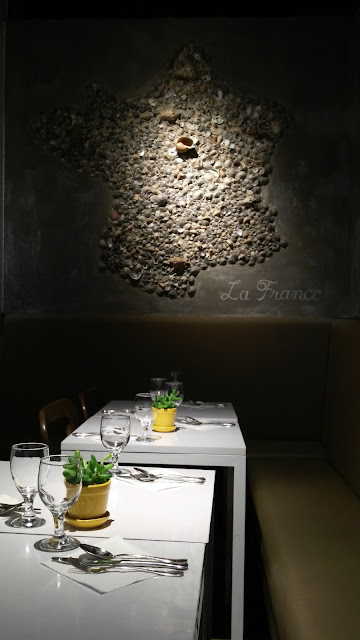 The place was empty when we first got there. Though around dinner time, people had started arriving. Luckily, I’ve already taken these photos.
Mai and I decided to have early dinner here instead of just desserts since we saw that they also offer main dishes. Boy how I regretted that decision. 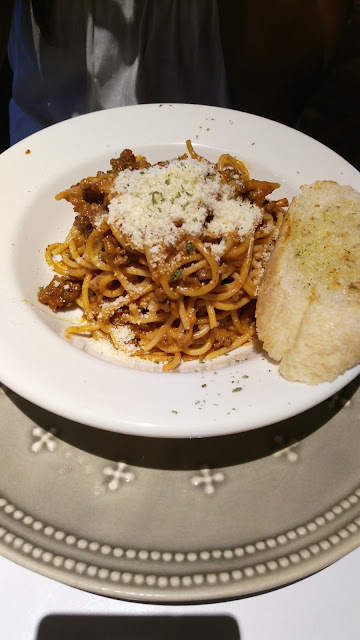 Mai ordered bolognese pasta.The sauce was a little creamier than I’m used to but it was okay. In fact I thought I should’ve ordered that instead! I ordered the Corned Beef. When I told Ryan this story, he said “why did you order corned beef? of all the things you can order!” Well, I pick the safe choice when it comes to food usually and so when I saw corned beef, I said that’s what I’m getting. I found the taste bland. But perhaps it was because I didn’t dip it in vinegar. I don’t like vinegar. I downright dislike the smell of vinegar. I had high expectations of the corned beef but it was for me a let down. 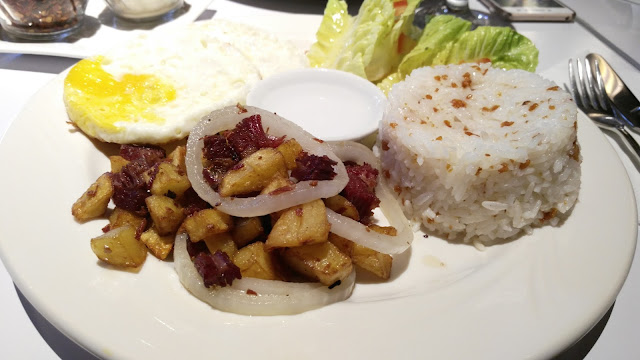 What saved the whole dining experience? Well, the dessert and tea did. We ordered the 20 layer emille crepe cake and the silver moon tea which we got as a recommendation from someone on Foursquare. 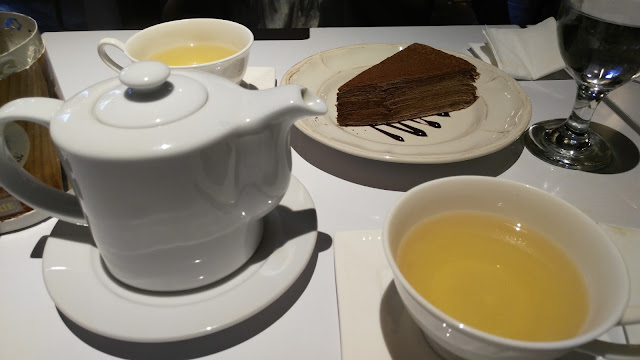 Like I said, the place is pretty – makes a good background for IG-worthy photos which I took advantage of, obviously. Loved what it says on the poster behind me. 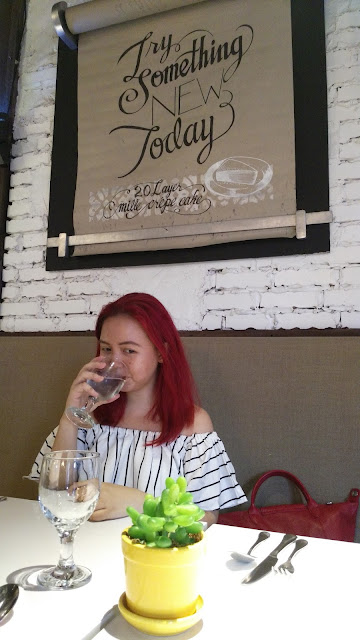 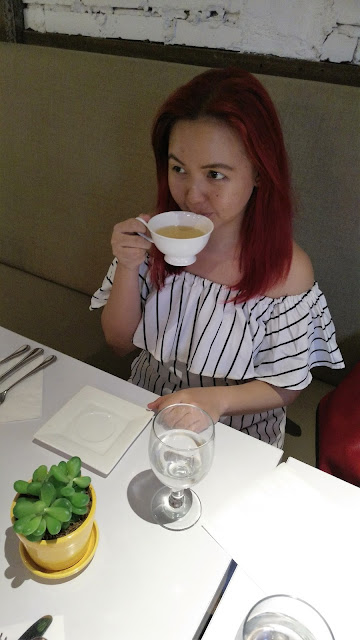 Actually even the bathroom of this resto has a cute wall decor of Parisian men and women in silhouettes and that French saying “life is made of small pleasures”. Couldn’t agree more! 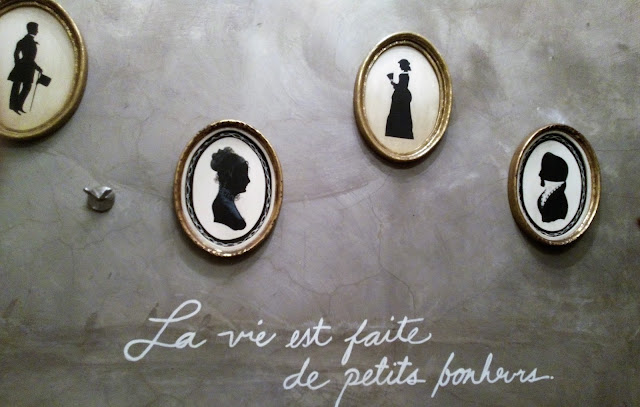