This week actually went by in a blur… probably because I’ve been going out after work the entire week. And I have to say that despite some real frustrating and downright irritating events at work, I found myself creating new and happy memories this past week with a series of firsts.

It’s been awhile since I visited a hair salon and treated my hair to some TLC. Since I’ve been trying to maintain my red hair, my already frizzy and unruly hair is in an even sorrier state and so I decided to make time to drop by Piandre in Greenbelt to get the Macadamia Treatment. It’s the first time in a long while I went to the salon on a weekday.
I love love love that hair treatment! It’s not a semi-permanent one that would give me instant smooth and shiny gorgeous locks thanks to some chemicals; rather it’s an all natural treatment that makes use of macadamia oil. I tried this treatment before and I loved it so much I bought the products. Sadly, since I wanted to do some lifestyle cost-cutting, I gave it up at the expense of having bad hair days. 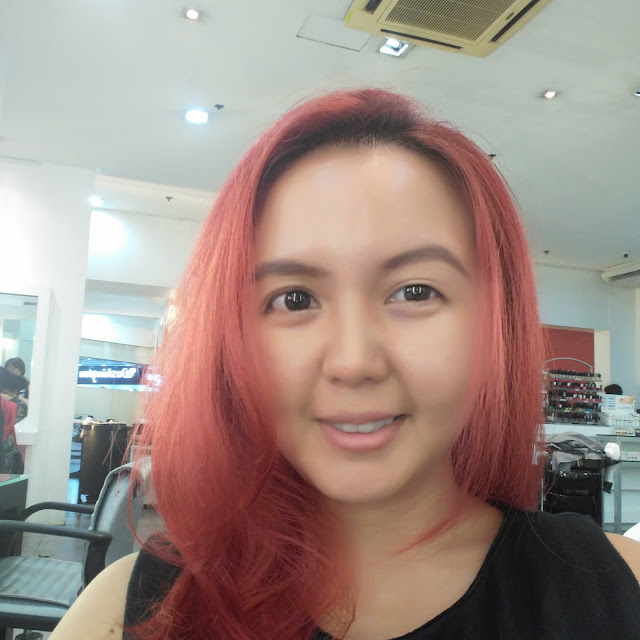 My hair looking real nice with volume after the treatment. It’s softer to touch and smelled real good too! Bonus: while getting the treatment, I got a real good massage too which is perfect because I’ve been having some muscle pains from lugging around a heavy bag.
Note to self: go back and buy the Macadamia Natural Oil products again.
The whole treatment lasted for about an hour. I only intended to go to the salon and then go home. But Mother Nature had other plans – when I got out of the salon, there was heavy rains. and I got stranded in the mall. So what do I do to pass the time? I went and watched the last full show at the cinemas. 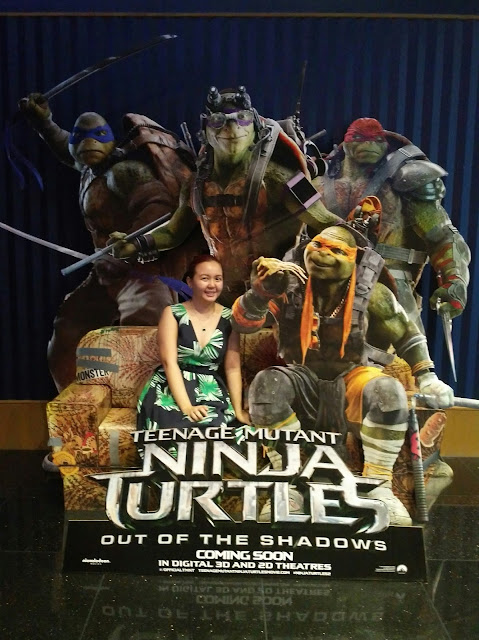 Yep! I finally watched Teenage Mutant Ninja Turtles: Out of the Shadows – the one I didn’t get to see over the weekend that past week because I watched Love Me Tomorrow instead with my friends. It was a cute and funny movie. Mikey’s my favorite turtle.
French Film Festival Thursday 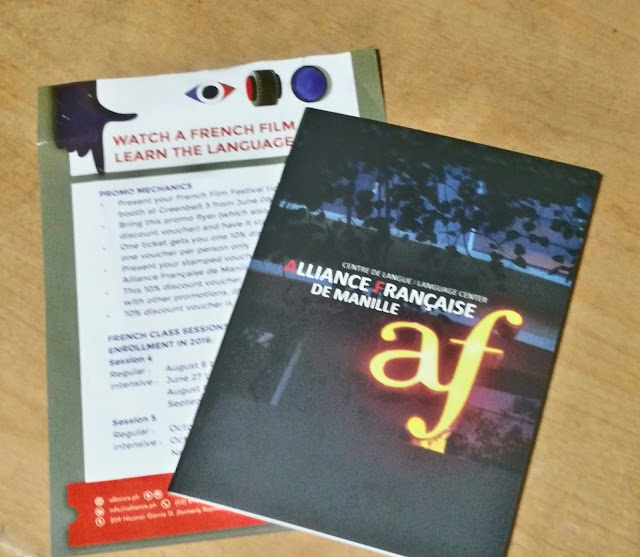 The annual French Film Festival happened this past week and I’ve always wanted to watch a French film at the cinema! I’ve always been interested to learn the language (actually interested to learn other foreign languages) so foreign film festivals definitely interest me. After years of intending to do so, this year, I finally went! I watched Les Souvenirs (Memories) with my friends after work because it was the only French film showing at 8PM in Greenbelt 3 Thursday night. It didn’t disappoint. It was surprisingly a good movie to watch – even Ver enjoyed watching it. It was a funny and heartwarming story.
Art and Fashion Saturday
My friend, Jordan whom I don’t often see invited me to go visit Silverlens Gallery. He’s become fascinated with art recently he says. I’ve wanted to go to Silverlens ever since I started trying to appreciate art so I went with him on a Saturday morning to the art gallery.
Jordan loves dressing up and taking OOTDs so this past Saturday meant art and fashion. 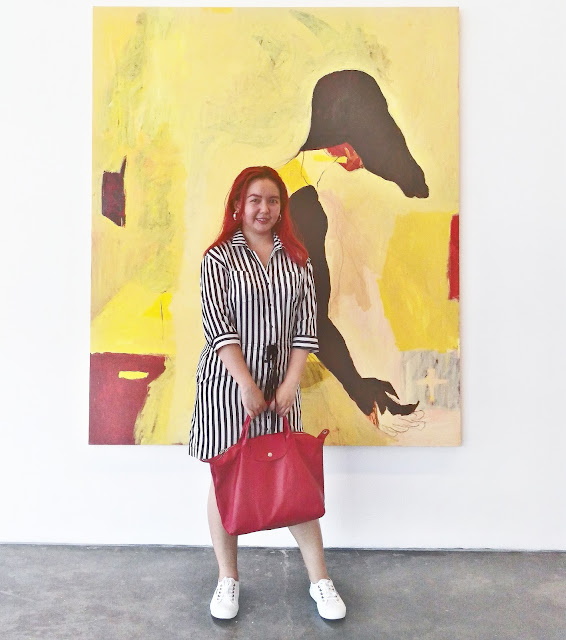 Wearing my For Me dress, Superga white sneakers and Longchamp leather bag which matches my very red hair!
This Saturday, I also did another first. First time to watch a scary movie alone just as the Cosmo Commandment says! 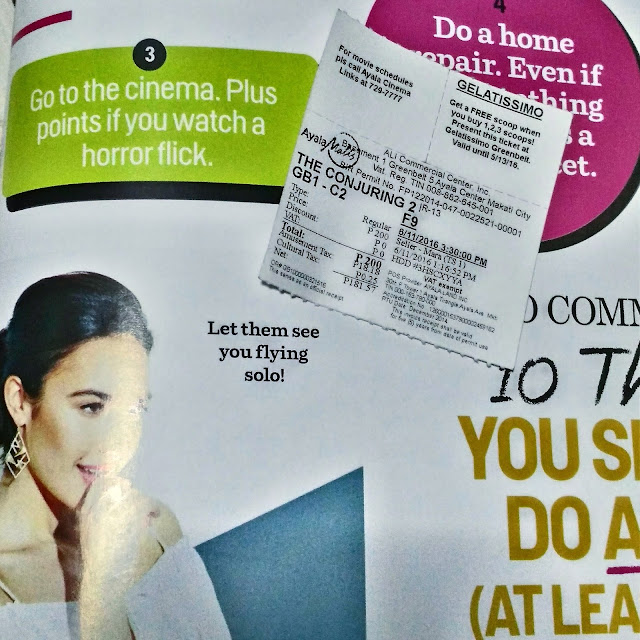 I like scary movies! I even turn the lights off my room when I watch at home. I’m scared of course and I sometimes become afraid of the dark after watching a horror flick but I keep watching anyway. I think it’s fun! None of my friends wanted to watch The Conjuring 2 though so I went alone.
It’s seriously scarier than the first one. I would have probably screamed too or watched with my eyes partly covered if I was home alone or if I wasn’t sitting beside some guy strangers. But I enjoyed watching it even though I was seriously scared! I survived my first solo horror movie flick in the theaters! Yay me!

My First Out of Town Trip

The Lure Of Pearl Bracelets