by Liz
No Comments
0 Like
Here I go again with the Good Reads Reading Challenge. I’m still determined to finish the challenge I set for myself. The only reading challenge I’ve been able to complete so far was about 3 years ago already.

This year, I challenge myself to read 24 books. Again!

So far, I’ve only gotten around to finishing one book – Robert Galbraith’s The Silkworm. It’s actually a book series – the first was The Cuckoo’s Calling. I normally wouldn’t read a book’s sequel until I’ve read the first (exactly why I was not able to finish Sweet Valley Senior High and Fear Street Sagas!) because it’s just not normal. Reading the first novel would give you more background on the story of the next book of the series. But well in my defense, I didn’t realize that until I’ve already bought it. 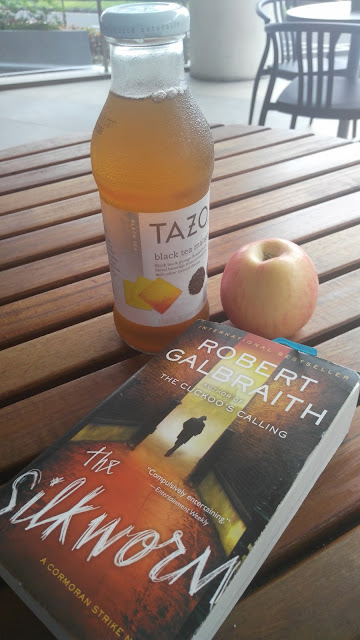 The Plot: When novelist Owen Quine goes missing, his wife calls in a private detective Cormoran Strike. Mrs. Quine thinks her husband has gone off by himself for a few days – as he has done before – and she wants Strike to bring him home.


But as Strike investigates, it becomes clear that there is more to Quine’s disappearance than his wife realizes. The novelist has completed a manuscript featuring poisonous pen-portraits of almost everyone he knows. If the novel were to be published, it would ruin lives – meaning that there are a lot of people who might want him silenced.


When Quine is found brutally murdered, it becomes a race against time to understand the motivation of a killer unlike any Strike has encountered before.

My 2 cents: I started reading this book at Powerbook Greenbelt 4 while I was passing the time. And I finally bought it late last year when I accompanied my best friend, Ryan at Coffee Bean and Tea Leaf one night. He had to work and I didn’t want to go home just yet so I decided to buy the book to keep me entertained while I waited for him.

Overall, I thought the story was intriguing and exciting. Like I said, from the first few pages, I was already hooked. I enjoyed how the story unfolded from Strike discovering the lifeless body of Owen Quine to him meeting the various people who were mentioned in the book and to the end where he finds out who the killer is. I had my suspicion on who killed Owen Quine but I was so wrong!

I only wish I got to read the Cuckoo’s Calling first. Though the story of the second book is separate from that novel, reading it would probably give me a better understanding of the characters’ personal lives which were weaved in this novel. 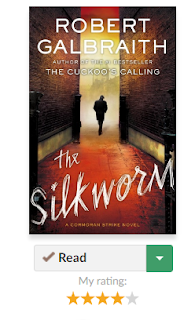