Confession: I’ve been a Britney Spears fan since I saw her video of her debut single, Baby One More Time on MTV back in high school (how very telling of my age now! Ha! Ha!) But anyway I’d never forget that sexy school girl costume complete with pigtails with the furry scrunchy. I thought Britney was the cutest thing! And her dating Justin Timberlake of N’Sync only made me like her more because they were such an adorable couple!

Fast forward to 2017 and hello! Britney Spears, the pop princess herself announced that she was finally going on a world tour and the Philippines is part of it! I was excited as I am sure a lot of older millennials who grew up listening to her music and admiring her abs!

So guess where I was last Thursday night, June 15?

To be honest, I didn’t think I’d be able to watch anymore. The tickets were quite pricey – well most concerts are specially when held in MOA Arena or Concert Grounds and well, I wasn’t completely into the idea of shelling out so much money!

But I have this girl to thank for giving me the chance to see Britney in concert!

Some people said it’s not worth it to see Britney in concert especially because she lip syncs. Yes, I quite believe she was lip syncing most – if not the entire time – she was on stage. It’s no wonder her audience interactions were short. But anyway, who cares if she does? It’s a known fact that Britney’s not famous for her vocal chops. That was more Christina Aguilera – were you old enough to remember those days when they were constantly pitted against each other?

You pay to see Britney Spears in concert because the pop princess is a true blue performer! 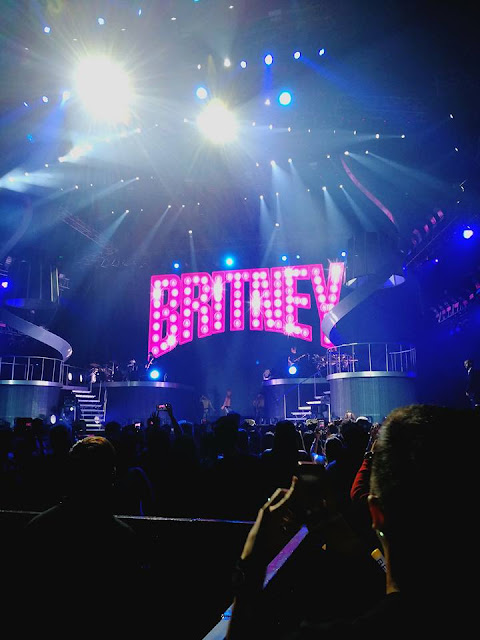 I loved my seat. I was so near that stage! Not as near as Erin who was at the SVIP row but still near enough to see Britney close.

The concert was awesome. Britney sang most of her hit songs that seriously gave me that wistful feeling such as Baby One More Time, Boys, I’m a Slave 4 You, Toxic, Circus, Drive Me Crazy and Womanizer just to name a few. Yes, it’s a real trip down memory lane just like when I watched Backstreet Boys and The Moffatts in concert.

To kickstart her concert on a high note, she sang Work Bitch. Oh  a lot of people gays and ladies alike know this song for sure! It’s become quite an anthem. You wannna hot body? You wanna Buggatti? You wanna Maserati? You better work bitch!

I’m one of those people who’s glad she was able to bounce back from her troubled past. I so remember her awful Video Music Awards performance – her supposed come back performance. I remember her shaving her head and being photographed by paparazzi without underwear on as she went down the car and hanging out with then party girl Paris Hilton. 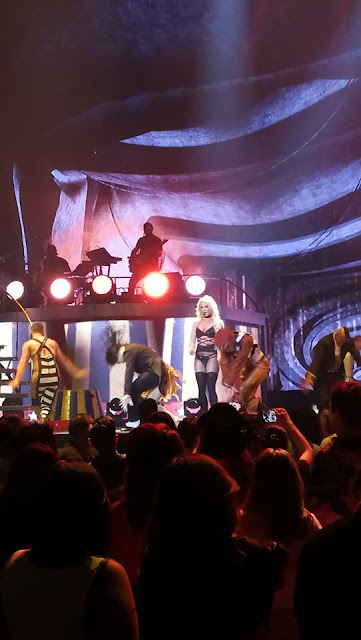 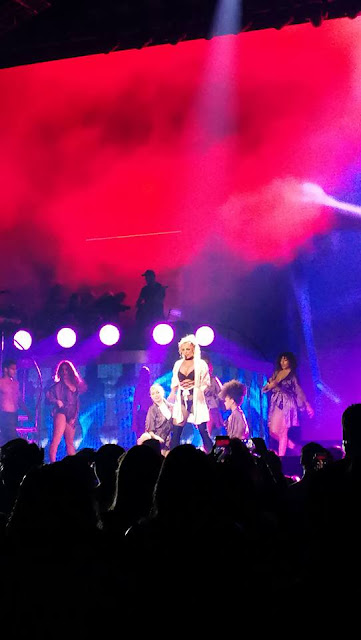 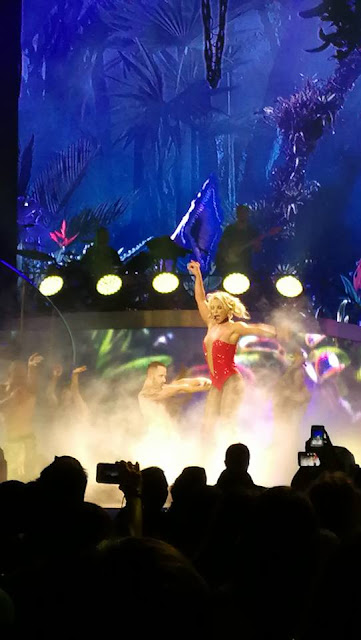 The concert’s production was also a sight to behold.

And just as the concert started on a high, it ended exactly the same way as Britney sang her final song, Til the World Ends.

The arena that night was almost a full house! A lot of people – mostly my age – came to watch her perform. Some even went to the extent of dressing up like Britney in some of her memorable costumes like Circus and Baby One More Time and I’m not talking about just the celebrities here like Sarah Labahti. I’m talking about the normal people who are true blue Britney fans.

A cherry on top of an already wonderful night? There was a mini reunion with my other friends, Ryan, Ver and Hazel. It was such a coincidence that our seats were in the same area.

Seriously, I’m thrilled I got to watch Britney Spears in concert. It’s definitely a once in a lifetime experience.

#BritneySpearsMNL, Britney Spears, concerts, LIZ in the city, things to do in the city
Share :