Films to Watch on Netflix This Christmas 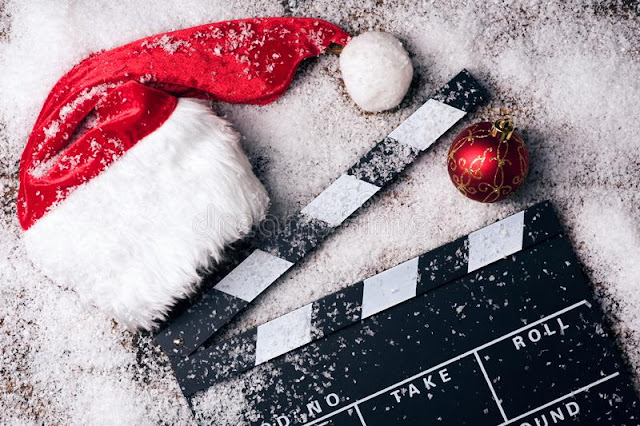 I started watching Christmas films early this year. As soon December began, I’ve already started streaming Christmas movies on Netflix. Below are some of the
1. Fred Claus
This is the only non-Netflix original movie I’ve seen so far this year. This comedy film stars Vince Vaughn as Fred Claus, older brother of Santa Claus. When he lands in jail, Santa bails him out on the condition that he goes to the North Pole to help out by making toys for Christmas.
It’s definitely not a Christmas classic but it’s got some good points to it. I mean it is a star studded cast for one thing. Also, I kind of like the story about being there for your  family. The main thing I would say I love about this film is that it’s got a good soundtrack.
2. Operation Christmas Drop
This Netflix original is about Congressional aide Erica Miller who’s sent to a beachside airforce base to check out Captain Andrew Jantz’s pet project – Operation Christmas Drop and report back her findings to Washington. It stars Kat Graham whom I know most for being Bonnie Bennett from The Vampire Diaries.
Operation Christmas Drop is apparently a true story. It’s a tradition that started in 1952 serving as a training mission for the US Air Force. It’s the Department of Defense’s longest running humanitarian airlift operation.
3. The Holidate
Two strangers make an agreement to be each other’s platonic plus-ones all year long after being fed up on being single every holiday only to end up having real feelings for each other along the way. It stars Emma Roberts and Luke Bracey as the two strangers who make the arrangement. Can I just say that Emma doesn’t seem to age?
I thought this was a cute and funny movie.
4. The Christmas Chronicles 2
In this sequel to The Christmas Chronicles, Kate Pierce is now a teenager who finds herself reunited with Santa Claus when a troublemaker threatens to ruin Christmas forever. The original cast are back – Darby Camp as Kate, Kurt Russell as Santa and Goldie Hawn as Mrs. Claus who this time around plays a bigger role in the film.
I enjoyed watching The Christmas Chronicles when I saw it a couple of years ago and this sequel is just as entertainable to watch. My favorite part was the song and dance number scene in this film and this message is a great reminder to all of us as we celebrate Christmas “It’s not where you spend Christmas at. It’s who you spend it with.”
5. Dash and Lily
Okay this is technically not a movie but it is also a new Christmas themed drop from Netflix. My bestfriend recommended this to me. He said I’ll find this cute and enjoyable to watch and he was definitely right.
It’s a story about a whirlwind romance between two teenagers, Dash, a Christmas cynic and Lily, an optimist. The story starts when Dash finds a notebook hidden on one of the shelves at the bookstore and takes up the dare Lily lays out and from a dare, they start to trade dreams and desires as they pass it back and forth all around New York city.
I still have quite a number of Christmas themed movies to watch and that’s just on Netflix alone. I’m thinking of checking out Christmas films at Amazon Prime too. If you have any recommendations for the latter specially, please drop them on the comments so I can check it out.