The best thing about living in the city is leaving it from time to time. So I decided one weekend to start it off with a trip to Corregidor Islands with a friend.

I’ve always known that Corregidor was a historical place as it played a big role during World War 2. But it was only when a friend of mine shared an article about Sun Cruises offering a day tour package trip to Corregidor Islands that I really got enticed to visit the place.
So off we went one early Friday morning to CCP Complex to board the boat that would take us to the island of Corregidor, about 26 miles from Manila. The trip from Manila to Corregidor took about 1 1/2 hour. I highly suggest you drink Bonamine before boarding even though you don’t think you’re the type to get seasick. Trust me. I didn’t have vertigo but the way those waves splashed around our boat which was enclosed and airconditioned, well, I found myself having a dizzy spell. Luckily, I didn’t throw up like some of the other passengers in the boat did.

I recommend bringing shades, applying sun block, and tying your hair if it’s long when you decide to take a trip here by the way. Oh and drink Bonamine to avoid sea sickness. 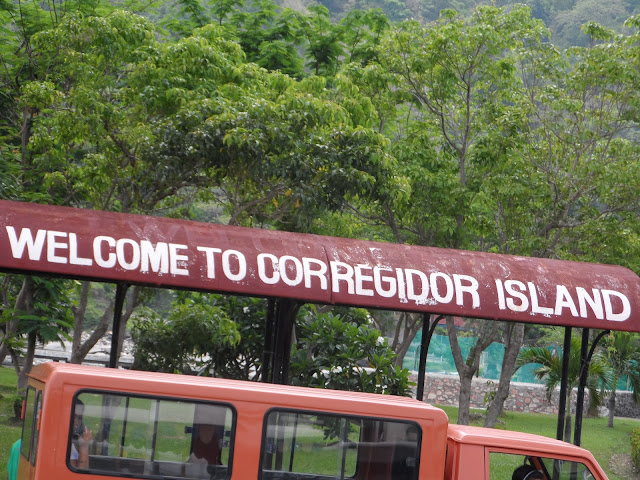 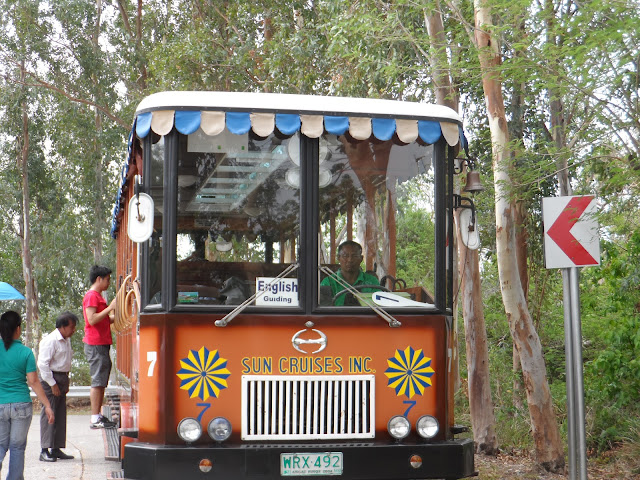 The tramvia. This is the ride that took us around the island. 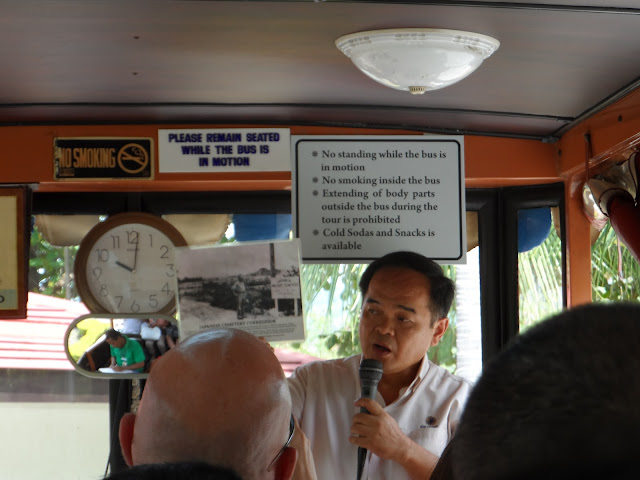 And that’s Sir Carlos Reyes, our tour guide. Each tramvia had its own tour guide. I quite liked ours. He cracked amusing jokes while he went on telling the history behind Corregidor.
One of the places we visited during the trip was the Japanese Memorial Garden. Here are some of the wonderful sights to see there: 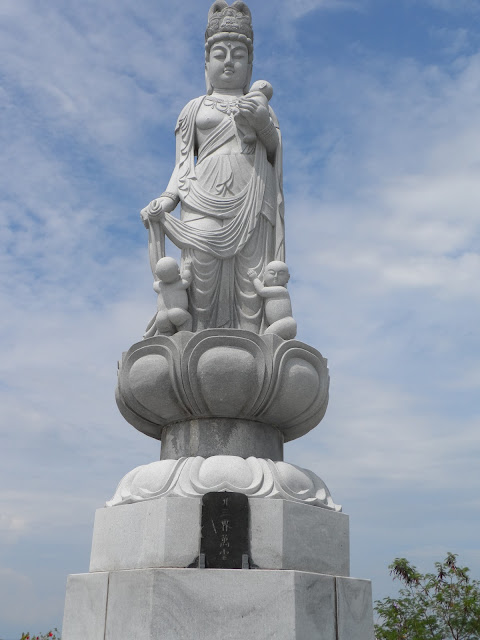 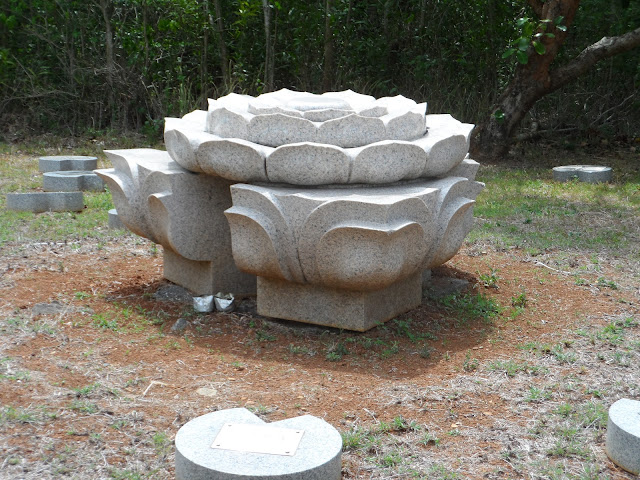 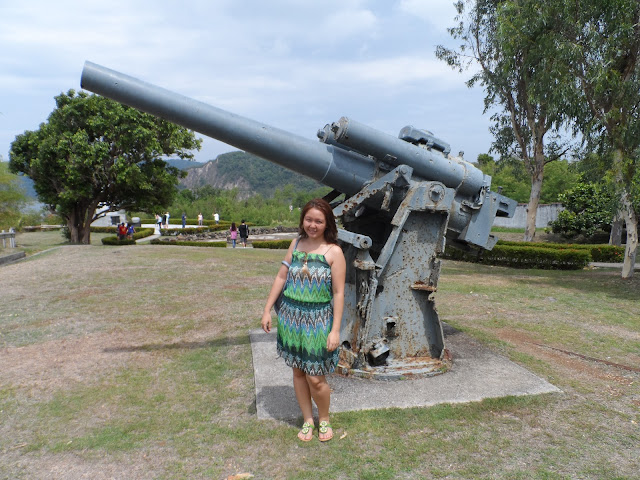 Of course being the defense of Manila, there are actually quite a lot of those big and heavy artillery around the island. That’s just one of them. 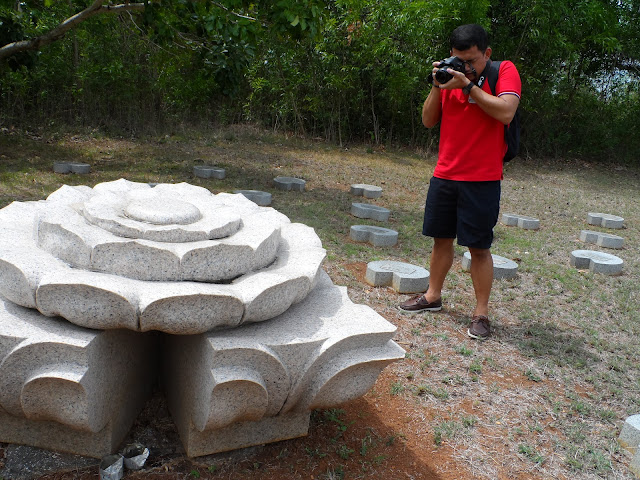 We also went to the Filipino Heroes Memorial Park. It has a museum that housed old photos of our Commonwealth President, Manuel L. Quezon and some paintings too. 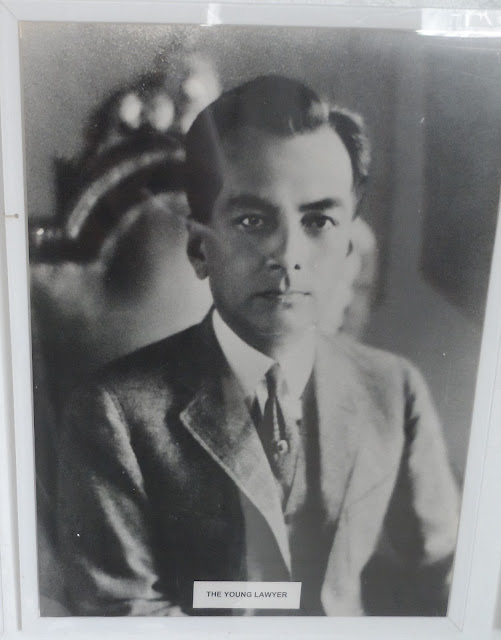 President Quezon sure was good looking during his youth. Bet a lot of women during his time vied for his attention.
My favorite stop was the trip inside the Malinta Tunnel. 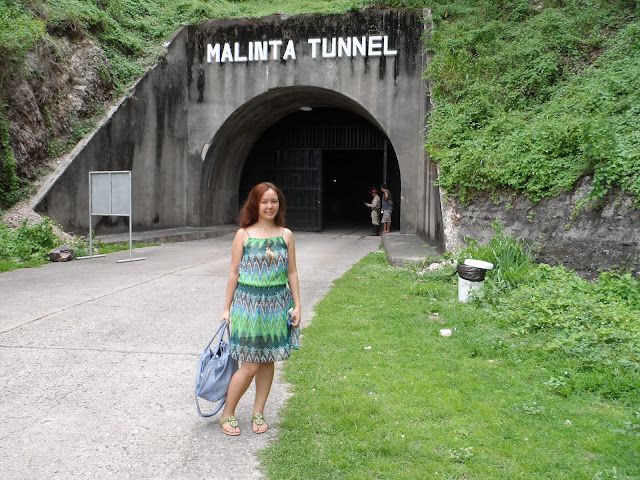 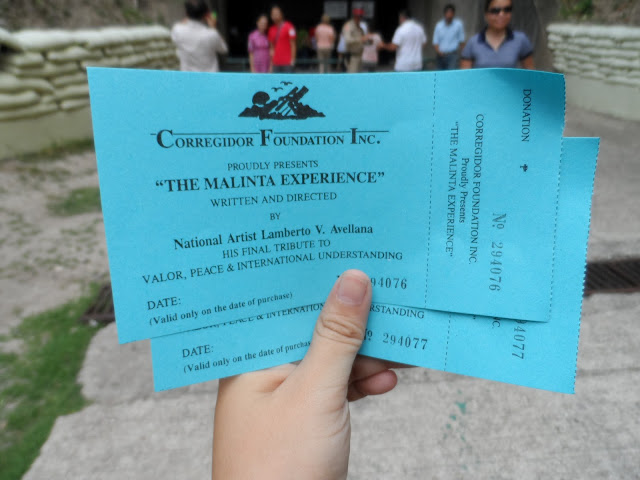 Ryan and I watched the Lights and Sound with Diorama inside the Malinta Tunnel. Prepare to shell out an extra Php150 for this. It’s optional of course. Those who don’t want to watch can just stay inside the bus. But I didn’t want to stay behind. Hello! Why should I? I went to Corregidor to take in as much  historical culture as I possibly could and that’s the Malinta Tunnel. One should not miss going inside. 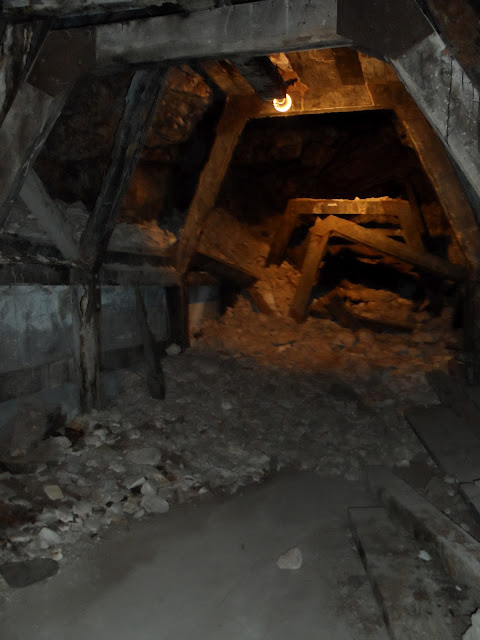 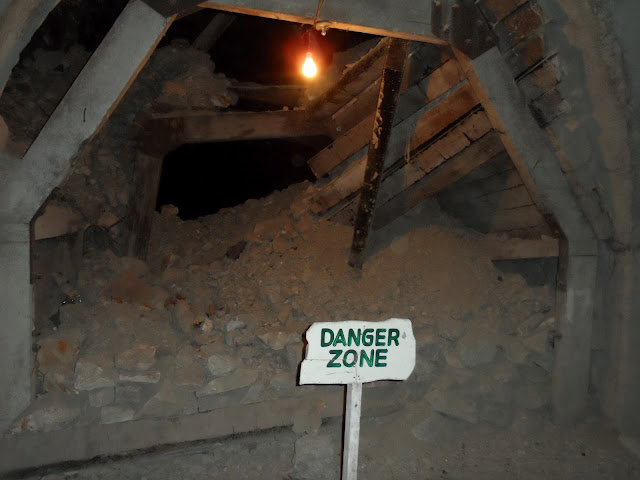 Photos of the lateral tunnel inside the Malinta Tunnel which they said proved to be a very good hiding place for General McArthur, the American army and the Commonwealth President, Manuel Quezon. Since we only took the day tour trip, we didn’t get to explore the lateral tunnels. If you’re really adventurous, I highly suggest you take the overnight trip and go ghost hunting inside the Malinta Tunnel. I would’ve wanted to but there was no convincing Ryan to do the same. Scaredy cat. Haha. 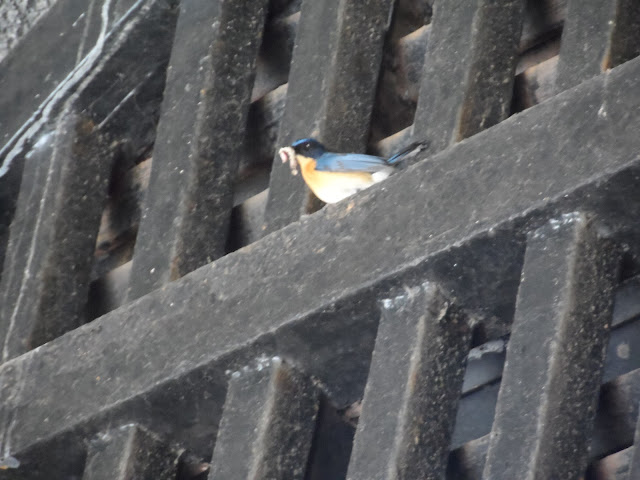 Interesting bird. Never seen anything like it in Manila. I’m not sure what kind of bird this is. 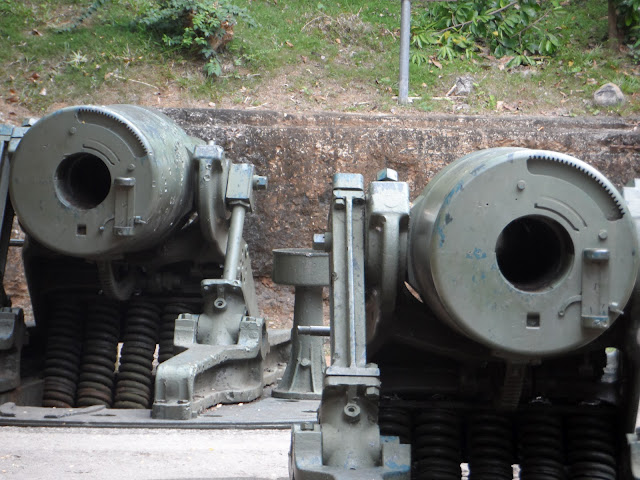 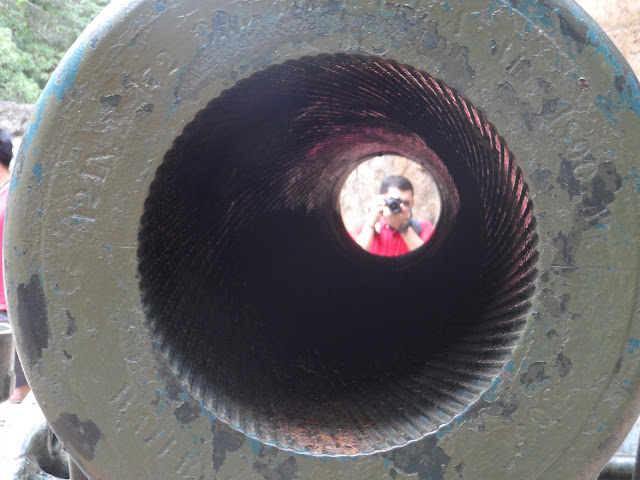 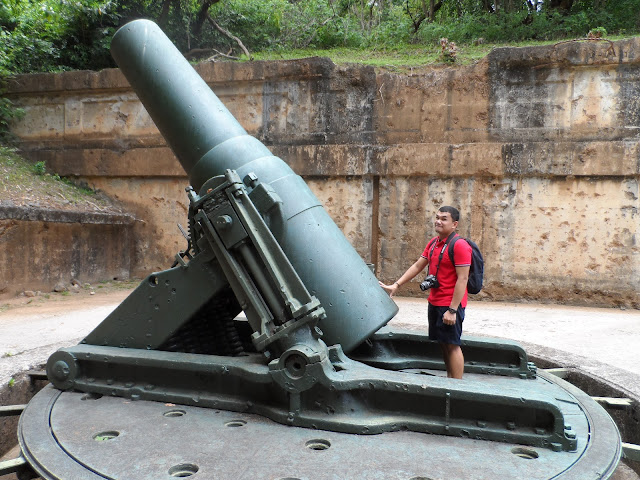 Like I said, quite a lot of these heavy artillery around the island. 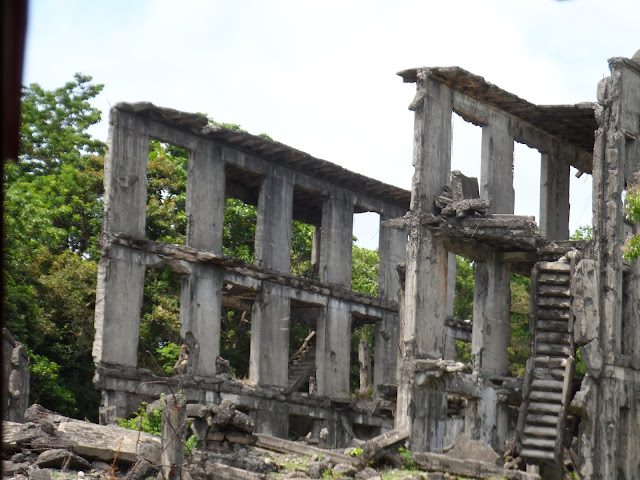 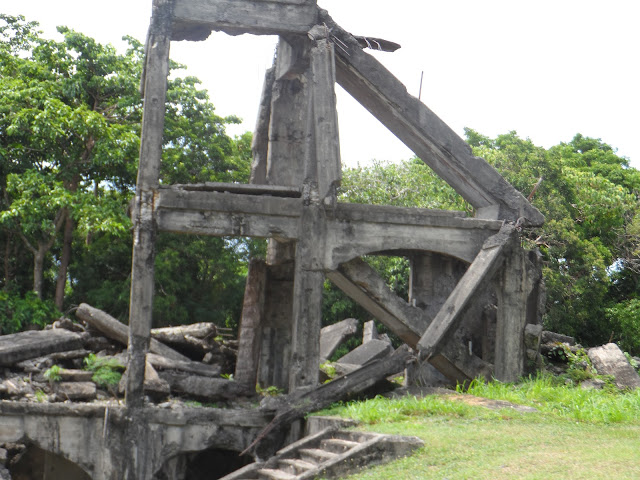 The famous ruins… The ones you always see in photos whenever Corregidor is mentioned. This is Ryan’s favorite sight to see actually. Well that’s actually one of the military barracks in the island. According to our tour guide, this used to be one modern military barracks complete with a library, a training ground, entertainment area etc. 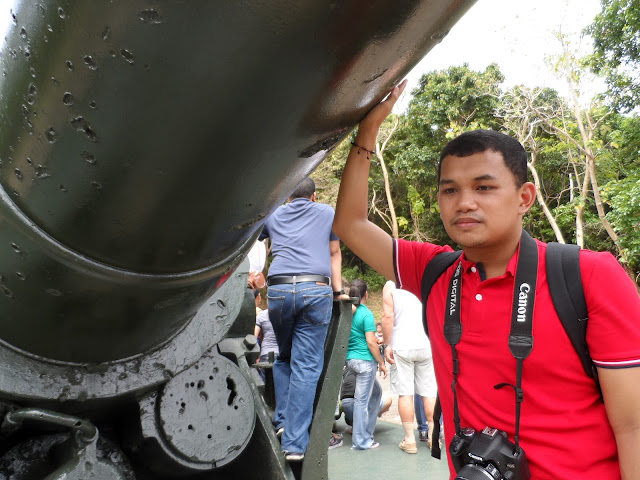 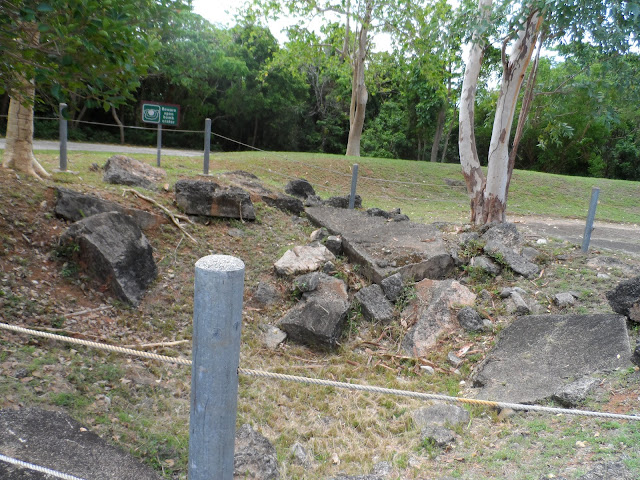 That’s a bomb crater right there. It’s where one of the bombs landed during the World War 2. 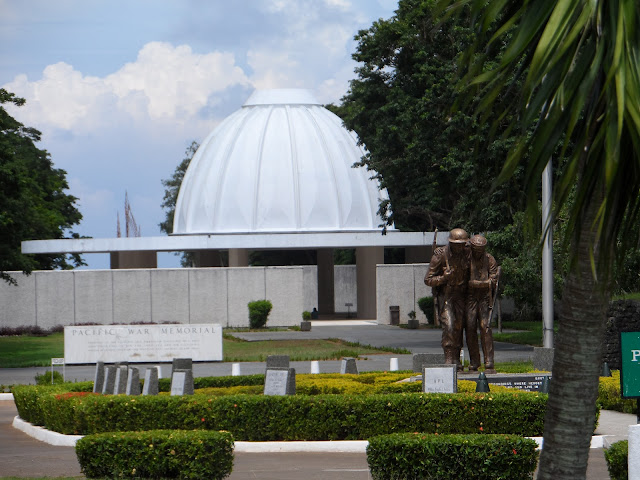 The Pacific War Memorial was one of our last stops. It’s nice there. You have to go in to find a breathtaking view. 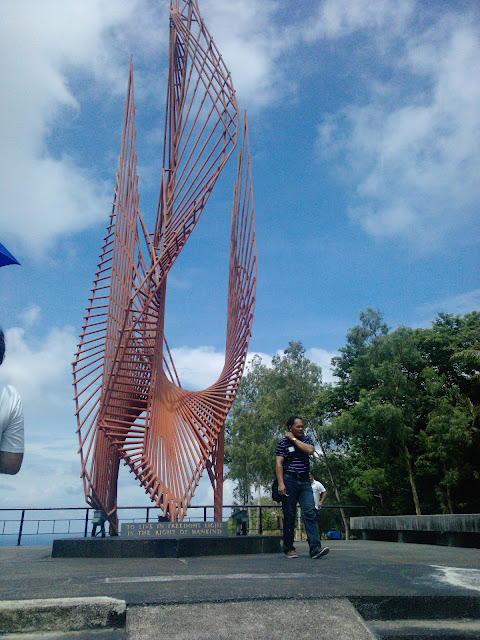 An interesting art piece that you’d find inside the Pacific War Memorial. 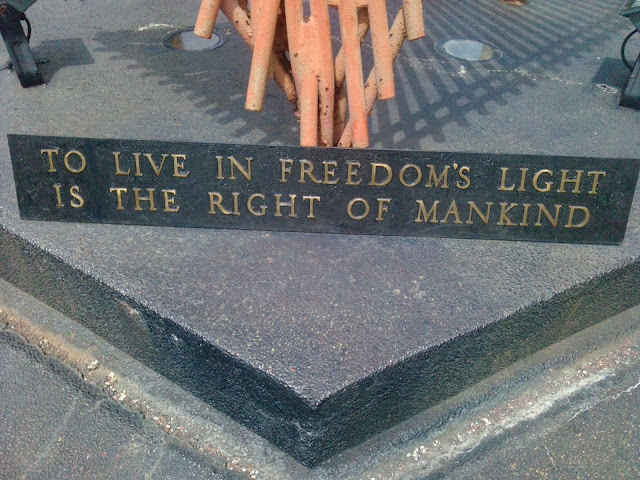 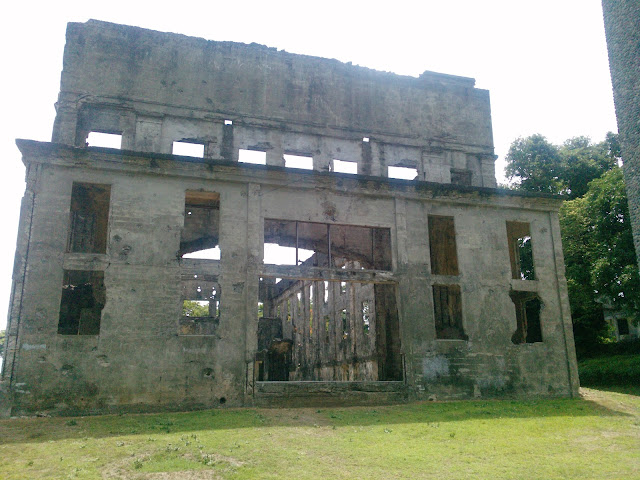 This is Cine Corregidor. Back in the days of the American invasion, Filipinos and Americans alike caught the latest Hollywood flicks in here. The last movie shown here was Gone with the Wind with the famous line “Frankly my dear I don’t give a damn.” 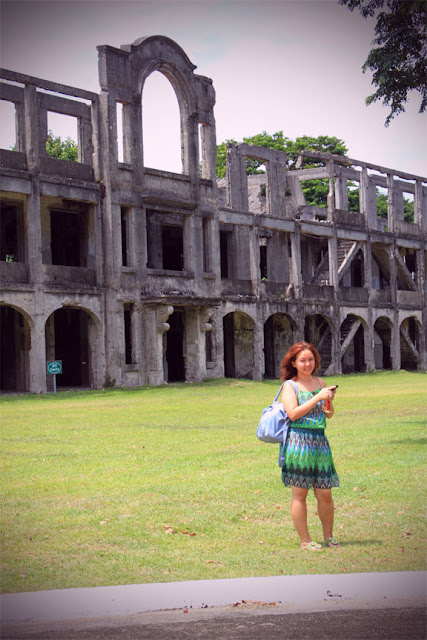 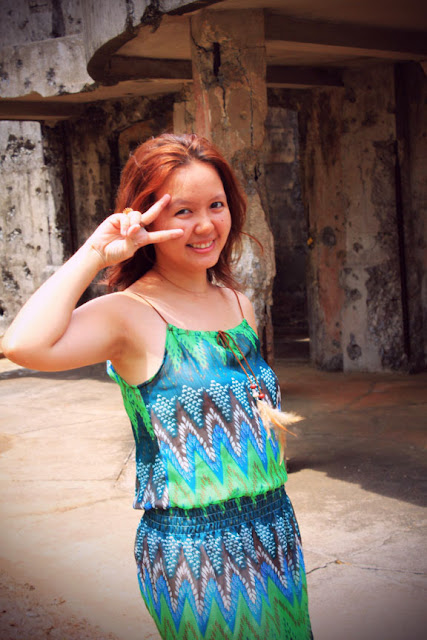 Photos of me taken by my friend, Ryan. 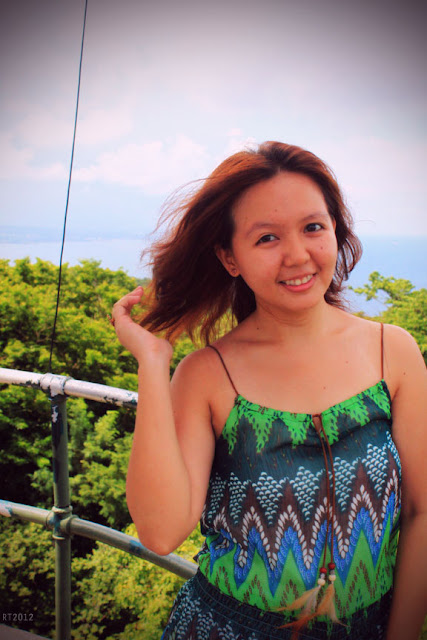 This is my favorite. It’s a shot taken up the lighthouse. (“,)
My Corregidor experience was an overall wonderful historical trip. I only wish I didn’t have to pay Php2,300 for it since I saw that they had a promo with DealGrocer a few days after I booked our trip at only P1,000+. Oh well. I still enjoyed my trip with Sun Cruises. Try it out too! It’s a nice adventure out of the city.