Why I’ve been home early from work often lately…

I’ve been coming home early often these past couple of months, straight from work and it’s not just because I have a friend who lives in the same area as me. Truth be told it’s because I got hooked on  another teleserye on ABS-CBN Primetime – The Legal Wife.

If you’ve been reading my blog for some time now, then you know I usually don’t watch teleseryes. I’m more drawn to western TV series – Vampire Diaries, Scandal, Glee etc. But The Legal Wife has me hurrying home after work, trading my usual night outs with Ryan because of Kapamilya actor, JC De Vera.

He plays Max, the guy who’s agenda is to bring down Vita Sardines, the business of Monica’s (Angel Locsin) family but his cocky character soon falls in love with her, the woman who’s marriage to Adrian (Jericho Rosales) becomes rocky after she finds him cheating on her with her gasp! very best friend, Nicole (Maja Salvador).

The last time I traded my usual night outs with friends was when Minsan Lang Kita Iibigin was still airing and that was because Coco Martin was the lead actor in that show and I had a huge crush on him! Yes, had – as in past tense because well my biggest Pinoy celebrity crush now is JC. Sorry Coco. Hi hi.

I’ve always thought JC De Vera’s cute since his Kapatid days but it grew into a full blown crush after I saw him as one of Cosmopolitan’s 2013 Centerfold Bachelors. 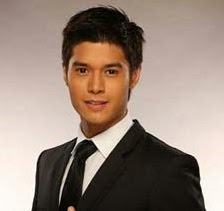 JC De Vera’s single and I am super thrilled about that! I’m not one who goes gaga over cute celebrity guys but if I ever met JC in person, I just might lose my composure. That’s how big my crush is on him! Haha!

He actually resembles someone I know. Someone very close to my heart. And JC from this hand written “Top 10 things JC De Vera has always wanted to ask women” from Cosmo.ph 2009, he sounds like he’s got the “easy-to-get-along/makulit” vibe that goes well with that boyish charm of his. 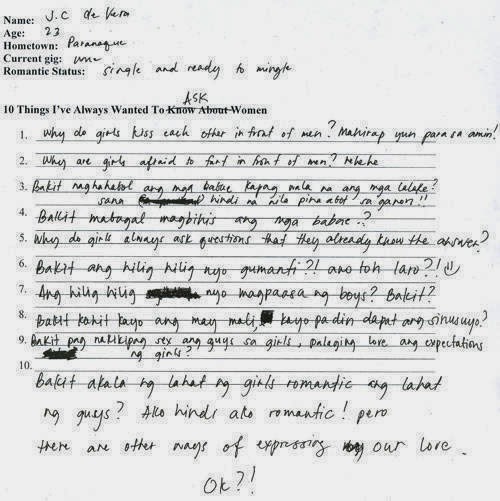 JC not only has a hot body, he also has a seriously heart stopping smile:

So this is my latest confession – the reason I’ve been choosing to come home instead of going out after work, my HUGE crush on JC De Vera.