I had a super fun Sunday spent at Mall of Asia because the BDJ Fair Live iIt Up was being held there. I’ve said it before that I’m such a fan of this planner and that I’ve attended some of the events held by the BDJ team. But this is actually the first time I went to the BDJ Fair. 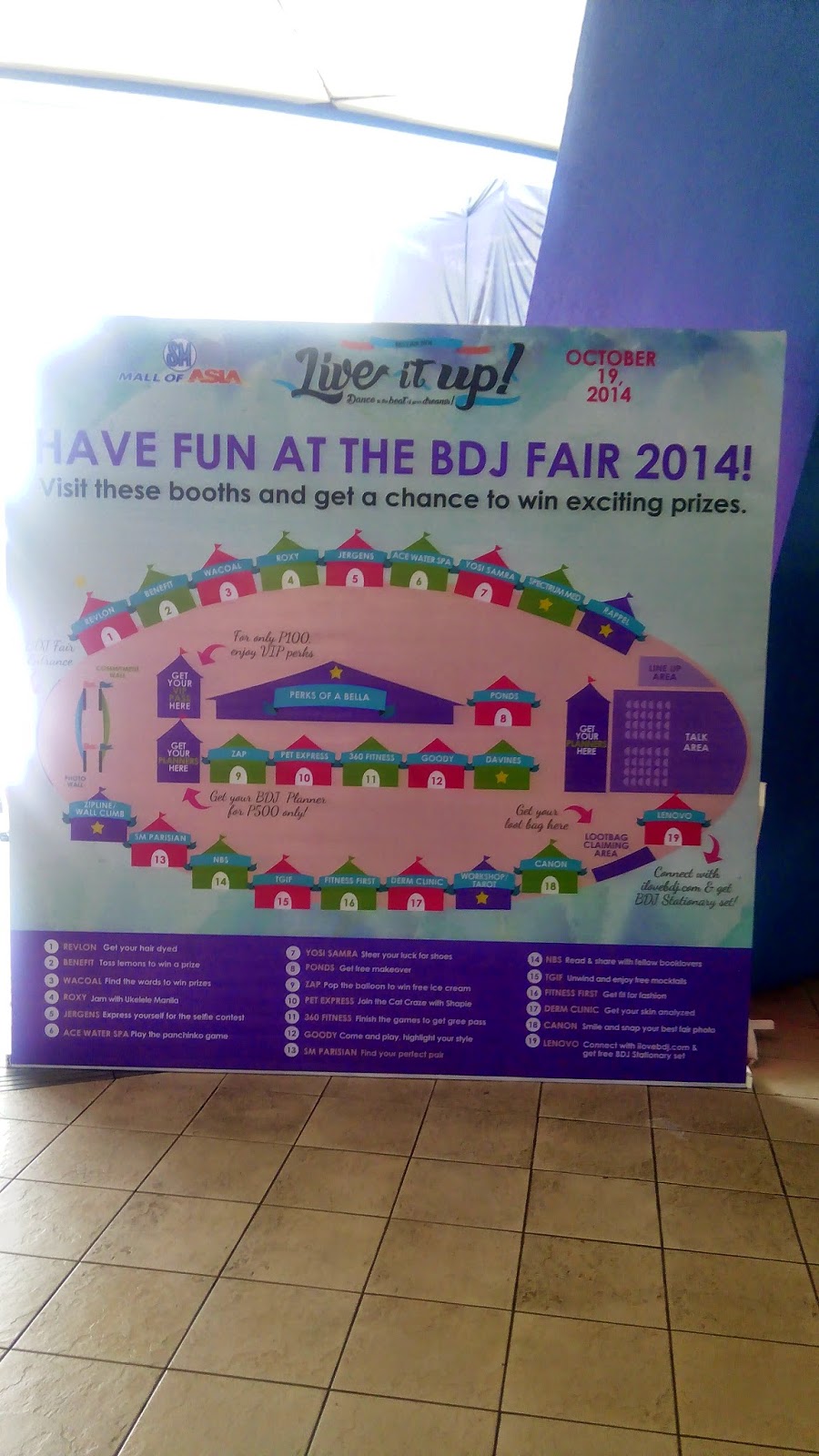 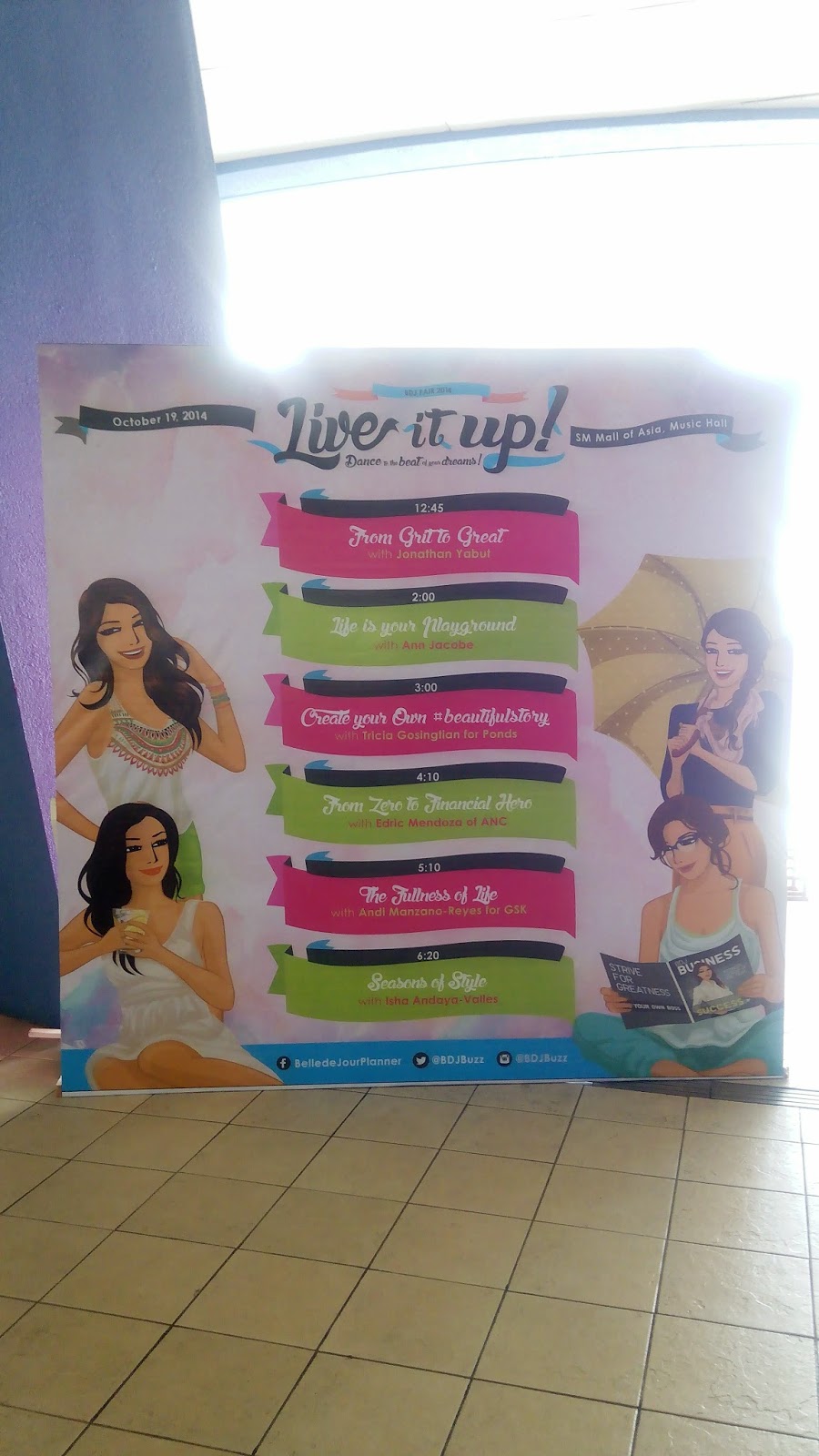 I was there early since I joined the scavenger hunt activity. I was there at 9AM! Medyo excited lang peg. Ha! Ha! 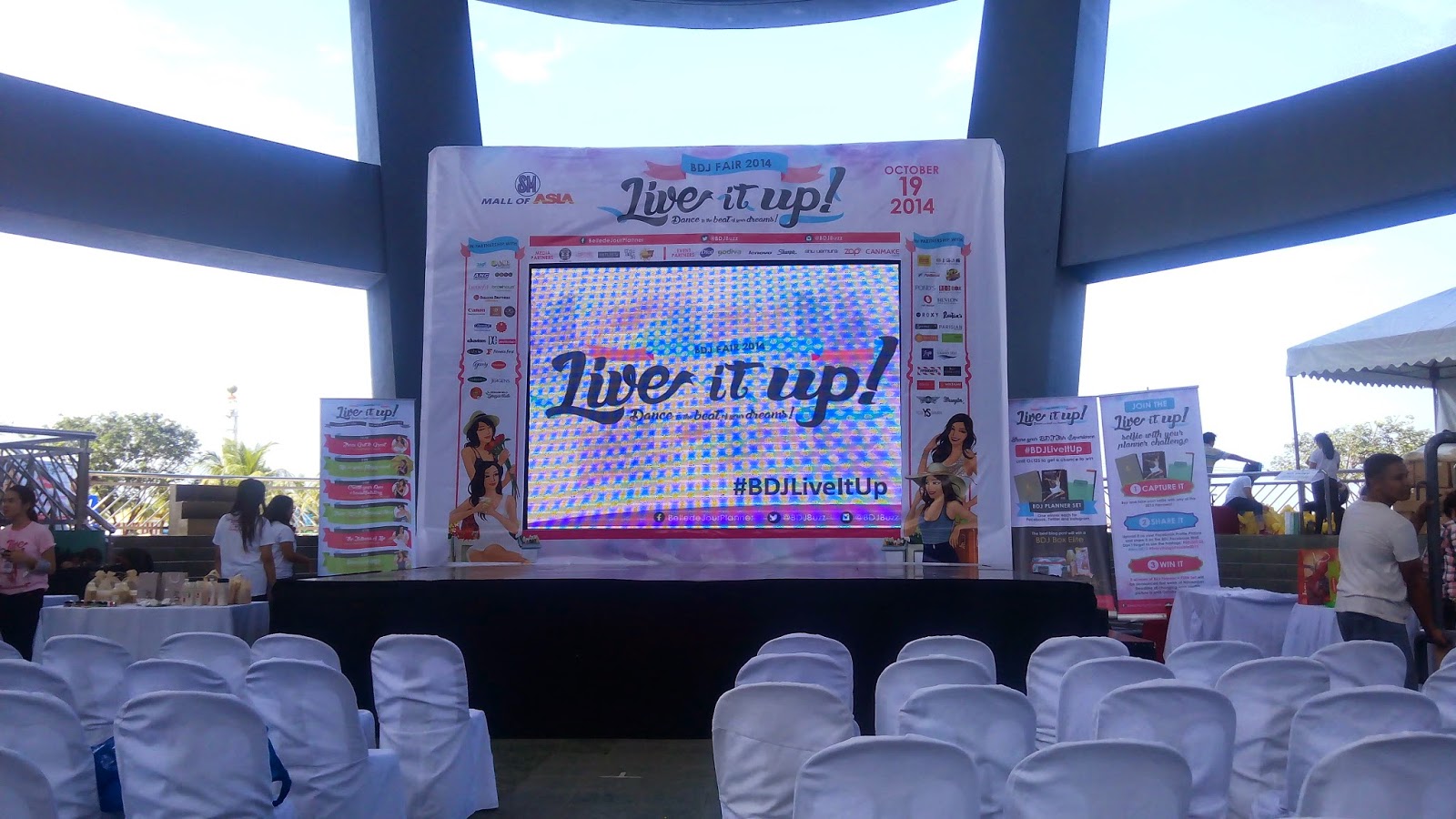 Took a picture of the stage while waiting for the scavenger hunt to begin. There was a song that was played on loop throughout the day. I loved it so much I immediately went on Google to find out the title.

Turns out it’s Victoria Justice’s Make It Shine. The song is so upbeat and the lyrics are so inspiring. Perfect theme song really for the day since BDJ is not just a fashionable planner. It’s a community that empowers girls everywhere.

“You don’t have to be afraid to put your dream in action
You’re never gonna fade, you’ll be the main attraction
Not a fantasy. Just remember me.
When it turns out right
‘Cause you know that if you live in your imagination
Tomorrow you’ll be everybody’s fascination
In my victory
Just remember me
When I make it shine” 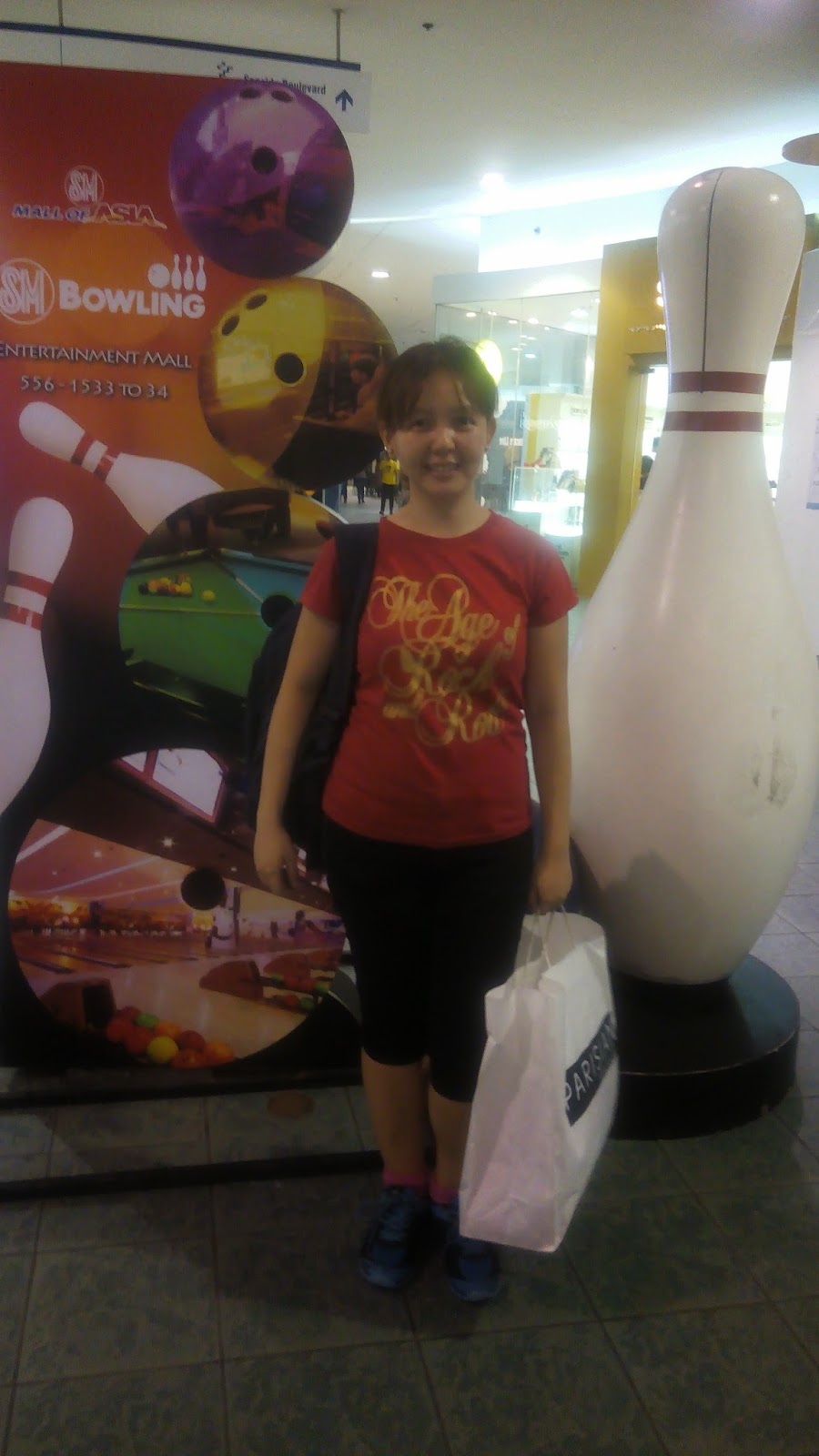 I’m all about rocking the sporty look last Sunday because of the scavenger hunt. It felt a little strange to be wearing rubber shoes all day long. I’m more a flip flops/heels kind of gal. 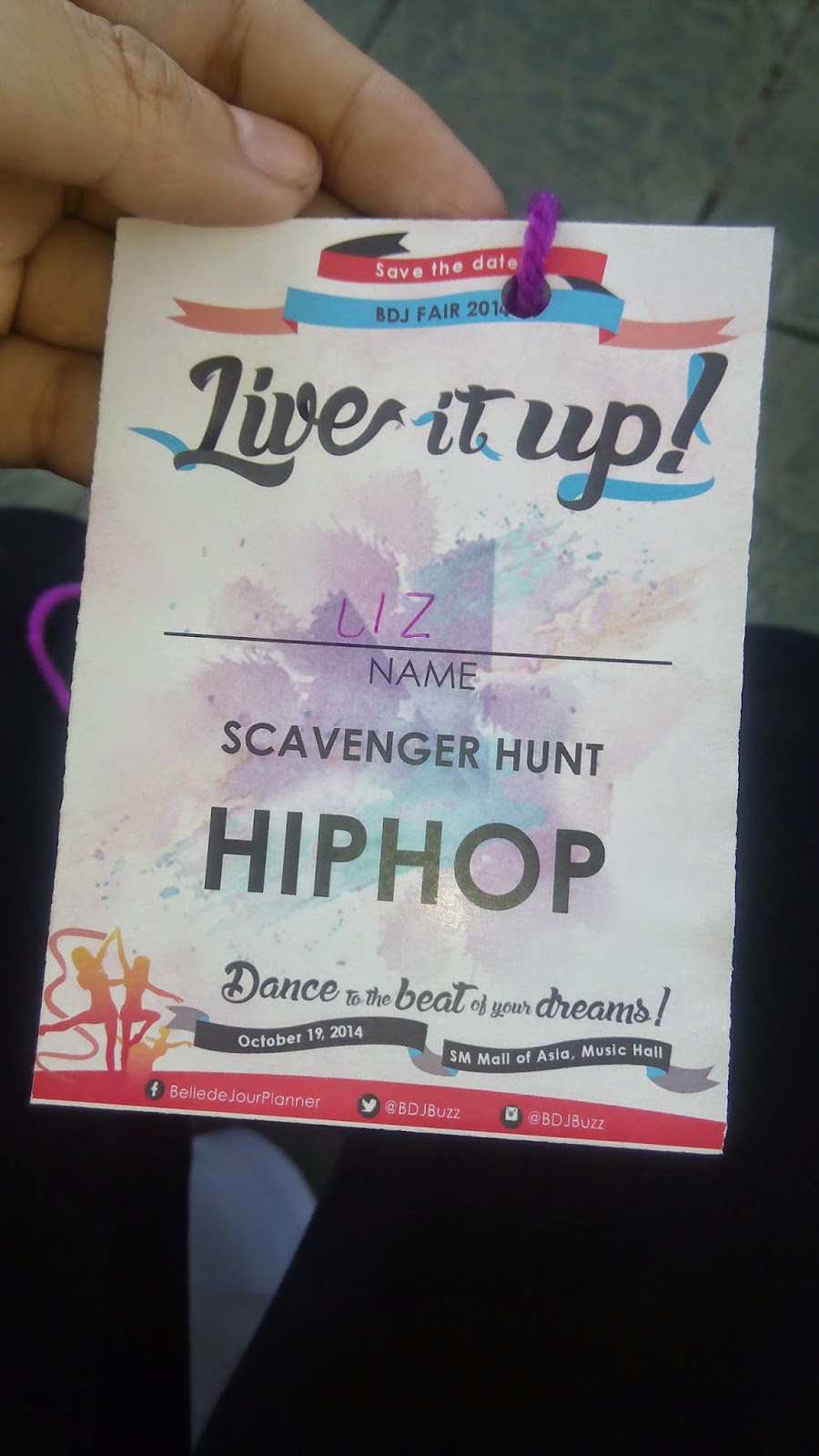 There was about a group of 6 I think for the scavenger hunt and each group’s name was a type of dance. I was on team hiphop. The hunt required each team to complete a challenge on 10 stations within the venue area and the fjrst team to complete the challenges gets the grand prize. Nahhh…We didn’t win this one. The last challenge was pretty hard – you had to blow a feather and keep it up in the air for at least 30 seconds. Oh well. We got consolation prizes. Nobody goes home from a BDJ event not feeling like a winner. (“,) 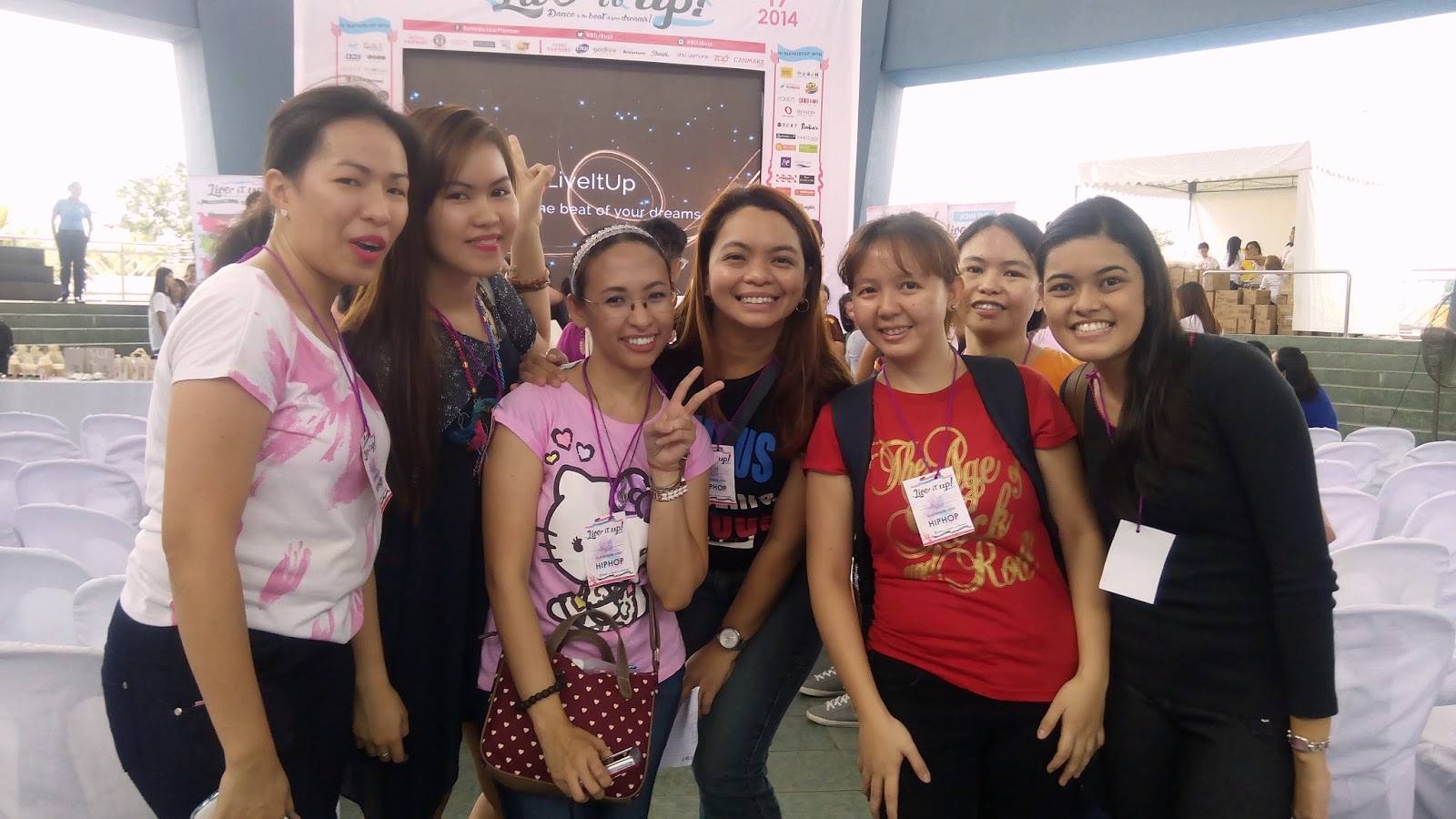 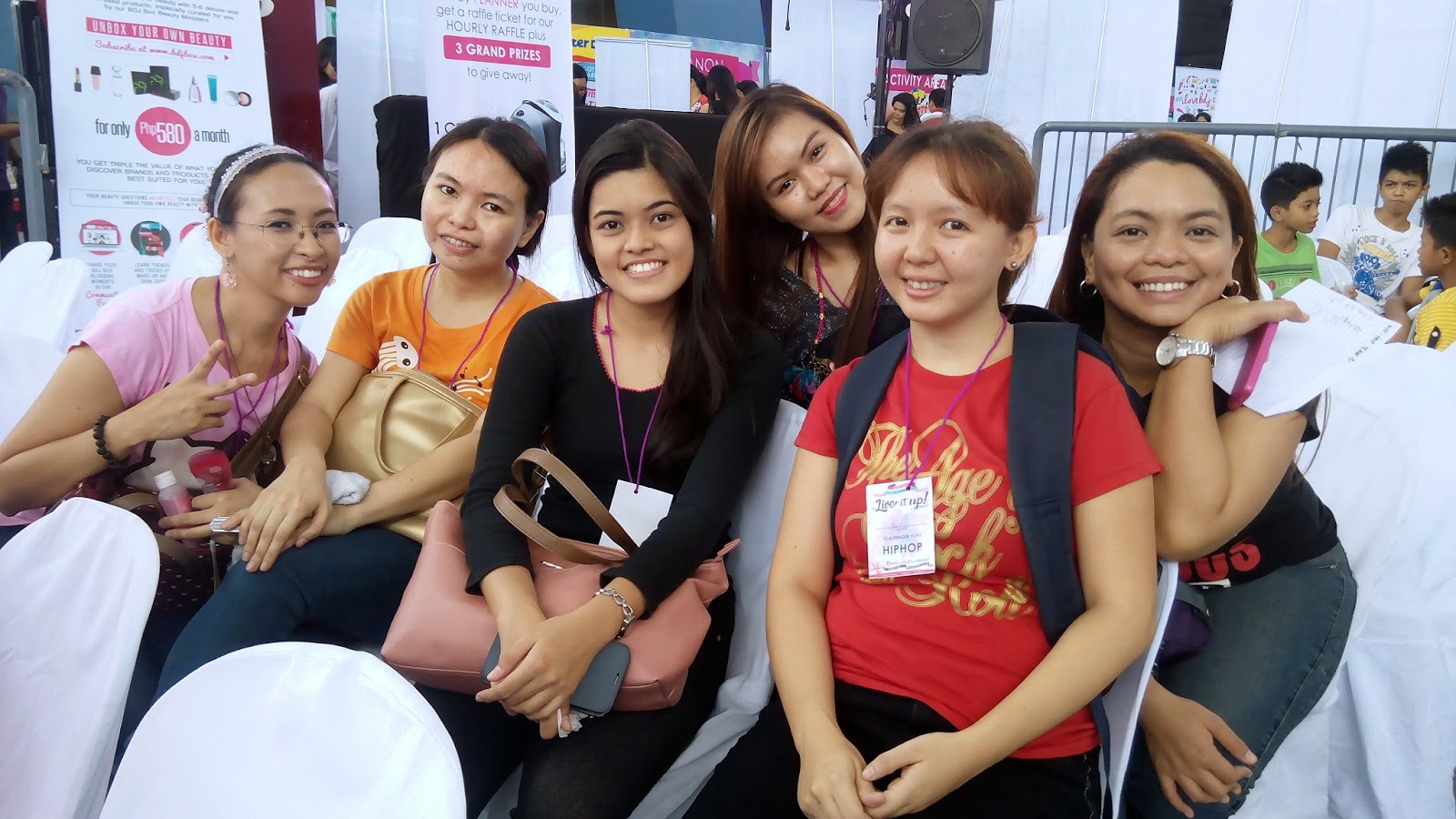 Meet my scavenger hunt teammates. I had a good time doing the activities with these ladies. 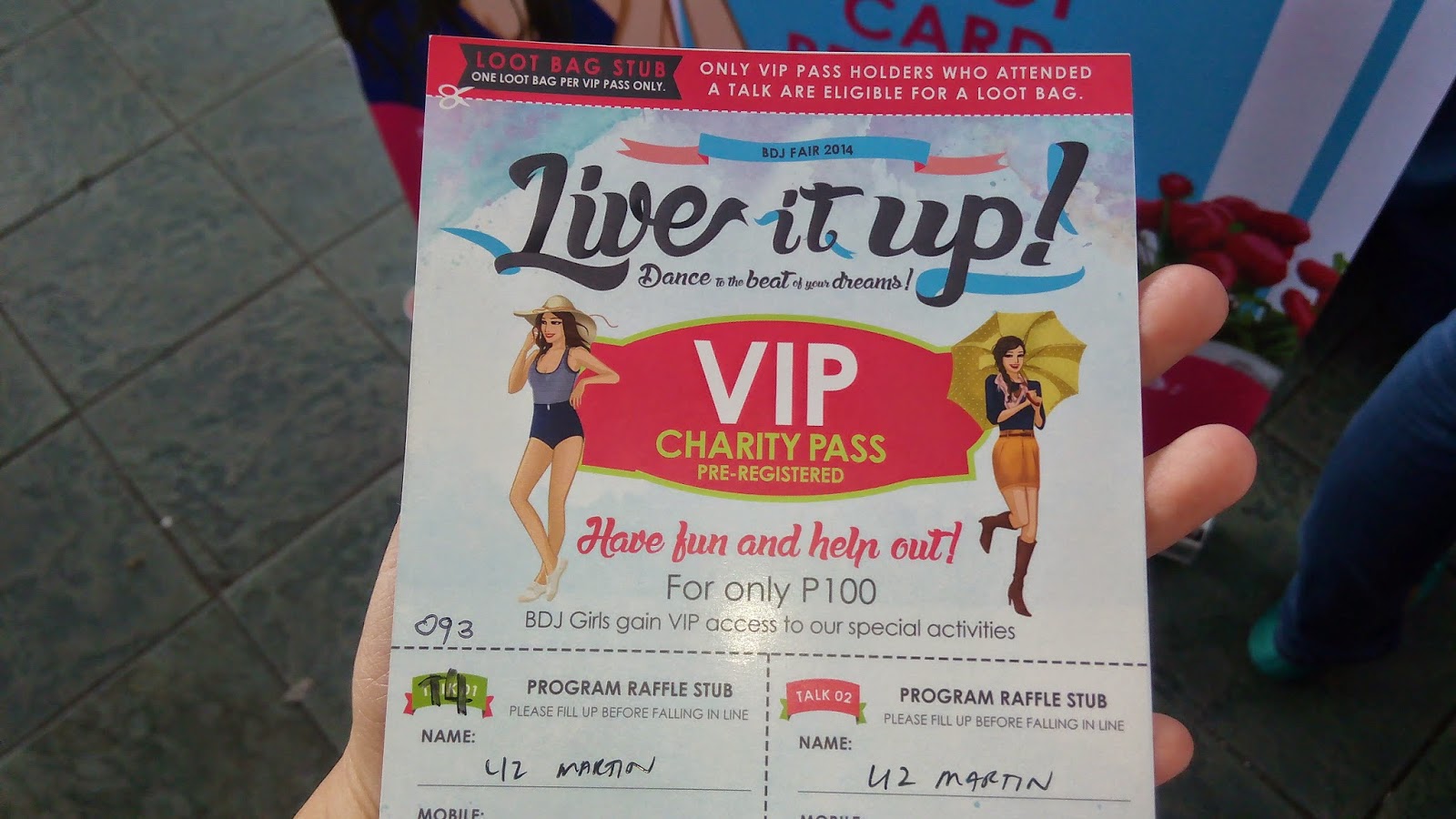 The BDJ Fair is open to all. All you need to do is pay the Php100 fair entrance fee and you get to try the special activities at the fair. The money is for charity. The BDJ Fair always picks a charity to support every year when they launch their new planner(s). This year, the money will go to the students of Sulong Kabataang Romblomanon, Inc. (Romblon scholars), and MoveMNL. 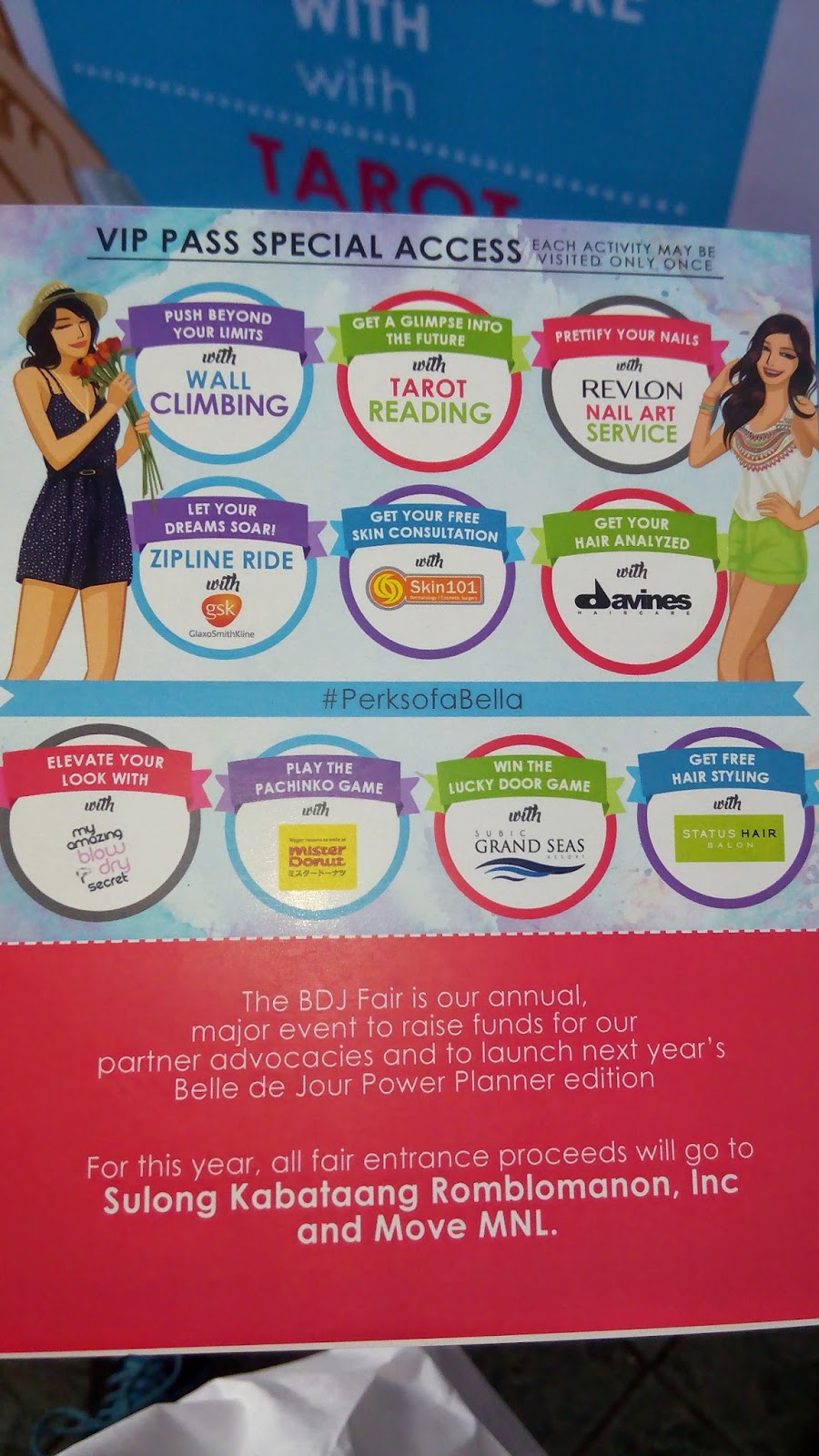 I went around the different booths while I waited for Maila to arrive. My first stop was My Amazing Blow Dry booth. The use of their products promises to shorten your blow drying time. 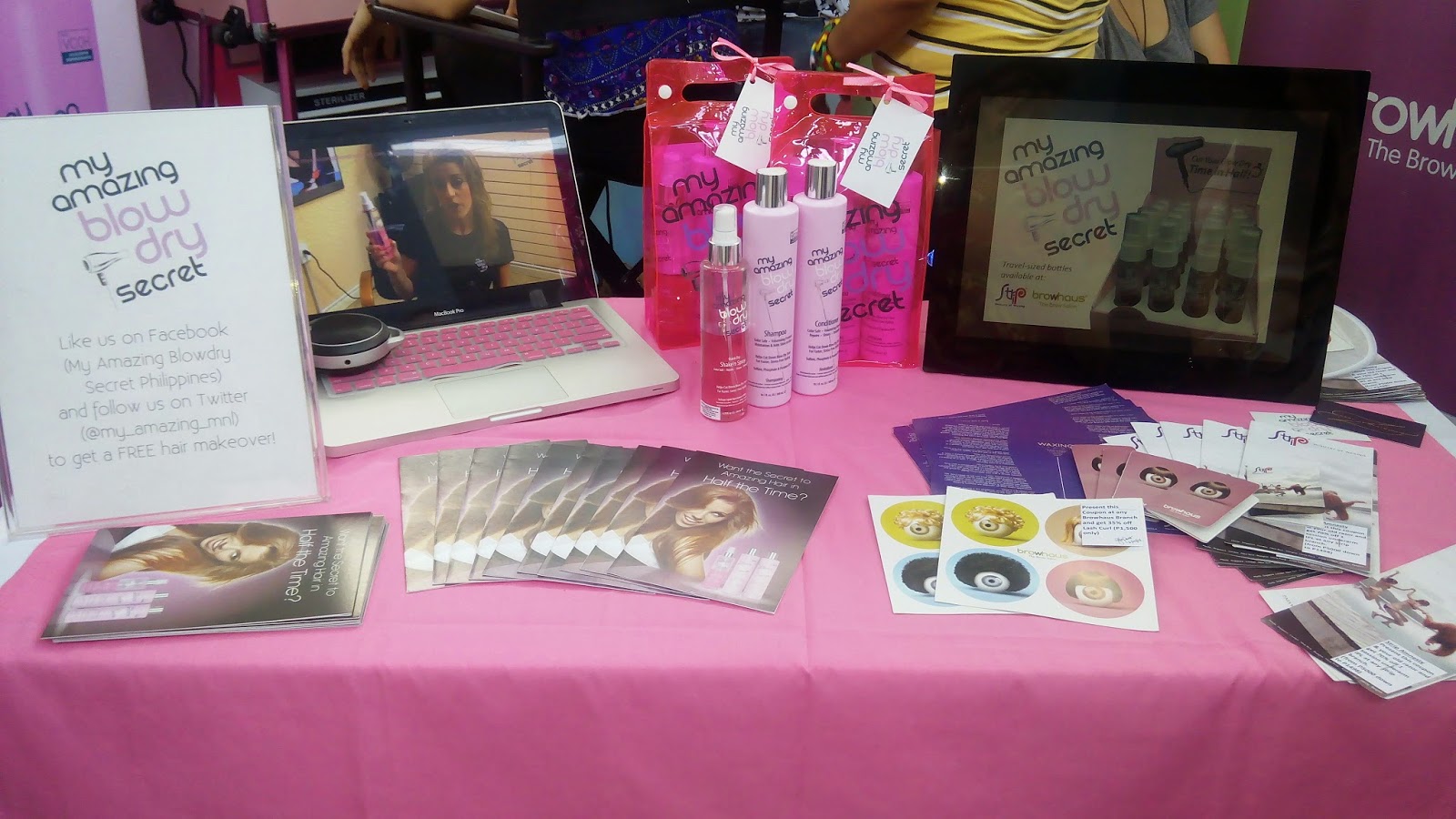 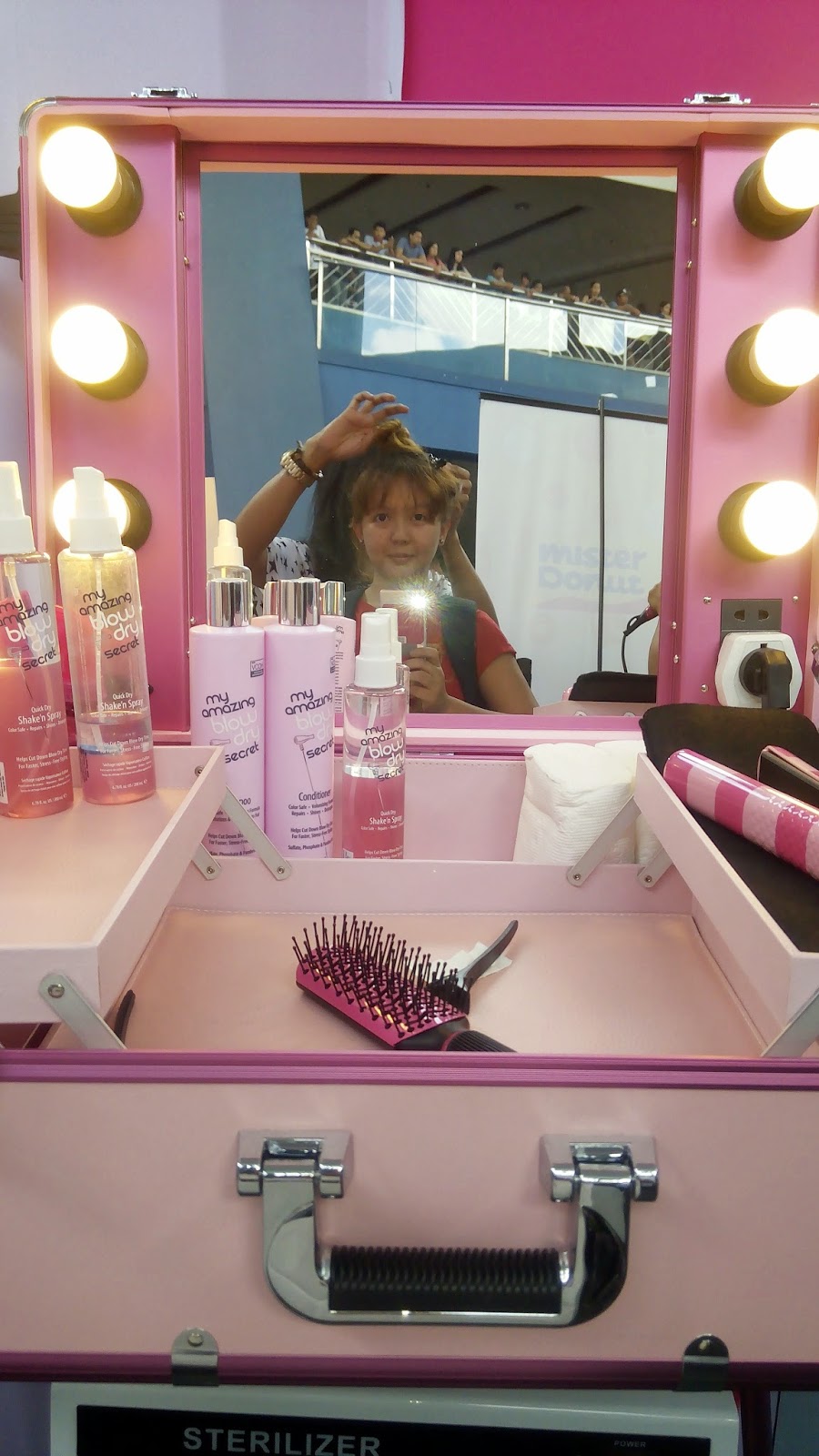 Next,I stopped by the Spectrum Med booth to get my skin analyzed. 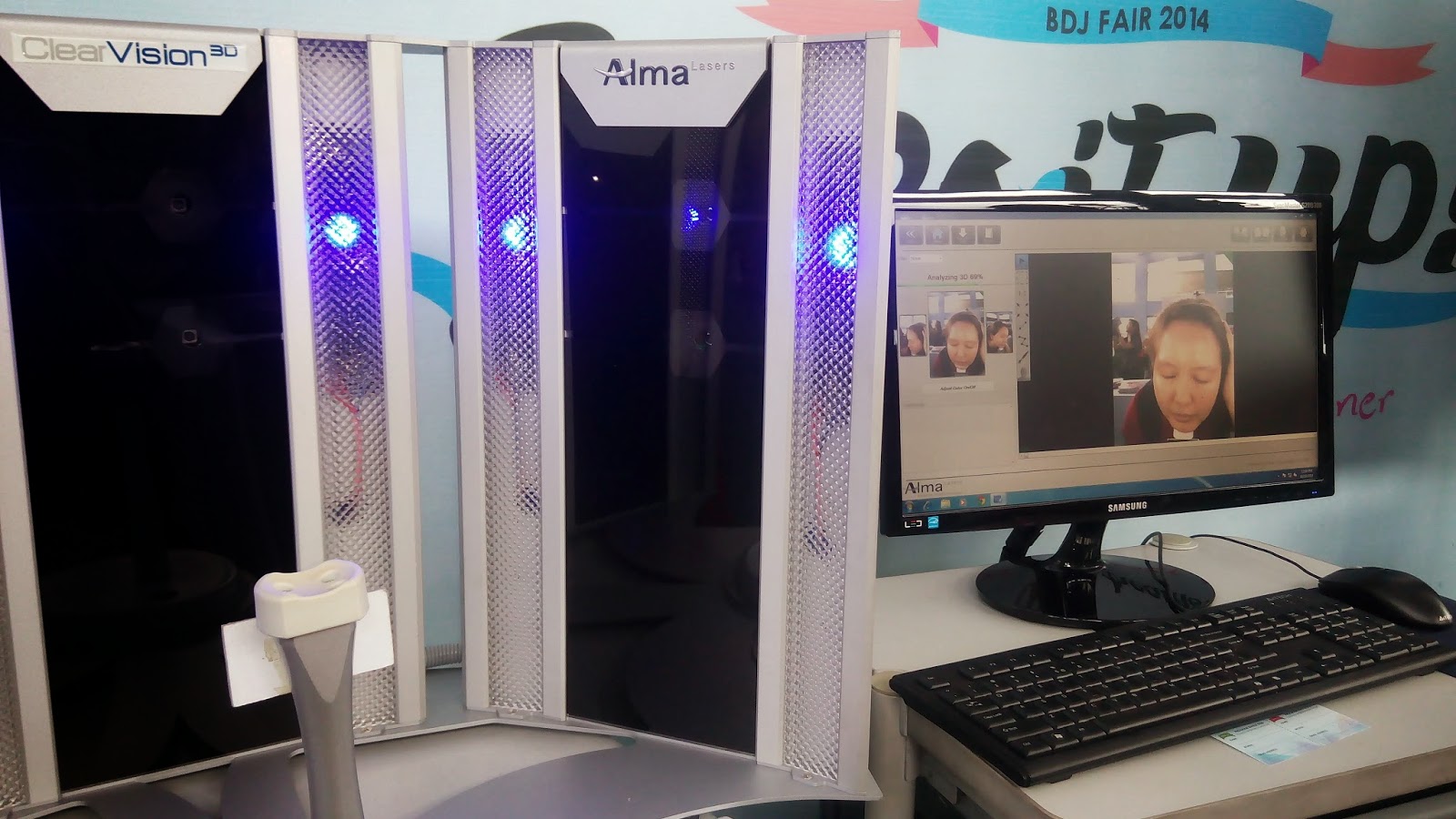 I was a little scared to find out the skin condition of my face. But luckily, I have a good skincare routine in place now so the results weren’t so bad. I just basically need to use sunscreen on my face more often (I apply it once before I leave for work and that’s that!) to avoid further skin damage by the sun. And then there was also a few redness on my cheeks – I think it was referred to as spider veins on the face – which is caused by aging. Ah yes… Aging… Another reminder that I’m on my last year of being in my 20s.

When Maila finally arrived, I got her to try the hair styling at Amazing Blow Dry booth too. 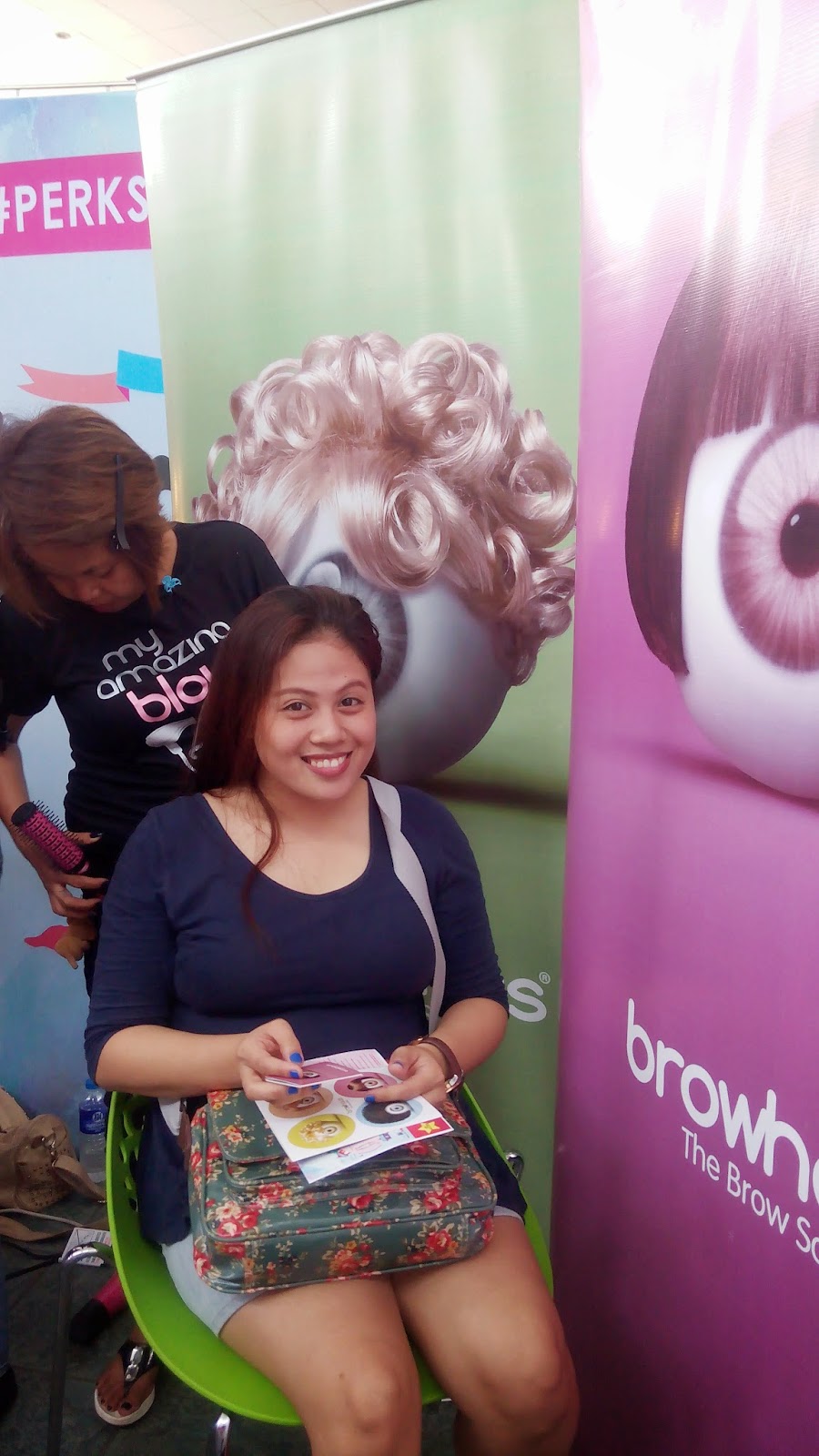 The Subic Grand Seas booth was beside the Amazing Blowdry booth so while I waited for her, I dropped by the booth and got my photo taken there.

It was for a contest they were having called Pose. Post. Win! and all I had to do was take a shot in their Subic Grand Sea frame and, post it on Facebook, Twitter or Instagram for a chance to win an overnight stay for two (2) at Subic Grand Seas Resort. The photos never made it to any of my social media accounts. I sort of forgot to upload it since I was so busy roaming around the fair grounds that day. 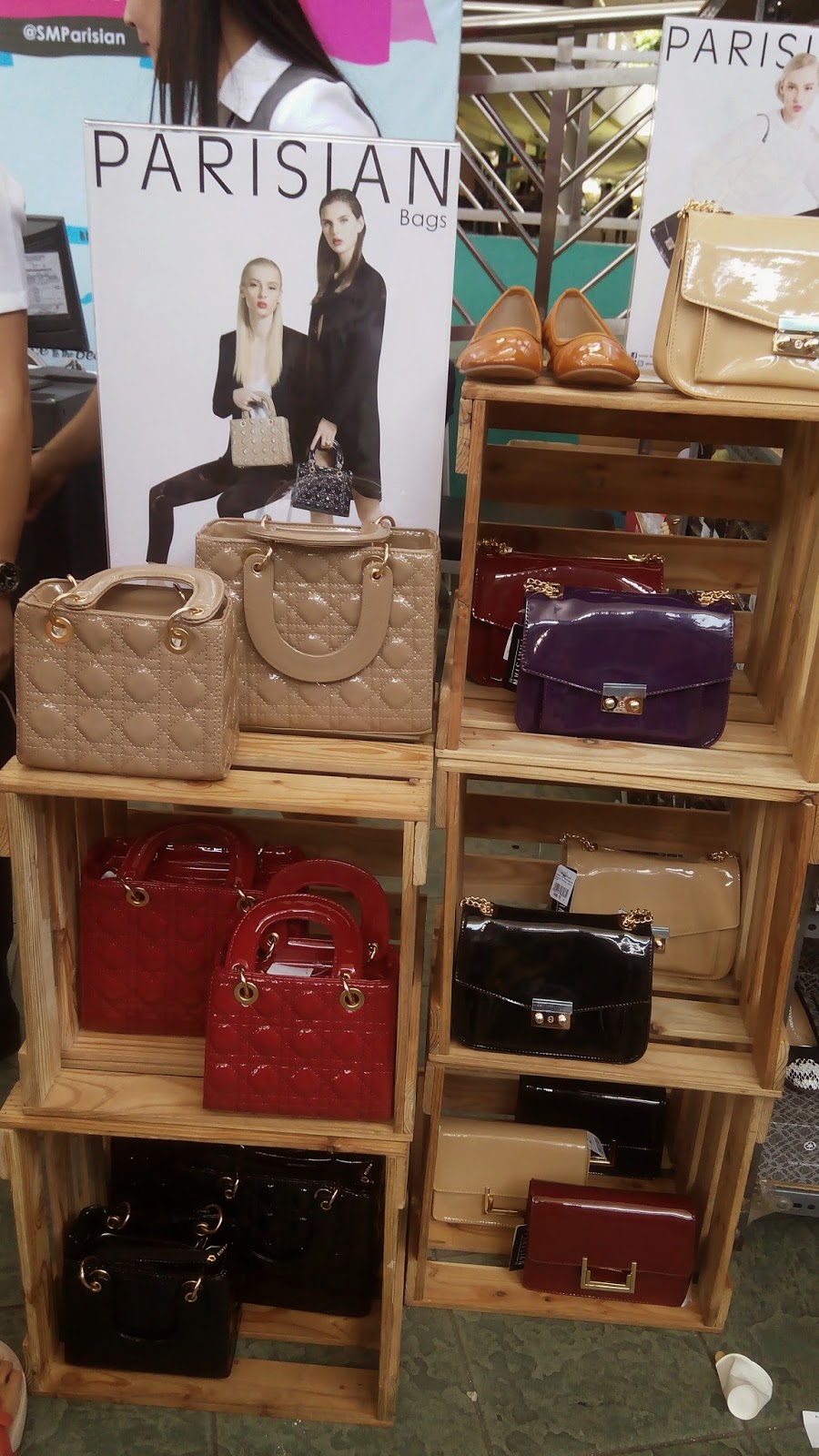 SM Parisian also participated in the fair. They had a buy 1 take 1 for their bags that day. And just by registering and liking their Facebook page, you’ll get a little prize from them picked out via random.org. I got a cute little bag because of it! 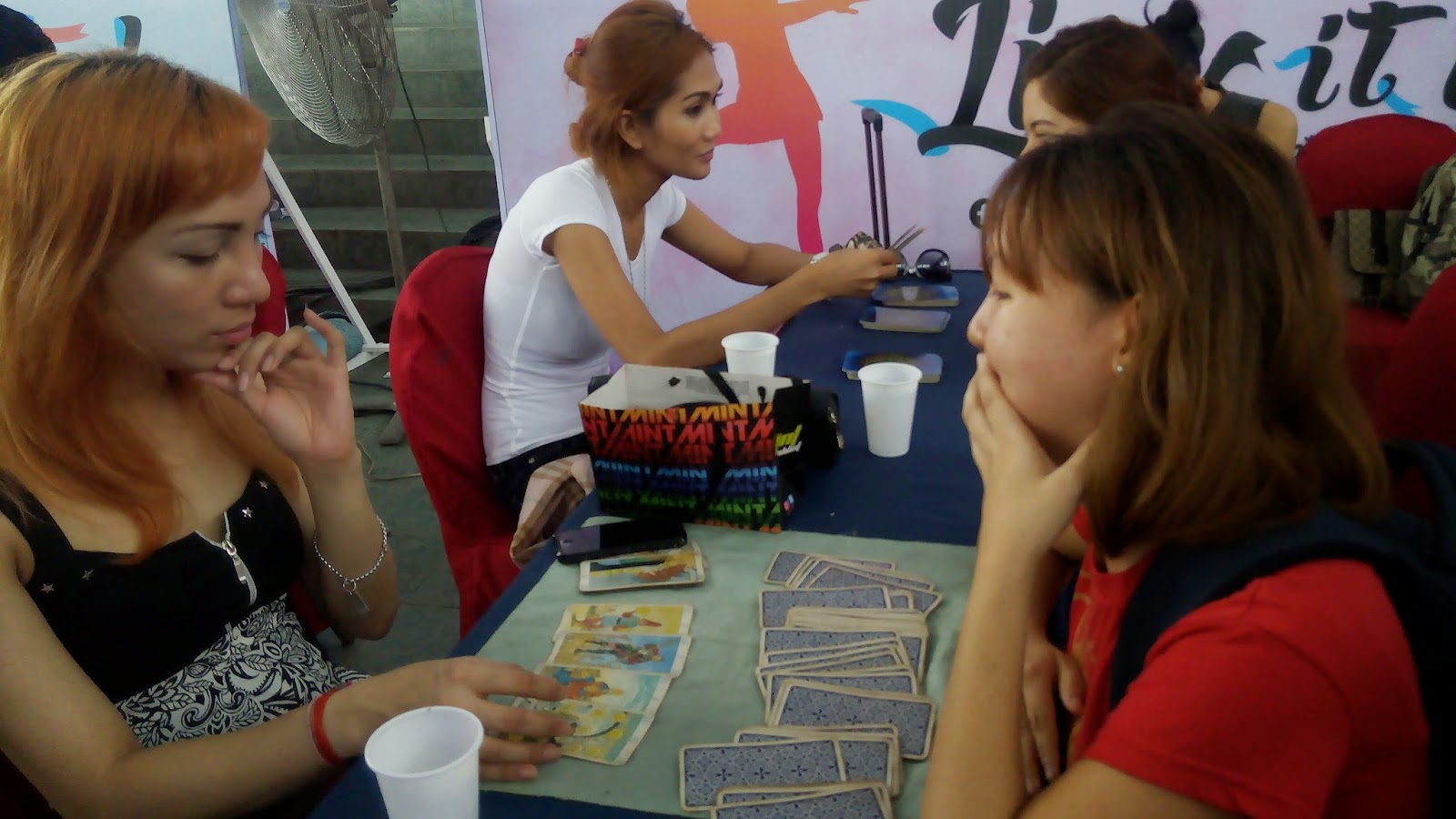 Here I am getting my fortune told at the Tarot Card Reading booth. Aside from the talks, this was the activity I really wanted to try at the BDJ Fair. Yeah, yeah I know it’s all just “hula”. I know that if I want those things I asked the cards to happen, then I have to make it happen. It all comes down to me and the choices I make in life. But you know, nothing wrong with turning to the cards to give you just a little spark of hope. Plus it’s fun! My friends don’t like tarot card reading or any kind of fortune telling hulabaloo. They said it scares them to know their future as it they might be told of some bad news.

At the Benefit booth, I tried the lemon toss activity to get a free POREfessional product. 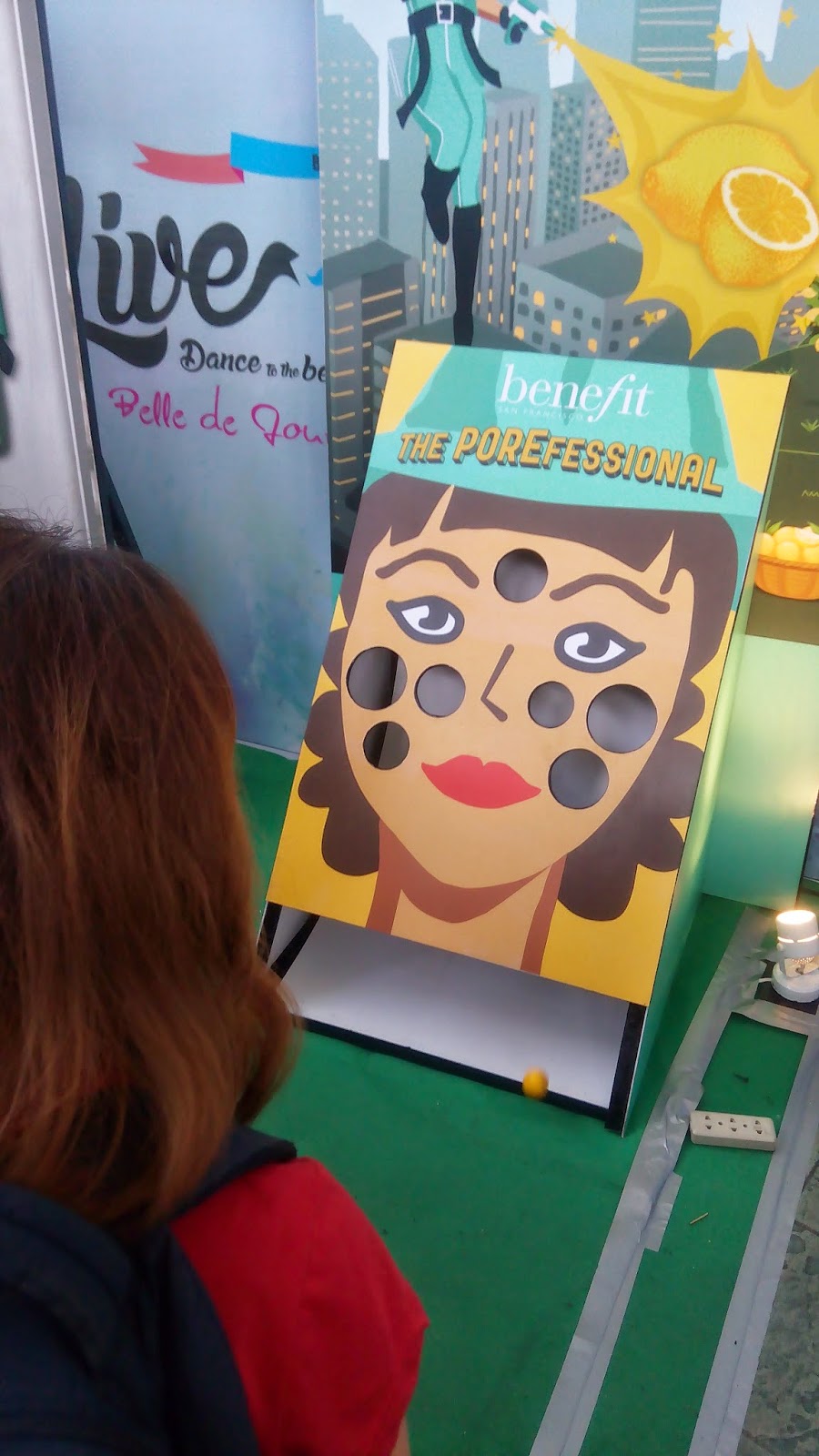 Not a very successful game for me. My shooting accuracy is really bad. Not one ball got in.. Ha! Ha! 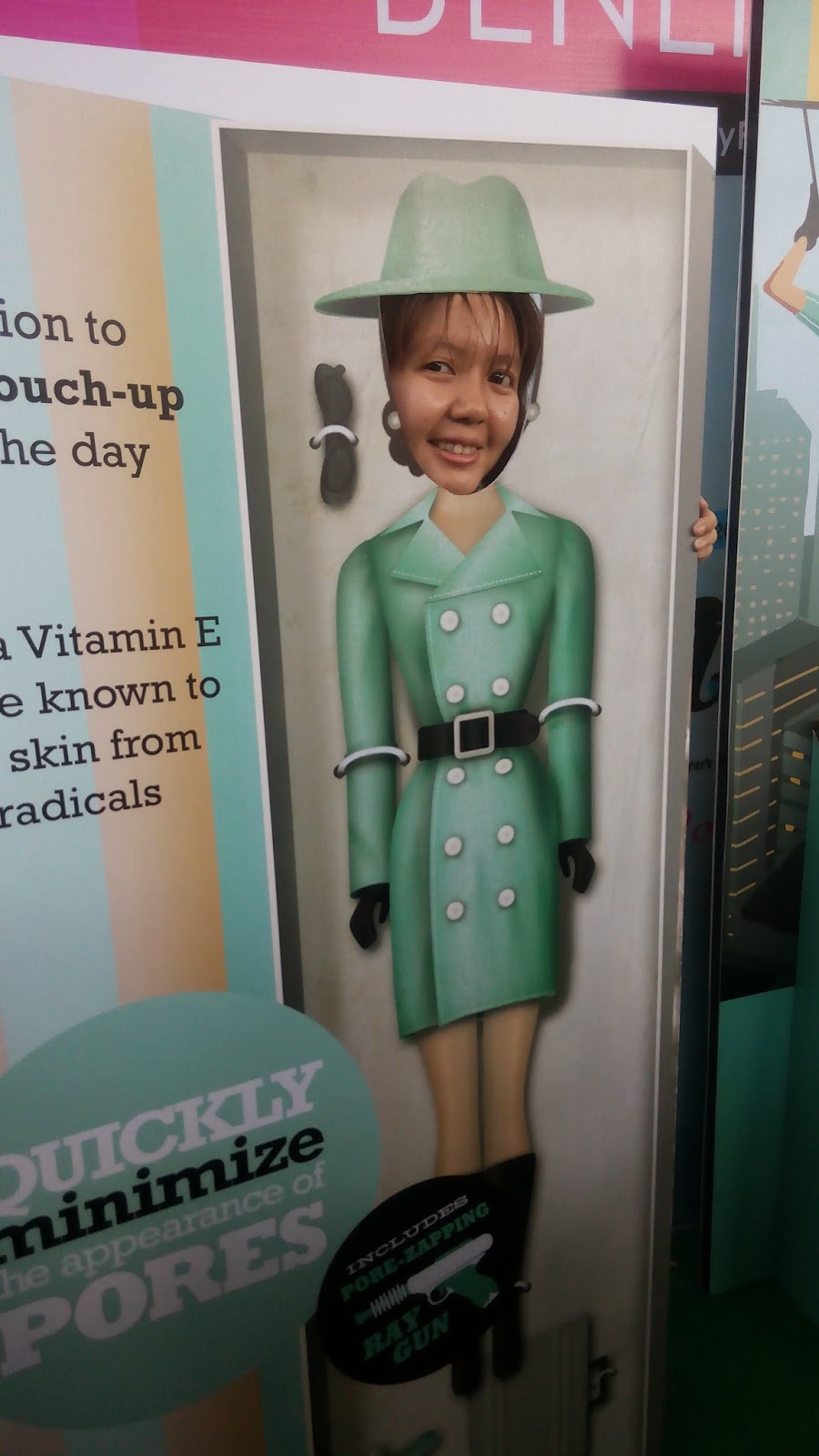 Maila and I then stopped by the Wacoal booth to try the activities there. The photo below shows me trying to find all the letters to form the word “I love Wacoal” in 30 seconds. Who would’ve thought the letters C and V would be the evasive letters of the bunch? It was time’s up before I could find them all. And I thought the “I love Wacoal” would be the easier word to form. I thought wrong. 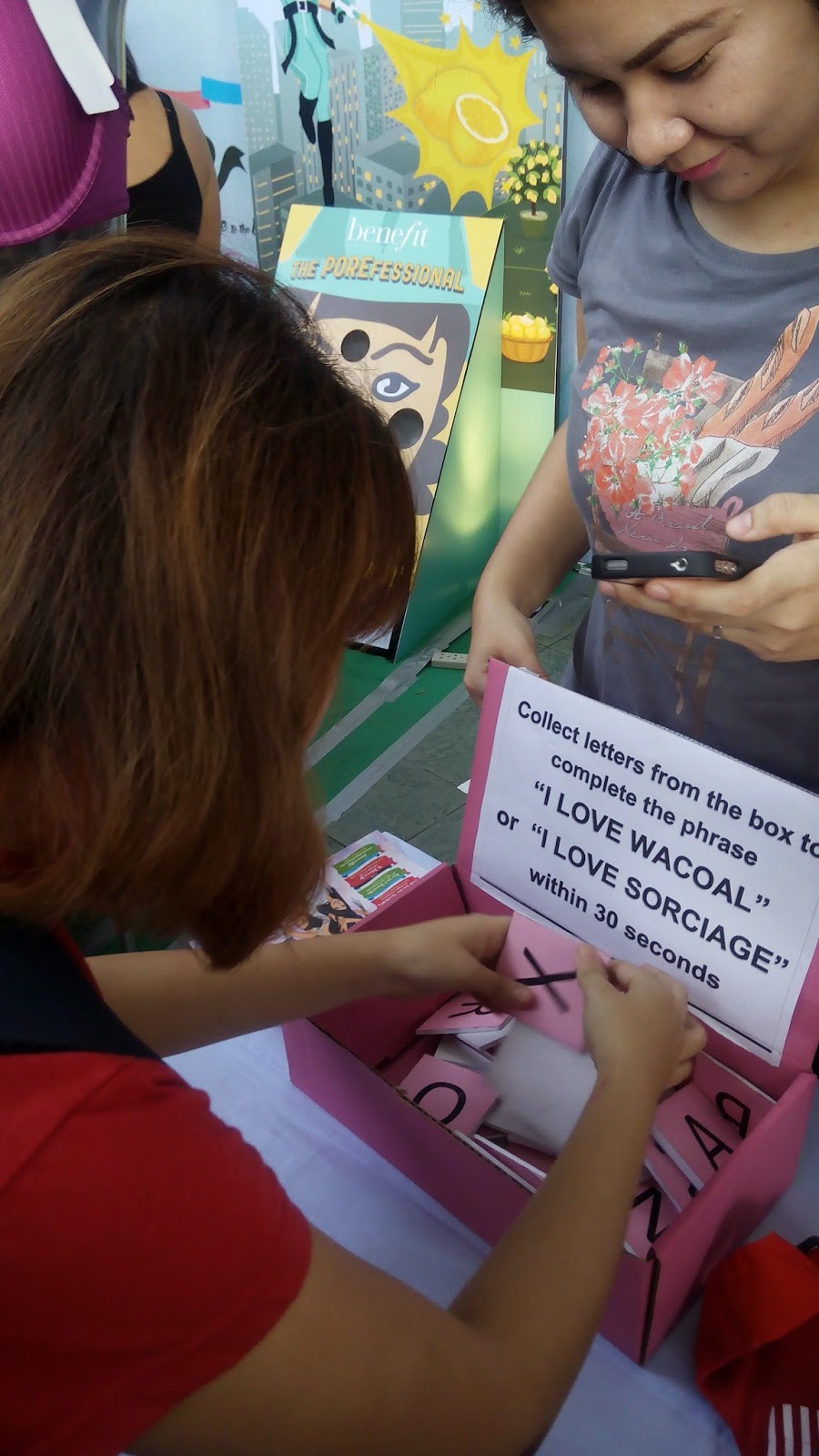 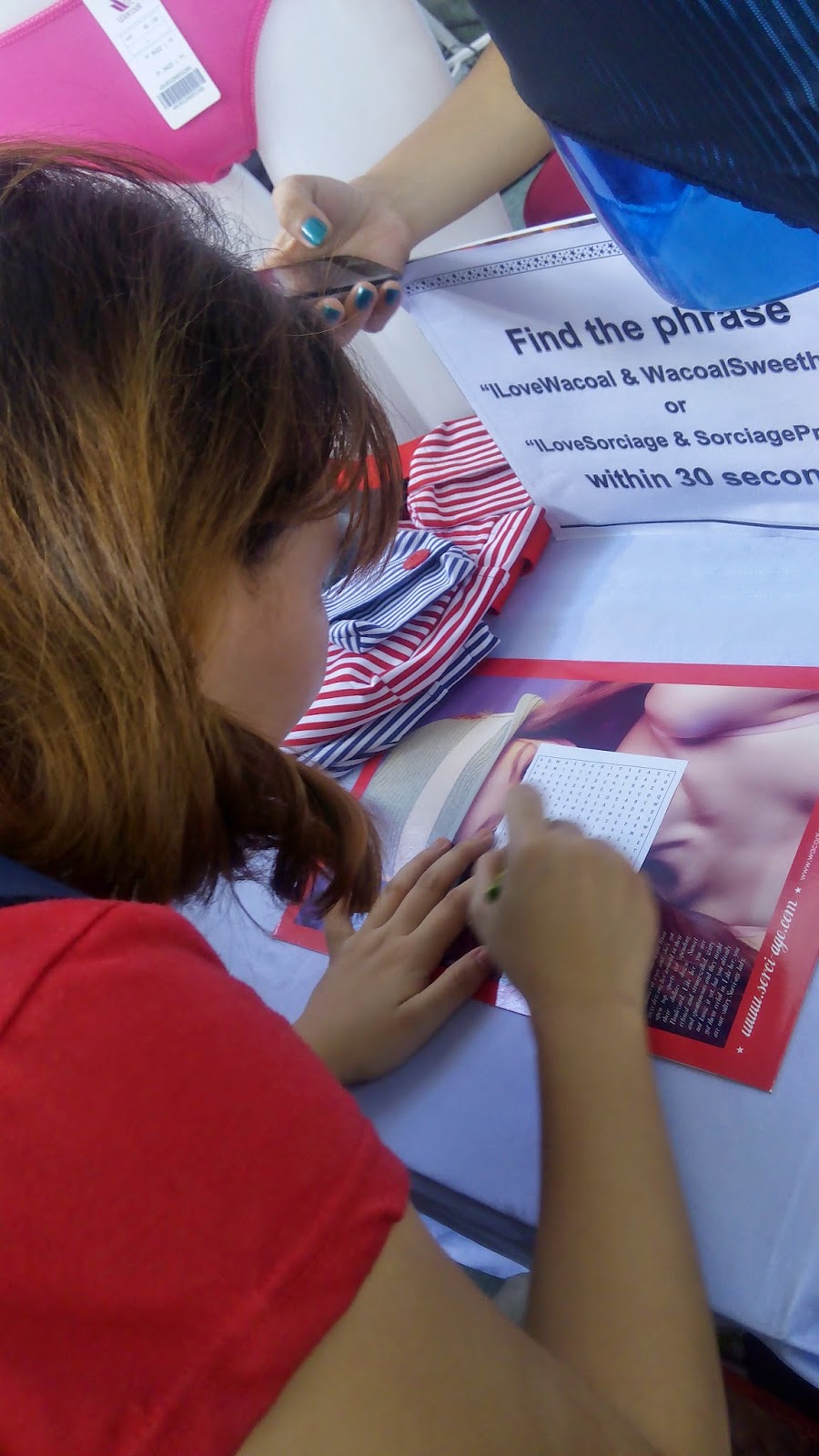 In this activity I needed to find “I love Sorciage” in the word search. I thought it would be a piece of cake. I like word search games! But again I thought wrong. It was seriously hard to find it.

A stop at TGI Friday’s booth got us free cocktail drinks. 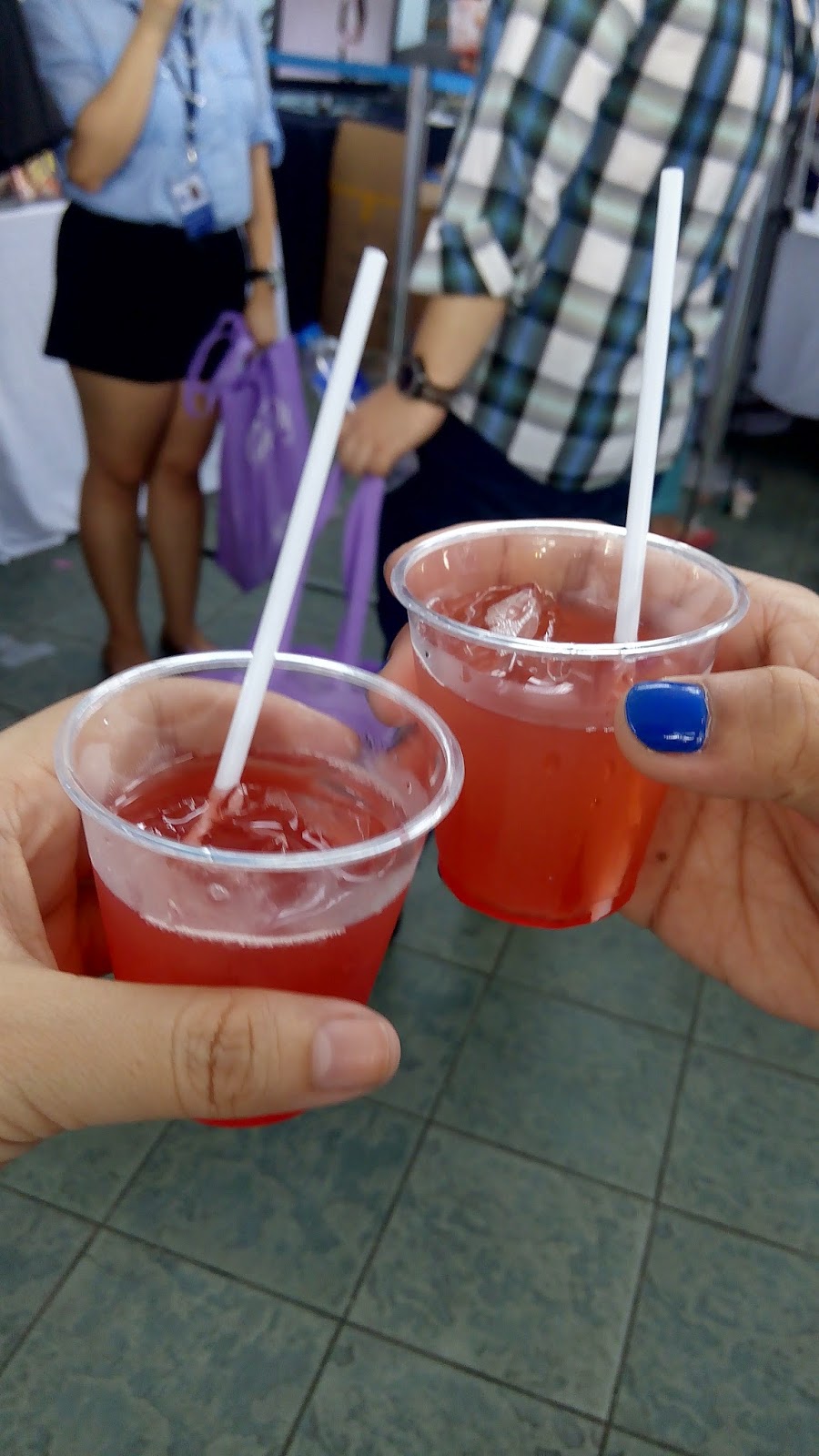 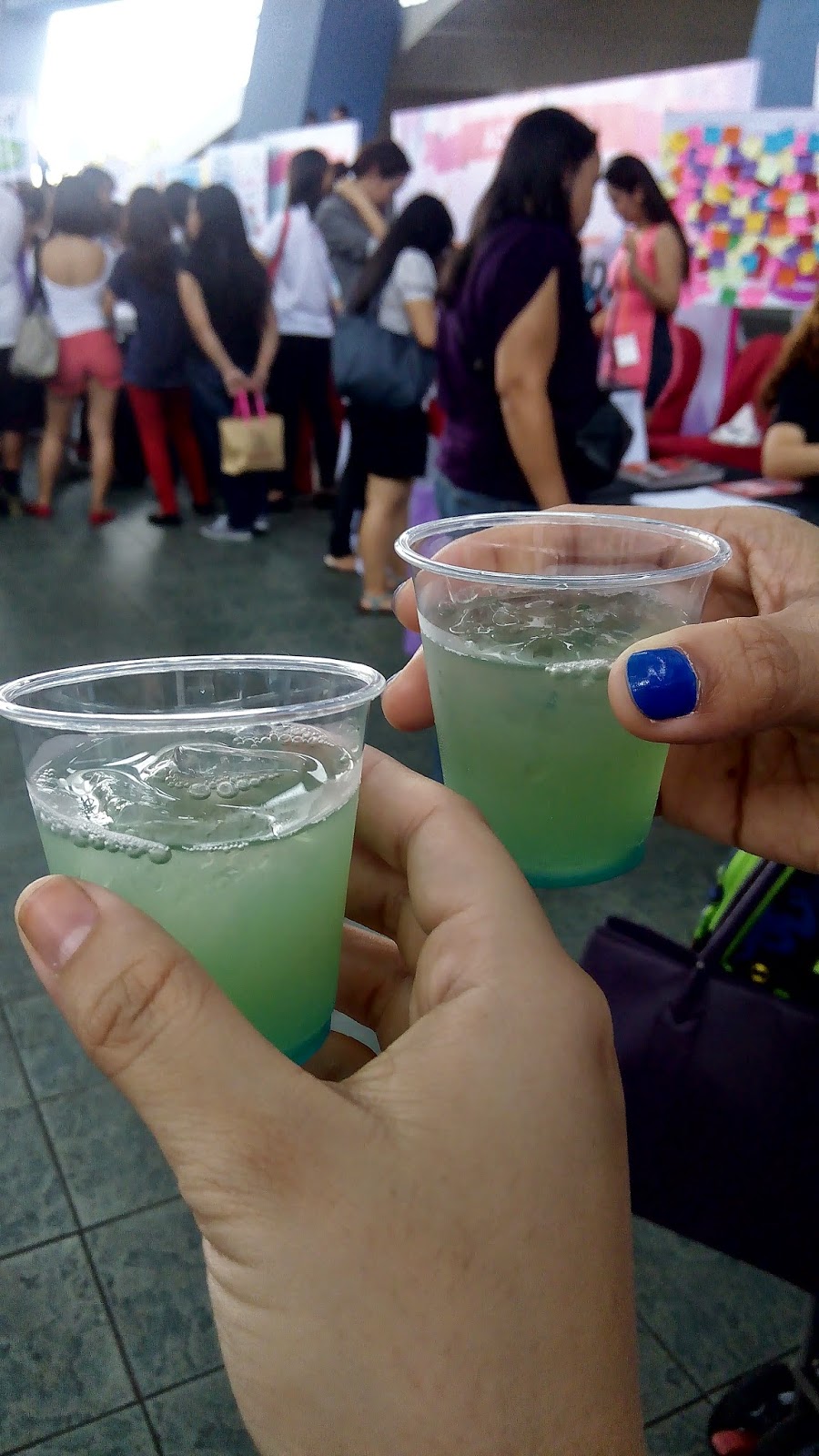 Apart from having the chance to try free services and getting free products from the different brands that are in the BDJ Fair, the VIP pass also allowed me to attend talks about various topics. I attended the From Zero to Financial Hero talk of Edric Mendoza. 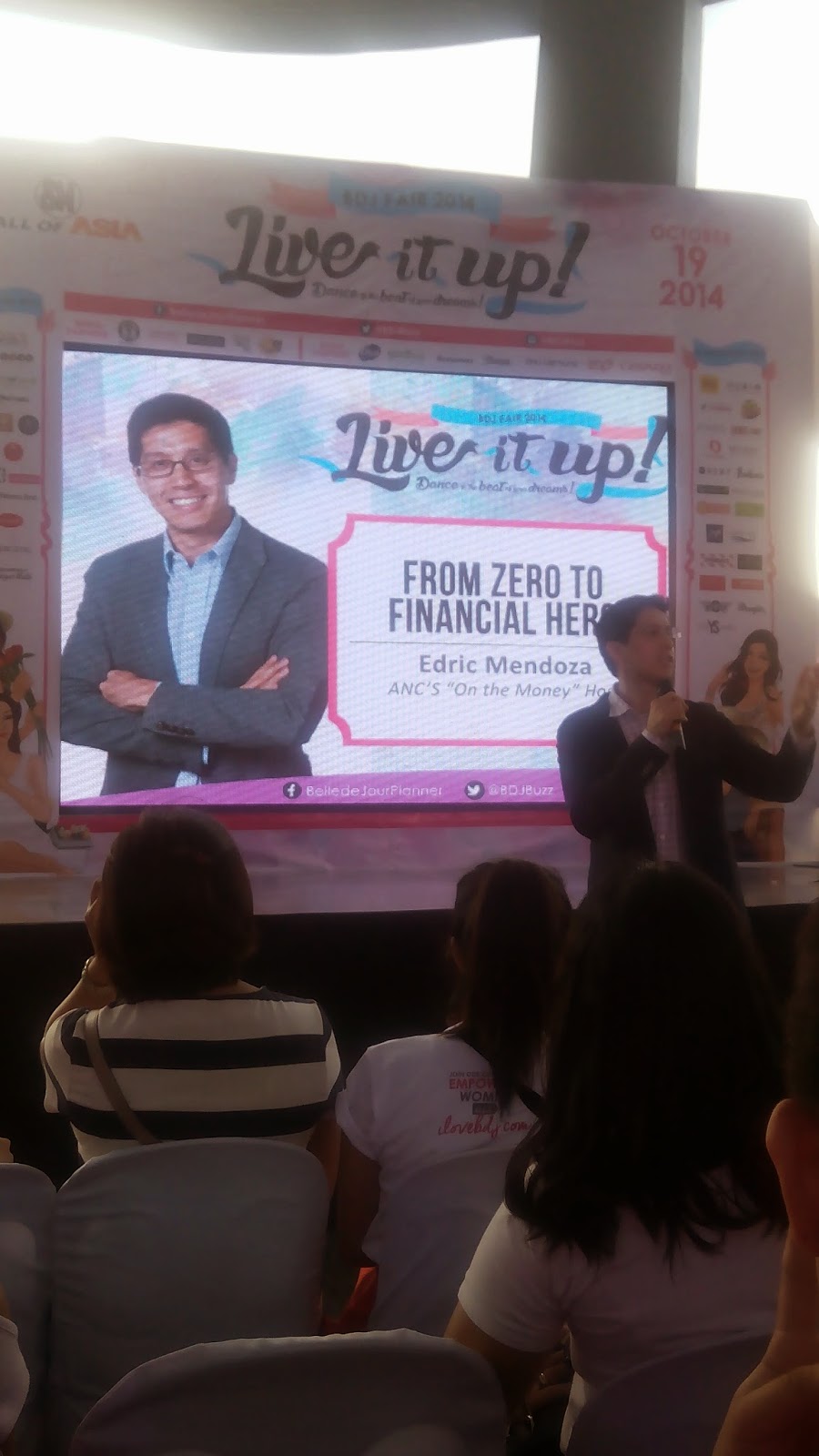 I have no idea who Edric is truth be told since we don’t have ANC at home. But he’s the host of the show there called “On the Money”. I’ve become quite interested to learn more about how to handle my money properly and investing that’s why I wanted to attend this talk. My first thought when I saw the speaker in person was “Oooh cutie. Wonder if he’s married?” Ha! Ha! I know! Biglang landi! But yeah well he’s married and already has a son, an 11 year old kid who was there with him that afternoon because Edric invited his son to talk about his wise money practice. He’s only 11 but already so much wiser about money than I am at 29! Goodness!

Well anyway, I learned a lot from Edriic’s talk. I learned four key lessons from him that day:

1. Climb the right mountain – in order to move from zero to financial hero, one must determine his/her goal i.e. Buy a house; a car; travel; then the ‘when’ part of your goal – setup the timeframe of your goal. And lastly, how much will you need to reach your goal?

2. If you want to move from zero to financial hero, you need to setup a budget. The goal is to save at least 20% of your money

4. If you want to change your money circumstance, surround yourself with people better than you. Who are your advisors? Find good mentors.

And his parting words to us Bellas? Savings is good but investment is better.
Our last stop at the BDJ Fair was at the Davines booth where Maila and I both had our scalps examined. 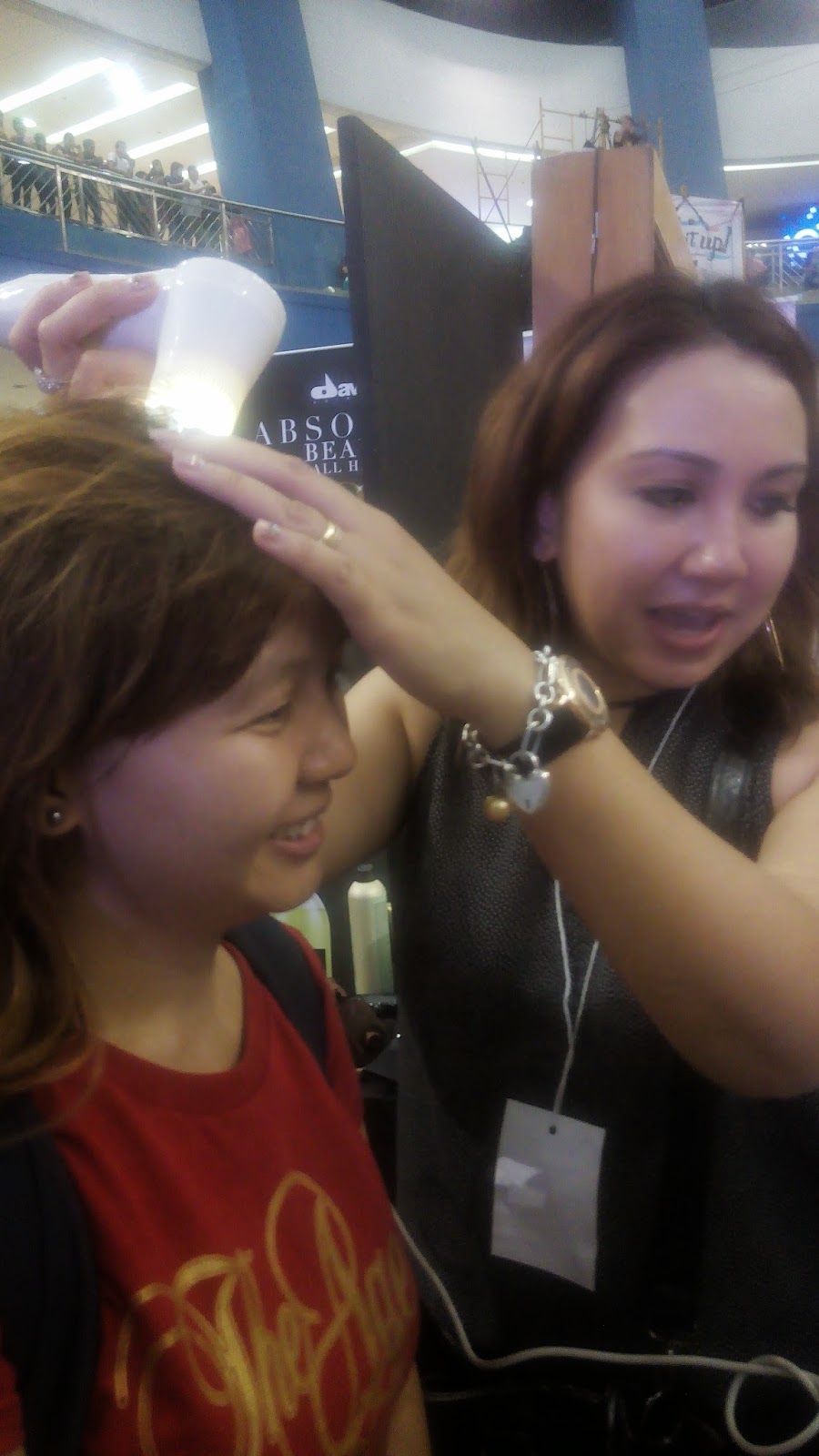 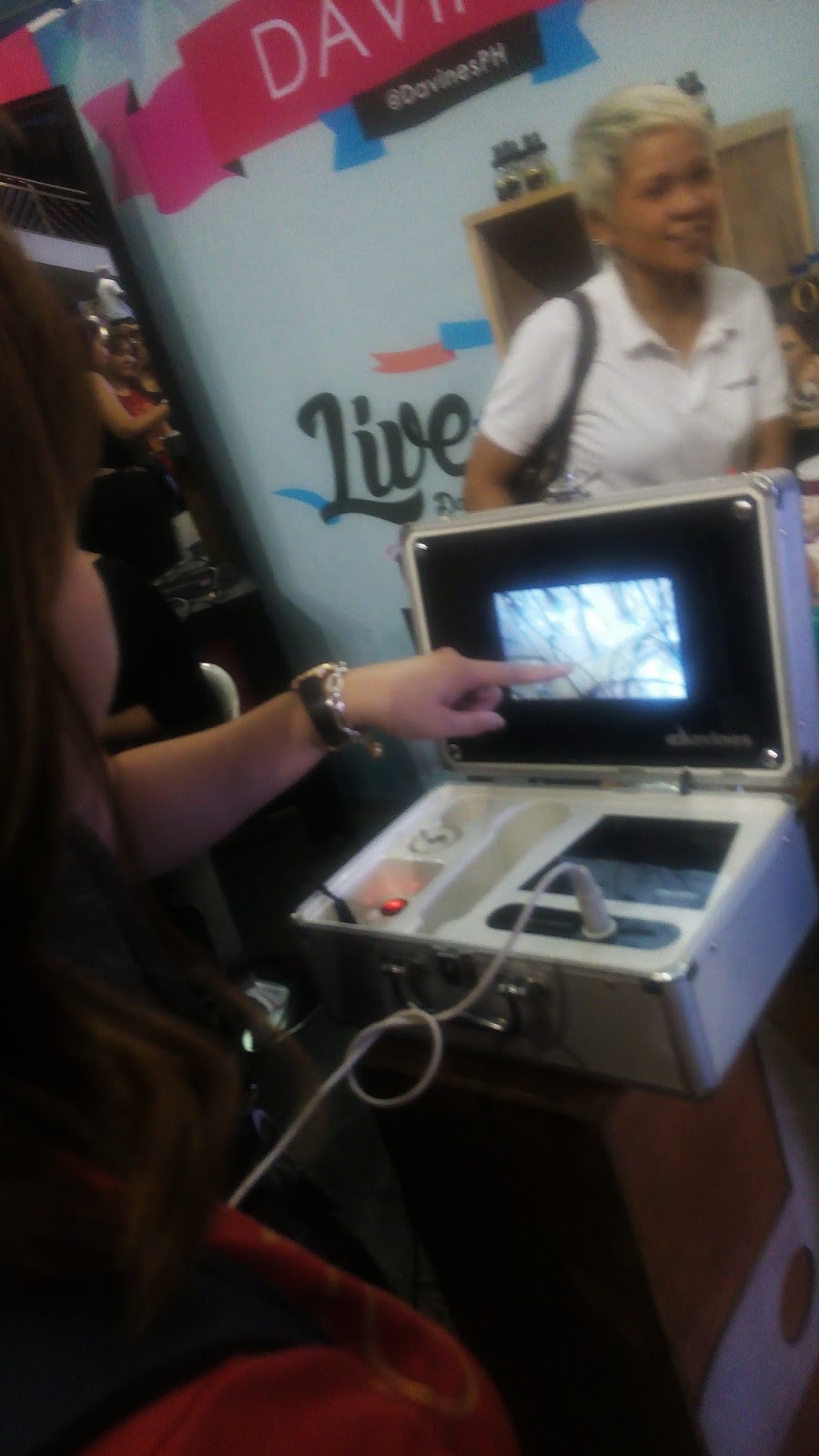 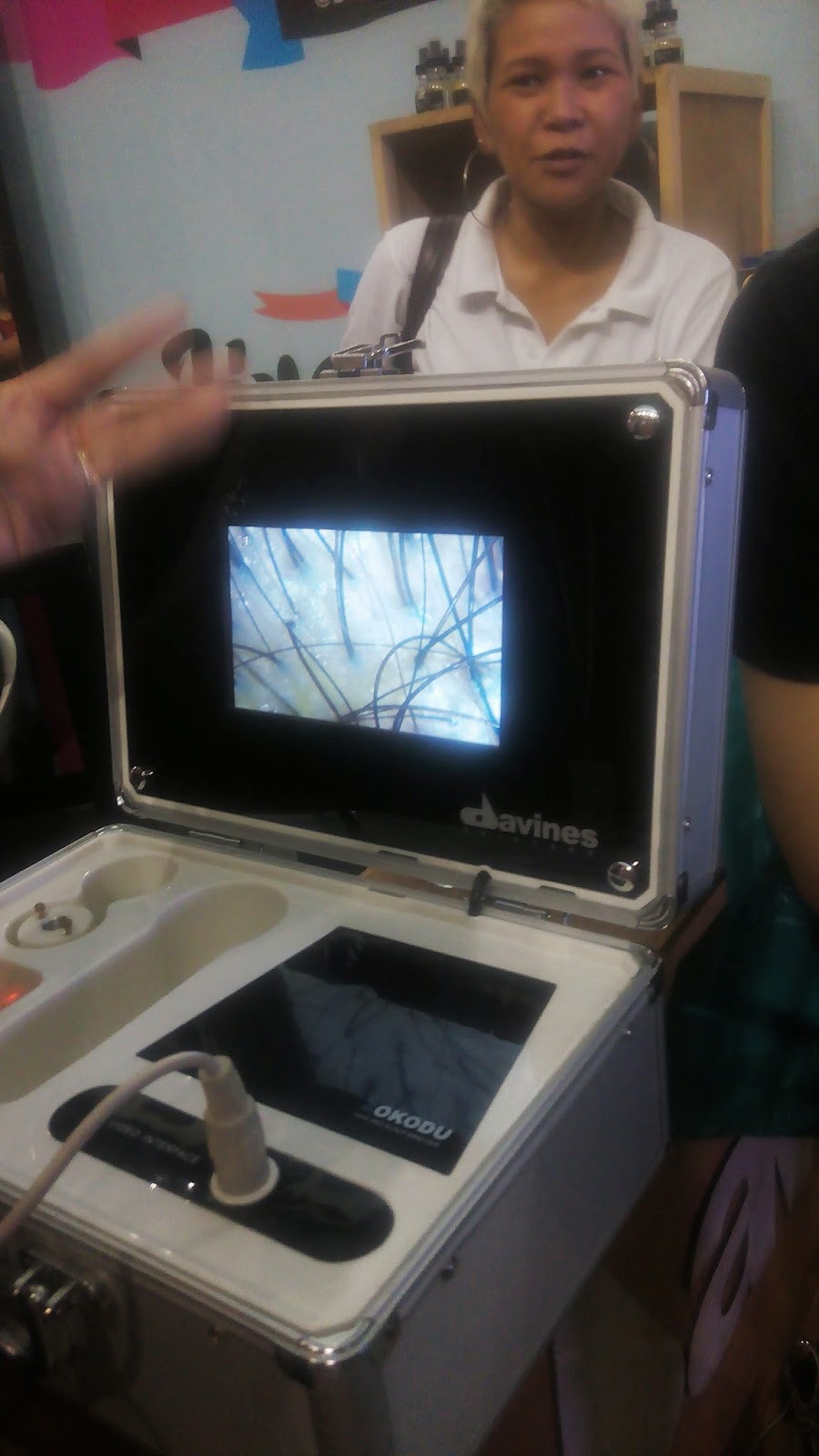 The good news is even though I have fine hair, my scalp is pretty healthy except for a couple of red splotches on my scalp which was alarming when I was told what was causing it! The gentle shampoo and conditioner I use turns out aren’t so gentle at all. My scalp is allergic to it! I’m absolutely horrified of course because 1) I already have fine hair. If my scalp is reacting badly to the hair products I’m using, then it might result in hair loss in the long run which is a no-no! I don’t want to be Miss Baldy by the time I’m 40! and 2) I have a big bottle of that drugstore shampoo! Now I’m supposed to stop using that because it’s irritating my scalp!
So I need to use a new shampoo – one that’s free of sulfate, parabens, alcohol and formaldehyde. I’m thinking maybe I’ll either buy Davines (though I’ve never really tried this brand before) or Macadamia Natural Oil brand. 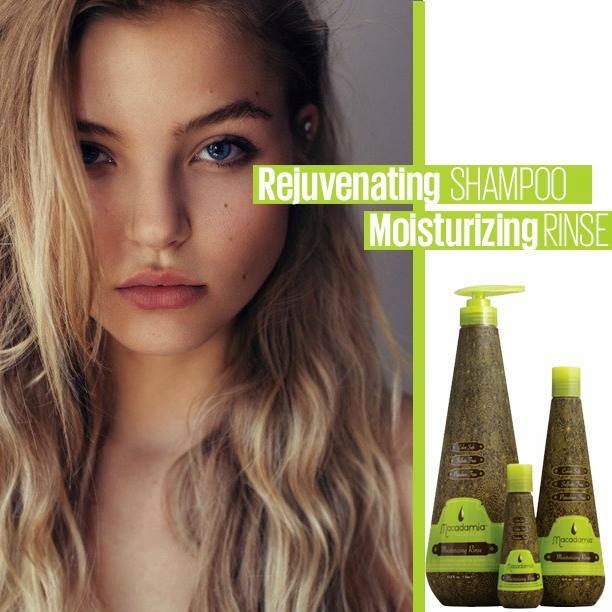 I’ve tried their Macadamia Healing Treatment at Piandre a couple of times already and I just love how the products smell so good and how my hair felt so soft and bouncy after! But Davines and Macadamia are a bit expensive – around Php1k+ so I know I have to include this in my budget first. So I guess for now, I have to use the hair products I’m using – at least until I’ve consumed it all – and then I’ll buy a new shampoo and conditioner.
After the talks, going around the booths for hours and taking a couple more photos at the fair, Maila and I both went home tired but happy to have spent our Sunday attending the BDJ Fair Live It Up: Dance to the Beat of Your Dreams event. 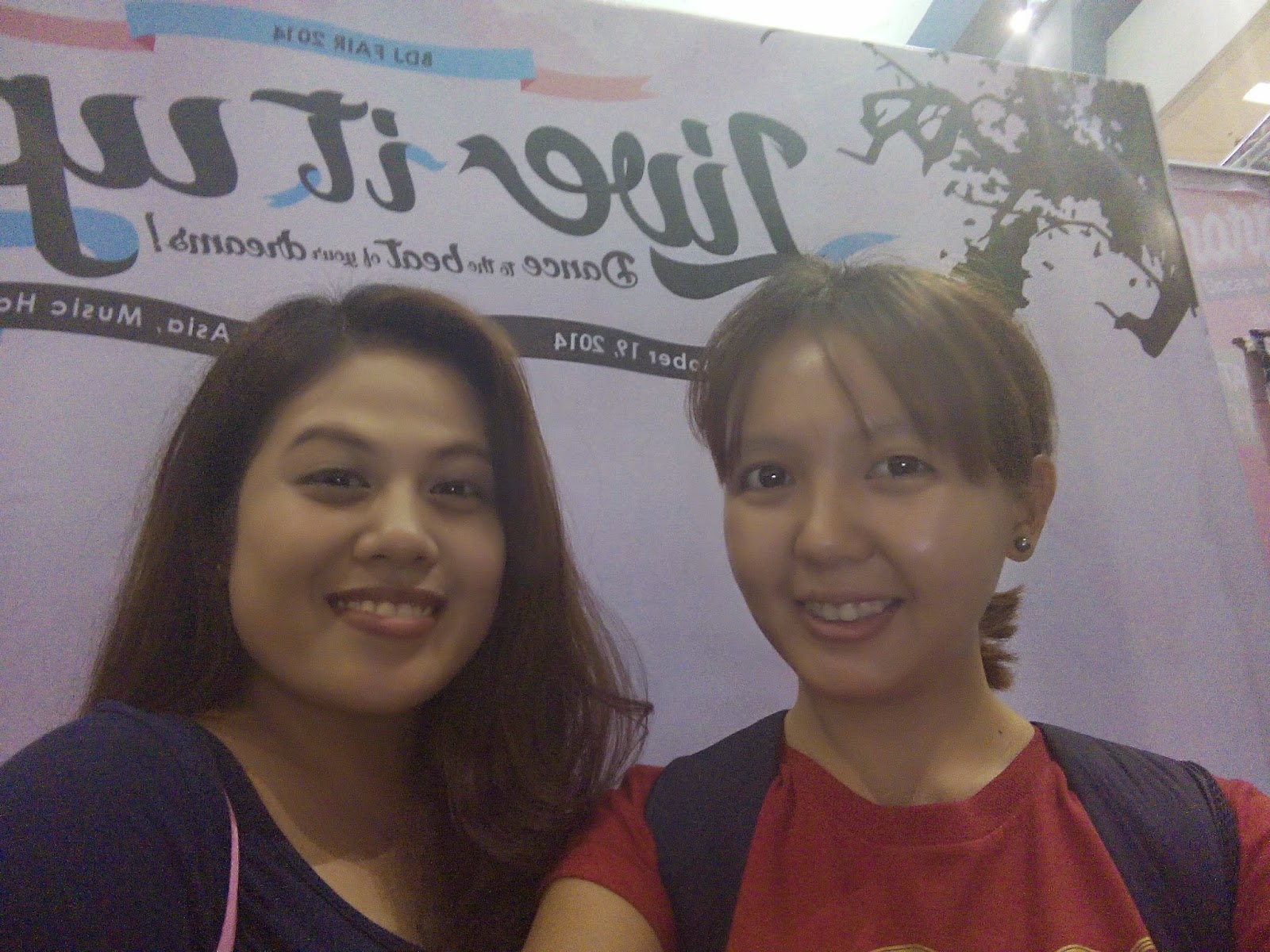 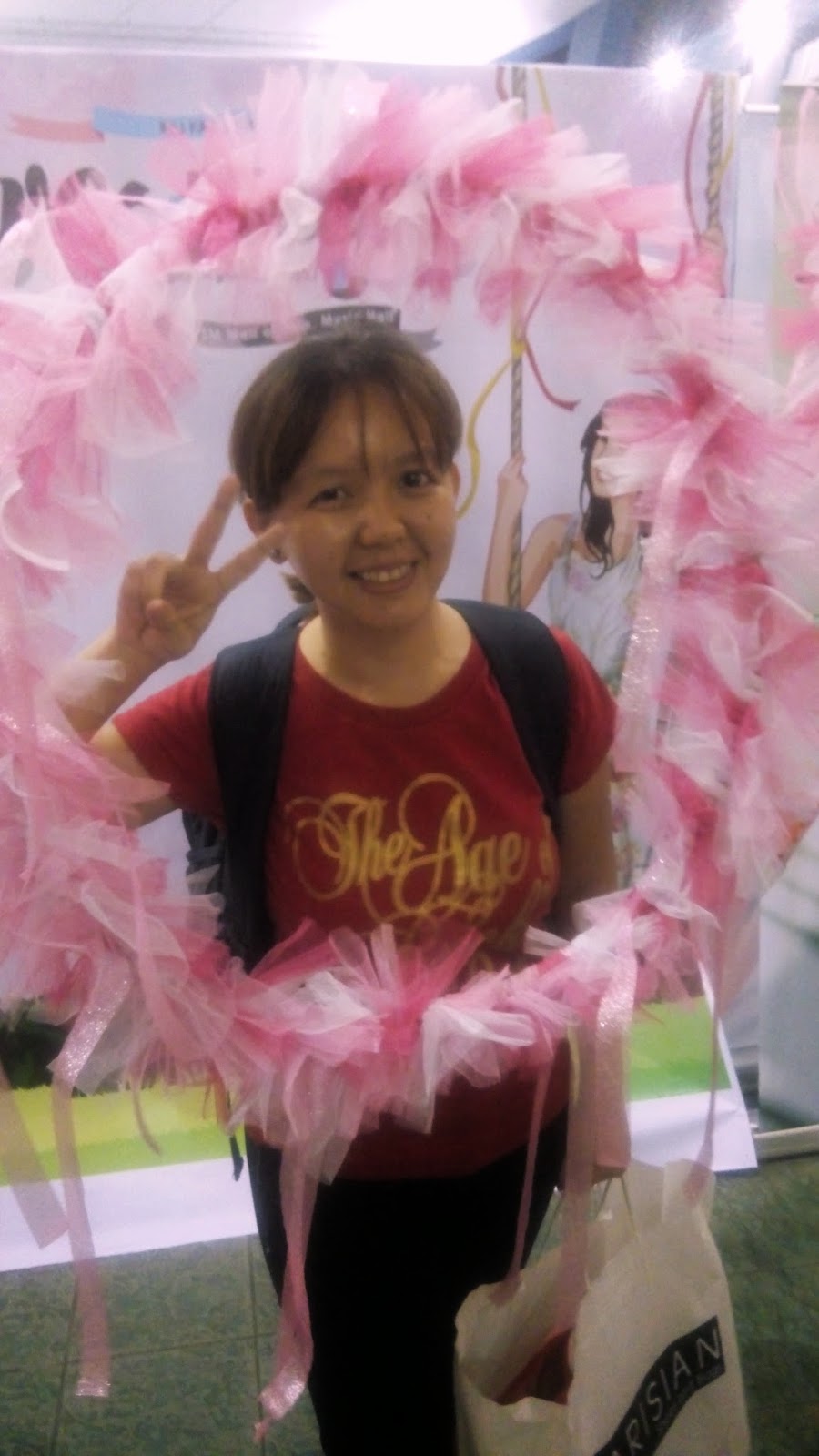 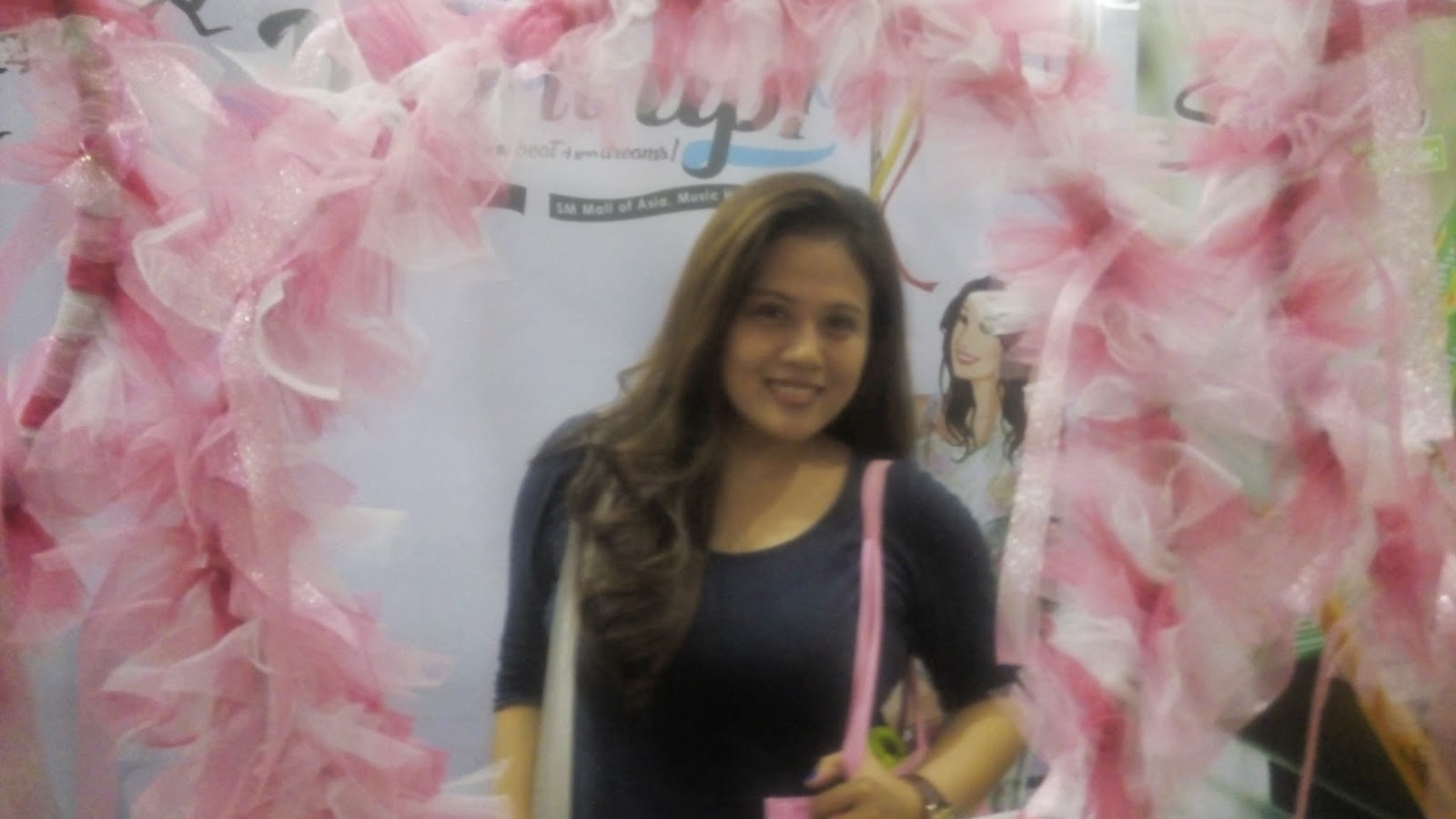 I’m definitely coming back next year!