GREASE is the Word!

What’s your favorite musical? My ultimate favorite is Grease.

My Dad introduced me to the movie that made John Travolta even more famous after his box office success with Saturday Night Fever and put Olivia Newton John on the Hollywood map when I was in my teen years and I’ve loved it since then. 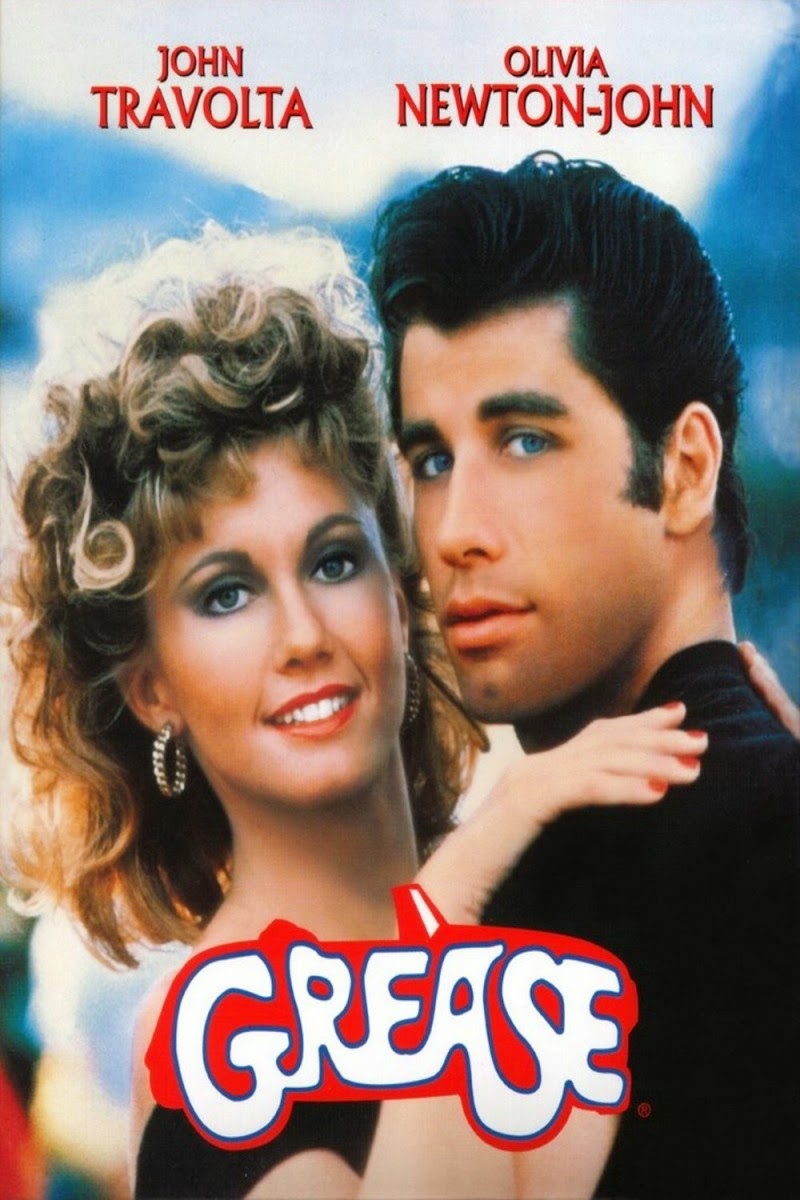 I mean what’s not to love about Grease? The story of high school rebel, Danny Zuko and wholesome Sandy Olsen who meet at a beach and enjoyed a summer romance, parting ways at the end and thinking they’d never see each other again because Sandy’s moving back to Australia where she lives – only to find their paths crossing again when school resumes because as fate would have it, Sandy becomes the new girl at Rydell High – the same high school where Danny is!

The setting: Grease is set in the 1950s where the younger generation’s idea of a good time consist of school hops, dances, bonfires and rallies, hang-outs at soda fountains,  drive-in movies and all-night slumber parties. It’s the year of the rock and roll where the teenage boys are branded as “greases” showing their rebellion with shiny, slicked back hair, thick, black leather jackets and tight jean – channeling the 1950s icon, James Dean and the girls showed their sexual aggression by wearing pedal pusers and tightly fitted sweaters.

And of course, the music from Grease is seriously catchy! My favorite songs from Grease are Summer Nights, You’re the One that I Want and Hopelessly Devoted to You which by the way I dedicated to my oh so popular high school crush. (“,)  We Go Together, Beauty School Dropout and Grease Lightnin’ are also awesome songs to sing along to.

That’s why when I’m so excited to find out that 9 Works Theatrical is staging Grease this month! Well it’s a re-run because they already staged this production last year with Gian Magdangal as Danny Zuko, Ciara Sotto as Chacha de Grigorio and Iya Villania as Betty Rizo. This year, Rydell High will have new kids Guji Lorenzana as Danny Zuko and Tippy Dos Santos as Sandy Dumbrowski (I didn’t realize ’til I recently watched Grease on DVD again that Sandy’s last name in the play is different from the movie). Antoinette Taus is set to play feisty Betty Rizzo.

I didn’t get to watch the first staging of Grease. I don’t know what rock I was living under in before! But I’m definitely watching this one. I think Guji makes a handsome Danny and Tippy definitely has the sweet and wholesome look down and I’m very excited to watch them get into character. But Antoinette is the one I’m curious to see the most as Rizzo. I mean Rizzo, the leader of the Pink Ladies is such a memorable character in Grease. She’s the girl who acts tough but also has a soft spot deep down.

Grease the Musical is set to come back on stage all weekends from November 15 to December 7, 2014 at the RCBC Plaza, Makati. Grease will have Friday and Saturday galas at 8:00pm, Saturday matinees at 3:30pm and Sunday matinees at 4:00pm. You can get your tickets at Ticket World.

Here’s a sneak peek of Antoinette performing during Grease the Musical press conference.

Meet the cast of this year’s Grease the Musical to be directed by Robbie Guevara:
Main Cast:

One of the commendable words that was said about last year’s production was:

“With the different characters and issues in the show, you can’t help but relate and reminisce about your high school life. The re-staging of “Grease” in Manila helps prove why, for many people, high school was one of the best times of their loves. It’s the kind of show that can make you believe that you can be who you are, and that “Grease” is definitely the word, a timeless story that no matter how old you are, you are part of them.” – Mac Macapendeg, GMA News

Speaking of reminiscing, during the press conference, we were asked “If you could rerun a part of your life, what would it be and why?” 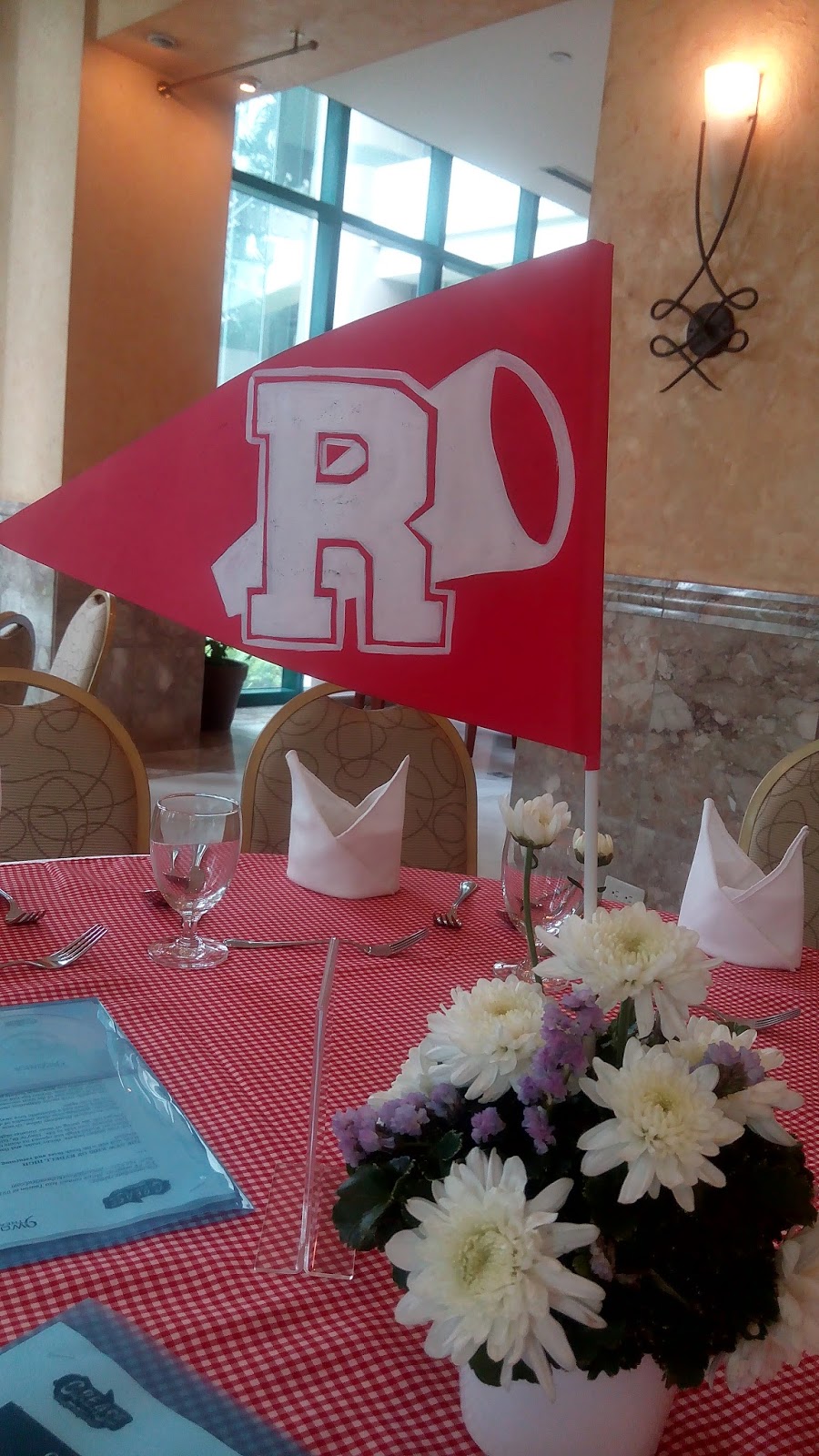 My real honest to goodness answer would be:

“My high school years deserve a rerun. Although I wasn’t part of the popular roster, the smartest class nor the beautiful girls that boys from all levels fawned over, it was in high school that I met most of the wonderful people I now call my friends and we had our own fun adventures.”

What about you guys? Tell me, what part of your life do you think deserves a rerun and why?

Grease, musical plays, other things, things to do in the city
Share :