A Taste of Italian Goodness at Mama Lou’s

Last Maundy Thursday, my high school friends and I did Visita Iglesia at the south side of town – Alabang, Paranaque and Las Pinas. That was definitely fun as we don’t often go to that side of the Metro but it was also tiring. Naturally, we were all famished by the time we finished visiting all 7 churches and so we went looking for a place to eat in the area. It was a challenge considering it was a lot of establishments are closed that day.

All of us were not familiar with the south side area of town. We thought of exploring a restaurant in Aguirre Avenue in BF Homes, Paranaque but we were not sure if any of the restaurants there were open. And so I turned to Twitter for answers. I asked @SouthSnippets – it’s an account that tweets about updates from – yep you guessed it – the south side of the Metro. We were originally going to Buffalo Wings in Molito (according to Google, it was open that day) but I wasn’t too set on the idea of it. South Snippets recommended Mama Lou’s in Las Pinas. 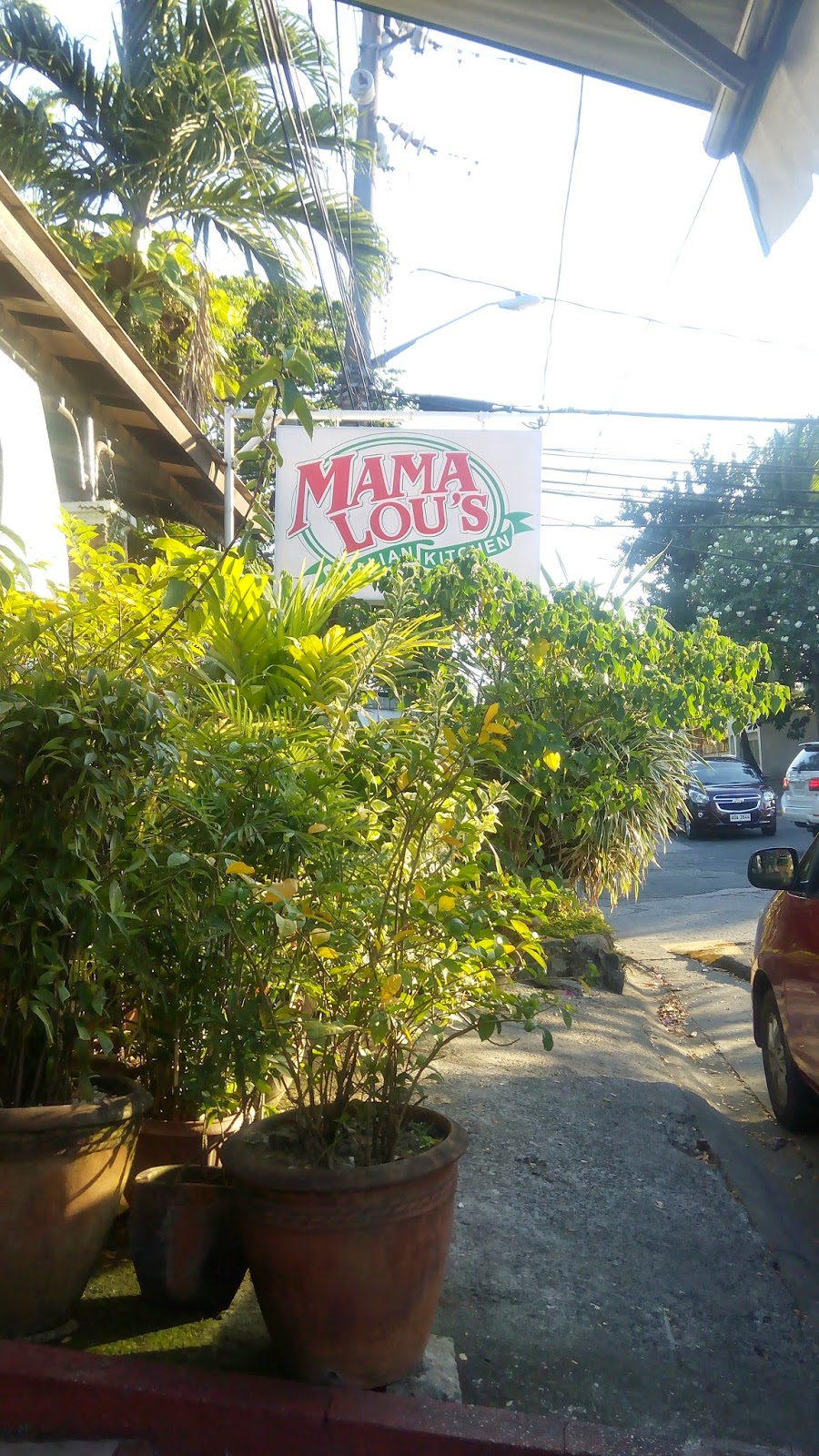 Whoever the community manager is of Mama Lou’s was quick to get on the recommendation, tweeting back to me that they’re open for business. I love companies that quickly respond to possible customers on social media so that enticed me even more (the idea of Italian food already got me sold) to persuade everyone to eat at Mama Lou’s instead.
We got there around five in the afternoon, five very hungry people (we didn’t have lunch). 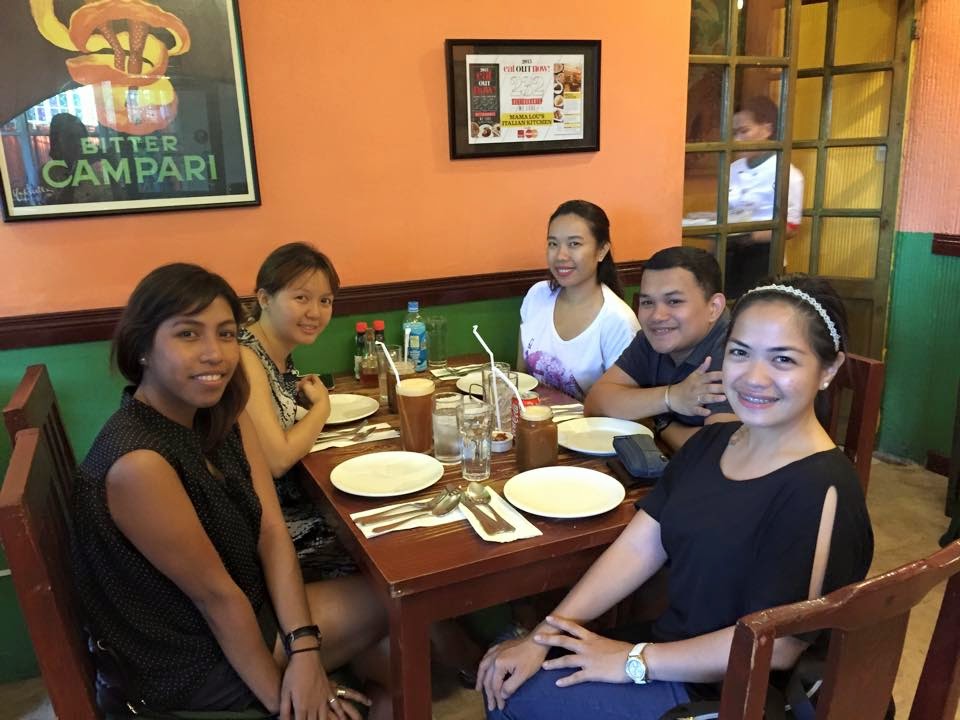 A little tour of the place:
Mama Lou’s outside area… 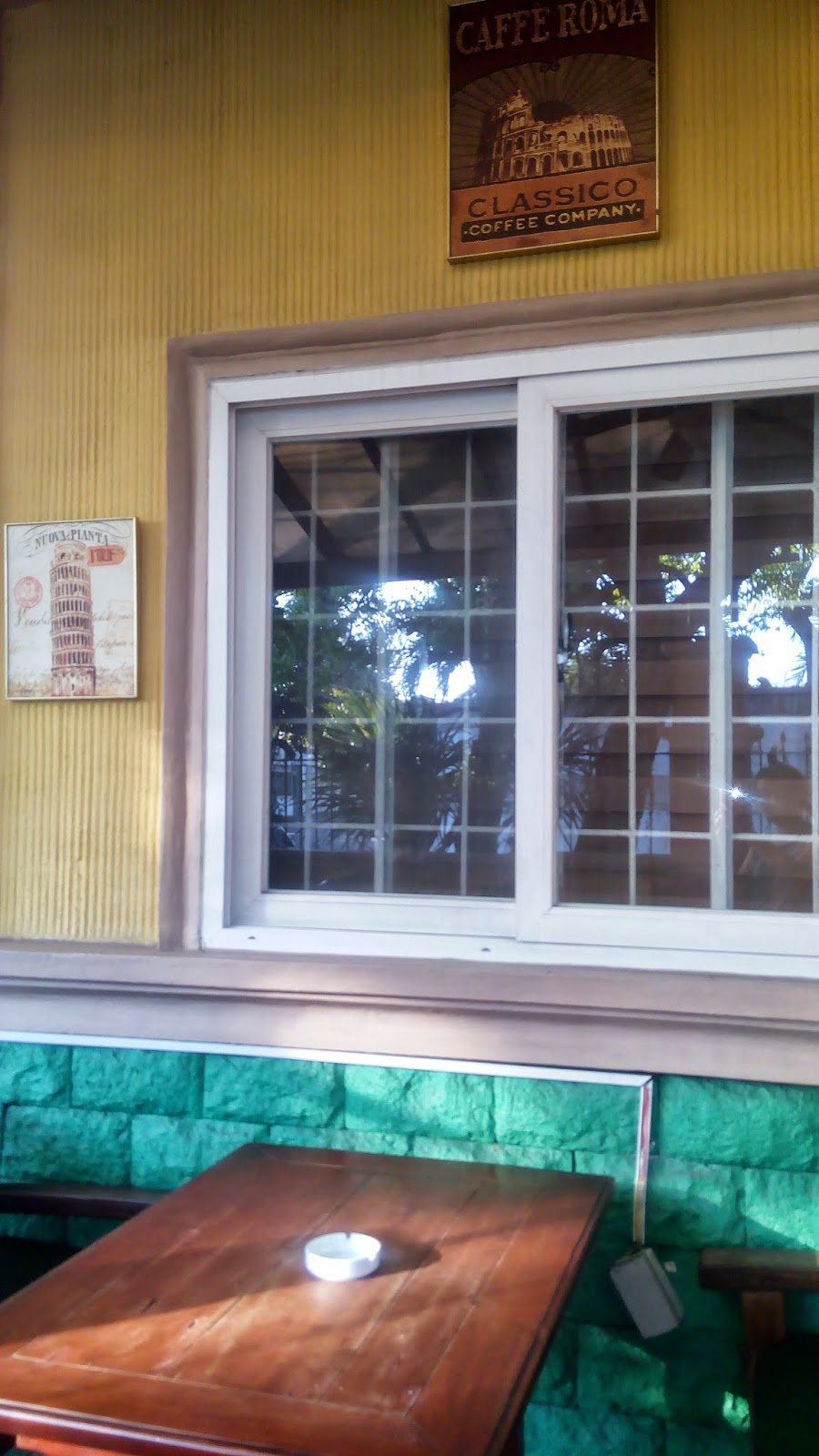 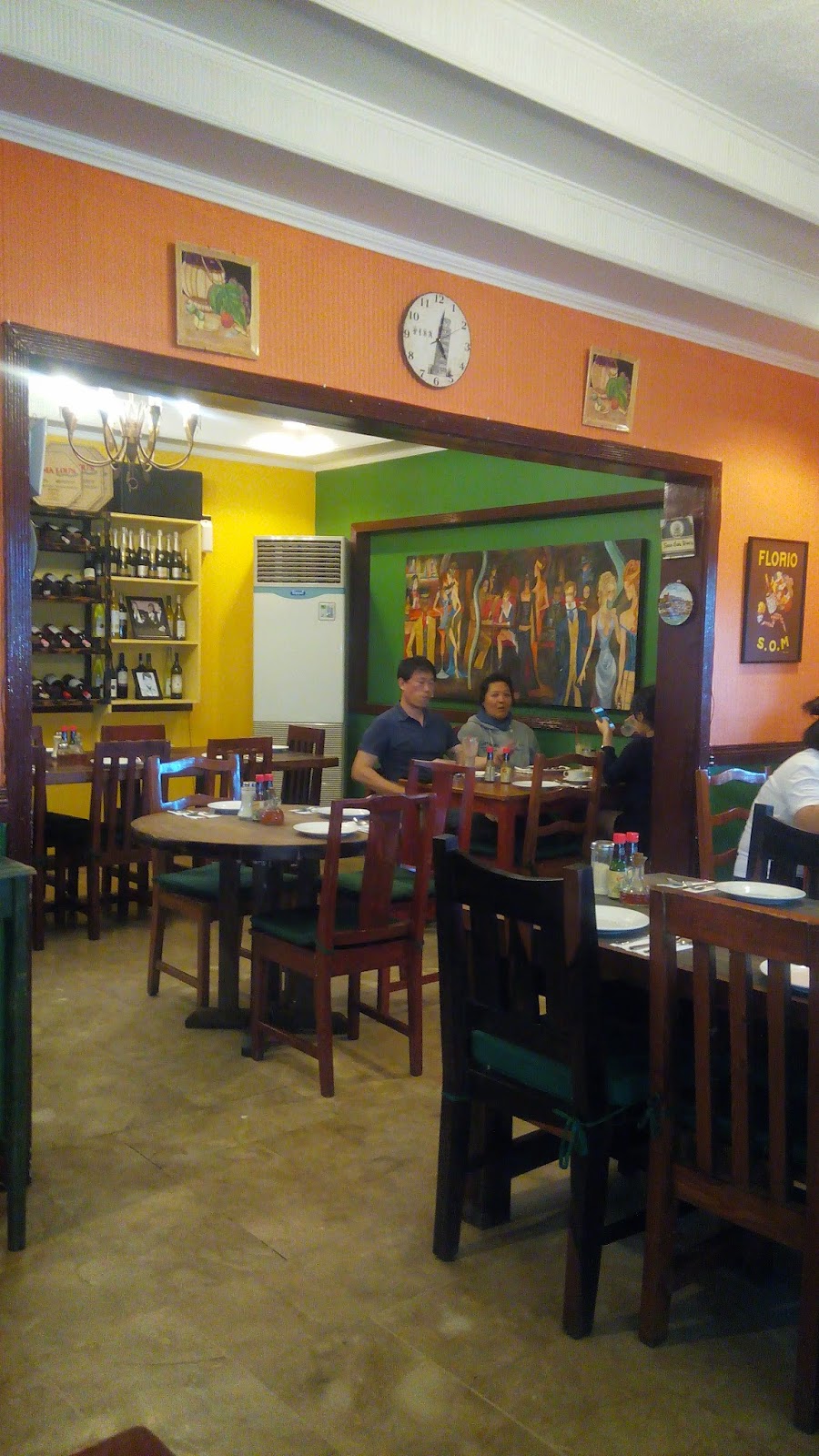 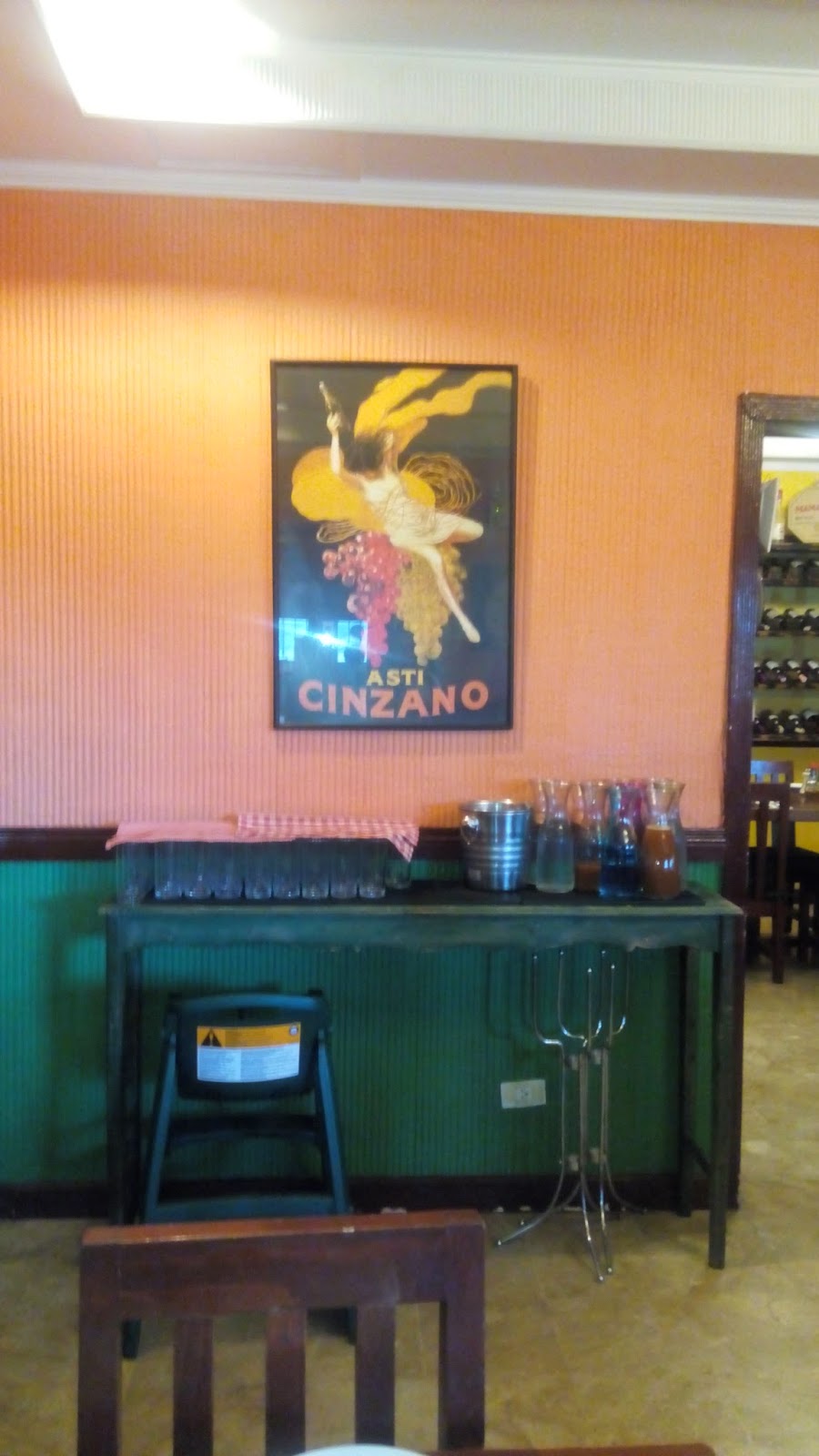 I like the warm and rustic color of the place. Very Tuscan-style.
What we ordered:

All the food we ordered had a good size serving and delicious! But I’d like to highlight two particular meals we got.

I love eating pasta except for seafood that is – I get this impression it’s malansa. And I normally will not even dream of trying it but like I said, all the food we ordered were good and I guess it’s also because I was really hungry that somehow I thought I’d taste Joan’s seafood pasta order. It surprised me in a good way because I actually liked it. The taste of the seafood was not overpowering. It was just right. I probably would’ve eaten it all if it wasn’t Joan’s order. Ha! Ha!

Second:
I ordered this for dessert because when I checked in on Swarm, I read my friend Russ’ tip to order this. Usually the problem I find with mango desserts is that the fruit is not ripe enough. In fact, some mango desserts I’ve eaten in the past, the fruit tasted sour – so not enticing to eat. But Mama Lou’s mango cheesecake? It was heavenly!
Overall, my dining experience at Mama Lou’s was a really good one. We all left with happy tummies. I got my money’s worth in this Italian restaurant in the south. I would love to come back here.