What good thing happened to me this past week? Well, for one thing, payday happened! I somehow spent the last two weeks wondering where the heck my money went again! So yey for payday!

Aside from that however, this week was the week that had a couple of good surprises in store for me as well as fun and laughter.
The twice in a week unexpected hang out 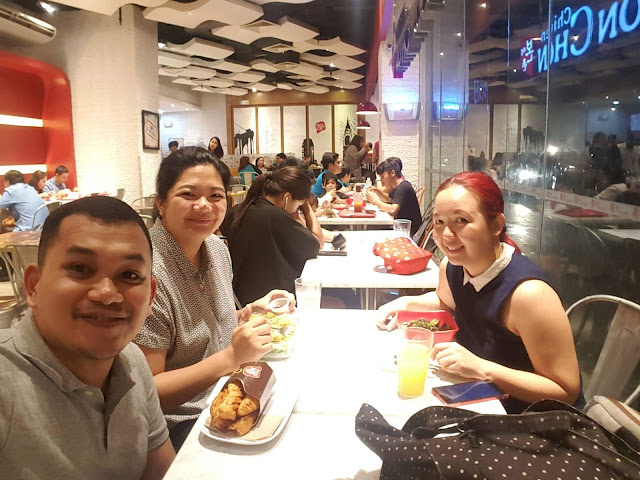 I usually get an invite from Ryan to hang out after work at least one day in the work week. But what was supposed to be just us two hanging out twice this week became a trio with Florian deciding to hang out with us twice this week. Like Ver, Florian’s someone I met through Ryan since they were work colleagues about two years ago already I think. Since then though, she’s become a work colleague as well (I get her as a freelance writer for work a lot!) and someone I consider a friend as well. She’s also left teaching and rejoined the agency world.
She’s as witty as Ryan and Ver are. In fact, this is us discussing a plan for them to share their witty conversations with more people. When you hear their discussions, I’m sure you’ll be entertained too!

A Relaxing Tuesday morning hanging out at Starbucks 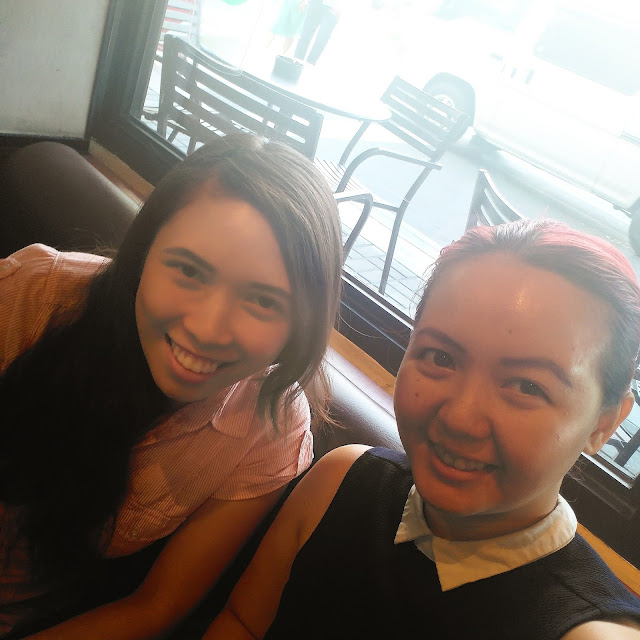 I had a really early start to my work day last Tuesday. That’s because Nicole and I had assisted a journalist who tried his luck securing a visa at the US Embassy. Well we couldn’t go with him all the way inside the embassy so we spent the morning at Starbucks right across. Hanging out at a coffee shop where my food and drinks can be charged to the office? What’s not to love? The relaxing morning was capped off with lunch at Sentro 1771 in Greenbelt, Makati. Very good food in that place! Throw in the fact that I was with another work friend and well, this just has to be part of what made my week.
Delicious and healthy lunch from Juju Eats 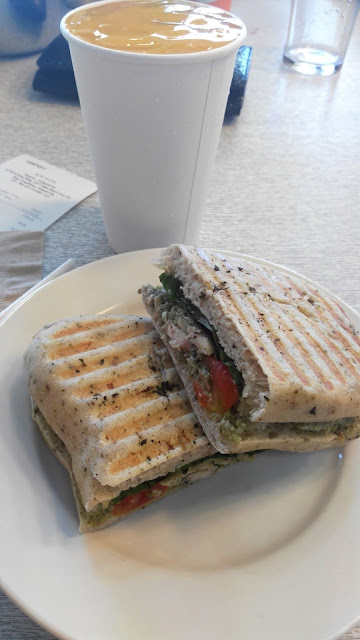 I have to say it’s been more than a year since I last set foot inside Juju Eats. It used to be my Tuesday afternoon habit – me buying a pasta salad or a juice after my meeting. But this week, Fate had a craving a for Juju Eats and so we went there for lunch. I ended up trying their new offering, Grilled Panini Pesto Chicken plus a Mango smoothie. It was expensive but it was worth it.
I got me a couple of designer shades 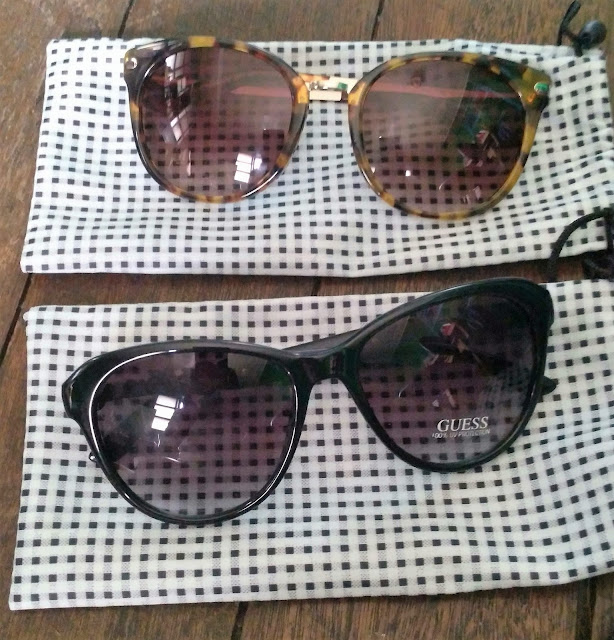 Maila and I saw this announcement about a designer shades sale at Alphaland last week.My Sunnies shades’ broken already and so I had every intention of buying a new one. After our lunch at Juju Eats, we dropped by Alphaland and so I was able to check out the designer shades sale. I ended up having two designer Guess shades for only Php990! It was a buy one, take one bargain deal!
Windfall

My cousin, Mark said he wasn’t sure he’d be able to drop by this weekend at the house to pay me. He owed me for his share of the Internet (yes, I still ask him to pay even though he’s already moved out. It was our agreement) and for buying my old HP laptop so he told me he’d just send me the money through my BPI account. I’ve had some hard time collecting cash I’m owed to from some people and I didn’t want this to add to that. So off I went to BPI near our office to open another BPI account (I used to have two savings account under BPI but I can be so careless with money that I emptied them… or so I thought!)

I attempted to open another Easy Saver account (just for the sole purpose of collecting money from Mark) but then I was told I still had an active Easy Saver account with them. Wow! Imagine my surprise to find out that I still had some money stashed at BPI and I had completely forgotten about it! So instead of opening a new one, I had my old ATM card replaced, my online banking account reactivated and voila! I now have another reason to be more responsible with my money. 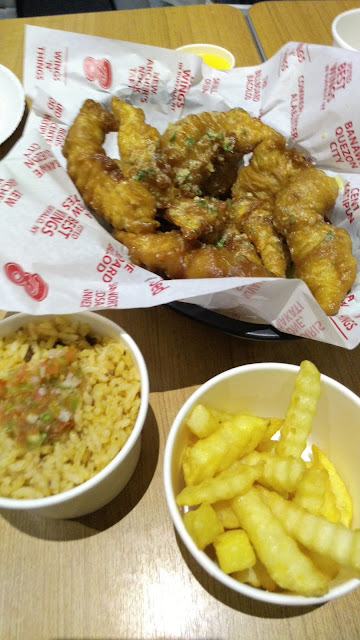 Actually the place is called Buffalo’s Wings ‘n’ Things and it’s located at Glorietta 5. But Ver, Ryan and Florian refer to the place as “chicken, chicken”. “Let’s eat at Chicken, Chicken” they would always say. And so Friday night, Florian, Ryan and I had dinner there. I think that’s a garlic something flavored chicken (Ryan usually orders it for me so I can’t really remember what it’s called) plus NY dirty rice and fries. I had two dirty rice that night! Yum!!!
Throw in this view of Glorietta from where we dined in at on a Friday night and it became a favorite moment. 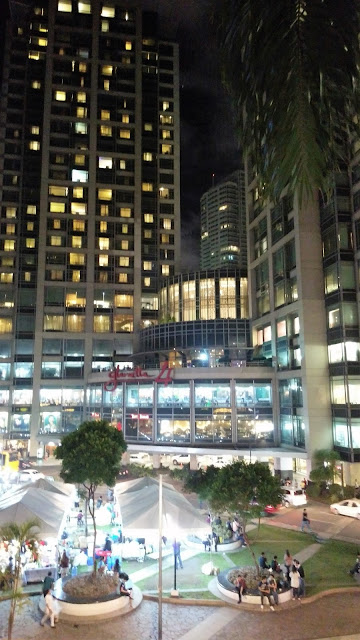 And lastly, there was the unexpected weekend bonding with friends 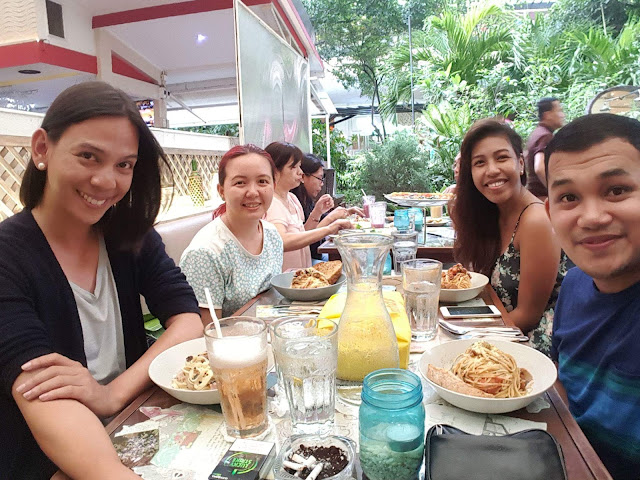 I had initially planned on going to the gym with another friend. Unfortunately, I’ve been suffering from a case of muscle cramps on my right side since Thursday afternoon. I didn’t do any strenuous activity so I am blaming it on a bad sitting posture at work since that’s when it started. The cramps are now mild but I dare not do anything that might cause it to ache again for now so I skipped the gym and chose to veg out instead.
My plan was to stay home and spend time watching movies on NetFlix. But Mai invited us to meet up. Since hang outs with this girl are rare, off I went to Glorietta to meet them. And then we had another unplanned meet up with Ver who was at Makati yesterday because of a review class she’s teaching. This is us meeting up for dinner at Cafe Mary Grace. We also watched a movie last night per Ver’s invite. We watched Love Me Tomorrow starring Piolo Pascual and Dawn Zulueta.