Art Fair Philippines 2018 was held a couple of Sundays ago and I was there along with a couple of friends for a weekend of art appreciation. 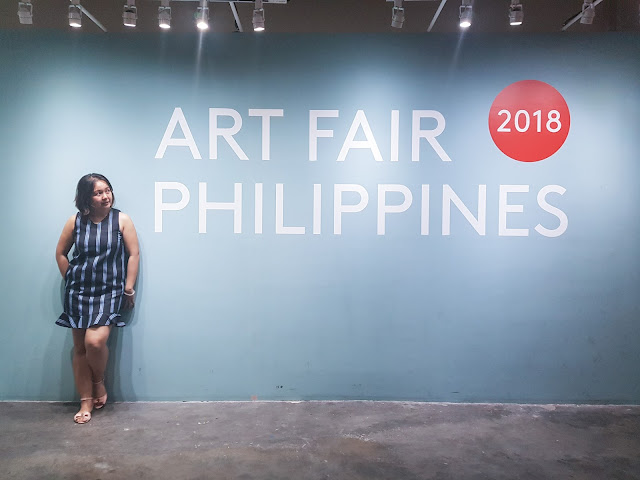 The last time I went to Art Fair was still back in 2016 so it’s nice to be back taking in the art scene which has slowly started to become mainstream thanks in part to Ayala Land Inc. and Makati City who’ve been taking the lead in making art a part of Filipinos’ lives.
Some of the ways they’ve been doing so:
1. Having art installations in public.
Filipinos can now see artworks not just inside museums or inside a building like The Link where Art Fair PH is held annually. This year, art was easily seen by the public. Case in point, this Leeroy New art installation called Barikada, which I saw as I walked by the bridgeway connecting Greenbelt and Landmark on my way to Art Fair PH 2018. 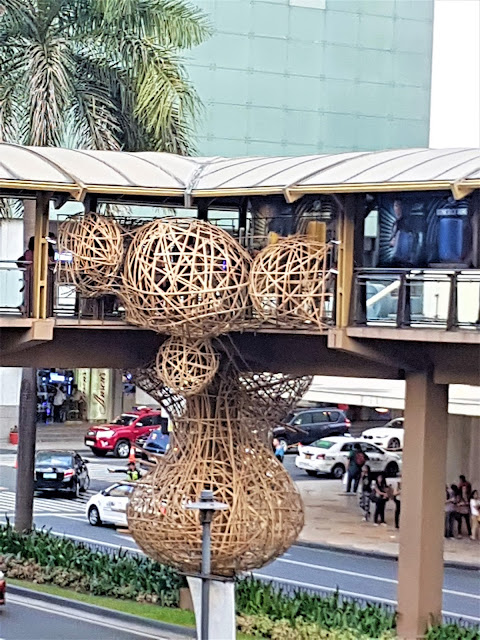 With artworks displayed in public, it’s easier for people to see just how art can blend into the environment and allows them as well to appreciate first-hand the work of the artist. After all, it’s the ultimate goal of any artist to share his passion for art to everyone.
2. Encouraging contemporary art forms, such as photography.
Think that art is limited only to sculptures, paintings and installations? Well, think again because photography is another form of art and in this day and age, digital photography is an art widely appreciated. That’s probably why this year’s Art Fair had a special section that showcased photos.
Here are some of the photography works I loved: 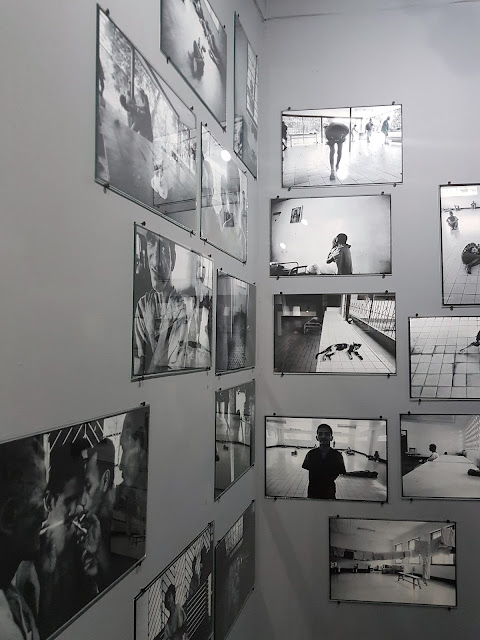 A closer look at the mental illness in the Philippines 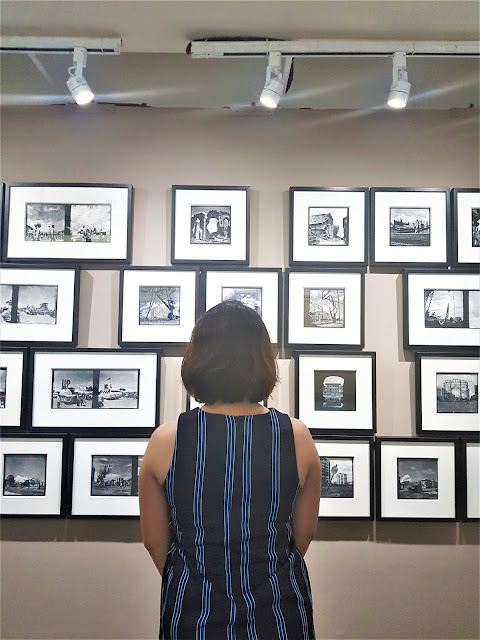 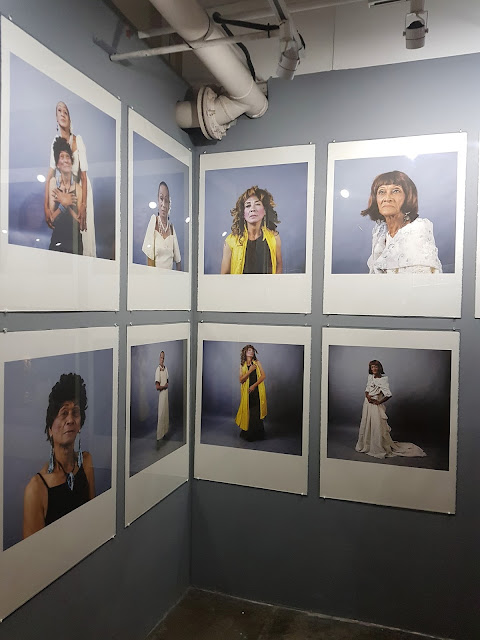 Manila’s Golden Gays
It felt a little sad reading the story of Manila’s Golden Gays. They lamented about the days gone by; of them losing their home after the death of Justo Justo and how they miss the dressing up in bright and colorful outfits, donning wigs and putting on makeup for pageants.
Another photography exhibition that really struck a nerve was Everyday Impunity which is tackles the extra judicial killings that’s been rampantly happening in the country under the current administration. One side of the dimly lit room was various photographs by Carlo Gabuco of the victims of EJK and the bloody aftermath of the President’s war against drugs. It was enough to give one goosebumps. But the real chill comes by listening to a recording of a 12 year old girl, Christine, who narrated the story of how her father’s life was violently ended by the police. A lone arm chair was placed in the center of the room with a single bullet hole on it claimed to be caused by the bullet that took Christine’s father’s life. People were free to sit down on that chair as they listen to her story.
I didn’t sit in the chair but I listened to her story. I felt like crying as she told the story of her father’s senseless killing.
3. Featuring works of up and coming artists.

Whether they’re an up-and-coming artist, in mid-career or even an established one in the industry, Makati City gives them a fair chance to be included in its art events and initiatives.
4. Holding art fairs.

In Makati alone, there are already a number of galleries that showcase different works of arts. But the challenge has always been how to get people to visit? I, myself, have only visited a gallery once – Silverlens in Pasong Tamo Extension which has also been a couple of years ago. It’s a good thing there is now Art Fair Philippines which is held annually since 2013 and it’s been getting bigger and better every year. With this event, artists and galleries alike can gather in one roof to showcase their works and it’s also more convenient for a lot of people.
Here are some more works of art that stood out for me at Art Fair Philippines 2018: 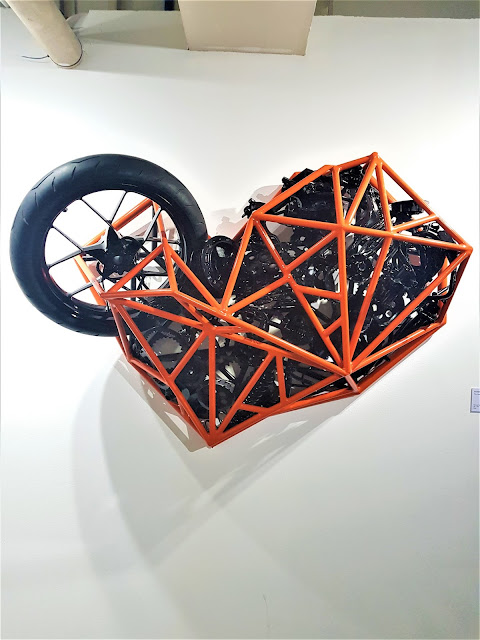 Racing Heart (which pretty much sums up how I feel when I see my crush! LOL!) 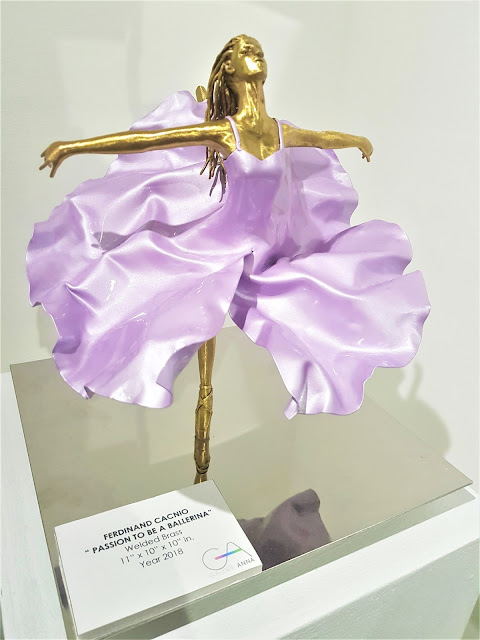 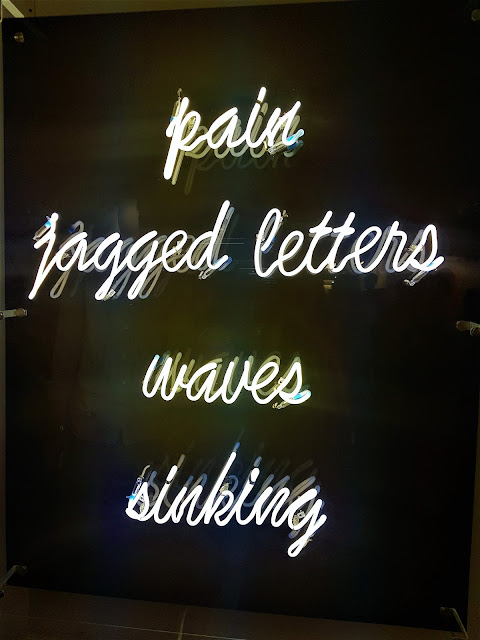 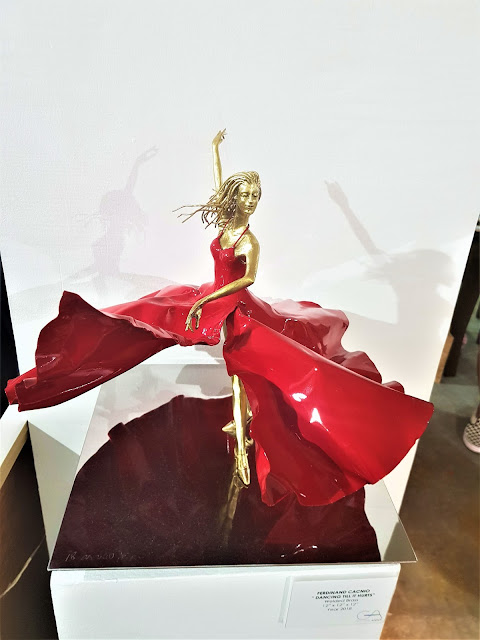 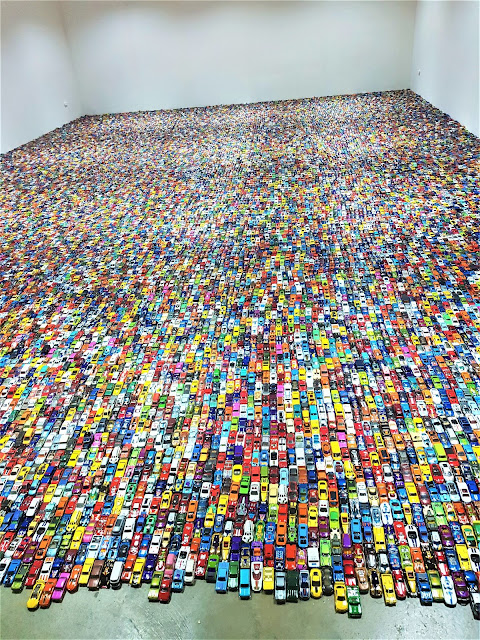 I heard there’s about 24,000 cars here. Kind of reminds me of EDSA rush hour traffic 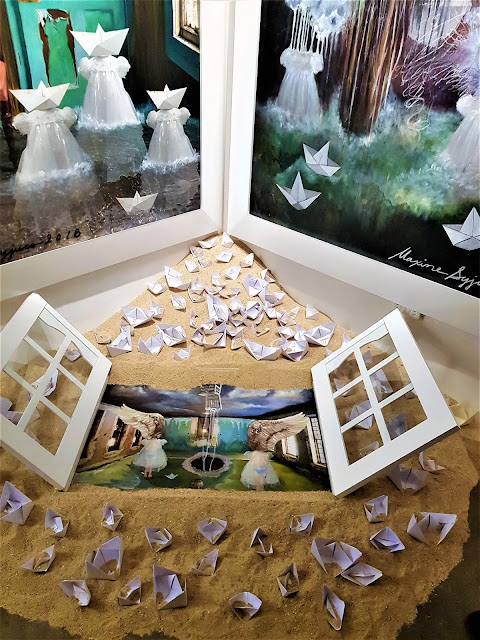 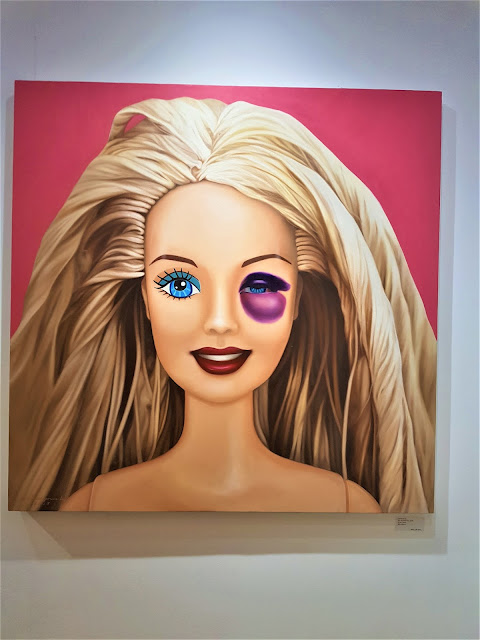 This artwork reminds of women in abusive relationships, aptly titled This Too Shall Pass 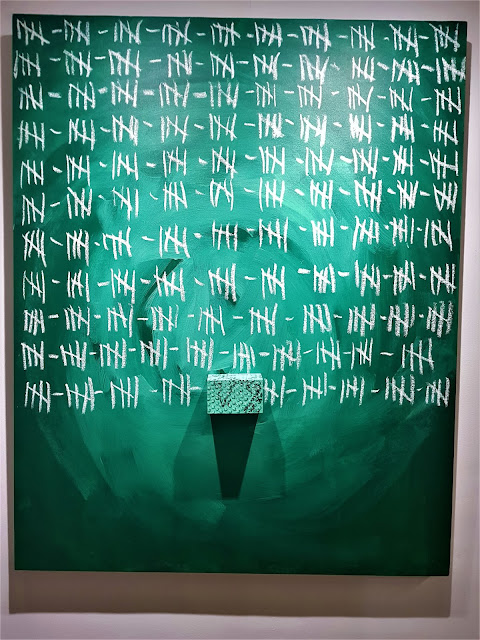 And this art work reminds of patience. Like whenever he says I’m going too fast and I should slow down, I envision myself using this board and counting down the days until it’s finally the right pace. The right time. LOL!
5. Promising continuous support for art.

So aside from the annual Art Fair Philippines, Ayala Land Inc. and Makati city stay true to their commitment by continuing to immerse citizens in arts and cultures like Dia del Libro, Makati Street Meet, Makati Street lights (I’ve yet to experience these though it’s always on my list of must-try activities in the city!) and the famous Ayala Triangle Festival of Lights which happens annually as well, around November to December.
These initiatives that support artists and foster an appreciation of arts make Makati city the country’s haven for arts and culture. It also makes me love living in this city even more!

art, art appreciation, Art Fair Philippines, LIZ in the city, things to do in the city
Share :