Confessions Part 7: The One Where Emotions are Checked at the Door

And so another week is done and it’s time for weekly confessions and current lists. The title of the post pretty much describes how this past week had been. There was certainly a whole lot of feelings for things and in order to get through, I had to constantly check myself and deal with my emotions.

I highly believe that Monday starts a precedence for the whole week. That’s why I used to have Pamper Me Mondays – well tried to have at least. Lasted me about two Mondays and then that was it. Anyway so this Monday I found myself at the gym after work hours. It’s the first after two Mondays of either not being present at the gym at all or being there early morning that I was at the gym again after office. My schedule at work was light that Monday so I went. Also my going after work was to somewhat prove to a friend and to myself that I was not hiding at all from anybody. And as if the universe wanted to test that further, I let another friend of mine talk me into attending a class that I had been avoiding since our falling out incident happened. I was nervous truth be told even though I knew no harm could be done to me and I kept thinking about the last words this person told me right before we stopped speaking to each other which I had to constantly push at the back of my mind as I worked out. I did that again the next day when I once again I decided to attend another one of his classes. I was partly relieved that I had another friend present at that class, team teaching with him. But it still was a tough act I put on, acting like it doesn’t affect me – what he said, what he did.

At work, there was a crazy, overreaching and incredibly stupid idea thrown in. And when I think an idea will likely only make me part of a laughing stock but will be forced to follow anyway, I tend to get riled up. But I’m trying to be a little cooler nowadays than I was a year back. No sense getting worked up when things are not in my control.

There was also the family gathering where I heard people throw those old age questions at me when they’re trying to ask how I am. “May boyfriend ka na/asawa?” “Bakit wala pa boyfriend/asawa?” It honestly bugs me because it’s like being single is a sad state. But I expected those questions so I had to brace myself. Smile and shrug as I continue simply saying “Wala pa po e.” I certainly wasn’t about to say “Walang gustong magkamali” because that’s putting myself down.

On the lighter side of things, remember the blind date of a book I got from Dia de Libro? I finally unwrapped it today! Look at what I got! 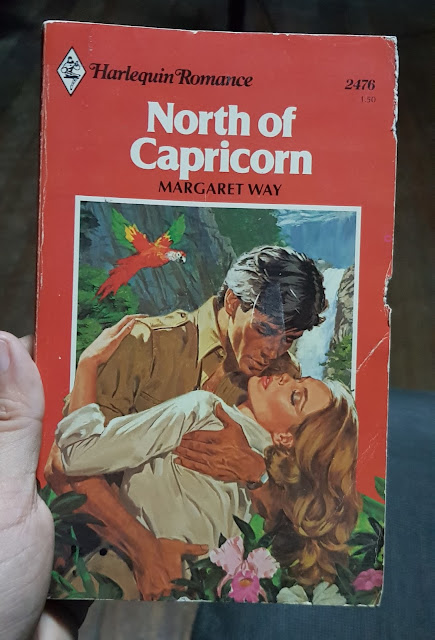 It’s a Harlequin Romance book! I’m actually thrilled that this is what I got. You see, back when I was a teenager, I used to read a lot of Harlequin Romance books! These books are old! I remember getting these from a thrift shop in Evangelista, Makati – there’s a certain street there that’s popular for the rows of thrift stores.

And I dined at this newly opened taco place at the Top of the Glo in Glorietta called Taco Man. I found their food to be delicious. Ryan and I half and half it but the prices are affordable with good serving sizes. Try it if you ever were in Glorietta. 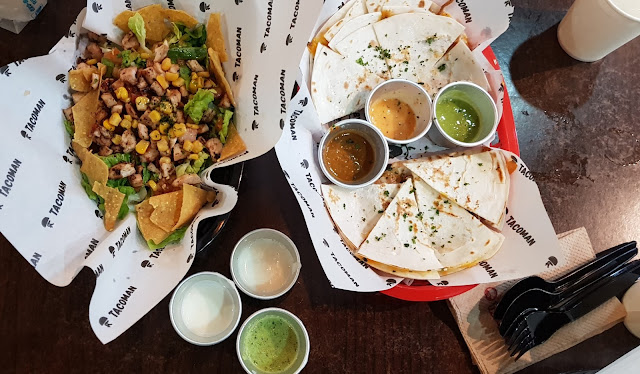 Listening to: Alternating between Lady Gaga’s The Cure and Demi Lovato’s Sorry Not Sorry

Ryan told me about the first song. He’s been teasing me a lot towards a certain guy – the one who I spontaneously went to the movies with last week – who’s favorite song is The Cure. I don’t think we’re each other’s type so my best friend can tease all he wants but it won’t fly. I like the song though. It’s got a seriously sweet message. And the latter song? Well a rekindled appreciation for Demi’s Sorry Not Sorry after hearing it on Body Jam class. Powerful moving on message right there.

Watching: Flight and a whole lot of Marvel movies


Actually just finished watching Flight on Netflix, a movie about an airplane pilot (Denzel Washington) who successfully manages to land a plane on ground after experiencing a lot of difficulties on air, avoiding a crash that will kill everyone aboard and put under investigation after.

Tried to watch The Week of starring Adam Sandler and Chris Rock also on Netflix but I couldn’t bring myself to finish the movie. Probably not in the mood yet for this kind of comedy. I can’t tell you yet whether it might be worth watching anyway because I was not able to sit through it long enough.

But yeah, I’m also watching Marvel films. As you know, Marvel’s Avengers Infinity War is now showing in theaters. Ryan’s a big Marvel fan and he shared with me and his partner the movies that are essential to watch before Infinity Wars to understand the new Avengers movie better. I’m not a big fan of the Marvel films though I am liking watching them. Will I be catching it in theaters? Maybe when the craziness has died down aka the crowd lining up to watch it. I could also just wait to see it once it becomes available on Netflix like a lot of other Marvel films.

I have the outfit ready and the bag. All I need now is to identify what other things to bring to the trip. One thing’s for sure though – I have to pack light! This is just a day trip after all.


It’s a collection of poems on love, longing, and finding your place in the cosmos. You can shop for that here.

After two weeks of not being able to go to the gym regularly, I believe I’ve gotten my groove back. This week, I worked out for five days! In the coming weeks, I fully intend to keep working out and watch what I eat again! I know I’m looking fit now compared to 2016 but still, got a lot of visceral fat to lose!

And I know I haven’t been able to blog much saved for my weekly confessions. It’s been a struggle honestly – part lazy and part busy. But I’m determined to make the time starting this week to blog, blog, blog!

Lastly, I have every intention of curbing my spending habits more so I can save more. My finances honestly took a hit when I resigned from work, transferred to a new supposedly higher paying, better job and didn’t like it so I resigned again and now I’m here – trying to regain back what I lost and save better.