“How far is this island?” I asked Ryan when we were finally at the port waiting to board the boat that would take us to the town of Carles where Islas de Gigantes was located.


“Ayun lang yung island oh,” he answered as he pointed out an island that I could see from where I stood.

I blame it on all those movies I’ve seen as a kid about the open waters. Ha! Ha! Did you see JAWS? The sun shining above the sea making its surface seemingly sparkle did not do anything to appease my nerves. I think my knuckles had turned white from gripping the handle of the seat in front of me during the trip which tightened even more as we passed by the island that Ryan had initially pointed out to me and so much more as our boat traveled on meeting wave after wave that splashed us and got us a little wet. The boat trip to Islas de Gigantes was probably 1 1/2 hour – 1 hour longer than I thought it would be. Ryan told me later on that he honestly thought that he was gonna be in trouble with me for giving me the wrong information though he said that in his defense, he really thought that was it. All that time though I was thinking he actually knew the islands were farther than that but he was simply trying to calm a nervous friend down aka me. Ha! Ha!

Anyway, Islas de Gigantes is called that because the islands from afar looks like a sleeping giant. It’s such a popular tourist spot now and I can understand the attraction. If you’re willing to go the extra mile – aka travel about five hours on the road and the open waters – white sand beaches, interesting rock formations, crystal blue waters and amazing sceneries will be waiting for you. 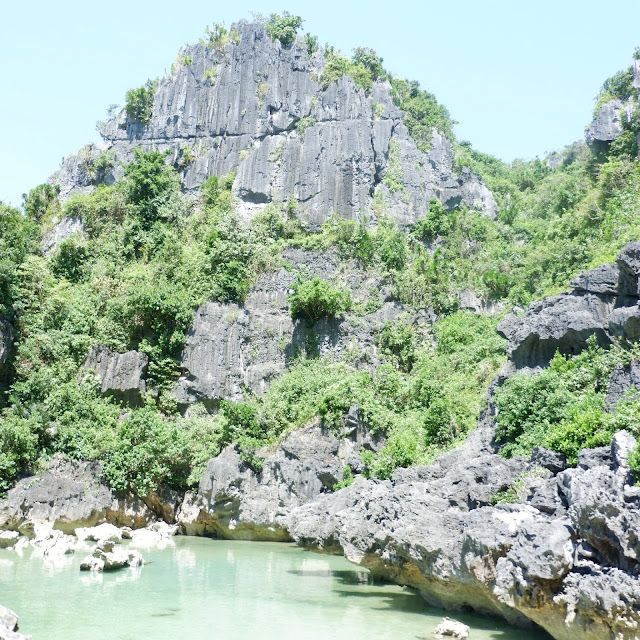 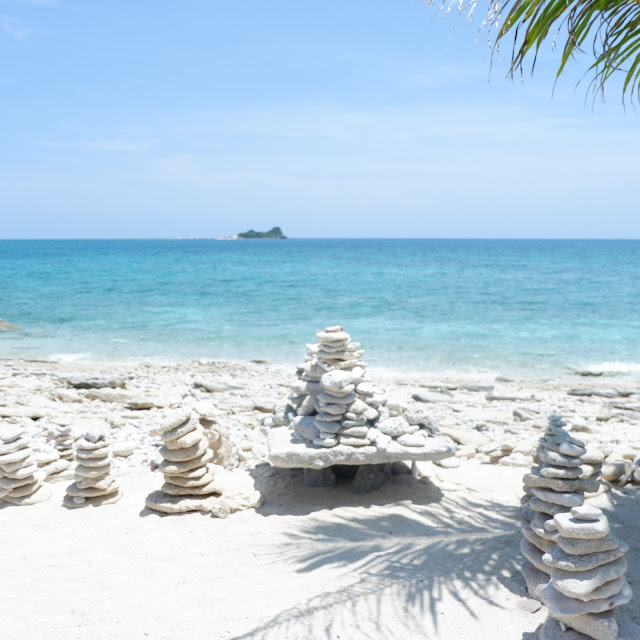 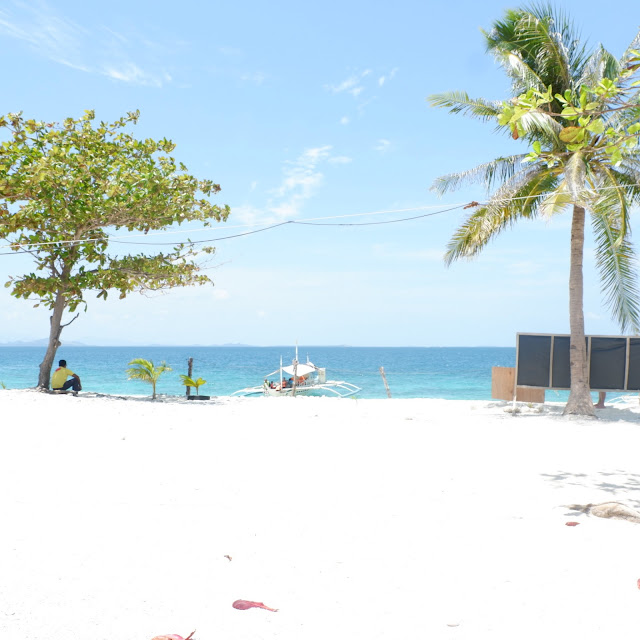 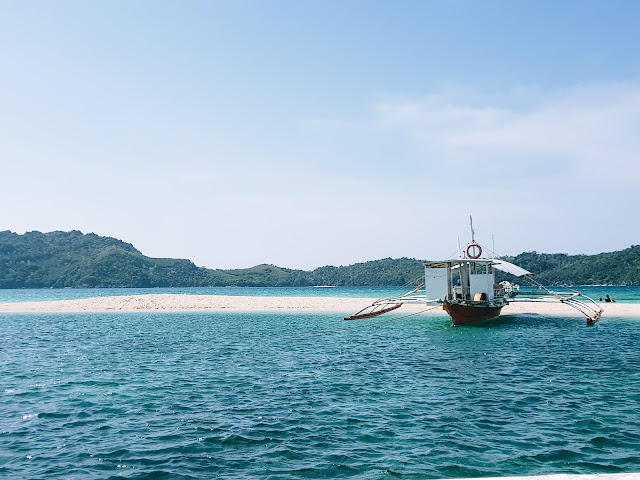 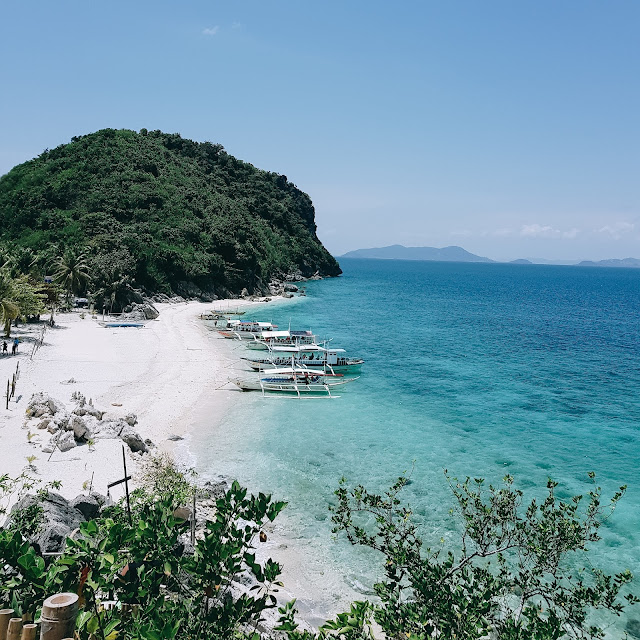 We took the day tour as part of a joiner group. You can opt to stay here overnight because I think there are other activities offered on the islands. But the day tour package that we availed included lunch which consist of an abundance of seafood so if you’re a seafood lover, expect your tummy to be happily satisfied and full. I think one of Iloilo’s specialties as well is seafood. Not really a fan of seafood but luckily there was chicken served during our lunch and it was also delicious! 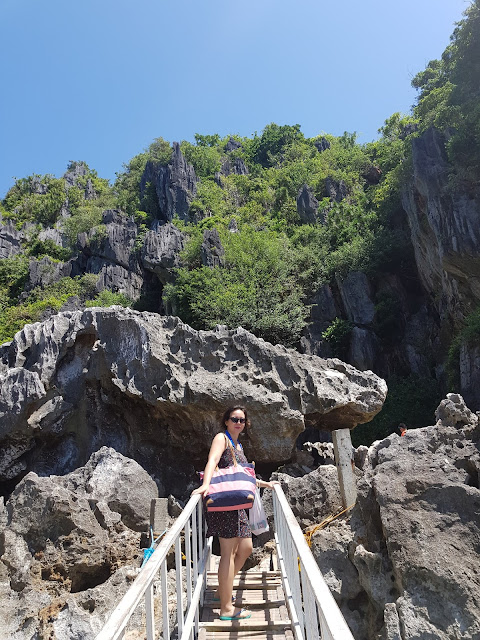 Even to our island hopping trip I had a big bag to hold my stuff from my camera, phone, powerbank and sunblocks for the face and body (I didn’t want to get sunburned)! I also brought with me snacks to eat during the trip because it was a very early trip!

Well with such a beautiful view, you know #OOTD was a must! For this trip, I chose to wear my H&M sundress, Havaianas slippers and shades. 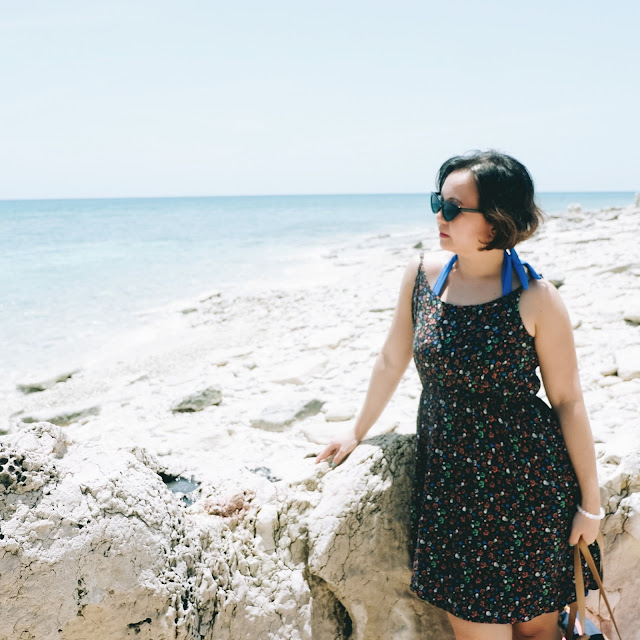 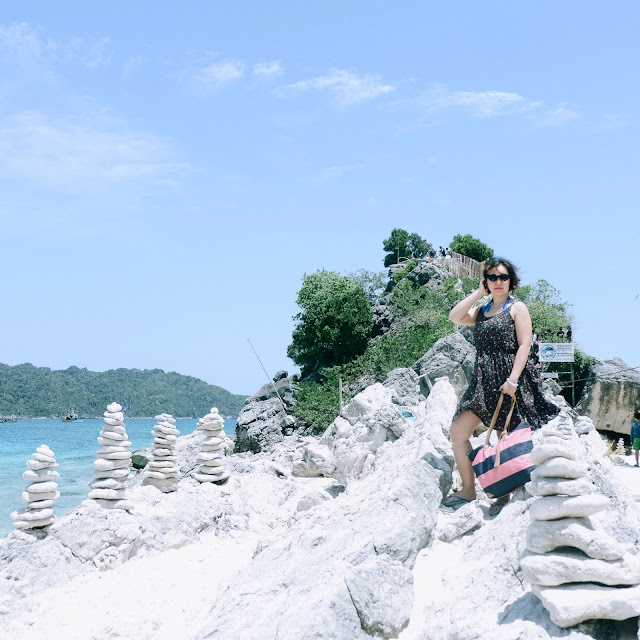 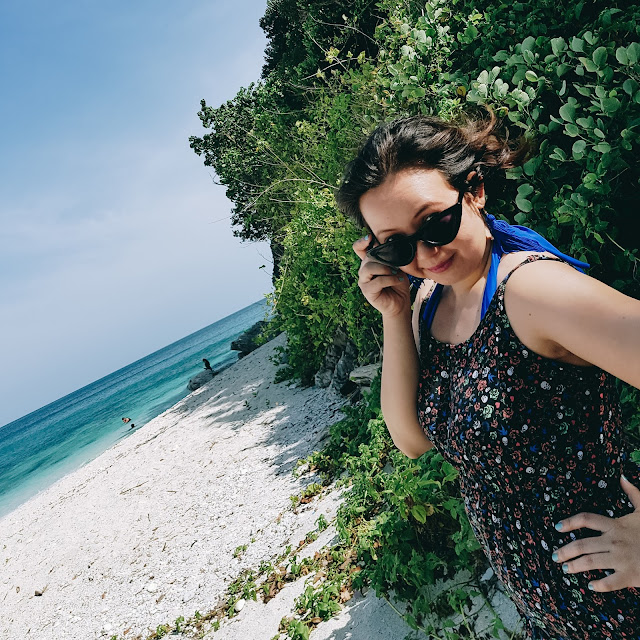 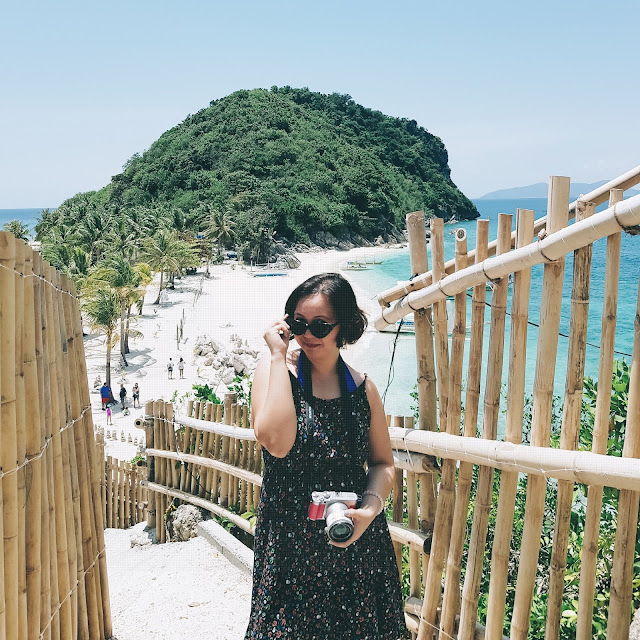 Underneath the dress is my blue swimsuit from Freeway which I also wore to our last beach trip. I honestly didn’t get to do much swimming in Islas de Gigantes but I definitely had a lot of photos! You can check out more of it on my Instagram. 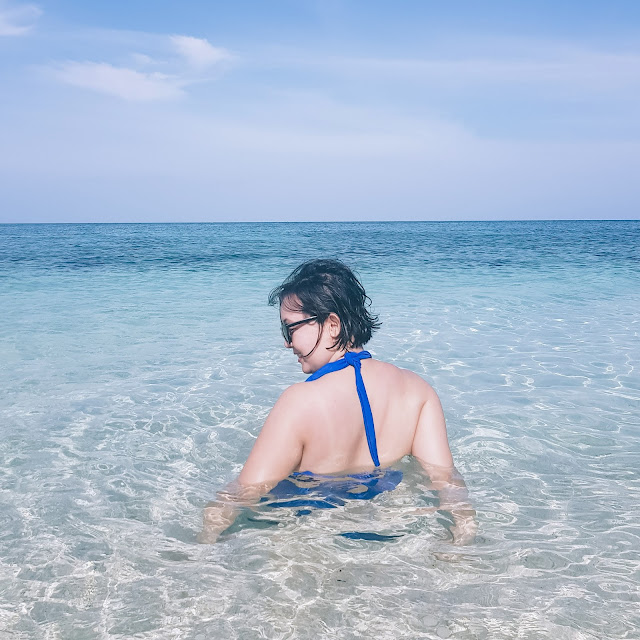 I still got a little burned from the sun though. Can you see my tan lines from the photo above?

To quote someone I really liked who hailed from Iloilo and to whom I showed photos of this trip to, umaura kami sa Iloilo (we made like Vogue and struck a pose! A whole lot of poses!). 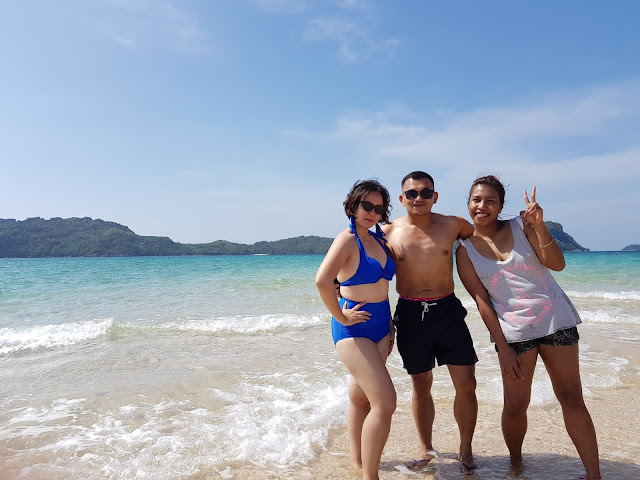 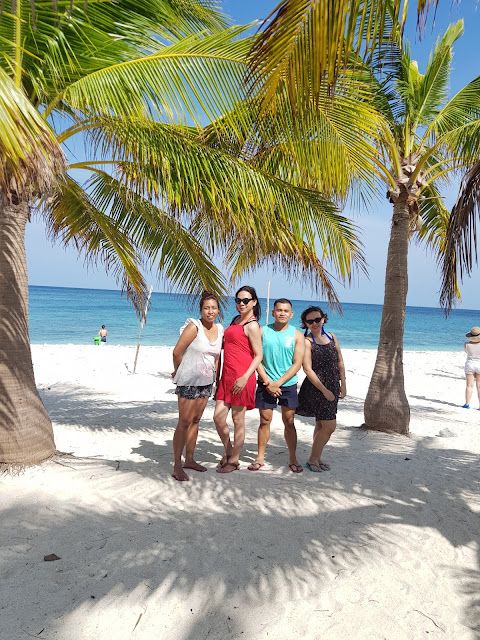 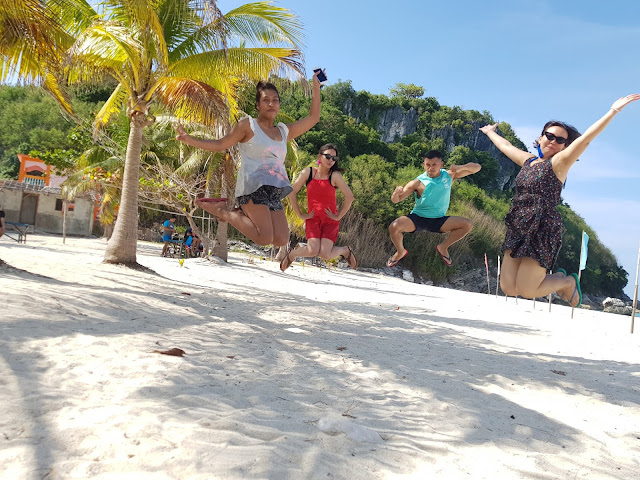 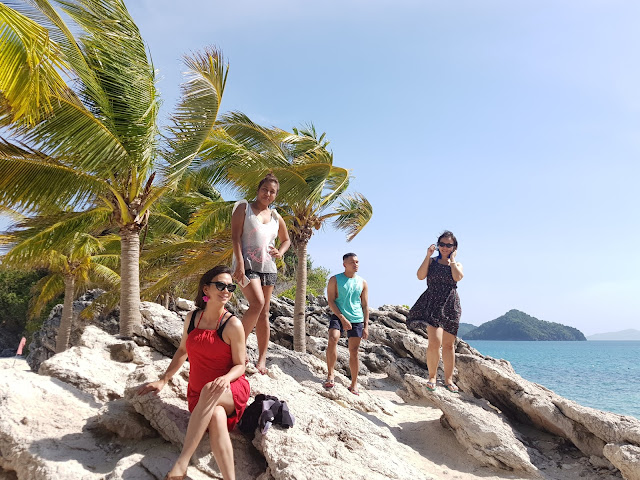 For the whole Islas de Gigantes tour, I think we spent about Php2,000-3,000 give or take which includes the van transpo that took us to the port and back to our hotel. Not bad huh?

Compared to the famous white sand beaches of Boracay which is also part of the Panay Group of Islands, Islas de Gigantes is relatively underdeveloped. You won’t see rows of restaurants, coffee shops or hotels in the area. Let’s hope it stays that way really. Would be a shame if we fail to preserve this beauty.

I enjoyed touring Islas de Gigantes. I really did. But my knuckles probably didn’t because when it was time to return, we were met with bigger waves that really made us wet thereby prompting me to keep on tightening my grip again, shutting my eyes close and praying we reach land soon enough! Ha! Ha!


Also, I didn’t like the joiner group tour that made us sit in a jampacked shuttle van for hours.You can’t really sleep properly that way. Plus the road to Isla de Gigantes was a bumpy ride. If you’re touring Gigantes, I think it’s best to rent a van all to yourselves. You’ll be more comfortable that way.

Anyway that wraps up my second day in Iloilo but you can also can read about my day exploring Iloilo city.

My First Out of Town Trip