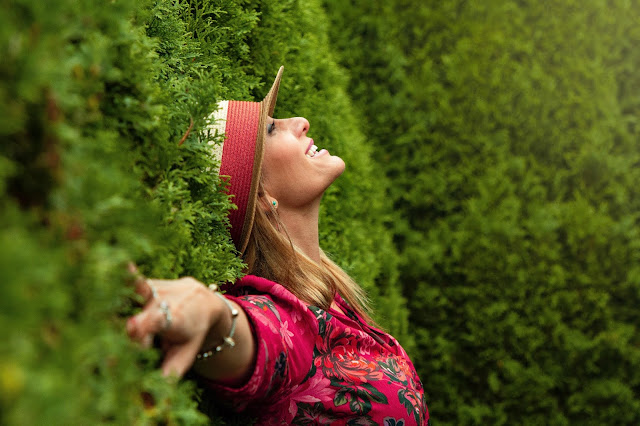 Photo by Andre Furtado from Pexels

Someone I know from the gym has been telling me I look positively glowing and has tried to grill me for info as to why. He suspects its a guy. He’s not far from wrong on that but it’s more than just that. It’s also a good skin care routine.😜 More about that on another post.

Okay so I’d like to think the glow is really because I’ve been happy in general about life. I feel good. Yes work is gosh darn stressful; I wish I had more money to spend on all the things I like and I wish I had all the time in the world to do all the things I want to do. But I’ve been choosing to look on the bright side of things so there…

Anyhow, here’s the list of the things that’s made me happy recently.


Bought shoes from Zalora and a cute top from H&M.

Food Choices in Glorietta 4 just recently re-opened and some new food places came along with the new look. I’ve ordered from Farina twice already and while it’s pretty expensive, the pasta is delish!

3. Having a new spa buddy

So it used to be that Anerine was my usual companion when it comes to going to the spa. But she’s currently in Australia now, busy with motherhood and so for awhile I’ve been going on my own. But I think I have a new spa buddy now and that’s Hazel. We’ve both been loving The Spa and I hope we get to continue going there from time to time. I love having her as a spa companion. There’s someone to talk to and laugh with while sipping that delicious ginger tea!

4.  Hang out with friends

The past couple of weeks the usual two (Ryan and I) have been joined by our other friends for a hang out: Jen, Hazel, Jordan and Alfred. There’s so many interesting conversations with them and laughter too.

July had been a flurry of media events for me – big and small. It consisted of late night works, checking and answering emails and Viber messages even when I was already out of the office and going real early to work. But now, they’re finally done and no, there are none lined up at the moment for me and I am loving it. There’s some room to breathe.

So Body Jam 89 was launched recently. I didn’t like it at first honestly mostly because I wasn’t too familiar with the music. It’s not mainstream. But I’ve been regularly attending Rej’s class and I’m finally warming up to this Jam edition. I suppose that’s mainly because it’s Rej and his class is always fun to attend. Loving the energy he brings to the class.

Now I have a strong dislike for the rain – I do. But it has been giving me moments with the guy I like. Most recently, it was an excuse to chat longer on Facebook (mundane chat but what the heck? It’s him!) and an even better excuse to ask him to stay a little longer – at least to eat before heading off to another destination (because he’s always dashing out to his next appointment or home).