The Songs I Listen to to Inspire Me to Be 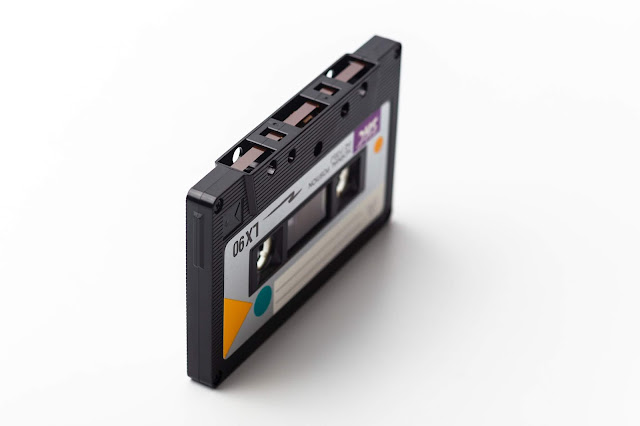 Photo by Stas Knop from Pexels

I call it my Inspire Me to Be playlist on Spotify.
1. I Believe by Yolanda Adams

I first heard this on Honey, you know that Jessica Alba movie that’s based on a true story of an aspiring dancer/choreographer of the same name? I love the upbeat tune of this song and of course the lyrics says it all – I believe I can. I believe I will. I believe I know my dreams are real.

Great song to listen to when self doubt hits and hits you hard.
2. You Gotta Be by Des’ree

It’s not always easy to work on making things happen in your life. When I hit a roadblock or I find myself getting discouraged, this is a song I listen to to cheer me on. When I listen to the lyrics, I feel like it says to me “You go girl!” and it doesn’t forget to remind me that life’s not a race when I hear the line “Try to solve the puzzles in your own sweet time.”

A little more dramatic than the first two but equally very inspiring. First heard this song from a leadership program I attended before called LEAP.  It might make you cry when you really put to heart what this song is saying.

Disregarding the singer’s now infamous reputation, this R. Kelly song’s also very inspiring to listen to. That title alone, right? When you listen to this song, it’s gonna tug at your heart strings while it also makes you feel empowered.
5. Fly by Hilary Duff
This is a very uplifting song that I first found out from someone I just follow on Twitter. He said this is his go-to-song when he needs to be inspired. Listened to it, loved it and now it’s part of my Inspire Me to Be playlist. A great song chouce to listen to when you find negativity surrounds you. It encourages you to embrace courage to show your true self to people without the fear of what they will say about you.
6. The Moment of Truth by Survivor
Also one of the oldest songs I keep listening to whenever I need to be inspired and not in an emo-kind of way. It’s a soundtrack of one of my favorite inspirational movies too, The Karate Kid. The one with Ralph Macchio not the remake with Jaden Smith. Anyway that’s a story for another time. What I love about this song is that it is so powerful and strong both its beats and lyrics.
It’s the moment of truth. You’re giving it all. Standing alone, willing to fall. If you can do it, get up and prove it. Get up and show them who you are.
It’s my go-to song when I was out going for job interviews. Now it’s still one of my all time favorite inspire-me-to-be songs. When I listen to it, I feel this surge of determination in me to push through whatever it is I need to get done or whenever I’m looking for that second wind to keep reaching for my goal.
7. Express Yourself by Madonna
Who best speak of girl power than the queen of pop herself? In this song Madonna preaches about not settling for some guy who may not be that into you. But the message about not settling for second best is also applicable to other aspects of life isn’t it?

8. Vogue by Madonna
Yup another Madonna song because well what can I say? I’m a such a fan! I already loved this song growing up but even more when it became a soundtrack of The Devil Wears Prada. This song is not simply about embracing style. It’s about embracing confidence. It’s a fun song I listen to in the morning when I’m trying to pick out the perfect outfit to wear to banish the “I-don’t-want-to-go-to-work-or-school-today” mindset.
9. Roar by Katy Perry
This song has a similar message with Express Yourself. It’s a song about not being afraid to speak your mind and standing up for yourself. I love listening to this song whenever I need to go to a work meeting! One needs to speak up when in a meeting after all. Ha! Ha!
10. Hate on Me by Glee Cast
Well it’s actually originally by Jill Scott but it’s Vocal Adrenaline’s version that I came to love. I just really like the message: You can hate on me all you want but I don’t care. I’m going to be me and do what I want whether that’s something that you find pleasing or not.

11. Wings by Little Mix
Oh yes this. Also a powerful anthem about not listening to negativity and just powering through the days as you reach for your dreams. It’s so awesome listening to its upbeat tune. I imagine myself strutting down the street as I tell ’em haters that they don’t bother me.
12. The Champion by Carrie Underwood
This is one of the newest songs in my Inspire-Me-to-Be playlist. I first heard this while a friend from work and I were having lunch at Kenny Rogers in Glorietta. I instantly pulled out my phone and got on Shazam to find out the title and the singer. Well what more can I say about it? I mean the title says it all. It’s another great song by Carrie Underwood.
13. Best Days by Juice
The last song on my playlist. It’s not as dramatic as that of I Believe I Can Fly or Reach or as powerful as The Moment of Truth. This one’s very mellow. And unlike the other songs in my playlist that sings about going for your dreams, embracing your true self or ignoring the haters, this song is really about appreciating what you have in life – the good and the bad. And yes, I really do believe you have to be appreciative and grateful of both experiences life brings. I find it brings a certain inner peace. So that’s why it’s in my Inspire-Me-to-Be playlist.
Do you also have your own inspirational playlist? Would love to know what songs you listen to when you’re looking to be inspired. Maybe I can add them to my own.