So I finally finished Jodi Picoult’s Sing You Home novel. It’s my first one from this author. Someone from my Facebook group, Monthly Book Club, said Jodi Picoult is a great read after I shared that this was my current read. And now, I can finally judge the book myself. 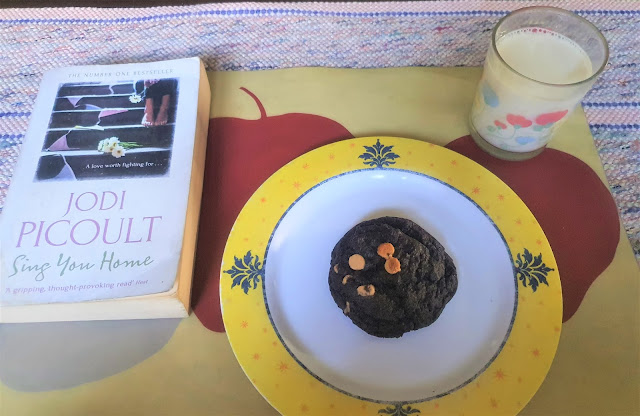 My idea of a good weekend: cozying up to a good book with milk and cookies
The Plot
Zoe Baxter has lost everything. Struggling to rebuild her life, the last thing she expects is to fall in love. It changes her world. Until she discovers there are those who will do anything to stop her from living her life the way that she believes.
This is not a romance novel. I’m not sure how to call the story exactly but if it was a movie, I would categorize it under drama.
Zoe is one of the main characters in the stories. She’s a woman already in her forties who has long wanted a baby but she had fertility problems. She was married to Max and she wanted to start a family with him. But they were not that lucky as a couple to be blessed with a child. She had suffered multiple miscarriages and then just when she thought she was about to fulfill her desire to have a family, she delivered a still born. I can’t imagine how much that hurts though I’ve read about a woman’s struggles and suffering from wanting to conceive but met with challenges. In fact, Balot from a book club I once was a part of, had made it her advocacy to tell women about APAS. But her inferlity issues was actually only the start of the struggles she had to go through. Zoe goes through a divorce and even gets cancer which results to having her uterus removed so she could no longer have a baby.
And then she finds love again but even then she wouldn’t have it as easy because she had to face judgments because she found it with someone unexpected, She fell in love with Vanessa. So yeah, the book not only tackled about infertility struggles but also homosexuality and religion.
I think that’s what made the story really interesting. It’s the central focus of the story. The key questions posed by the story: is homosexuality wrong? And should same sex couple not be allowed to have a family of their own?
Jodi Picoult tells the story of how this lesbian couple, Zoe and Vanessa, had to face judgment from a religious group, the Church of Eternal Glory, when they made it their intent to raise a child. Pastor Clive, the leader of the church, preaches about homosexuality being a sin according to the Bible. I was brought up to be a faithful person and I’m lucky that I was not taught that homosexuality is wrong or that it is a sin. My faith preaches about love. That God says we have to love Him and we have to love our neighbors. It’s not love only those who are nice to you. Or love only those who are straight people. Because it’s not love when there are conditions.
Honestly, who are we to say what God really thinks of homosexuality? We only interpret what’s written in the Bible according to how we understand it. But we’re not God.
And I personally have gay friends and I would only be happy for them if they got married and/or they wanted to start a family of their own. In the book, the prosecuting lawyer, Wade and Pastor Clive argues that a family is defined by a father and a mother and that anything other than that would result to a child growing up the wrong way. But I think that a family can be anyone who loves you unconditionally and who supports you and even when a child grows up with a heterosexual family, it’s not always the case that this kid would grow up in a healthy loving environment. Just look at the news.
With regards to the characters in the story, here’s what I think of some of them:
Wade: I think he’s a despicable man. So full of himself and only cared about the attention and winning.
Pastor Clive: Self righteous!
Zoe’s mom: Adorable.
Zoe: She was a strong woman. Deserving of finding a good kind of love. I’m glad she found a best friend and a partner in Vanessa.
Max: I initially thought he was a weak man and yes, a loser. I really did. But it helped me understand him better when I read about the story in his point of view. I’m glad he found God and his faith after hitting rock bottom. I was honestly starting to dislike him more when he kept turning to Pastor Clive on what to do to a point that I thought he was such a pushover. But he redeemed himself in the end.
Liddy: She’s a woman of faith. Very religious. But while Liddy believed in God, she wasn’t blindly following whatever the teachings of her church was. You know how they say don’t judge a book by its cover? Well in Liddy’s case, Zoe and even Max, initially, judged her for her faith. They thought at first what a naive and mindless woman. But then Max got to know her a little better. I like how she was the good influence in Max’s life. 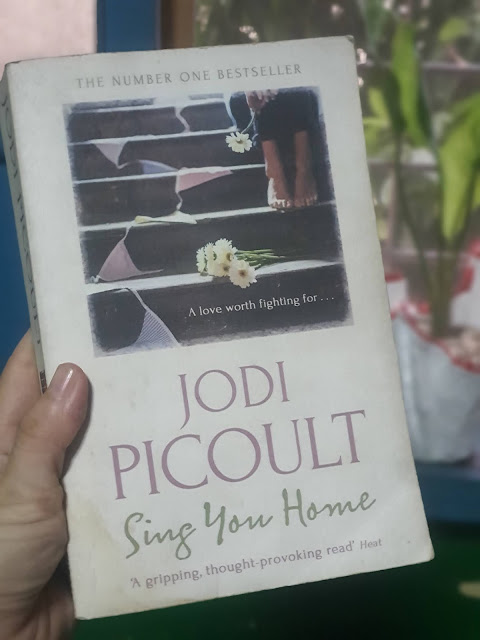 Some memorable lines from the book:
Every life has a soundtrack. There is a tune that makes me think of the summer I spent rubbing baby oil on my stomach in pursuit of the perfect tan.There’s another that reminds me of tagging along with my father on Sunday mornings to pick up the New York Times. There’s the song that reminds me of using fake ID to get into a nightclub; and the one that brings back my cousin Isobel’s sweet sixteen, where I played Seven Minutes in Heaven with a boy whose breath smelled like tomato soup.
– I believe that yes, every life has a soundtrack. There’s the song I remember from when I knew my first relationship was about to end which played in the radio while I was sitting in the back of a cab, holding back my tears. There’s the song that played in the restaurant when I finally told my best friend about the guy I like.
I have come to believe that God has a reason for everything. It makes sense when the bad guys get their due, ten, but it’s harder to understand why a savior who loves us would make awful things happen to good people.
– It’s true. It’s easy to believe in God and trust Him when it’s all good. But when the bad stuff happens to us or the people we love, it’s when we start questioning Him. Sometimes even doubt about His presence. And while not easy as easy to do, my mother always tells me it’s when you gotta hold on to your faith all the more so you can see what it is God has in store for you.
Prayer is like water – something you can’t imagine has the strength or power to do any good, and yet give it time and it can change the lay of the land.
– I would admit that sometimes when I’m in a bad situation, the thought crosses my mind: What good could a prayer do? whenever my mother tells me to just keep on praying. But as I have also found to be true, time and time again, it is a powerful thing to pray. To send up your worries, fears, your hopes and wishes to God. He answers all prayers. Maybe not with the answer we want but He answers them in a way that He knows would be good for us in the eventual future.
Jodi Picoult’s Sing You Home is indeed a gripping, thought-provoking read. The woman from the book club was right – this was a good read and because I enjoyed reading this story, I think I would want to read more novels from this author.
And with that, I add this to my list of read books for the year which brings me one step closer to my reading goal of 12 for the year. Sing You Home is the 7th book in my 2020 Good Reads Reading Challenge.

Book Review: Beth Harbison’s If I Could Turn Back Time

What Happens After Eden?