by Liz
No Comments
0 Like
Day 2 of our Ilocos Tour with St. Michael Explorer Travel and Tour started on a more relaxed pace than our first day which I liked of course because we’ve been able to sleep in a comfy bed the night before, eaten breakfast and showered just before leaving for the tour.

Cape Bojeador Lighthouse was built during the Spanish colonial period in the Philippines. It was first lit on March 30, 1892 and set high on Vigia de Nagpartian Hill overlooking the scenic Cape Bojeador. The lighthouse served as a guide to early galleons that sailed by and even up to this date, it still functions as a welcoming beacon to the international ships that enter the Philippine Archipelago from the north and guide them safely away from the rocky coast of the town. 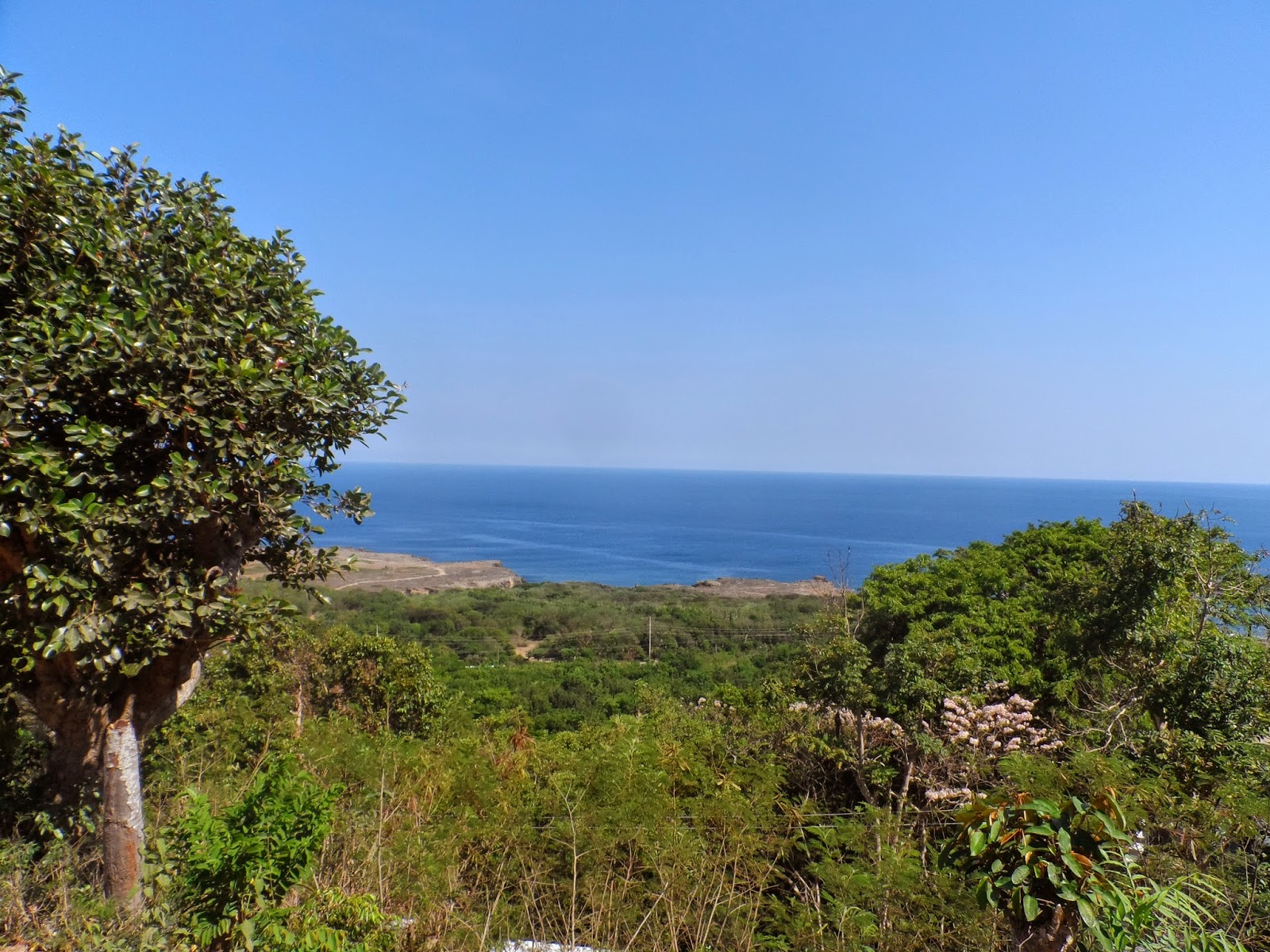 We also went to check out the Kapurpurawan Rock Formation. I’m actually amazed at the sight of these rocks. 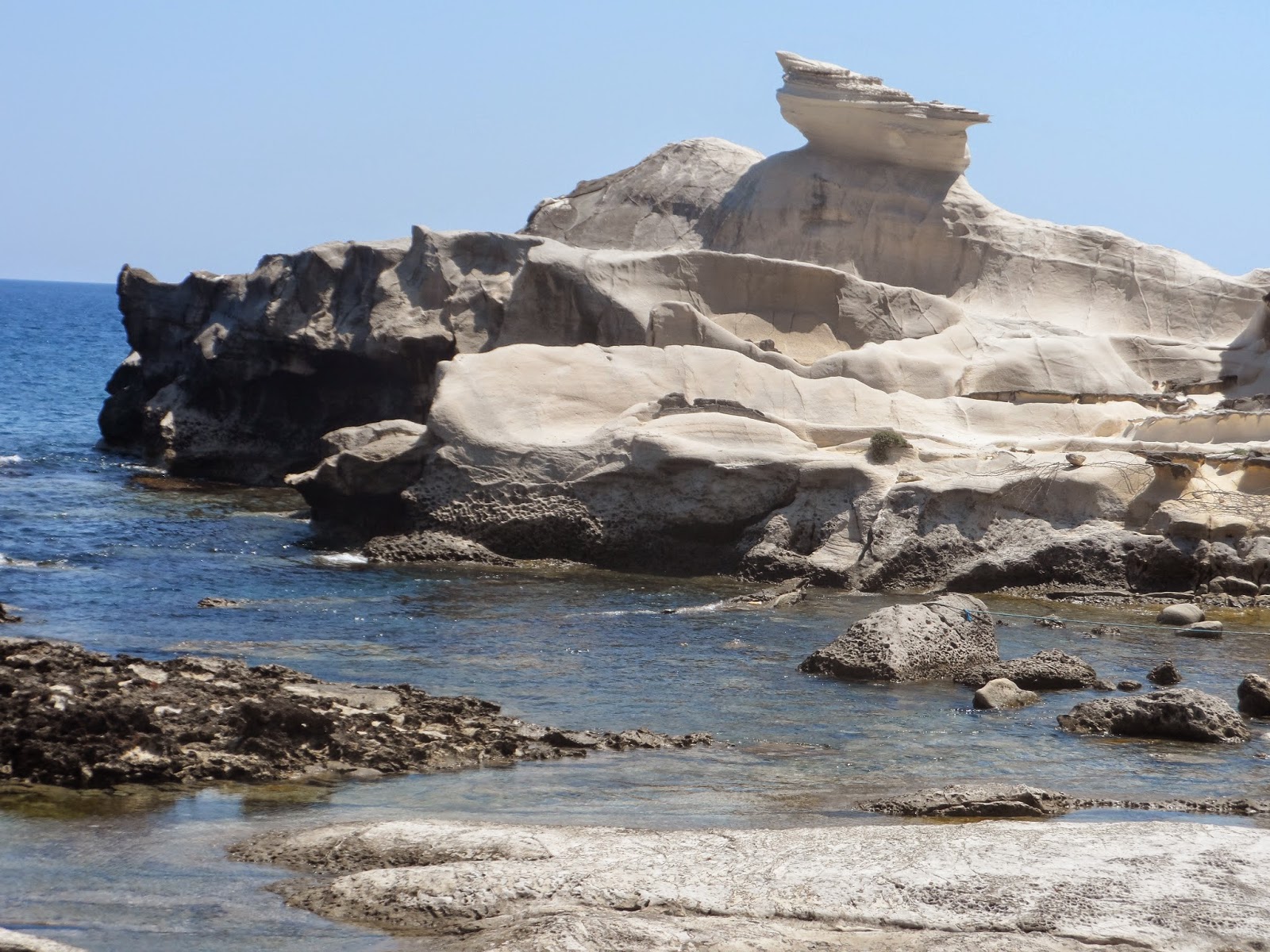 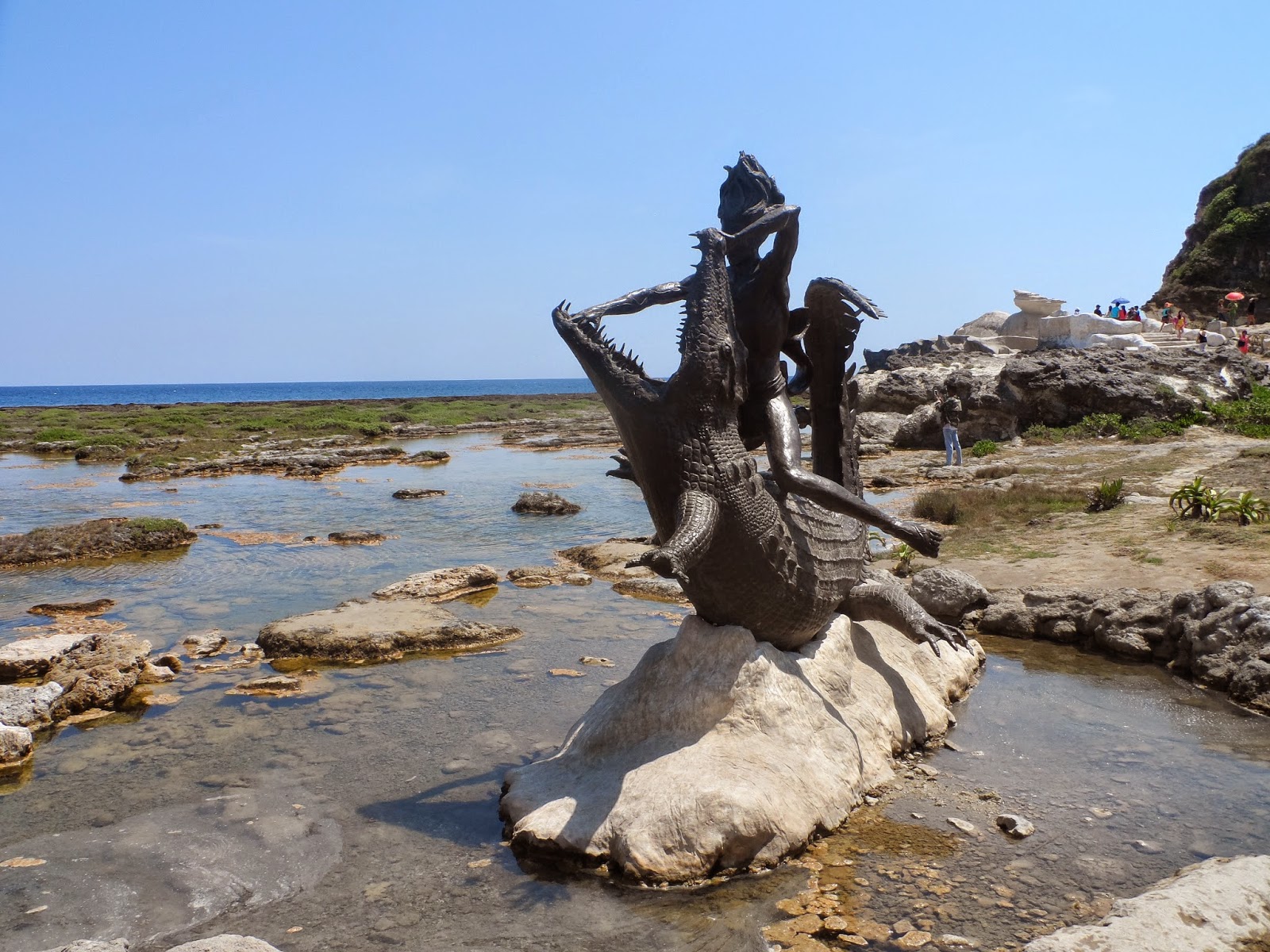 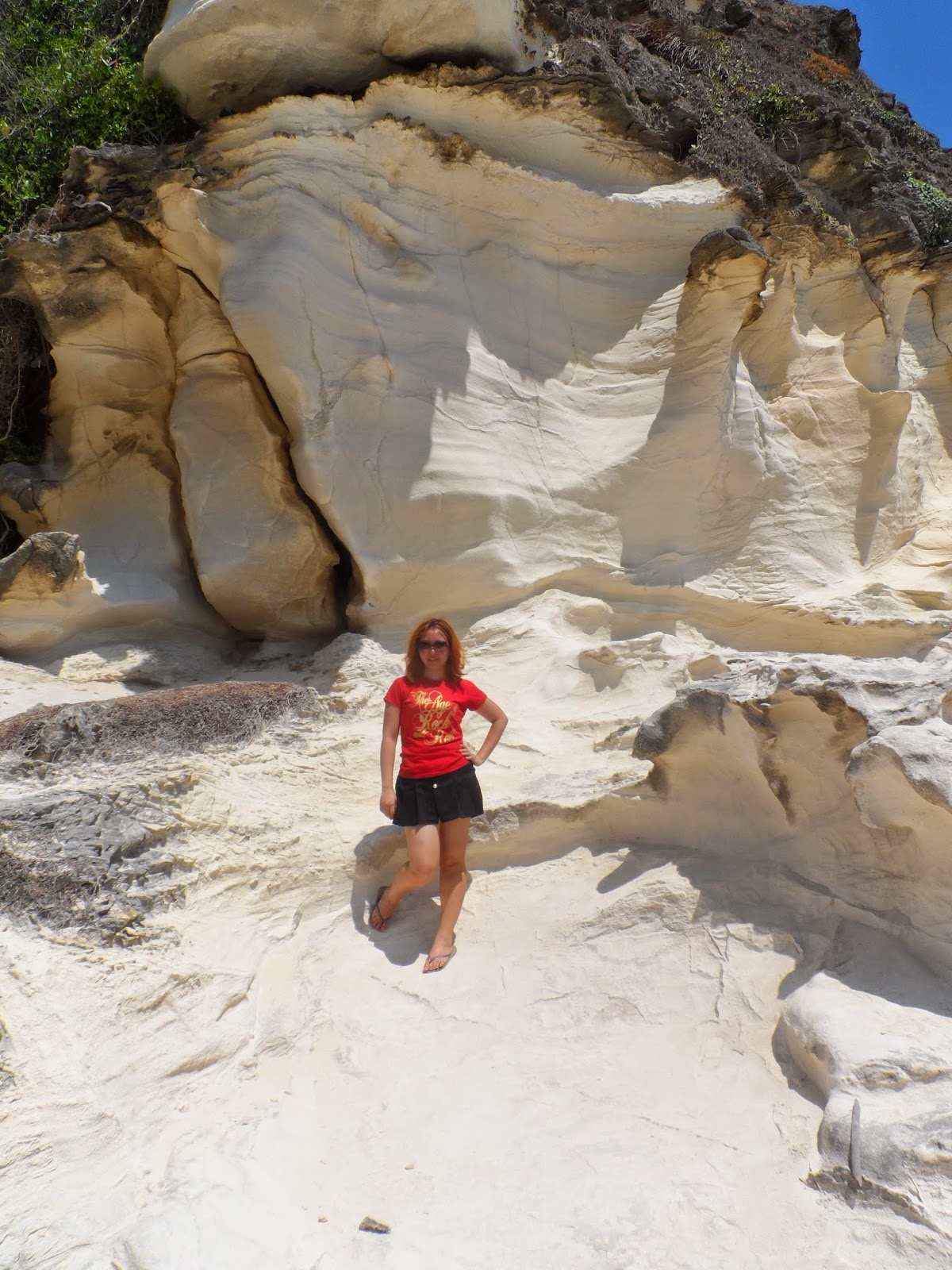 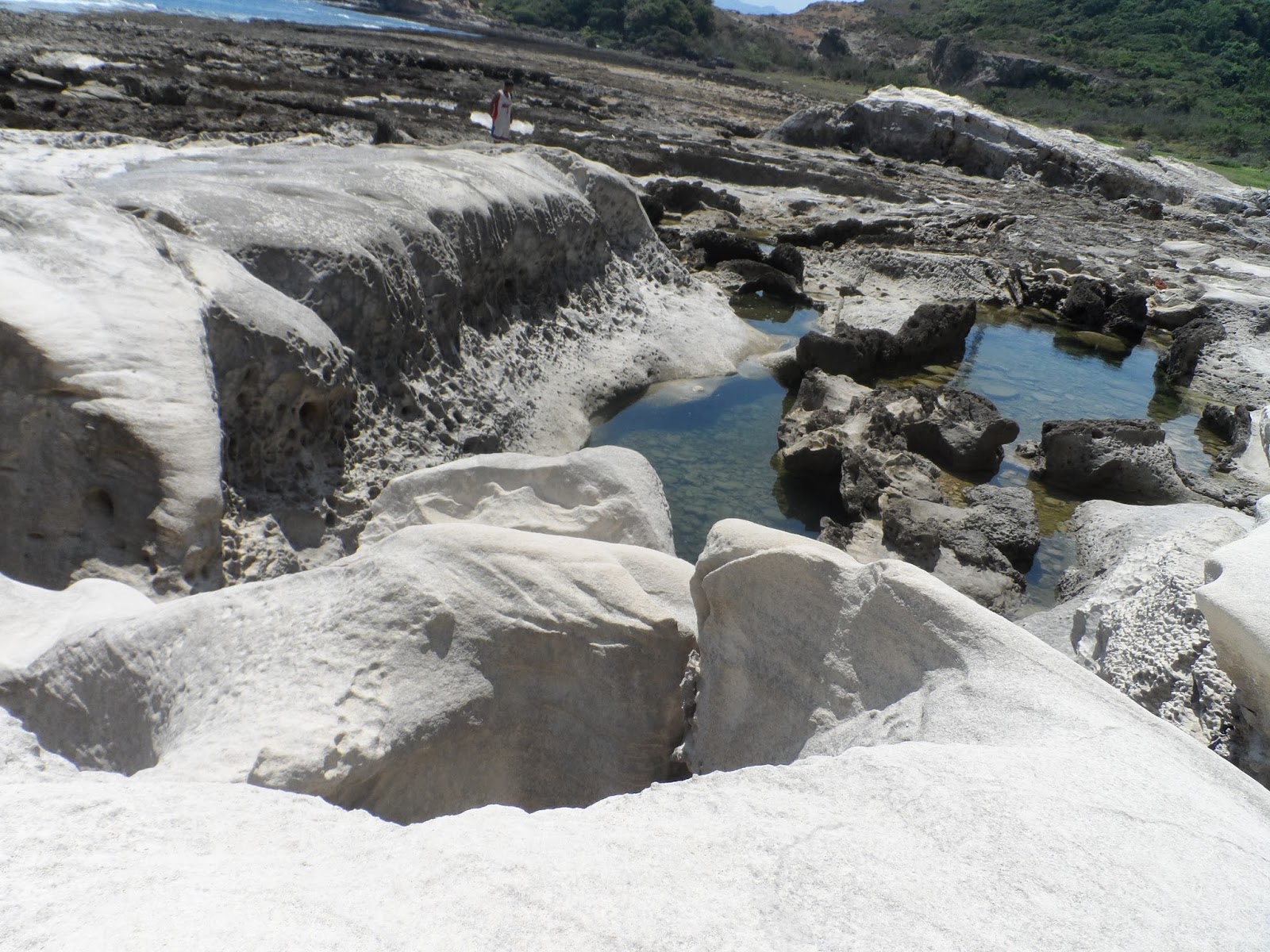 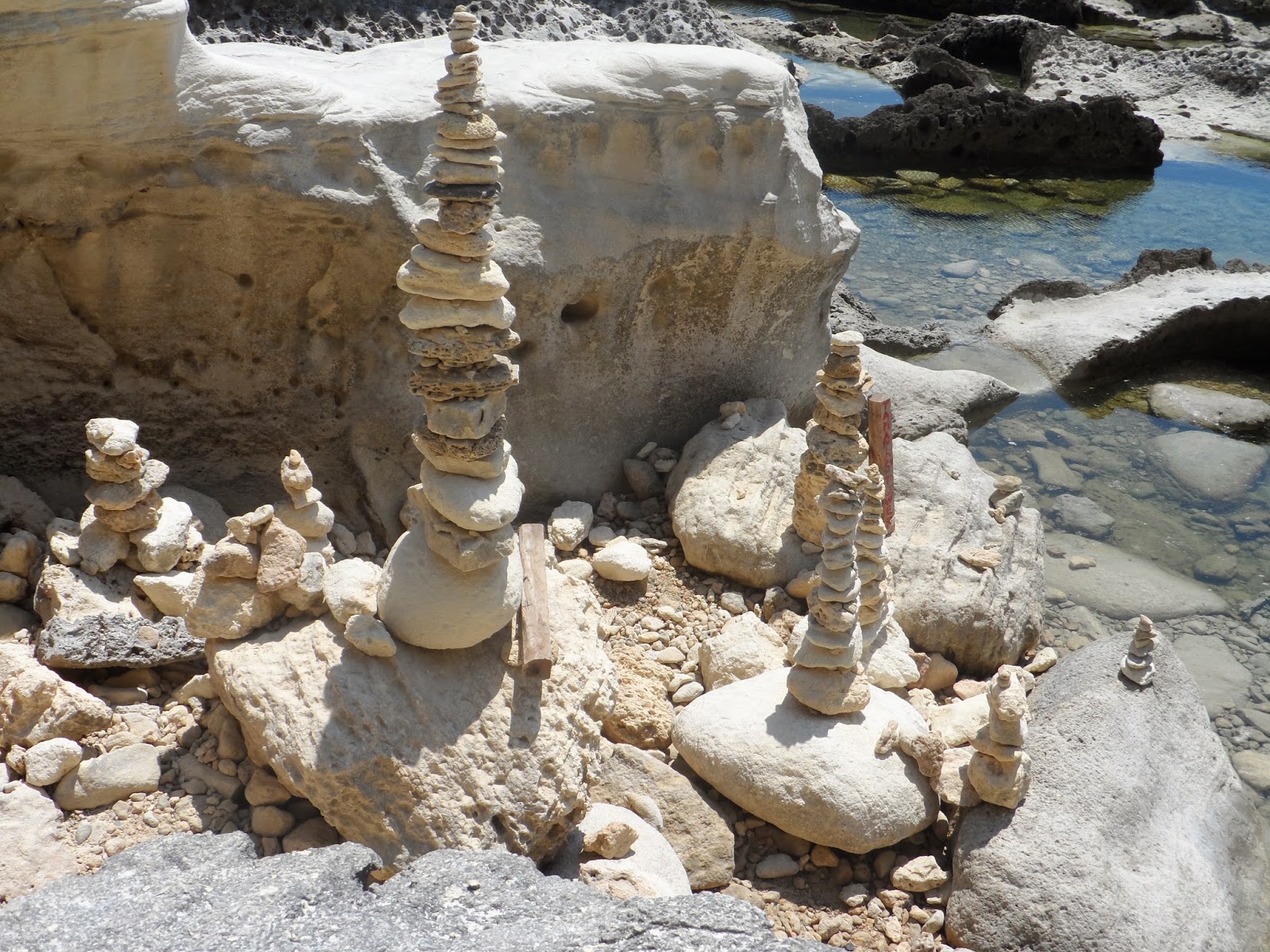 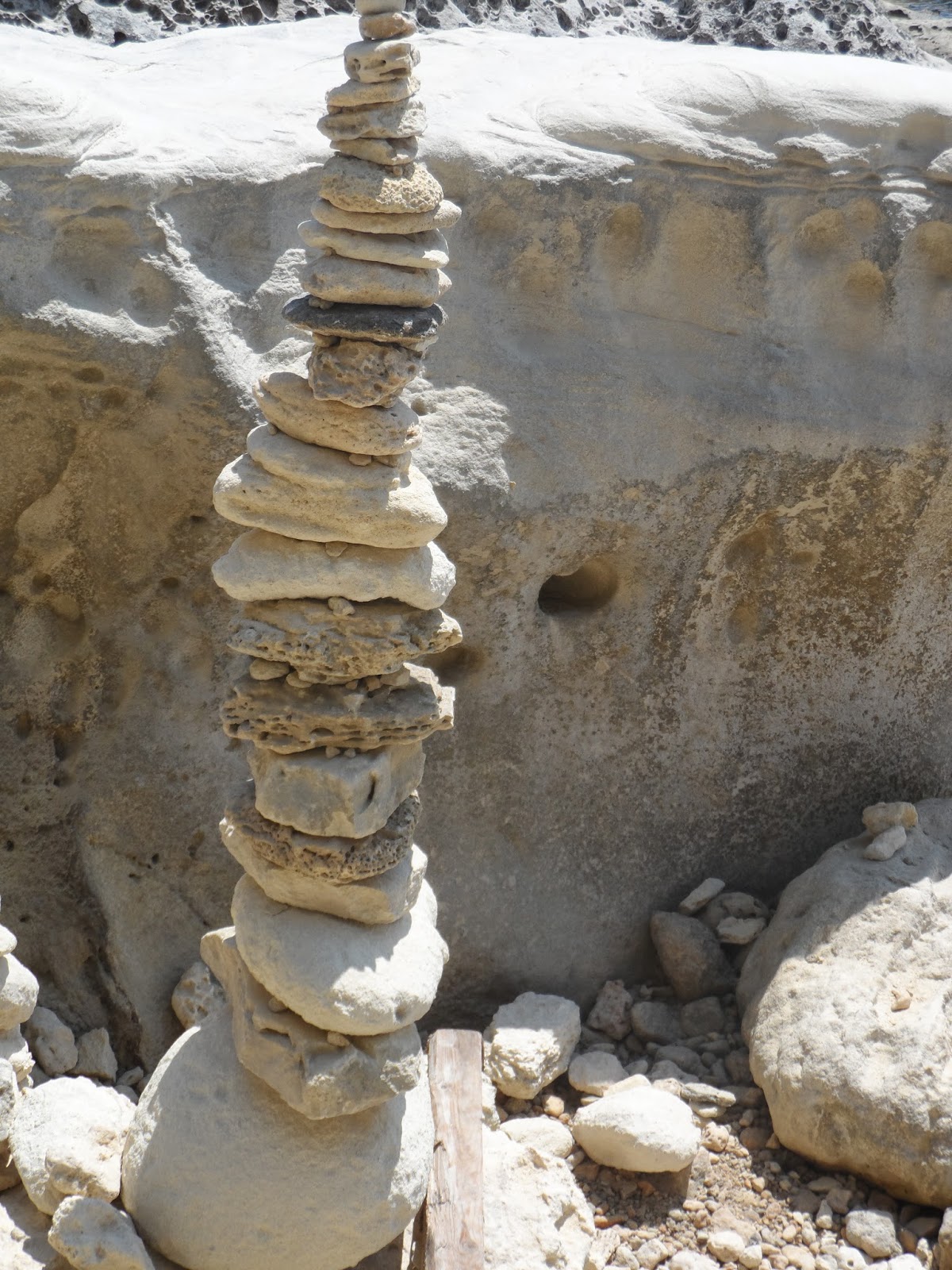 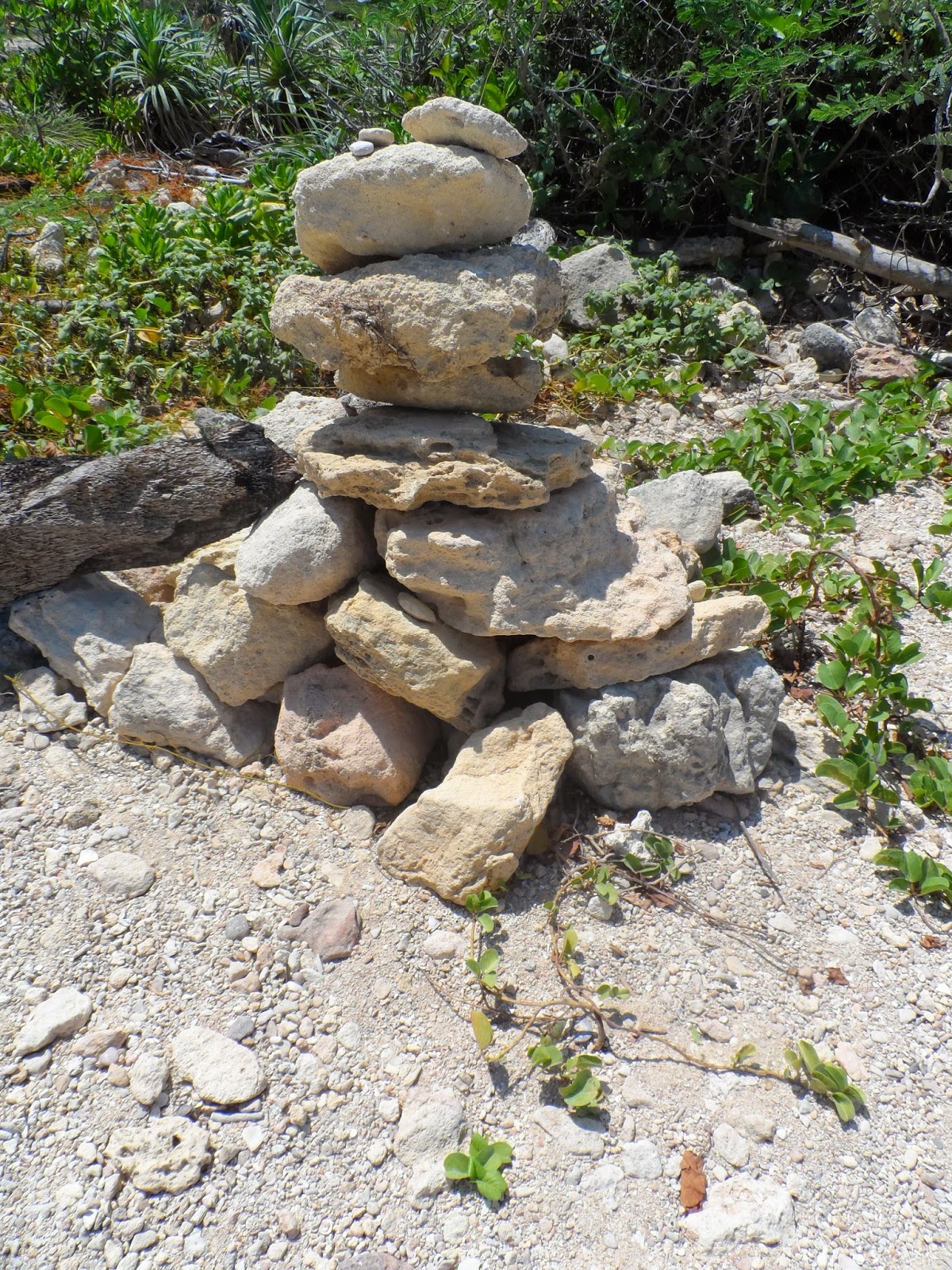 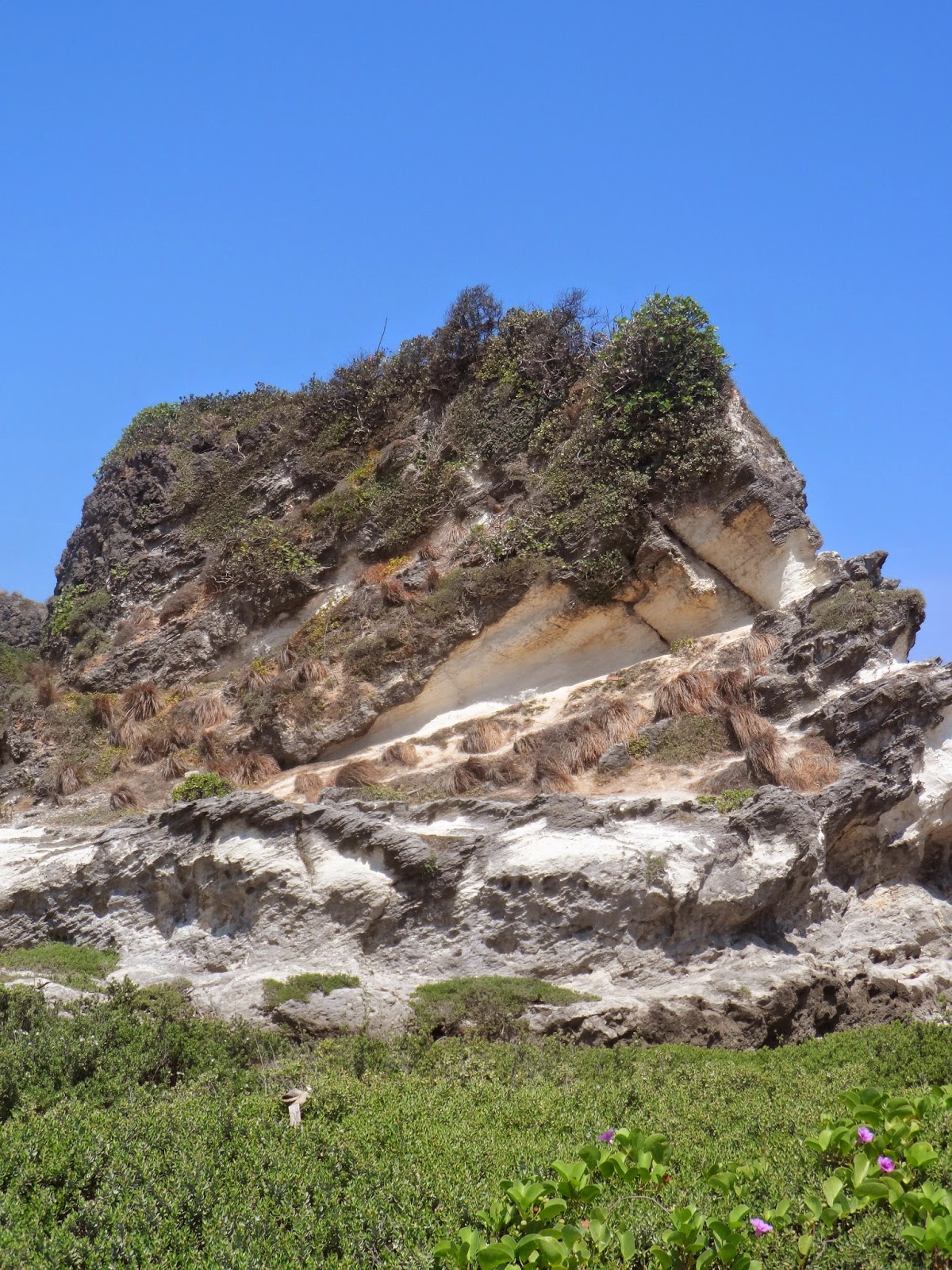 The Bangui Wind Mills can actually be seen from Kapurpurawan already but it’s a little farther from there. This is the only tourist attraction I knew of in Ilocos Norte aside from Marcos Mausoleum because this is Ryan’s favorite attraction there. 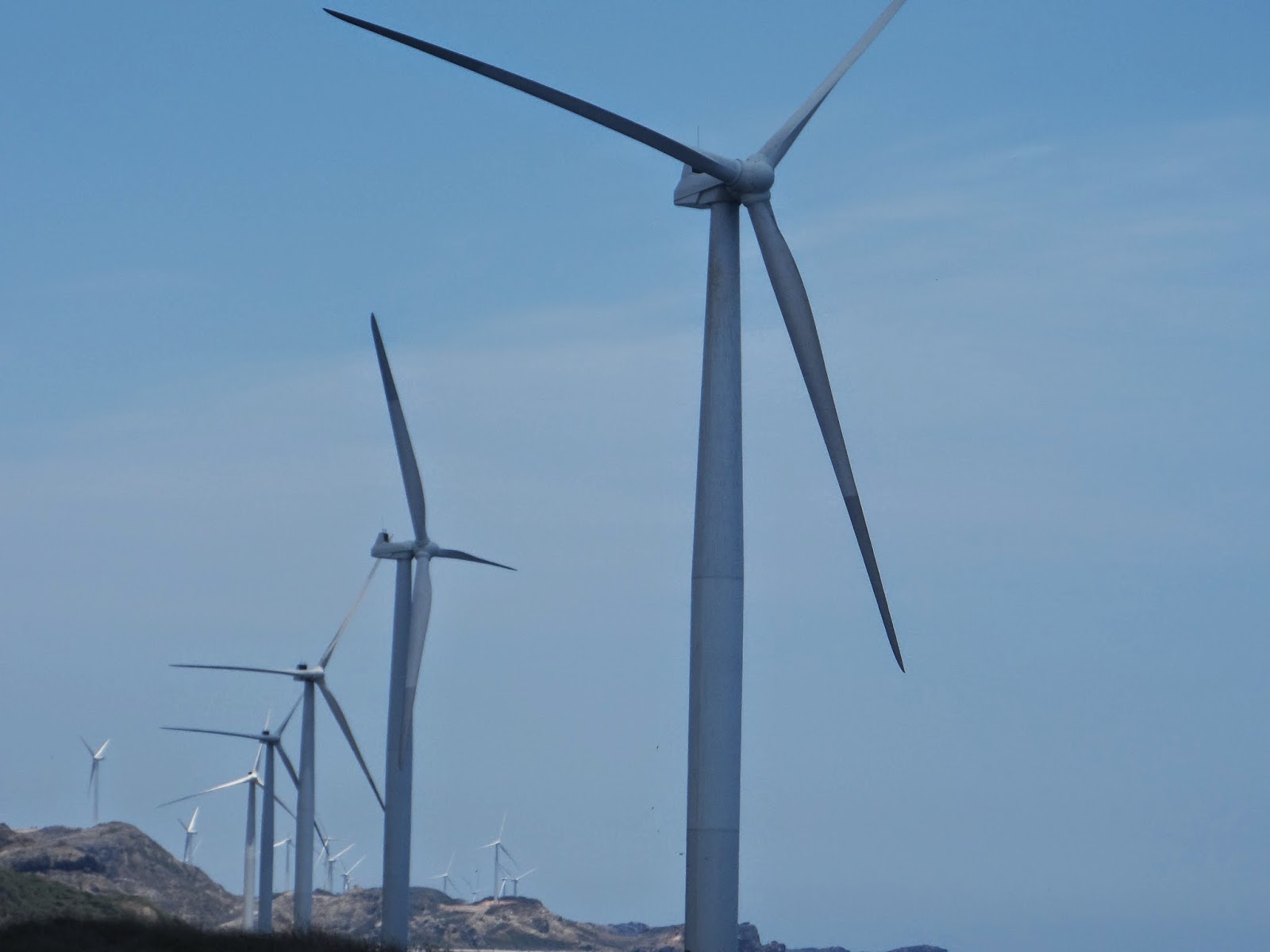 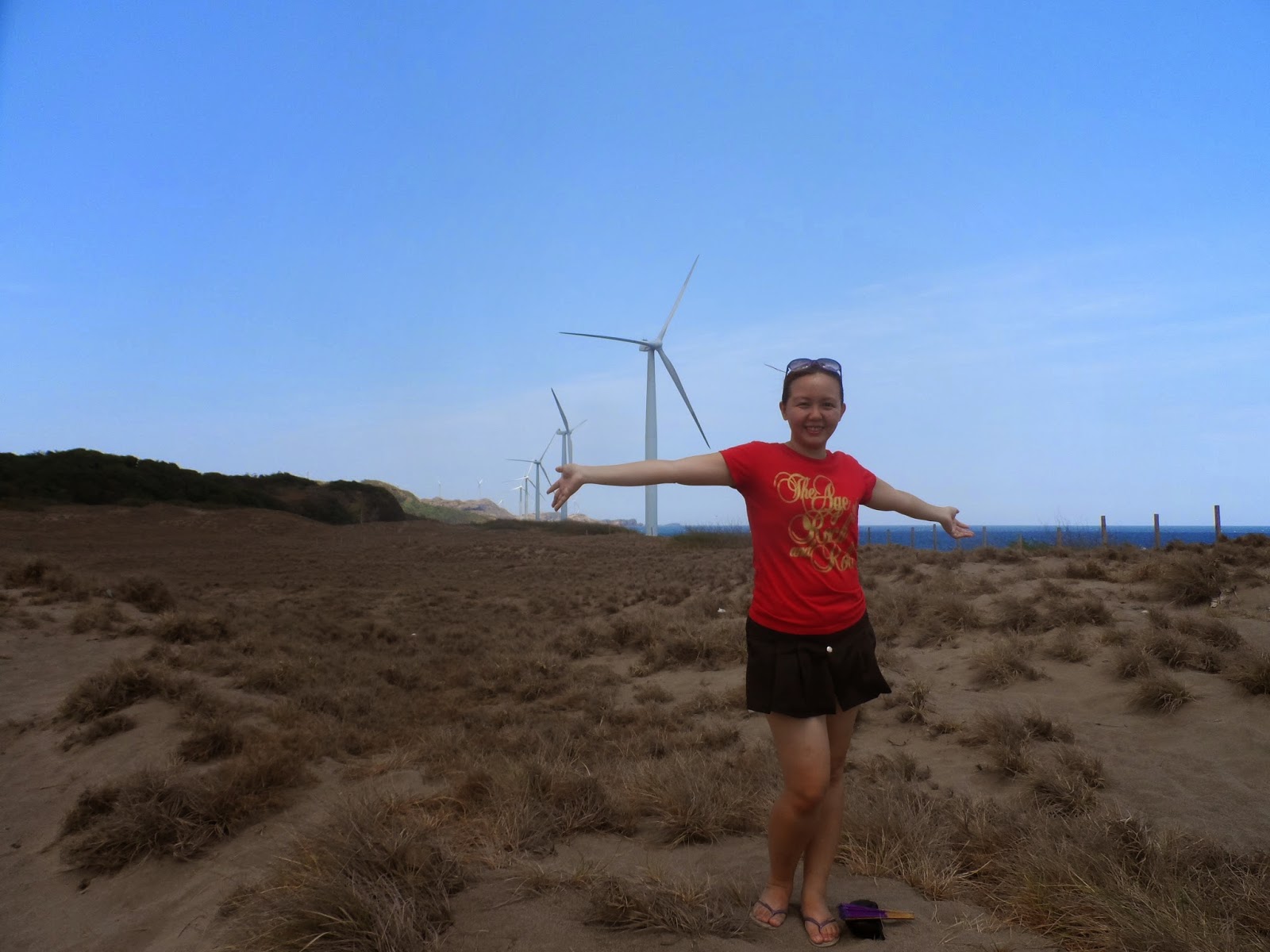 According to Philippine Travel Destinations, the 20 Bangui Windmills are considered to be the biggest wind turbines in Southeast Asia. Each wind turbine has the capacity to generate electricity up to a maximum of 1.65 megawatts for a total of 24.75 megawatts. The wind farm is part of the Ilocos Norte wind power project. 40% of the generated electricity is sold and used by the residents in the area.
Our St. Michael the Explorer Tour also took us at Patapat Bridge where you can see another amazing view. According to The Traveler, this winding bridge is often referred to as the “French Riviera of the North”.
I’ve never been to the French Riviera but here are a couple of breathtaking shots courtesy of Google. 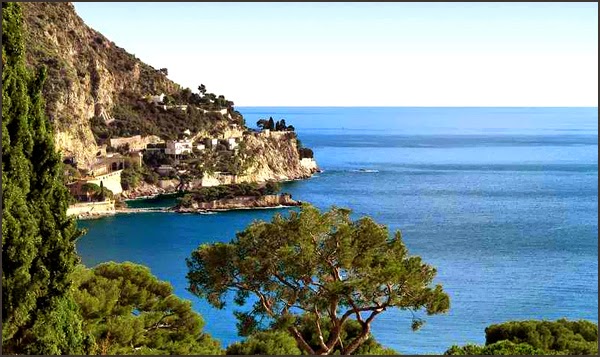 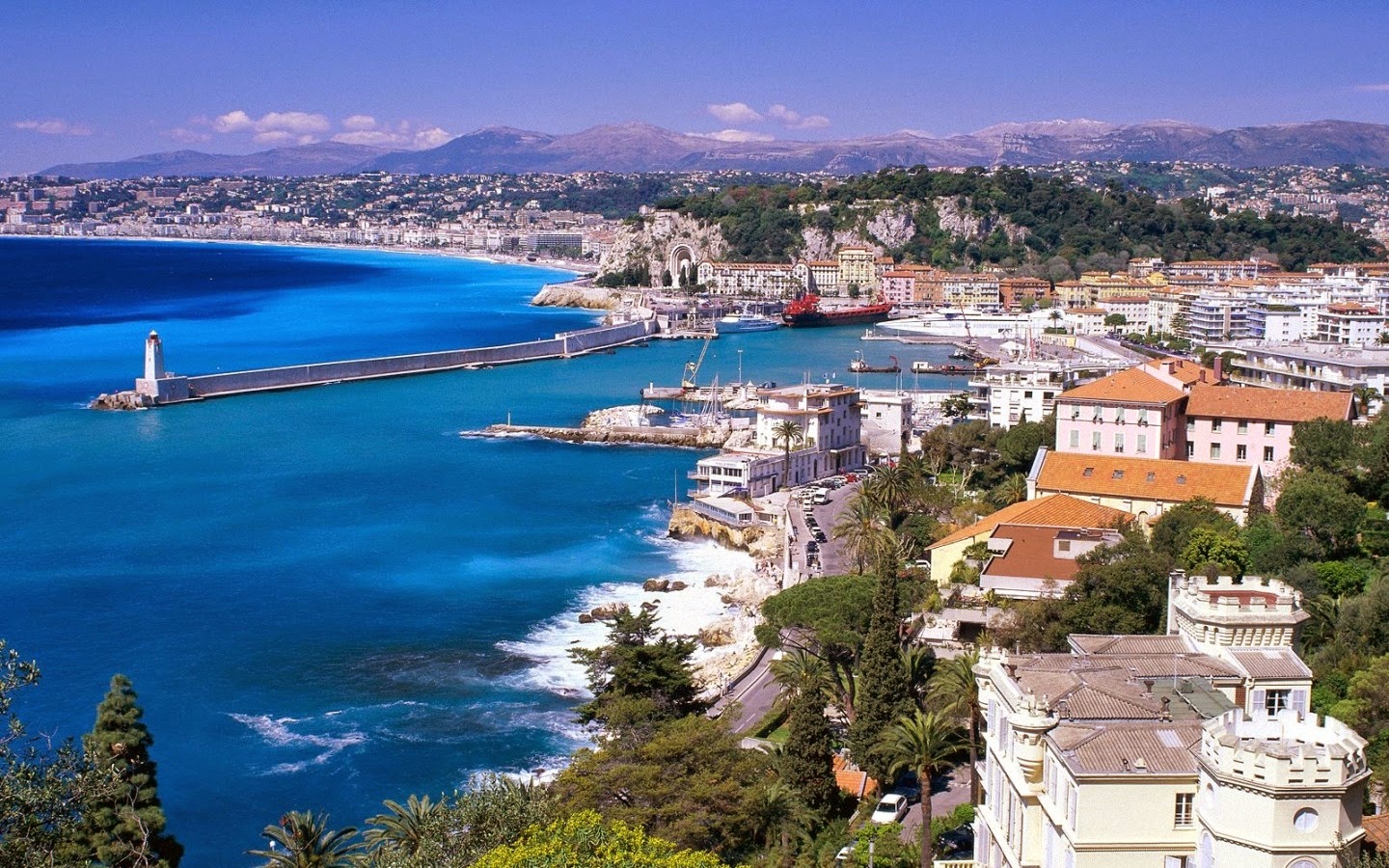 And here are photos I took at the Patapat Bridge… 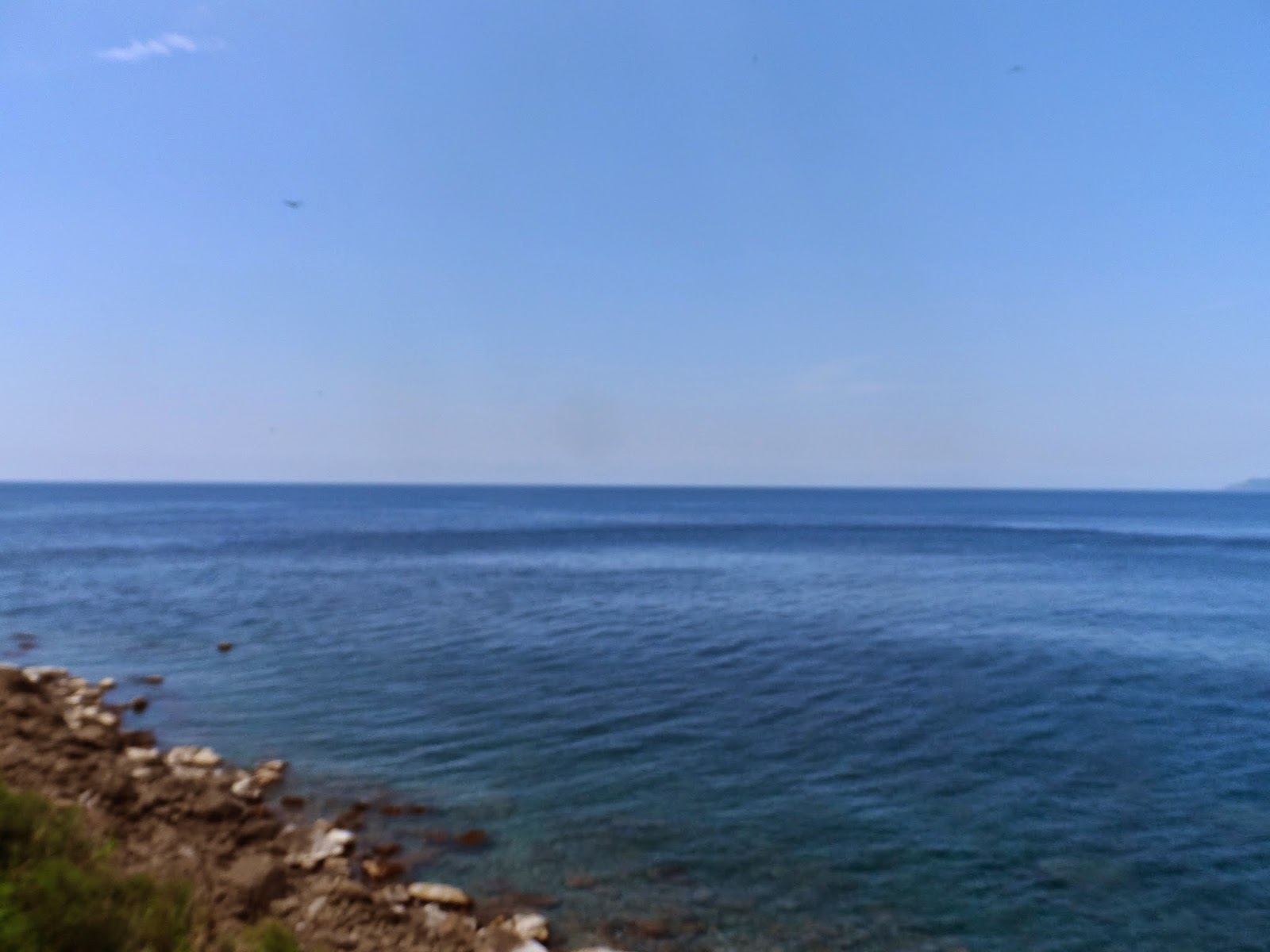 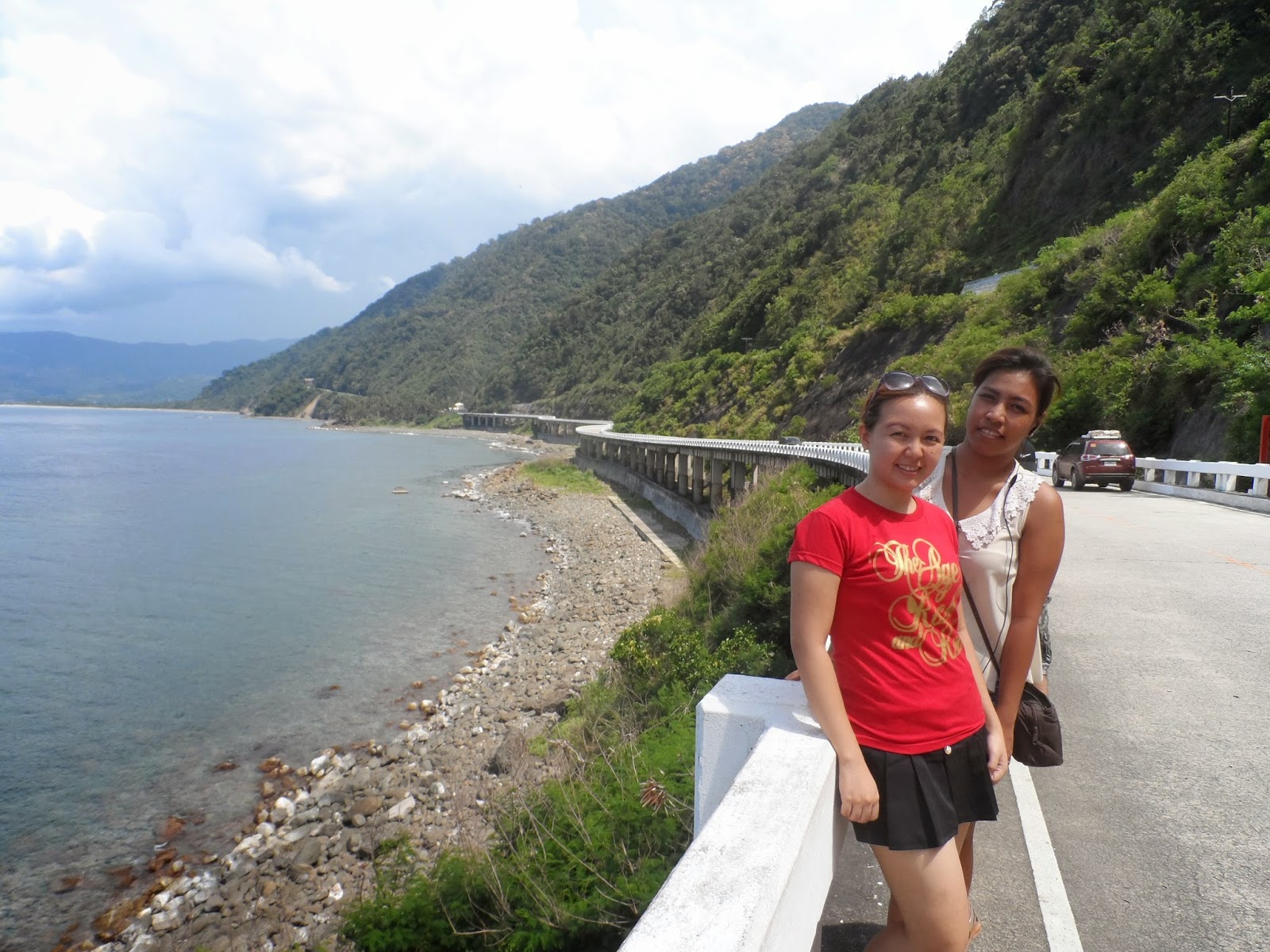 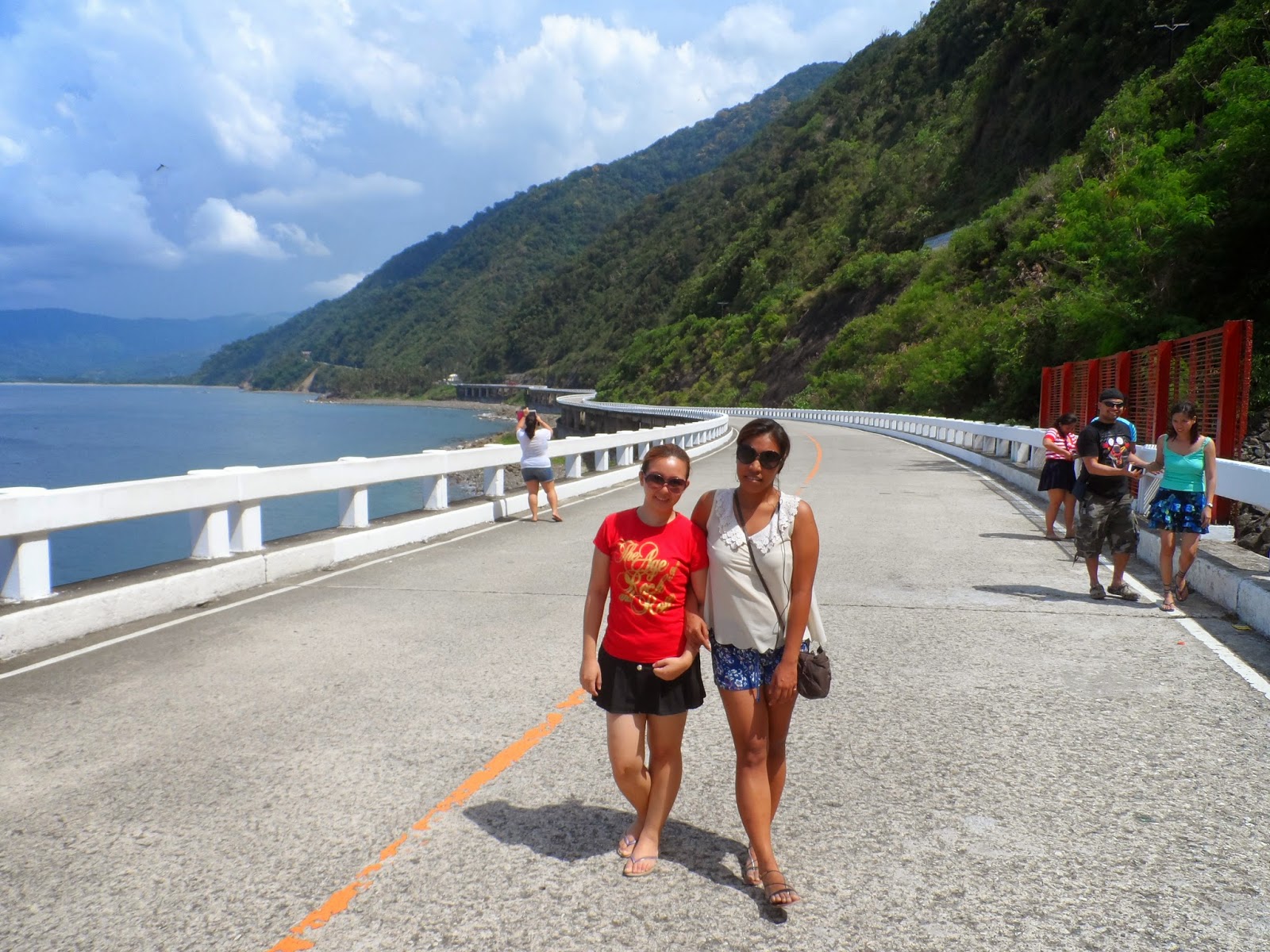 Same sparkling sapphire blue water plus a forested mountain view and a clear blue sky makes for a great photo! Definitely not to be missed when you visit Ilocos Norte.
The last stop of the second day of tour was Kabigan Falls… 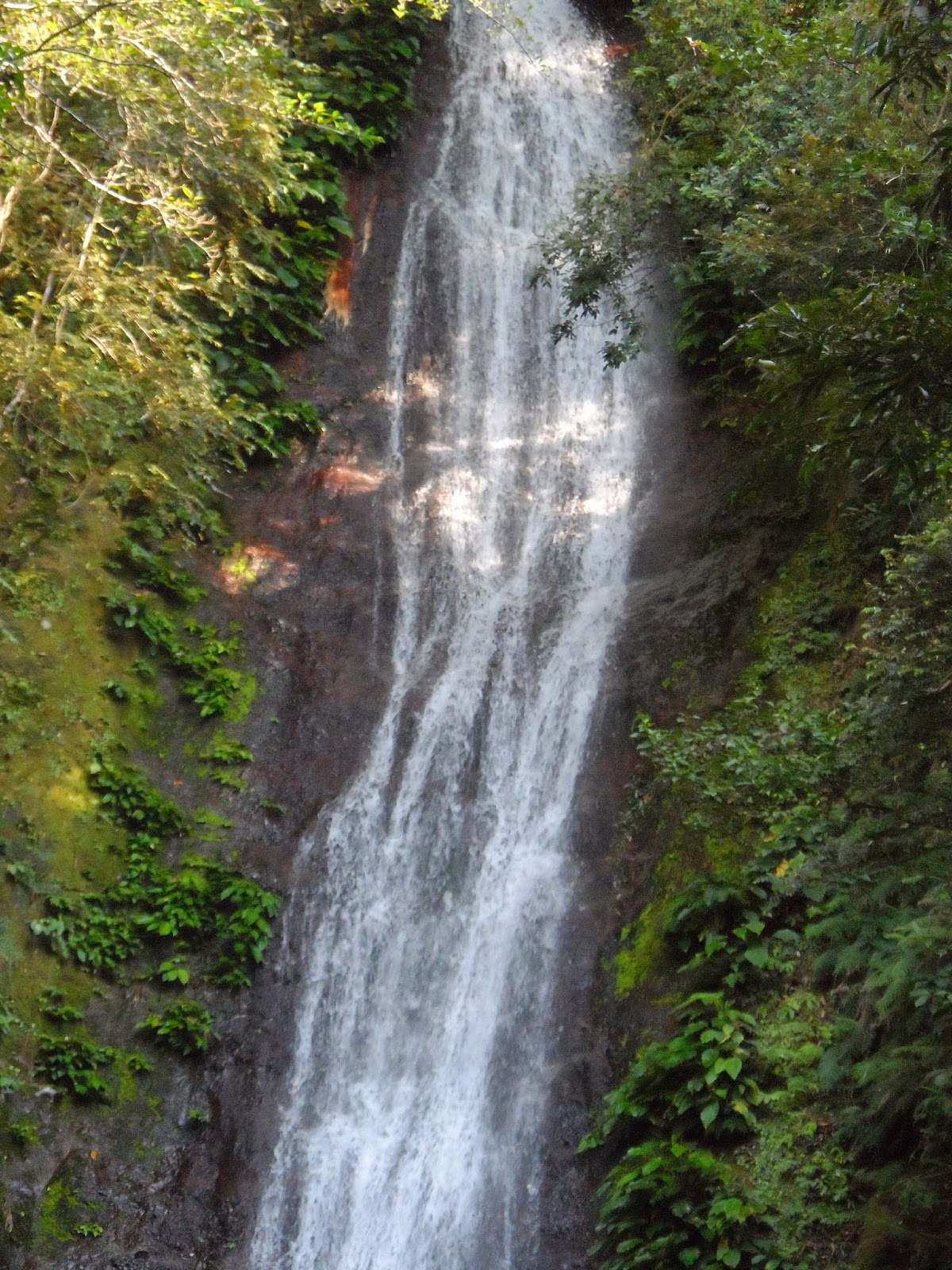 To see this though, we had to do a 20 minute trek under the heat of the afternoon sun. Good thing I have my trusty umbrella! 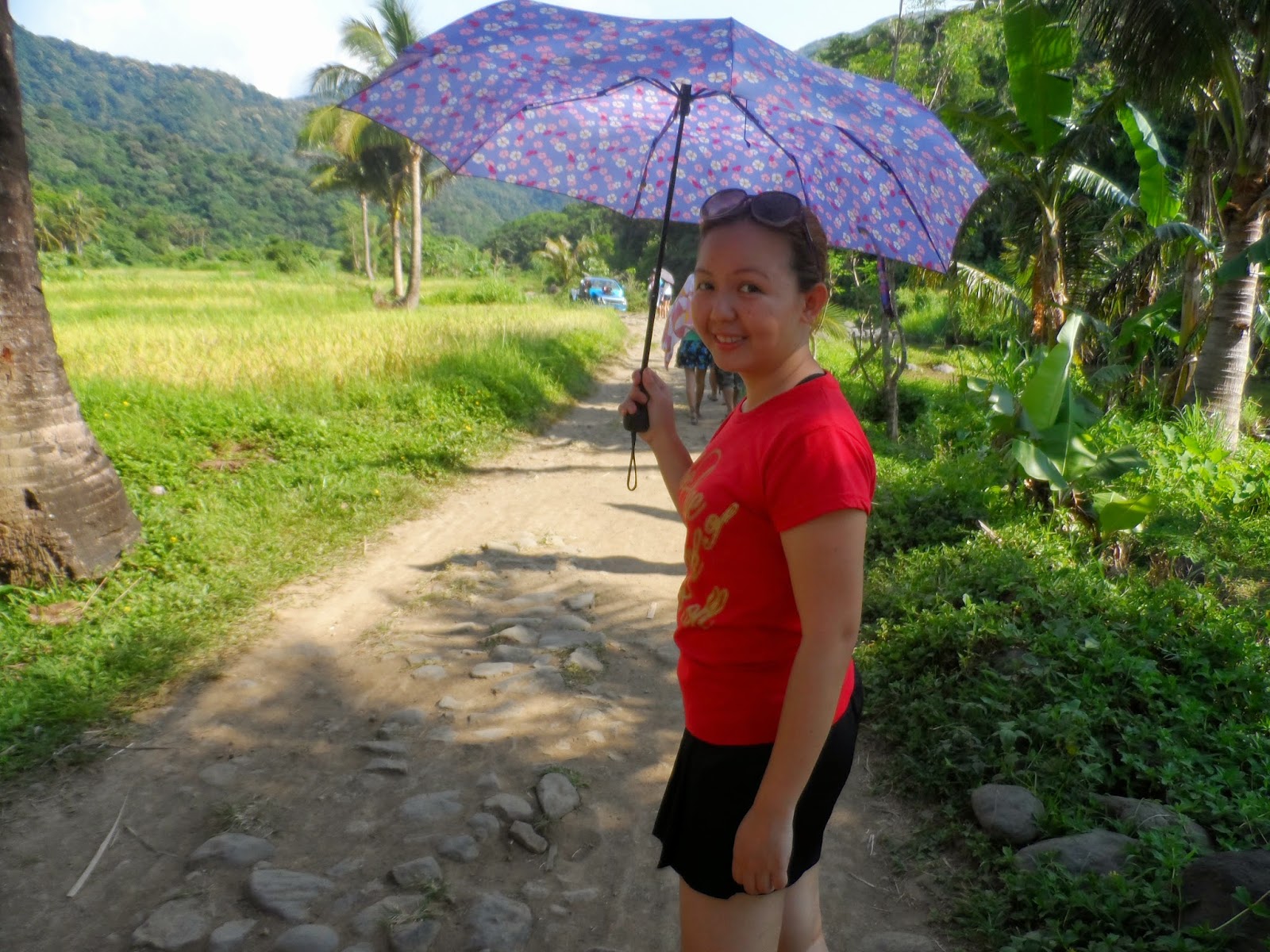 The scenery that surrounded us as we trekked to the falls is just so nice! 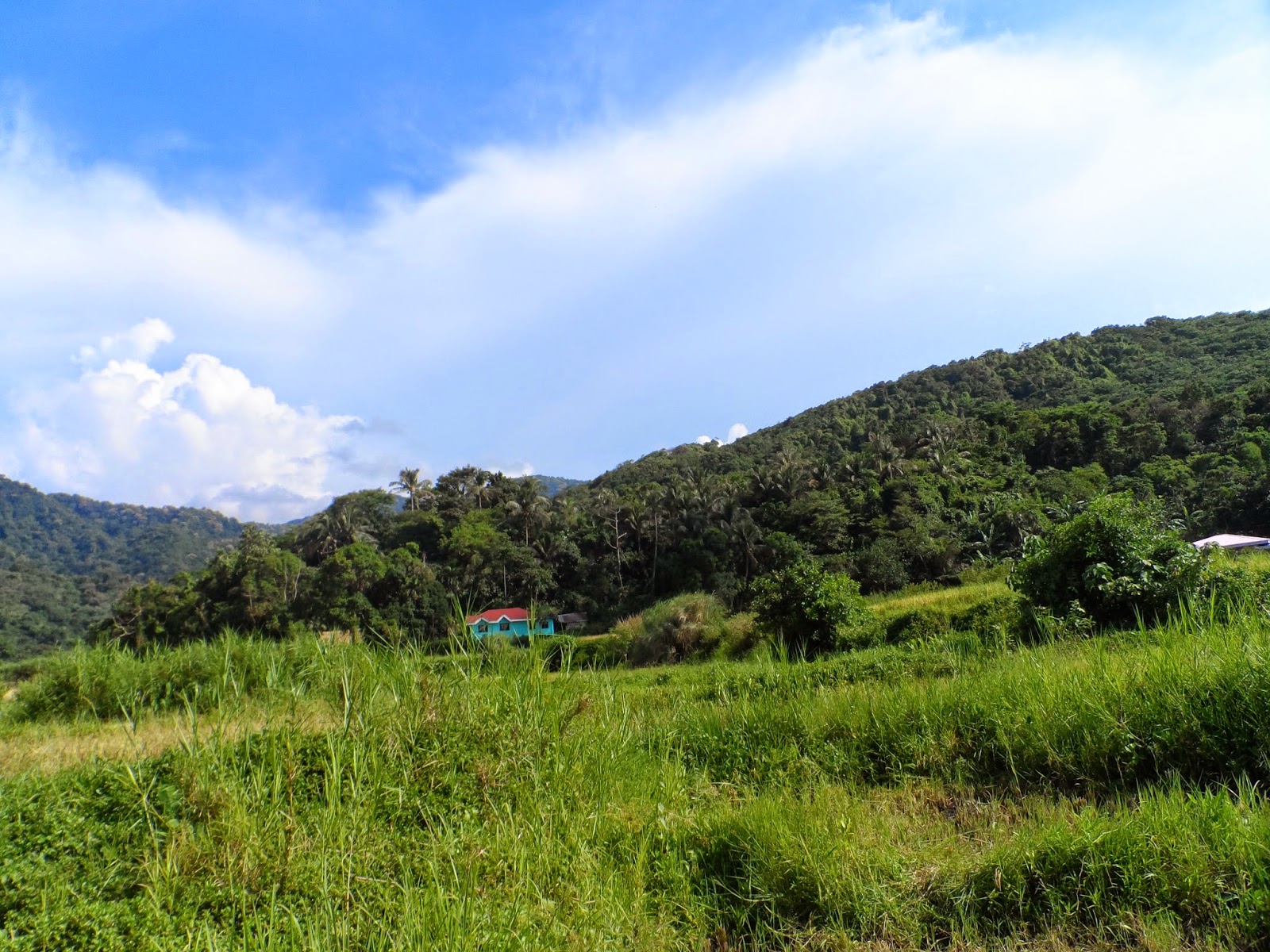 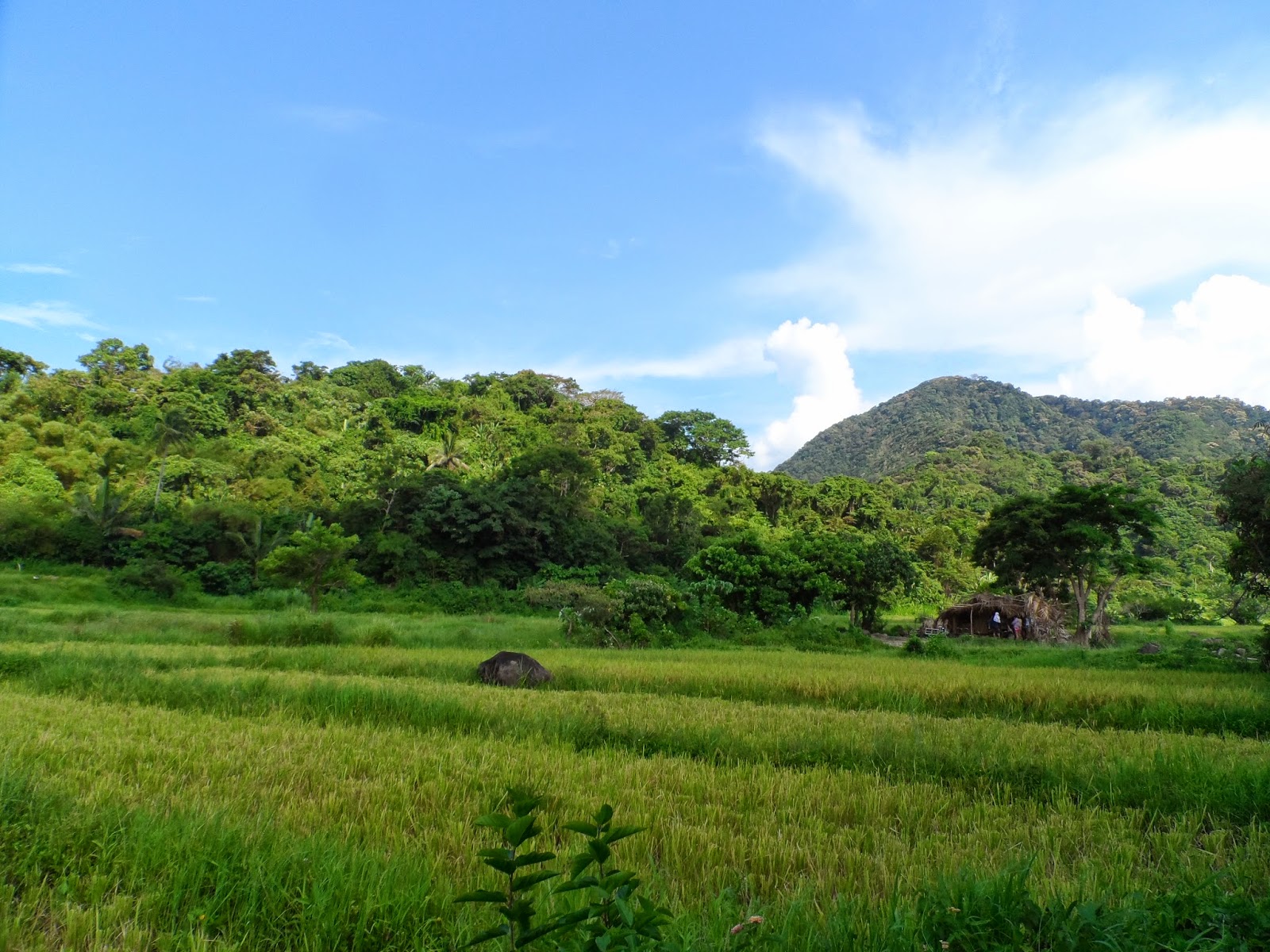 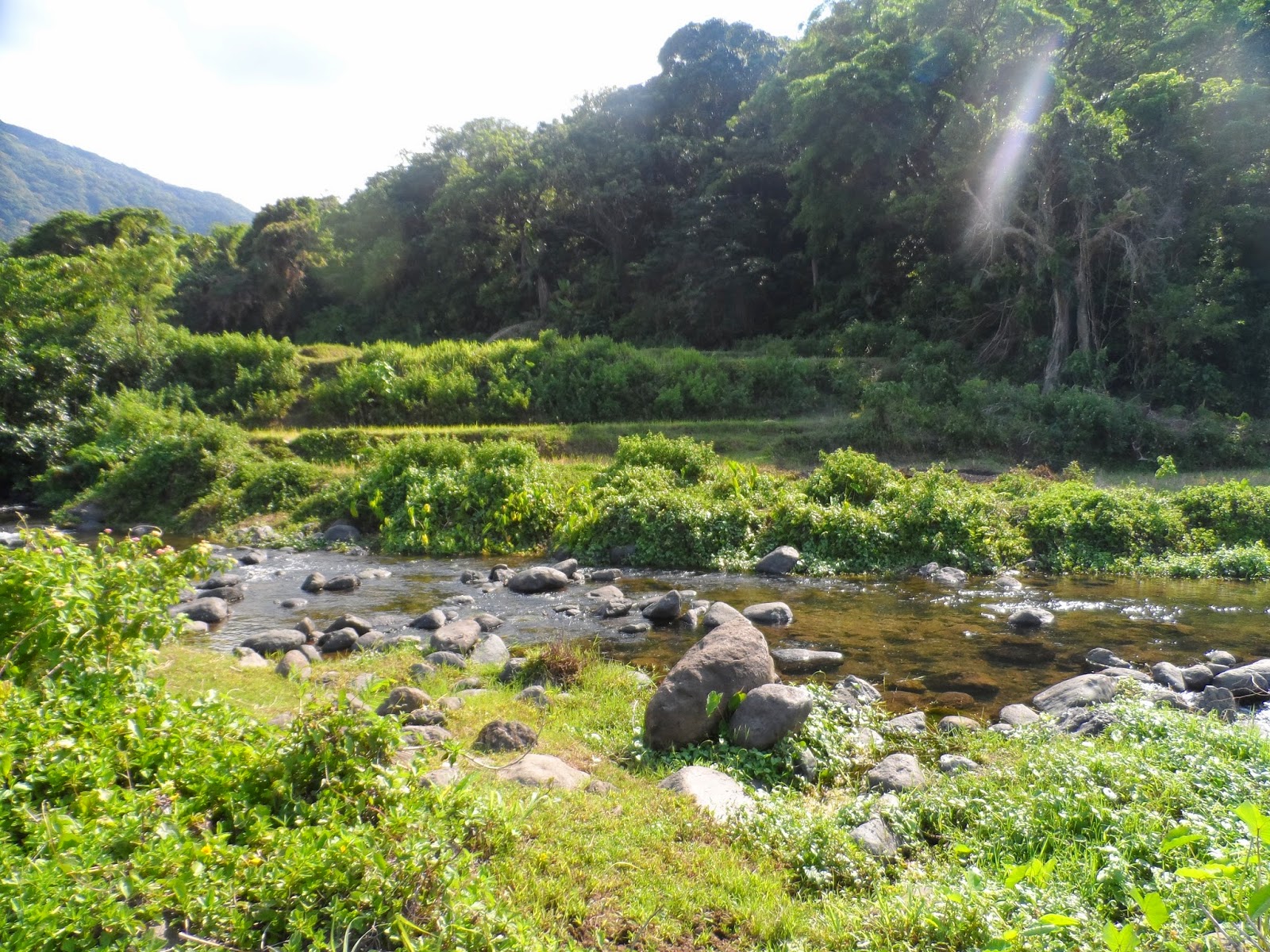 When you get to the falls, you can actually swim in the river below it. Some of our tour mates did. After trekking under the heat of the sun, who could blame them for jumping in the cool water? 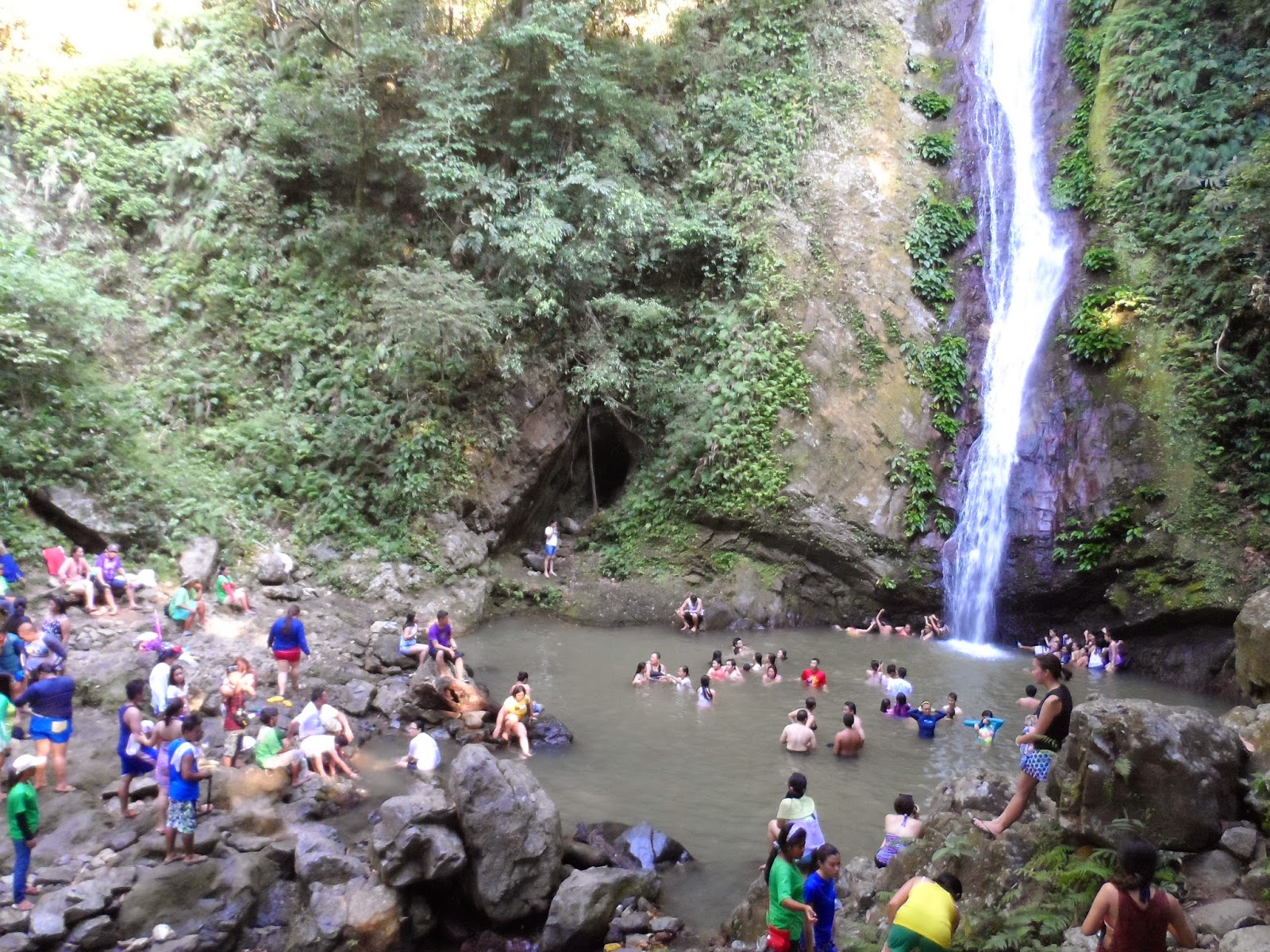 While we waited for them…
…it was selfies galore for Mai and I. 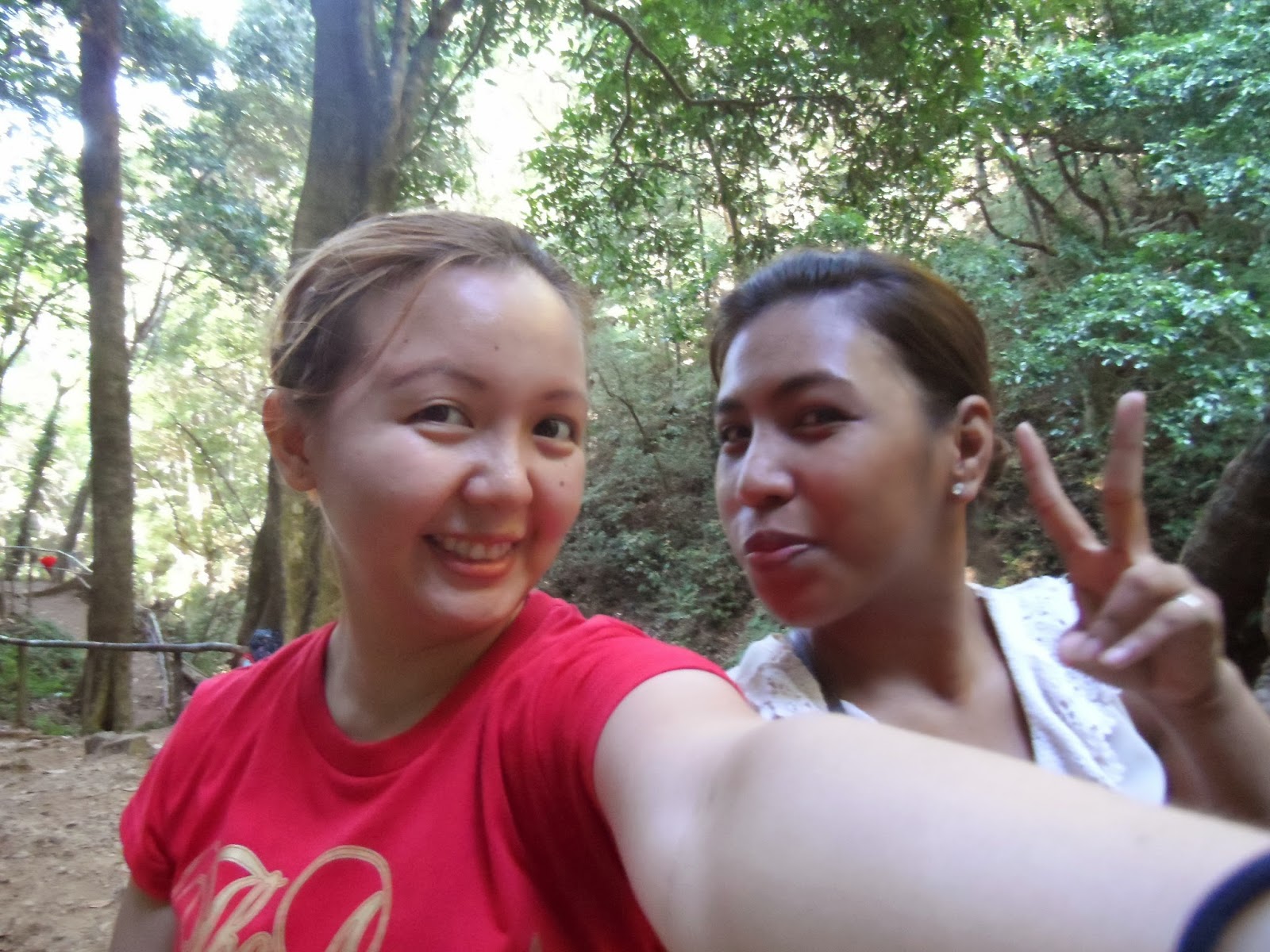 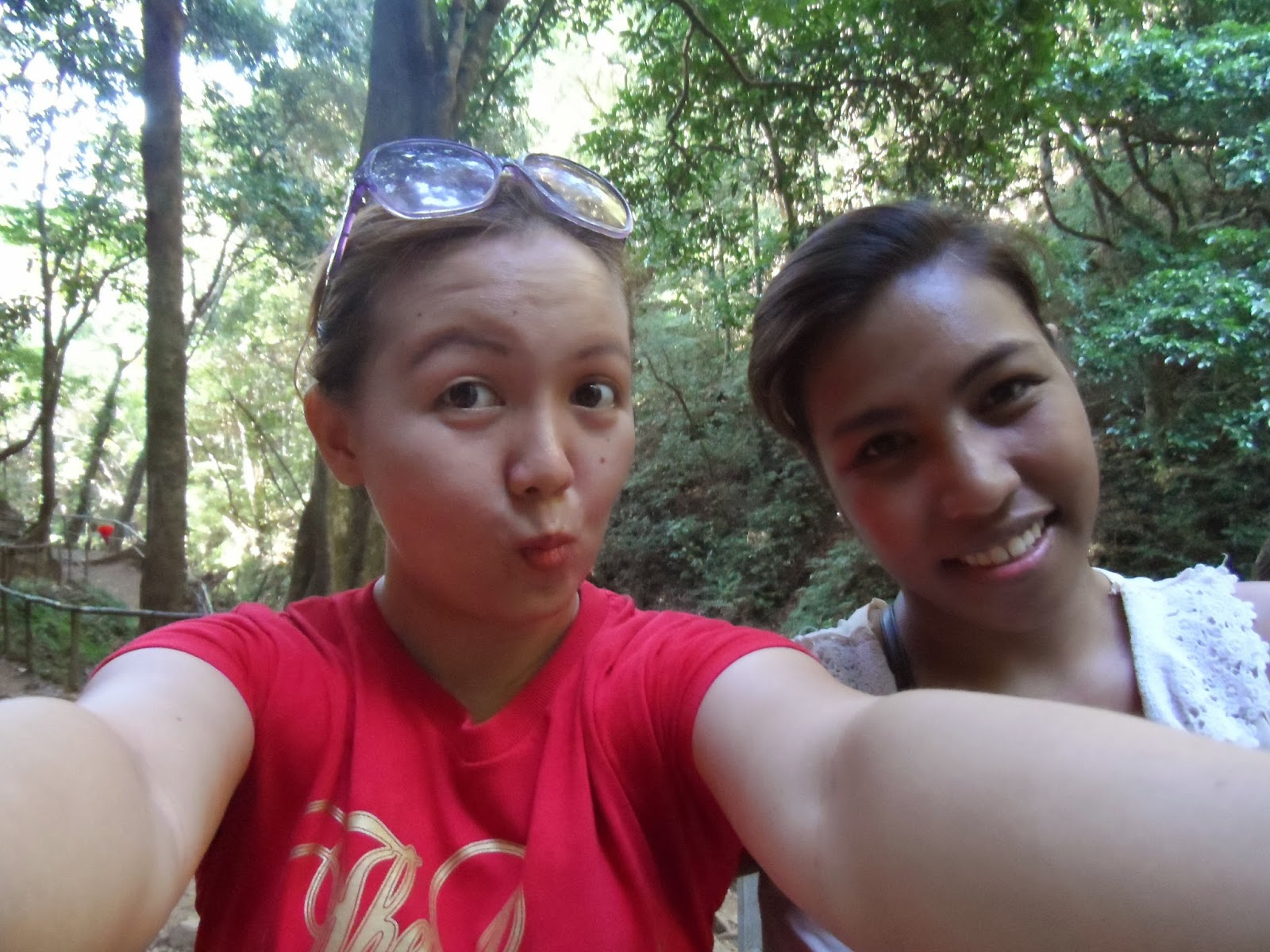 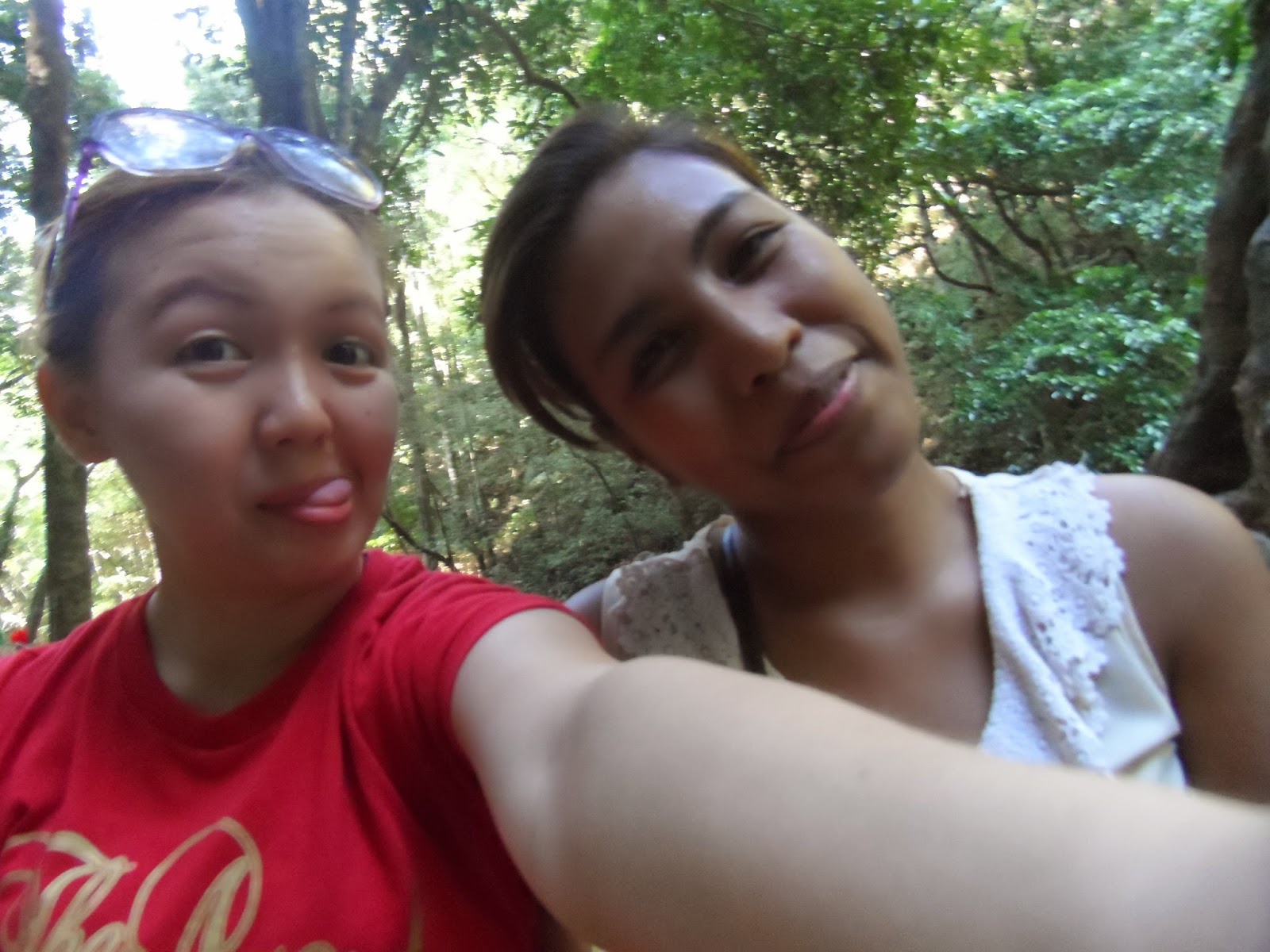 And that’s how our 2nd day of touring Ilocos went. Another tiring trip of course but still a nice first out of town bonding experience for just Mai and I who have been friends since high school!
Read about our 1st day of Ilocos Tour here.

Project Travel is a Go!