Confession: Dan Brown has become one of my favorite authors. I’ve read all his novels from the infamous Da Vinci Code to his not so popular novels Deception Point and Digital Fortress.
Here’s another confession – his character, famous symbologist and Harvard professor Robert Langdon is one of the few book characters I’ve come to love and that’s why Inferno just had to be part of my reading list. 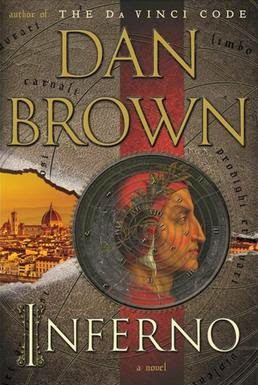 This book didn’t disappoint at all. I found the story plot creative, exciting and personally for me, by far the most realistic story out of all the Robert Langdon books. I’m amazed at how Dan Brown crafted this story that involved one of the most famous classic books ever written, Dante’s Inferno.

I remember hearing about this book last year when it caused quite an uproar with some Filipinos, especially with Metro Manila Development Authority (MMDA) Chairman Francis Tolentino who even went as far as writing a letter to Dan Brown to express Filipinos disappointment over his description of Manila.

See, in the book, Sienna Brooks, a 32 year bald doctor (bald because of a medical condition) traveled to Manila on a mission and was horrified with what she saw therefore coming to describe the Philippines’ capital as “the gates of hell”.

An excerpt from the book read – And so when the group settled in among the throngs in the city of Manila – the most densely populated city on Earth – Sienna could only gape in horror. She had never seen poverty on this scale… Manila had six-hour traffic jams,  suffocating pollution, and a horrifying sex trade…

Brown went on to say there were pickpockets, panhandlers and described a place as a shantytown – a city made of corrugated metal and cardboard propped up and held together and that there were wails of crying babies and stench of human excrement that hung in the air.

I’m a Filipino living in Manila and I take no offense on how Brown described Manila. Why not? Well one because the book is fiction. By the very definition of the word, ‘fiction’, it’s a made up story. Although that’s not to say there’s no truth to what he wrote. Truth be told, Manila alone is overpopulated and yes we have those six-hour traffic jams (though thank God I haven’t experienced being stuck in that kind of traffic myself), suffocating pollution (hellooo EDSA!), sex trade and pickpockets. And yes, there are shantytowns in Manila, people who live in a house propped up together by cardboards and corrugated metal – they’re called squatters. Oh and that stench of human excrement? That’s true too. In fact, if I didn’t hold my breathe every darn working day of my life when I walk at the MRT sidewalk or breathe shallow breaths through my mouth, I’d probably be puking my guts out everyday at the horrific stench.

Truth hurts! But Manila also has nice places to go to. So if you’re a foreigner thinking of visiting the Philippines, don’t write off Manila. The capital of my country also has wonders to show you too. In fact, if you’re looking for things to do around here, you can find some ideas on my blog. (“,)