Since I love Halloween, I’m blogging about it again. Last year, I blogged about my Top 10 scary movies. Now, I wanna tell you about my favorite slasher film. Slasher films are fitting in the spirit of Halloween too – it’s a great alternative to those who don’t like scary movies.

So what’s my favorite slasher film? 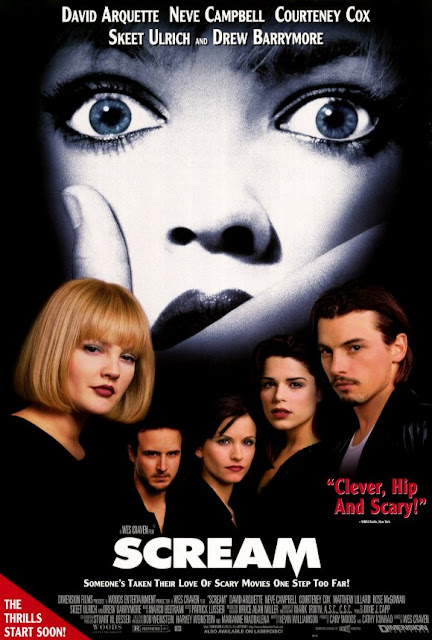 Yep, it’s Scream. I’ve seen all 4 films. And personally, I thought they were all great! It’s one of those slasher flicks that I thought lived up to the expectations of the first one. 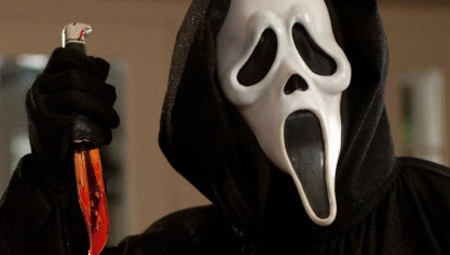 Ghost Face was quite a scary killer. The mask alone! Plus he moved so swiftly and it was almost like he had some sort of mysterious power right? I mean in the movies, he’d been gunned down and got in a car crash and somehow he manages to come out alive and just vanishes in to thin air without anyone noticing until they look back.

And who can forget the scary voice in the other end of the line when his target victim answers the phone? “What’s your favorite scary movie?” he’d asked. And next thing you know, Ghost Face was already inside the house wielding a knife at you! Time to run for your life!

Also, you’d never be able to suspect who the killer or killers were so soon. Maybe it was the boyfriend again (Scream 2)! Perhaps it was the cute cop played by Patrick Dempsey on Scream 3.

But what I loved the most about Scream was Sydney Prescott, Neve Campbell in real life. She was a bad ass. Granted, she tried to fall off the grid in order to hide from the killer (Scream 3) but everytime she faced Ghost Face, she was ready to kick his ass.

“There’s one thing you’re forgetting about Billy Loomis… I fuckin’ killed him.”