The first Saturday of May is annually celebrated as Free Comic Book Day. It’s an event that’s made to encourage old comic book lovers to continue their love for reading comics and to get new people specially kids to read comic books.


Confession: As a kid, I was very fond of comic book reading. It didn’t start with Archie Comics because I discovered Archie when I was in fourth grade. I used to have a whole collection of Casper, the Friendly Ghost, Wendy the Witch and Richie Rich comics until yes, I grew older and became a big fan of Archie and his pals and gals. 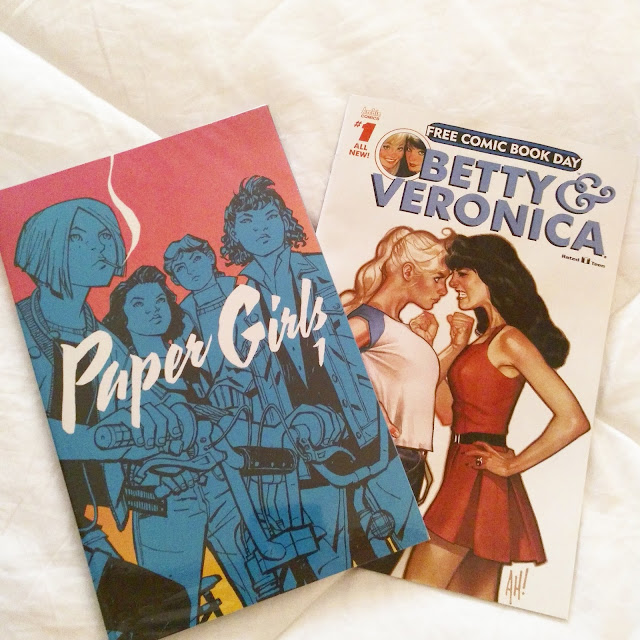 I made sure to drop by Fully Booked – Mall of Asia on May 6th, the first Saturday of the month mainly becau I saw they were giving out a Betty and Veronica comic that day and I’ve been hooked on reading Archie graphic novels with Archie and the gang re-imagined in the modern age. They even have new looks, did you notice?

And because I was already at the book store and Free Comic Book Day also meant graphic novels at Fully Booked can be availed with a 20% discount, I browsed around. I honestly wasn’t planning to buy any graphic novel because most of what I see are Star Wars, DC Comics and Marvel. But when I picked up Paper Girls, I was intrigued with the story plot. 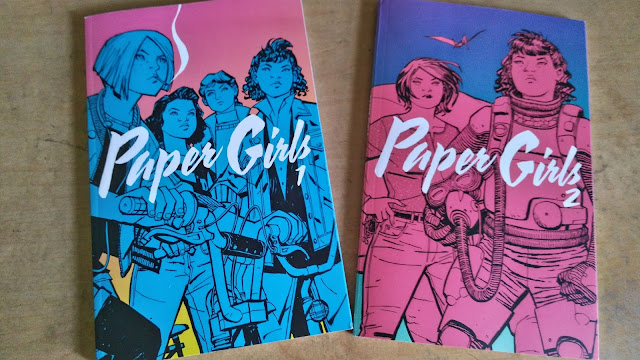 Paper Girls is about these four 12 year old girls who deliver newspapers back in 1988 at the fictional Cleveland suburb of Stony Stream. In the early hours of the morning of Halloween, the town is struck by an invasion from a mystery force from the future and the four girls discover the most important story of all time. It’s a mystery and sci-fi story. Not a huge fan of sci-fi stories but somehow this comic book series written by Brian K. Vaughan and illustrated by Cliff Chiang caught my interest.
While the story centers on four young girls, you can tell right away from the first cover that these characters are not your average girls. Look at that – a 12 year old who smokes. And their facial expressions – it’s like these girls are ready to fight and I don’t mean hair pulling and scratching kind of fight. In other words, they’ve got grit.
The story itself is very intriguing. I’m intrigued as to what kind of invasion had taken over their quiet suburb.
Is it these people who are somehow talking in a different language? 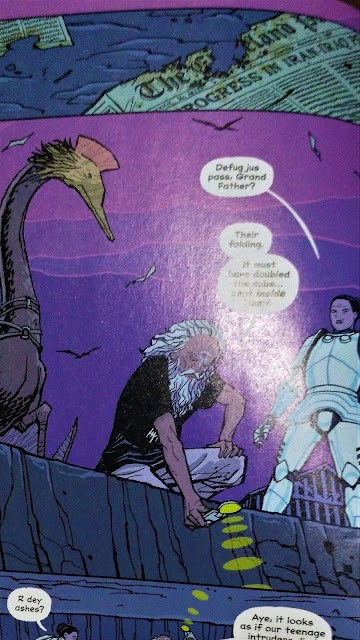 What kind of monster is this? 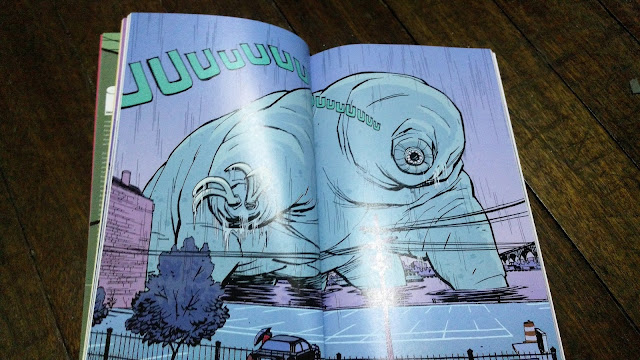 What are these creepy creatures? I’d run the other direction, far away from them if I was to ever encounter these hooded creatures. Not going to stay to find out who or what they are. 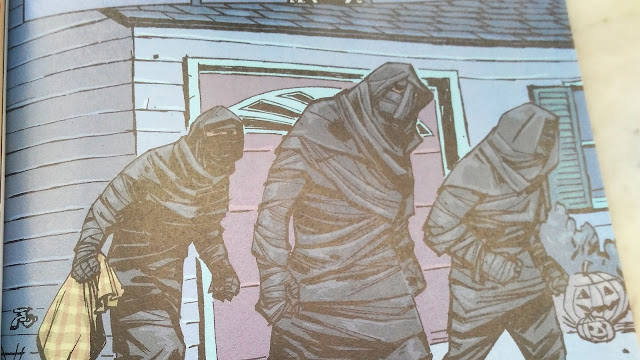 Are they enemies or allies? 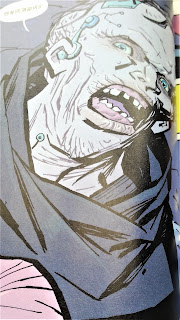 On Paper Girls 2, the girls even find themselves transported to the future – the year 2016 where Erin, one the girls, meets her future self and together the two Erins continue on to solving the mystery.
What do you guys think it’ll be like to meet your future selves? Hey if given the chance, I probably would like to meet my future self – see how I turned out.
I’m really hooked on this comic series. I want to find out what happens next to the girls. I need to get my hands on Paper Girls 3 but I’ll have to wait until August comes rolling around. According to Fully Booked customer service, it’ll be available only around that time.
But anyhow, if you like comic books and on the lookout for something new to read, or if you want to try reading a comic book (it’s nice! it’s you know easier to read than a book), I would recommend Paper Girls. The story is exciting and so action packed.
Thanks to Free Comic Book Day, I discovered something new and awesome to read in the form of a graphic novel.

Book Review: Jojo Moyes’ The Last Letter from Your Lover

Paris for One and Other Stories: A Jojo Moyes Book Review