Just recently, I finished reading Agatha Christie’s popular novel, Murder on the Orient Express with super sleuth Hercules Poirot. It was definitely a great read. I would say a page turner, trying to analyze the characters as I read along and thinking to myself, what could the motive be? And more importantly, whodunnit? 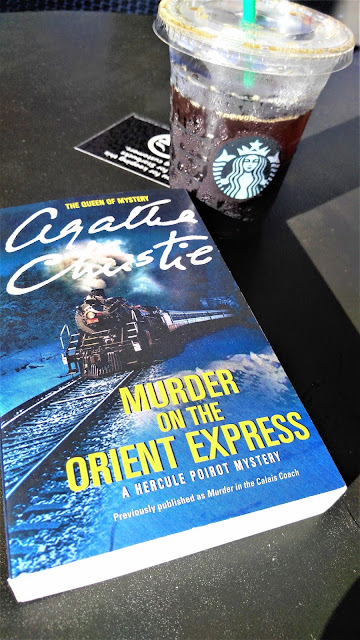 And so when I found out it was coming to life in the big screen, I knew I had to watch it. It’s not the first time Hollywood adapted the famous crime novel of Agatha Christie. According to my research, it’s been adapted into the screen many times. In fact, it’s 1974 version was an Oscar winning one. It’s my first time to see it on the big screen though and as someone who has just recently read the book, allow me to share my thoughts on the movie.

First of all, it’s a star studded cast. There’s Johnny Depp, Judy Dench, Penelope Cruz, Willem Dafoe; Daisy Ridley; Leslie Odom Jr., Josh Grad and Michelle Pfeiffer to name a few. I think having such a star studded cast would be enough to entice a movie goer to see this film even if they were unfamiliar with the story. 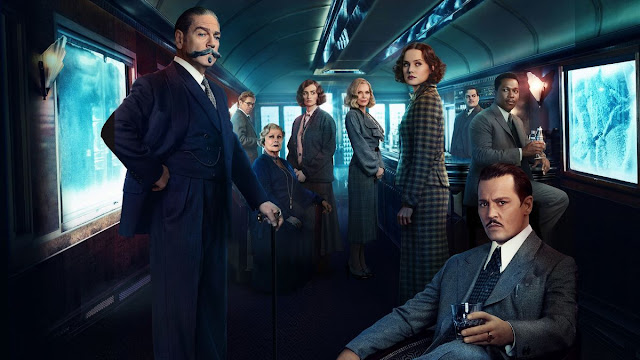 I also give props to the costumes. They’re all so elegantly dressed to kill. Vanity Fair even had an interview with the movie’s costume designer.

I thought the production set design was amazing. The Orient Express. The scenery complete with the snow. One critic complained that it’s C.G.I and therefore lost its realism. But I suppose for the untrained eye like mine, it was beautifully done.

As for the movie itself, I thought it was okay. I did not regret spending money to see this film in cinemas. But it’s not also something that I’d rave about. In fact, when my friend asked how I found the movie, I did say it was okay. He decided not to watch for himself after that. Ha! Ha!


There was a bit of humor and action mixed into mystery in this Murder on the Orient Express film. I appreciated the humor. But not the action. Maybe Kenneth Branagh together with the screenwriter, Michael Green thought it would give the film some excitement. But honestly, I thought it could have done without it. After all, the story itself in the book was not action packed but it was still exciting. It was exciting because it had the crime mystery which I thought was lacking in the film.

I give props to the stellar performances of Pfeiffer who played Mrs. Hubbard and Ridley who played Miss Mary Debenham. I also liked Gad’s performance as Hector McQueen, right hand man of Edward Ratchett (the victim played by Johnny Depp) and Tom Bateman who played M. Bouc, big shot at the train company and who happens to also be Hercules Poirot’s friend. Some actors like Dench and Dafoe I thought weren’t really given much screen time which is a shame because I know they’re really good.

As for Kenneth Branagh’s take on Hercules Poirot, I didn’t think he did the famous Belgian detective justice. Sure I liked that he gave Poirot some personality – fretting about two imperfectly sized boiled eggs and being bothered by an unkempt tie but I didn’t appreciate the dramatic flair.

For someone who’s read at least two Agatha Christie novels with Hercules Poirot as the protagonist of the story, I thought it just out of character for the detective to be that reactionary. For the most part of the movie, Poirot seems to let his emotions get the best of him which is so not the Poirot I’ve gotten to know in the books. In the latter, he’s someone who’s calm, careful and logical. He’s also very observant – that was his strength. That was made the Hercules Poirot novels so good to read because at the end of the novel, the big revelation of whodunnit as would be explained by him would leave the reader feeling incredulous.

As for what makes the novel, Murder on the Orient Express, such a good read, is the motive of the characters for the murder all explained in detail. That was missing from the film. The characters’ motive for killing wasn’t given much depth to it. The clues that were laid out were also not really tackled so much. Everything was just in passing as if the screenwriter and the director was thinking “let’s just get it over with”. It felt rushed honestly which is a big let down because these are the elements that truly makes the story something so unique and incredible.

Still I thought the movie’s ending was nicely done. It made sure to show the viewers’ the agony of Poirot, who seemed to usually see things in black and white, as he realizes he was in a grey area of whether to do the right thing or look the other way around after learning the motive behind the killing. So if I were to rate this movie, I’d say 3 out of 5 stars.

My Fun and Free Way to Destress