Books of the Month: Time of My Life, Postcard Killers and Cocktails for Three

As soon as summer kicked in, I found myself feeling the desire to sit down and read. In fact, I finished two books in March: Cecilia Ahern’s Time of My Life and Judy Blume’s Forever and two books in April: James Patterson’s Postcard Killers and Madeleine Wickham’s Cocktails for Three.

Now I’m finally sitting down to share my thoughts on the three other books I finished reading. 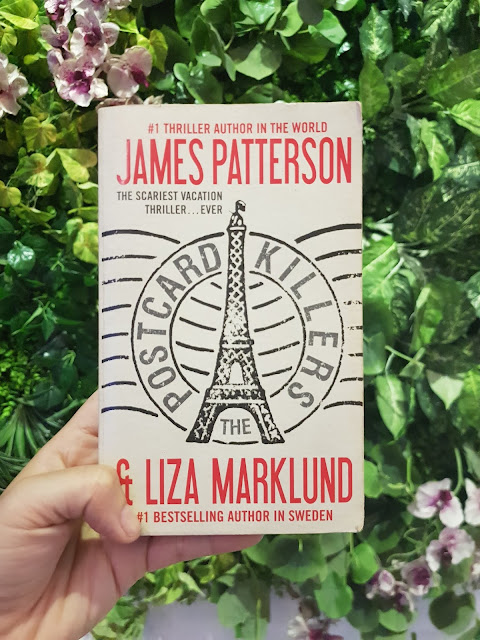 This is my first James Patterson novel lent by someone I know from the gym. Although I know of James already because of the Alex Cross novels that have been adapted to a movie – which I loved by the way – Kiss the Girls and Along Came a Spider.
The Plot
The story centers on NYPD detective Jacob Kanon who’s on a tour of Europe’s most gorgeous cities. But it’s not the sights that draw him in. He sees every cathedral, cafe and museum through his daughter’s eyes. His daughter Kimmy and her boyfriend were murdered during their vacation in Rome and since then young couples around Europe have been found dead. The only connection of the murders is a postcard sent to the local newspaper precedent of each new victim.  Kanon teams up with Swedish reporter, Dessie Larsson who receives a postcard from Stockholm and they think they know where the next victims will be.
My two cents:

I loved this book. I found it to be a thrilling read. The Postcard Killers reminded me of Bonnie and Clyde and as I followed the story through their perspective, I kept thinking to myself how twisted they were! Twisted but good. They committed a series of murders without the police catching up to them until Kanon that is.
Kanon’s probably a really good detective since he was the only one who could see the pattern. Didn’t care much for Dessie though. In my head, I pictured I imagined who would play Sylvia and Mac Rudolph, the killers in a movie. 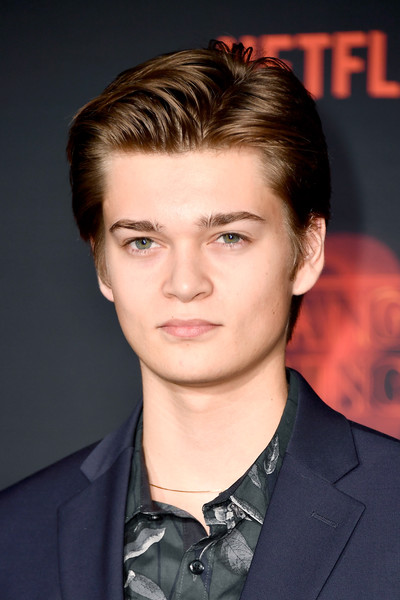 Both were actors in now cancelled, Netflix original throwback to the 90’s film, Everything Sucks. They’re both good looking just as The Postcard Killers were described in the novel and I liked them together in that film. They had chemistry.
But a quick search on Google and I found out on IMDb that it’s actually going to be turned into a film already called The Postcard Killings. Patrick Dempsey is set to play Jacob Kanon and Brittany Robertson from Netflix’s GirlBoss is set to play Dessie. It’s still in pre-production according to what I read but Liza Marklund, the co-author of the book is also writing the screenplay. I can’t wait to see this crime thriller come to life! 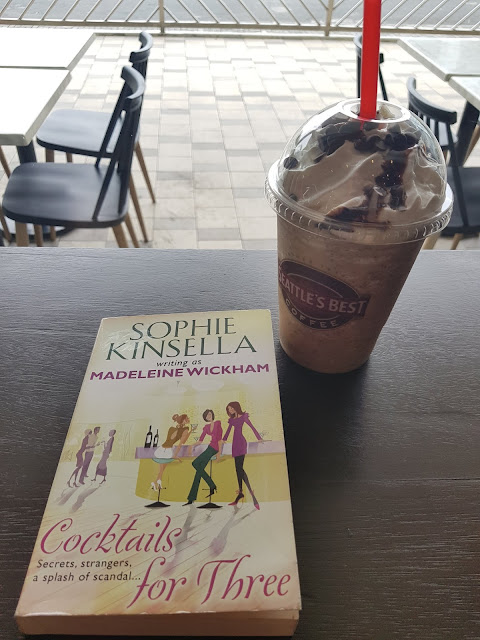 This is my first Madeleine Wickham novel. Most people know her by her pen name, Sophie Kinsella. Surprised? Yup! Me too! I thought it was the other way around – Sophie being her real name and Madeleine her pen name. Anyway, her writing style in this book is far, far, far different from her style as Kinsella, writing novels such as the Shopaholic series. As Wickham, her characters are more mature. I didn’t find myself being amused by the heroines of this book thinking about how silly adorable they are like I would have if this was a Kinsella novel and I know because I’ve read a lot of Kinsella books!

It’s about three savvy young women who share secrets they own over monthly cocktails. Roxanne is a glamorous and confident woman but she has a secret lover who’s a married man. Maggie is a capable and high achieving woman who finds herself with one thing she can’t cope with – motherhood. Candice is honest and decent until a ghost from her past shows up.

The story about Candice reminded me of the movie, Single, White, Female except there was no psychotic killer in this book. Just a vengeful one. Roxanne’s story was the one I liked the least because well, confident and glamorous and yet she’s in love with a man she can’t have. I guess for me it’s all black and white. If you love someone, you will be with her so I never understood why her secret lover just couldn’t do that and still she stayed. If it was real love, then why was she kept a secret? As for Maggie, well I would have to say her life was is #goals. She had a successful career and a supportive husband.
My two cents:
Anyway I liked it because of its depth and realism. The problems these women faced were very much relatable. I loved how it showed that even when the three women faced different struggles of their own, they still came through for one another when the need came.

Will I read another Wickham novel? That is most likely. But I think it’s safe to say that I still prefer her light and amusing novels as Sophie Kinsella.

The Time of My Life 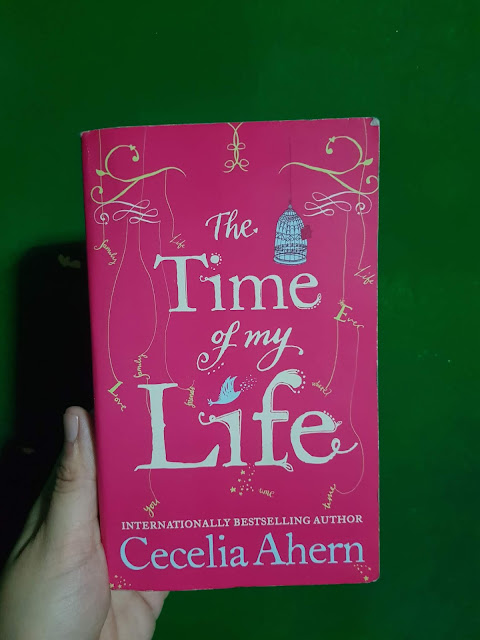 This is my first Cecelia Ahern novel. You might know her from her novel turned movie, Love Rosie.
The Plot: (from GoodReads)

Lucy Silchester has an appointment with her life – and she’s going to have to keep it.

Lying on Lucy Silchester’s carpet one day when she returns from work is a gold envelope. Inside is an invitation – to a meeting with Life. Her life. It turns out she’s been ignoring it and it needs to meet with her face to face.

It sounds peculiar, but Lucy’s read about this in a magazine. Anyway, she can’t make the date: she’s much too busy despising her job, skipping out on her friends and avoiding her family.

But Lucy’s life isn’t what it seems. Some of the choices she’s made – and stories she’s told – aren’t what they seem either. From the moment she meets the man who introduces himself as her life, her stubborn half-truths are going to be revealed in all their glory – unless Lucy learns to tell the truth about what really matters to her.

Can you imagine having your life pay you a visit and to find out that the manifestation of your life is a disgusting, smelly old guy? That was Lucy’s life. Reading this book made me reflect about life.

I know some of us have the tendency to live on auto pilot mode. You know how it is – just going through the motions, never really acting on anything. Sleep. Eat. Go to work or school. Go home. Eat. Lose yourself browsing social media or watching TV. Sleep again. Repeat the following day. You’re comfortable and safe in your own little bubble. But really you’re dead inside. It’s not the best way to live at all. I mean, if you look back in your life, would you be able to say you lived your best years?

A few years ago, I found myself living an auto pilot mode kind of life. I was working and going out with friends after work. On the weekends, I would either go out again with the same set of friends or lose myself in front of the TV at home. I repeated that everyday and I was okay with it because I was comfortable. I guess if my life paid me a visit too back then I’d also probably be shock to find a stinky old guy as well. But thankfully, there’s a leadership program I joined a few years ago that made me realize that really was not the way to go.

This book is a good read. I think it will also make you reflect on your own life and make you want to grabbing life by the balls as they say.

So those are my books of the month (BOM) and as it turns out, they’re a series of firsts for me! They’re also not going to be the last novels I’d be reading from these authors. As for my 2018 GoodReads Challenge, well I’m now four books down. Eight more to reach my 12 books goal for the year.

Book Review: Beth Harbison’s If I Could Turn Back Time