I’ve replaced my Netflix while having breakfast with Hayu ever since I downloaded the app on my mobile phone. What is it? It’s all-reality, on-demand subscription video on-demand (SVOD service from NBCUniversal International. As a fan of reality TV series, I’m definitely loving this app.

So I’m currently watching Keeping Up with the Kardashians on my mobile because I am such a fan of the show. But it’s not the only reality series you can find and love on Hayu. Let me give you my top 5 shows! 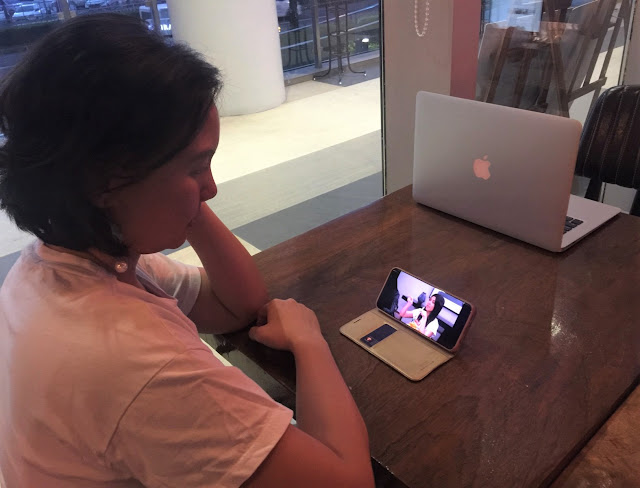 1. Keeping Up with the Kardashians


Yes, definitely number 1 on my list! It’s the very reason I downloaded this app in the first place so I can stream KUWTK. I’m binge watching the old seasons and will work my way to the current season, Season 17. Wait, what?! This show has been around that long? Well, what can I say? This family keeps things interesting. My favorite Kardashian? It’s Khloe. And as for the Jenner sisters, I’m loving Kendall all the way!

On Hayu, its description reads: Each self-contained documentary explores a topic, a headline or person that became ground zero for revolution, change or shift in culture, told by people who were frontliners of the story.

It’s currently on its first season and it has two episodes: NXVIM: Self Help or Sex Cult? which is about this guy named Keith Raniere. It also involved Allison Mack, the actress from the early 2000 show, Smallville who also got convicted of a crime.

The other episode is about Kim Kardashian West. Haven’t seen that one yet but I’m sure it’ll be interesting to watch!

If you love crime docus, you’ll love this! Actually True Crime is not a show per se on Hayu but more of a category. There’s just too many of the shows that fall under this category to just pick one! I grew up watching forensic crime docus on Discovery Channel with my Dad so I’m watching these shows!

Tyler Henry is a young, good looking, gay psychic who’s been known to visit Hollywood celebrities and I mean, going as far as A-list celebrities! to do a reading. In other words, Tyler is able to “talk to dead people” and the things he describe, they seem so on point that the guests usually end up crying in awe.

This was one of the reasons I used to have E! channel on cable.

This follows three plastic surgeons as they try to fix people who come to them with botched plastic surgeries. You would not believe how awful looking these people are because of their plastic surgery gone wrong and it’s just amazing how these doctors are able to fix them! But really, it baffles me that people would risk going under the knife with some unknown, even with questionable credibility plastic surgeons just because they cost a lot less than the established ones. Why people? Why?


Hayu just launched in the Philippines apparently but I think it’s already established globally. It’s got over 250+ reality content shows.  and you can even watch some of the shows on the app the same day it debuts in the US ! It’s a dream app for reality TV series lovers like me! Currently am on a one month free trial run but there is no doubt I’m going to get the full subscription. At Php149 a month for a whole lot of reality TV shows to watch, that’s affordable enough!

Fifty Shades of Grey – The Movie