It’s Day 10 of Luzon lockdown. Since all the establishments are closed saved for the essential ones and people are not allowed to go out in an effort to flatten the curve, I spend my days now at home, working on weekdays and streaming Netflix. 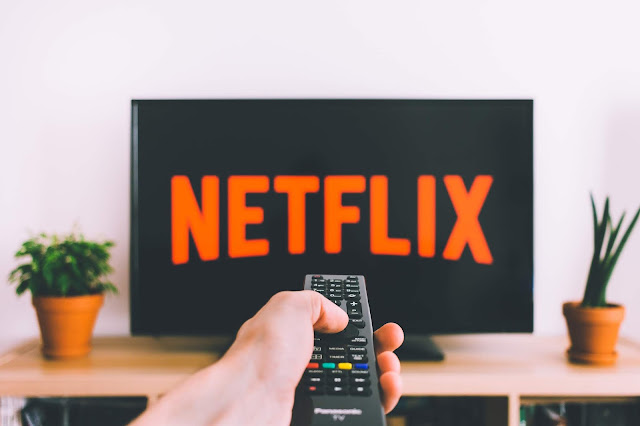 Photo by freestocks.org from Pexels

So what have I watched on Netflix recently? Here’s a list of the movies I recently streamed.


Considering the world is suffering from COVID-19 pandemic, I thought it was only right to stream a movie about another pandemic, Ebola.

Summary: Heroic health workers fight to contain an ebola outbreak when a patient arrives in Lagos with symptoms of the deadly virus. This is based on a true story.

This disease is scary. But like Covid 19, there is a chance to survive it. Takeaway from this movie: believe in science! And test, test, test!

The lock down has people staying at home and entertaining themselves on social media. Last week, I saw a friend post this question on Facebook: Zombie apocalypse or virus apocalypse? Well I picked out zombie but not ala World War Z though cos when I saw this movie and I only saw this recently by the way, they were fast!

Summary: Gerry, a former United Nations employee, unexpectedly finds himself in a race against time as he investigates a threatening virus that turns humans into zombies

Will give you a bit of a thrill with the zombie chase but overall not the most interesting zombie movie there is to see.


This is a 2003 academy award nominated film starring Kevin Bacon, Sean Penn, Tim Robbins, Laura Linney and Marcia Gray Harden. Quite the star studded film. It’s based on a novel of the same name by Dennis Lehane.

Summary: After the death of Jimmy’s daughter, Katie, Sean, a police officer, investigates her murder which leads him to a crime that took place twenty-five years ago.

It is quite a dark movie. Emotionally charged. I was hooked.


From pandemic to suspense thriller to action. Spencer Confidential is an action film starring Mark Wahlberg. It’s a new film that just dropped on Netflix.


Summary: All he wants to do is leave town and start over. But first, he needs to deal with his ex, his new roomie and the enemies who want him dead.

I have to say, for an action film, this was nowhere near exciting. The plot seemed interesting enough but it was not played out too well for me. There were scenes in this movie that I thought were unnecessary and distracting and thereby didn’t help in the lagging story telling. There’s an attempt at comedy but personally wasn’t amused much. I’m not too crazy about the idea of this guy being the one man hero. His sidekick, Hawk, the big guy who didn’t know how to properly throw a punch was also awkward. Overall, I’d say a fogettable film.

Okay quite a handful of heavy films I mentioned there. I did give my mind a break from that and threw in some light watch in the list. To start with, I watched Fifty Shades Freed. If you didn’t know already, am a big fan of the Fifty Shades book trilogy.

Summary: They vowed to stay together until death do they part. Now Mr. and Mrs. Grey can’t wait to explore the bonds of matrimony.

I love this “trashy” literature as some people call it. I love Christian Grey for all his kinkiness and the love he has for Anastasia Steele. In fact when it was announced that it was going to be turned into a film, I was all for it and even blogged about what I thought of the original actor that will play Christian Grey. As you know, Jamie Dornan got the part eventually and I love him! And I love the movies. Yes, all three of them. It’s such a sexy film with a great soundtrack to boot! Just really the perfect way to de-stress one’s mind from all that’s going on in our country right now.

Another light movie I watched is this JLo film. Also stars Michael Vartan (Never Been Kissed) as her leading man and Jane Fonda as her soon-to-be-monster/mother-in-law.


Summary: Charlotte finally finds the man of her dreams and decides to settle down with him. However, things get out of hand when his mother decides to ruin their relationship.

Also only saw this movie recently. But I think it’s a cute romcom but it still doesn’t top The Wedding Planner and Maid in Manhattan for me. Loved JLo’s looks in this film. She wore so many bright colored outfits in the movie plus how about those hairstyles? So chic! This blog has photos of JLo in that movie and talks more about the actress’ fashion in Monster-in-Law.

So that wraps up my recent watches. What have you been doing to keep yourself entertained during this lockdown? If you’re watching Netflix too, how about some suggestions what to see next?