5 Haunted Places I Want to Visit in the Philippines

I love ghost stories especially on Halloween. Growing up, I looked forward to this time of the year because I knew Noli De Castro was going to have his special Magandang Gabi Bayan show, which featured different kinds of scary stories from the white lady to the aswang to the places deemed haunted in the Philippines. I even remember my grandmother telling me lots of ghost stories from the province when I was a kid and she’d tell it at night too so extra scary!

So being the lover of spooky things that I am, I’m definitely up for visiting spooky places – provided I have another adventurous friend to go with! What can I say? I’m still a scaredy cat!

So here are the top 5 places I’d like to visit for one heck of a spooky adventure! 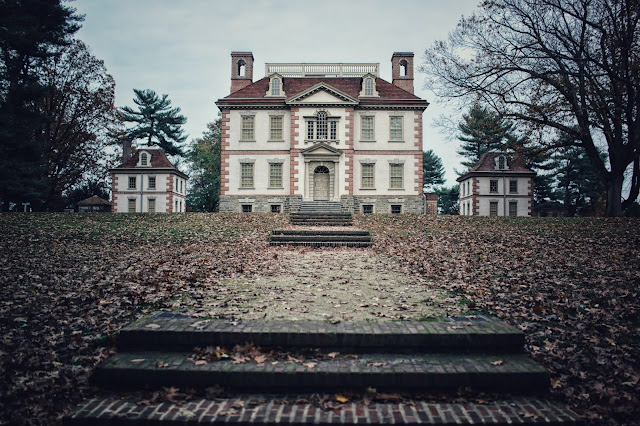 Photo by Edan Cohen on Unsplash

The Laperal White House can be found on Leonard Wood Road in Baguio and it is one of the well-known haunted places in the city. It was built in the 1920’s by the Laperal family, one of the oldest clans in Baguio. During World War II, the house was occupied by Japanese soldiers and used it as their accommodation. What happened to the owners? They died in the hands of the Japanese according to the stories. Roberto Laperal, one of the last Laperals to live in the house, was said to have died in that house after slipping and hitting his head. It’s been reported that the old man haunts the place – he can be heard still walking around the house. Another story tells of an unknown young girl who’s sometimes spotted sitting on the steps of the Laperal house. Lucio Tan, a Filipino tycoon, bought the house and refurbished it in 2007 but even when it was completed, the house remains unoccupied.

The walled city of Manila was founded in 1571 when it was declared to be the capital of the brand new Spanish colony. Its walls have been witness to the coming of the different colonizers in the country from the Spaniards, Americans and Japanese. Fort Santiago alone, which can be found inside the walled city, served as the prison cell where many were tortured and killed during World War II. A lot of civilians also died in the crossfires during the Battle of Manila either because of the bombings done by the Americans or the massacres of innocent Filipinos committed by the Japanese. It’s no wonder it’s haunted! One of the stories I heard about Intramuros is that a guardia civil can be spotted walking here at night.

Night walking tours have been done in the past during Halloween at Intramuros. This year, there would be no walking tour because mass gatherings are still not allowed under General Community Quarantine but Wander Manila will be doing a free live audio visual presentation instead this coming Halloween.

Corregidor Island has a bloody history that goes back to World War II and because of this reason, some of the places here have become part of the world’s most scariest places in the world. The Malinta Tunnel is one of them. A lot of soldiers died in this tunnel and according to reports, people have seen shadows, heard unexplainable noises and even felt sudden dradts and temperature changes in the tunnel.

I’ve actually been to Malinta Tunnel during a visit to Corregidor Island a few years back but my visit was during broad daylight. There’s a night trip to the Malinta Tunnel for the adventurous folks who want to go ghost hunting. I couldn’t get my best friend to go on that night tour. He doesn’t like scary stuff!

Teachers Camp was built in 1908 and it served as training site for American
teachers as well as the Philippine Military Academy before World War II. A lot
of untimely deaths due to the war might be the reason this place is considered
haunted. If you want to see ghosts, you can actually rent an accommodation
here! It’s infamous for being haunted that even cab drivers are cautious when
passing by the area.

I visited this place when I went to Baguio but also in broad daylight. It’s
such a picturesque place! Read about my
Teachers Camp visit here.

Yes, Baguio City alone has a number of haunted places you can visit!
Diplomat Hotel is one of them. This building was built as a Dominican Hill
Retreat House back in 1911. So how could a place built for the religious ones
be so haunted? Again we can blame that on World War II when the Japanese
invaded Baguio and took over this place which was a strategic stronghold for
them. According to stories, the Diplomat Hotel served as the base camp for
Japanese soldiers who also committed atrocious crimes within its walls such as
rape, torture and murder. It wasn’t only nuns and priests who were beheaded
here here but also babies and children were killed in this place. When the war
was coming to an end and the Philippines was being liberated, the hotel was
damaged from bombs and many Japanese soldiers who didn’t want to get captured
or surrender to the Americans committed suicide within the building.

Later on a it became a hotel but it caught fire, again causing many deaths. A popular story about Diplomat Hotel hauntings: Back in the 90s, a group of students snuck in the hotel for a night of drinking booze and laughter. It was all fun until one of the students started talking in a different language and a different voice telling them to leave the place.

When I visited Baguio, I also went here and while it was creepy to look at, I didn’t experience anything paranormal like but then again, I would like to say that perhaps it was because it was broad daylight when I went. You can read and see pictures of my visit to Diplomat Hotel here.  I would love to come back for a tour of the place at night. Pine
City Fright Tours does a paranormal tour of The Diplomat Hotel among
other places in Baguio City.

What about you guys? Would you ever want to go on a paranormal adventure?

Baby It’s Cold Outside! aka The Weekend I Spent in Baguio (Part 2)