Remembering John Hughes Through His Movies

I was only a baby when teen movies of the 80’s equaled to one name: John Hughes. But I’ve read and heard about his famous movies and decided to give it a try. Turns out I’d love them! Well I haven’t seen all his movies but those that I have seen, I immensely loved. Thanks to John Hughes’, Molly Ringwald became the teen icon of the 80s.

So here are the two movies of John Hughes I’ve seen that stars Molly Ringwald and I definitely would recommend this as a must-have, must-watch chick flick.
Sixteen Candles: 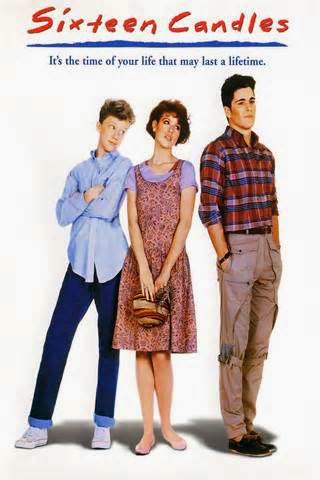 Starring: Anthony Michael Hall as the geek, Molly Ringwald as Samantha Baker and Michael Schoeffling as Jake Ryan. So as the story goes, Sam has just turned 16 and her family has forgotten about it because her older sis was getting married! To top it off, she has a huge crush on senior hottie, Jake Ryan who was already hands off as he has a girlfriend who’s also a senior and is equally hot as he was.

It’s definitely kakakilig – I’m sure a lot of girls can relate to what Sam was going through – I mean imagine, that your crush whom you thought doesn’t even know you exist actually has been noticing you and he likes you too! And then you get to spend your 16th birthday with him. Sweet!! 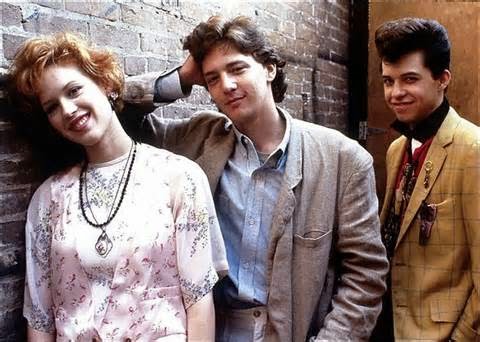 Starring Molly Ringwald, Andrew McCarthy and Jon Cryer. In this story, the plot is that young Andie is one of the not-so-popular girls in high school. She usually hangs out with her friends Iona or Duckie. Duckie has always had a crush on her, but now she has met a new guy from school, Blane. He’s one of the rich and popular guys but can the two worlds meet?

A little trivia: Jon Cryer’s role was originally offered to Anthony Michael Hall (the geek from 16 candles) but he turned it down because he didn’t want to play another geek role.
Another trivia: Before the release of this movie in public, the original plot was that Andie was gonna end up with Duckie.
I also thought this was kakakilig movie. And no, I don’t say that for every romance movie. Duckie was absolutely adorable for a best friend that is. (“,)

There are other John Hughes movies I haven’t seen but I so want to… Thing is, it’s not so easy to find. I would love to see St. Elmo’s Fire and The Breakfast Club. Well.. I’ll just have to wait until I finally find an available copy.

R.I.P John Hughes 1950-2009. Here’s an article I found on Spot.ph about John Hughes and his movies. It’s interesting.

My Fun and Free Way to Destress

Did You Hear About the Morgans