It's my life and these are my confessions
life lately

The Week that Was: Book, Movie Update and Fashion

Hey guys! So I just want to give you a few updates on what’s been happening in my life. The week that was – pretty eventful!

I finally finished the book I bought: How to be Single. It was a really interesting story, a little bit heartbreaking as well but overall quite inspiring. What I loved most was how it all ended, how the five women developed a friendship with each other and the realization that dawned on the heroine.

I admit I hadn’t always been like that with myself. Insecure was a good way to describe me as I was always looking for approval and validation from other people, specially from the opposite sex. This is not to say that I’ve completely changed. Insecurity still rears its ugly head at times but I would like to believe I’m more mature now. I try to shake off those insecurities and focus instead on finding something that I like about me. Take it from Samantha Jones who doesn’t give a hoot about what others think of her. No matter how many men she may get involved with, she doesn’t forget to have a relationship with herself first and foremost.

The Movie I Recently Watched in Cinemas

Speaking of Samantha Jones, I watched Sex and the City 2 with a couple of friends. I thought it was a nice movie. Not as great as the first one in terms of story but still nice. Gotta love the fashion of those ladies. I felt disappointed that they weren’t able to give Aidan and Smith so much justice in terms of their appearance in the movie. There was also no sex which used to be a big part of what made Sex and the City a great show – and when I mean sex, I mean both physical and conversational. But no I wouldn’t call it Sucks in the City as one critic had said.

Love this outfit Carrie wore on the opening scene of SATC 2. So fierce!

Last but not the least for my the week that was update for you guys, the skirt I bought online also finally arrived! I saw it on another Multiply shop called Solamente Bianka. There are so many fabulous looking clothes there! And this is one of those that caught my eye: 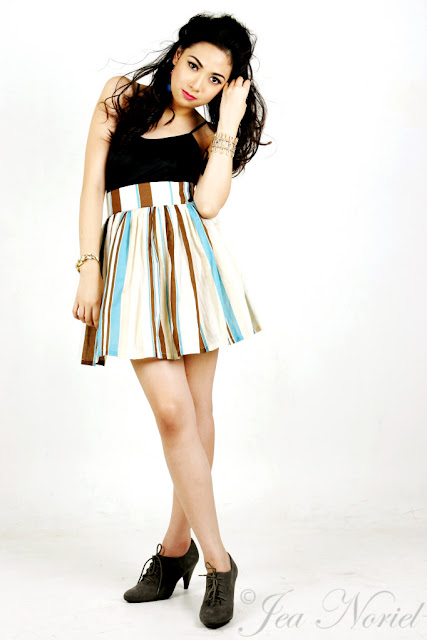 It’s called Stroll in the Park skirt. I thought the color combination is really pretty and cute. I couldn’t forget this skirt after I saw it so I finally bought it. It’s only P820. Totes love it!

So those are my life updates from the week that was.

The Dessert Museum: My Sweetest Birthday So Far

November Wrap-Up: A Sense of Normalcy

My May Wrap Up: Hello there mid year