I’m a fan of the original American Pie movies – the ones that stars Jason Biggs. I’ve always thought it’s one of those very tastefully done sex comedies and by that I mean on top of the sex, it’s a story about friendship, growing up and love. I remember watching the first two American Pie movies when I was still in high school and American Pie The Wedding in College. Fast forward a couple of years later and whaddaya know? Another American Pie movie is out in theaters with all the original casts in it!

My cousin and I had to see it as soon as we could and on the second day of showing, off we went to the cinemas to watch it. It definitely did not disappoint me. It was still funny as heck and every bit of a feel good movie. Stifler is still my favorite aside from the lead guy, Jim. He really brought the spice in the movie. 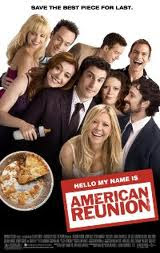 I’m so glad that the writers of this movie didn’t fail to give American Pie The Reunion a great story plot and combined with feel good music from early 2000 and some of today’s tunes, American Pie The Reunion is overall a must see movie especially if you’ve been a fan of the first three.
I was rooting for a Kevin-Vicky get together again like Chris and Heather but well can’t win ’em all. 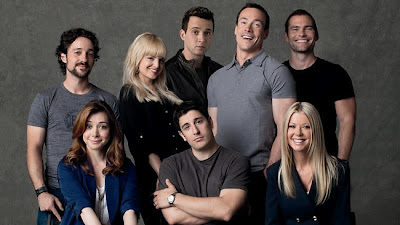