A Review of Netflix’s Locke and Key 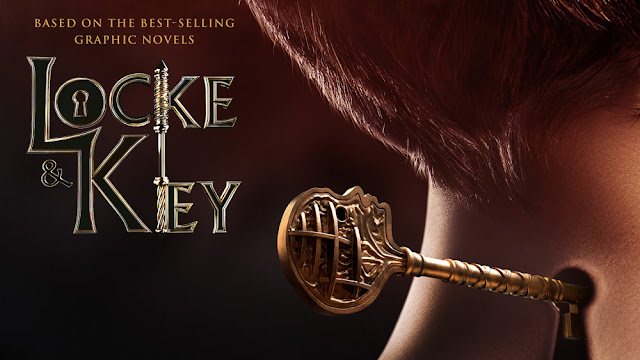 I’ve recently finished watching one of the latest series released by Netflix called Locke & Key. My friend, Rej, recommended the series to me, who’s a fan of fantasy series/movies, I gave it a try.

A quick Google search on the series and I found out that it’s an adaptation of a popular graphic novel, Locke & Key.

What the Story is About

Locke & Key tells the story of the three Locke siblings, who are forced to move into an old house in another town called Matheson with their mom following the murder of their dad. They soon discover that the house is actually full of magical keys.


Tyler Locke, played by Connor Jessup is the oldest of the three Locke siblings. He struggles with the idea of being popular and doing the right thing. He’s also battling guilt because he feels responsible for his Dad’s death.

Kinsey, played by Emilia Jones, is the middle child. She struggles with the idea that her fear paralyzed her from fighting back when her father’s killer went after them. Personally think she’s the most irresponsible of the Locke siblings because of her actions.

Bode, the youngest Locke, played Jackson Robert Scott, is the sibling that seems to be coping well in terms of moving on from the loss of his Dad. Being the youngest, he’s also the most adventurous among the three, easily and happily embracing the magical powers of the keys.

Is it Worth Watching?

There are times in the show that I found somewhat dragging particularly when the Locke kids (Tyler and Kinsey) are in school. They are in high school and it should be part of the show to establish that but well there’s an imminent danger from the well lady, aka Dodge, the characters seemed too focus on high school drama. So in a way the show drags on and for me it doesn’t reach the necessary intensity. But that’s my only gripe about the show.

I think story wise, fantasy lovers will enjoy that the show is able to show dark and light moments. I enjoyed the hunt for the keys – it’s kind of fun to watch as the characters explore the house for the magical keys and try to see what a particular key’s magical power might be. I found myself imagining what I probably would do if I found the Head Key or the Anywhere Key – these two keys are my favorite of the keys that have been discovered by the Lockes.

The Head key allows you to see inside your head while the Anywhere Key allows you to go anywhere provided you’ve seen the place before. I’d love to see what’s inside the heads of certain people I deal with on a daily basis and if I had the Anywhere Key, I’d go see the world. No plane ticket necessary. Just a door with a keyhole where I can insert the key in.😊

The dark fantasy side of the show? Well I dare you to watch the first couple of episodes and not be creeped out by the well lady. How about Kinsey’s fear brought to life and brought out of her head, attacking people she fears? And again, there is the murder of the Locke siblings father. It gets darker as you continue on the series.

Overall, I enjoyed watching Locke & Key. I hope Netflix renews this because I have quite a number of questions left unanswered. Plus they did end the first season with a cliff hanger.

All the TV Series that Got Me Through 2020