It had been raining Friday and Saturday this past week because of Typhoon Santi and that kind of weather called for staying in at the comfort of one’s home so I did. I stayed home with a good book for company. 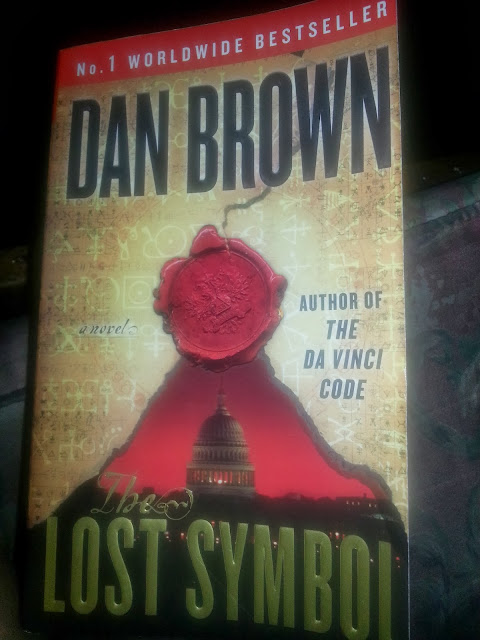 I know it’s been out in bookstores for awhile but I haven’t really done a lot of reading lately so… Anyhow, one Saturday while Bonsch and I were waiting for Ryan to arrive at Powerbooks, I chanced upon an open copy of Dan Brown’s The Lost Symbol and I decided to pass the time reading it.
The Lost Symbol is a follow up to Dan Brown’s best sellers – Angels and Demons and his first controversial book, The Da Vinci Code which were both turned into a movie starring Tom Hanks. I read both books too and between the two, I actually liked Angels and Demons more because it was a fast-paced thriller.
That’s what I loved about The Lost Symbol too. The first couple of chapters that I read at Powerbooks were already exciting and intriguing. A mysterious character joining a secret society for some seemingly evil purpose and somehow Robert Langdon was the key to the success of his evil master plan.
It’s a riveting read! At every turn of the page, I was always in suspense, excited to find out what was going to happen next to the characters. The Lost Symbol had me wondering who were the enemies? Was there more than one? Was there a conspiracy? Who could Robert Langdon actually trust?
I love the mysterious plot presented by the book and I have nothing but praise and marvel for Dan Brown for being able to write stories such as this – merging symbols, legends and history that are actually existing in real life and weave it all together into a great read!
Out of the three Robert Langdon adventures Dan Brown’s already written, by far The Lost Symbol is on the top of my list. I have yet to read his fourth Robert Langdon book – Inferno – but I definitely will. I’m waiting for the paperback version to come out before I buy it.