What Happens After Eden?

Love is always sweet in the beginning. But what happens to your world after you leave Eden?

This is the question that the story of graphic novel, After Eden, posed to its readers. If you’ve ever met someone and fallen in love, then you know that love can send you into a blissful state wherein you might feel like there’s nothing you couldn’t do especially when you’re together and nothing and no one can ruin the happiness you feel especially at the beginning of the relationship. 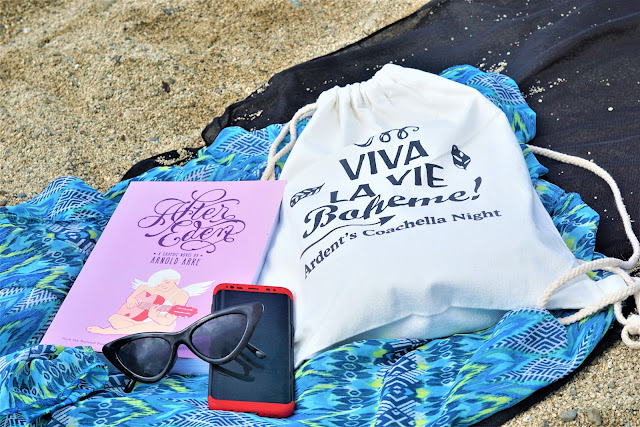 That’s how Jon and Celine felt when the two childhood friends meet again and get into a whirlwind romance. Suddenly their lives had color and more meaning to it. But keeping the love alive and getting their  relationship to last did not come without its challenges with angels and demons wagering who gets to control the world with the outcome of their relationship and their friends, Mike, Greg, Lea and Cathy not caring much for their new relationship as well. They wanted the old status quo back and they wanted their friends to stop playing matchmaker with them. So they conspire with each other to put Jon and Celine’s relationship to the test.
After Eden by award-winning comic creator Arnold Arre is one of his earliest works. In fact, my friend, Ryan, told me when I posted a story on IG about me reading this graphic novel, that he remembers reading this in the school library back in College. He loved the story. And you know I did too – this 2016 version at least because I have not read the first edition.
I like how creatively titled this was: After Eden. A colleague of mine asked me why it’s called After Eden and I actually wondered that too when I first got a copy of this graphic novel. The garden of Eden is used as a metaphor for love. Eden being the wonderful place created by God for Adam and Eve where they know nothing but joy and life’s simplicity. When Adam and Eve ate the forbidden fruit and banished from Eden, they are introduced to life’s hardships and negative emotions just like how one would feel when you break up with someone you love.

It’s a very relatable story as it’s so close to reality. I think that’s what I liked about After Eden the most. I felt the kilig as I followed Jon and Celine’s blossoming romance and I felt so sad when they broke up.

I have to say I also liked Greg and Lea’s story which is more of the more-you-hate-the-more-you-love kind. They cracked me up with their fights. But I also like how the story shows that while it seemed they were the kind of people who didn’t care for love, they would find that they just didn’t know better until love came knocking on their own doors.

These are some of the lines from After Eden that struck me:


Love is the biggest mystery of the universe. But why try to solve it when one can simply view it for what it is and marvel at the wonders and strangeness it brings?

I was once a sleeping child. But now I’ve opened my eyes. I chose to walk the path of ignorance and  this is the price I must pay. I was seduced by all the songs and all the poems about love being a magical place. So I entered. I saw in that place a castle in the clouds. And a price waiting for me at the gate. He brings me a magical forest. H kisses my hand and we dance till dawn breaks. But no there is no prince. No magical forest. No castle. There are no such things. I was once a sleeping child but now I’ve opened my eyes. Love songs have lost their meaning. Sunsets their beauty. The stars have grown tired of shining. The flowers have all wilted. There’s no more dancing. No more evening walks. No more staring at the clouds. No more wishing on the moon. No more birds flying overhead. No more soft whispers. No more laughter. No more embraces. No more. No more.

Out there is a season for you, but you’ll only meet it once. It stays for a while, then goes away. So don’t lose it. Hold on to it. Never let it go. Let it know that it’s loved. Let it know that you long for it.  Because when you do it will have finally found a home. And you’ll always have that season in your heart no matter what time of the year it is. Catch the season. Don’t look for a reason.

Maybe you’ve fallen in love and had your heart broken; maybe you’re in a happy relationship right now; or maybe you’re still waiting for love to come knocking at your door. In any case, I think you’ll enjoy reading this graphic novel. Yes it’s sappy and cheesy but well I’m hopeless romantic so… Seriously though, I recommend After Eden. You won’t regret it. 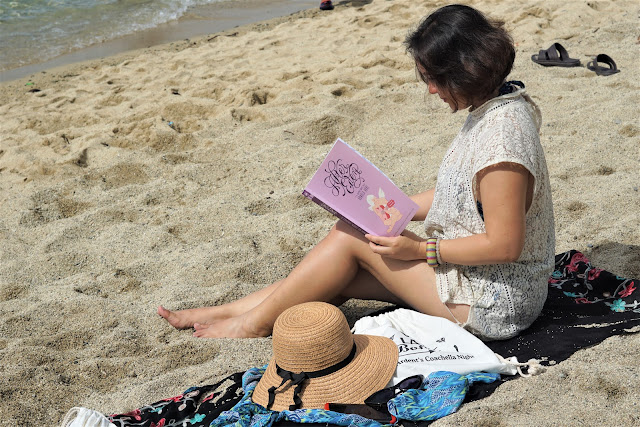 After Eden is available in National Bookstore and Fully Booked.

It Ends With Us: A Powerful Novel from Colleen Hoover