My 31st Birthday: A Party to Die For

I’ve always been fond of mysteries and solving puzzles. When I was a kid, my favorite books to read were Nancy Drew and a bit of Hardy Boys. Also read Encyclopedia Brown. Then in high school, I played Cluedo a lot with my friends after school. I also have this vague recollection of watching murder mystery movies/TV series – you know the one with the famous line “The butler did it!” And so I’ve had it in my bucket list to experience a murder mystery party ala Agatha Christie’s Murder on the Orient Express. I’ve even come as far as attempting to organize a DIY murder mystery party (not that I’ve gotten far on that).

What they do is they organize a private role playing game where you are the suspects, the victim and the culprit. They bring the mystery right to your doorstep or they can also set up a venue just for you. Murder Manila is from the same team that organizes Mystery Manila.

What will you get when you avail of Murder Manila? For the price that starts at Php8,000 for 8 people (additional Php500 for every person in excess), you’ll get the following:

Since it was my birthday, I chose to have the venue of the murder mystery at my house. Currently, Murder Manila has two murder mystery stories: Murder at the Mansion and Revenge at the Reunion. 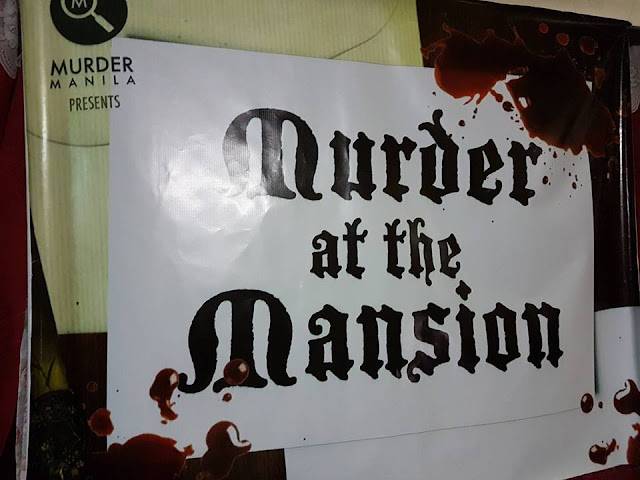 For this particular theme, this is the story: you received an invite to a mysterious dinner party where you don’t know anybody in the famous Mystery Mansion and the host is unknown. The night turns fatal when one of you gets killed just after dinner! And what’s even more frightening? The killer is one of you! So who could it be? It’s up to you to find out!

We started a bit later than the expected time since most of my guests arrived late. It was a rainy night. Really perfect for a murder mystery party though right?

Here is our gamekeeper explaining how the game was going to go. 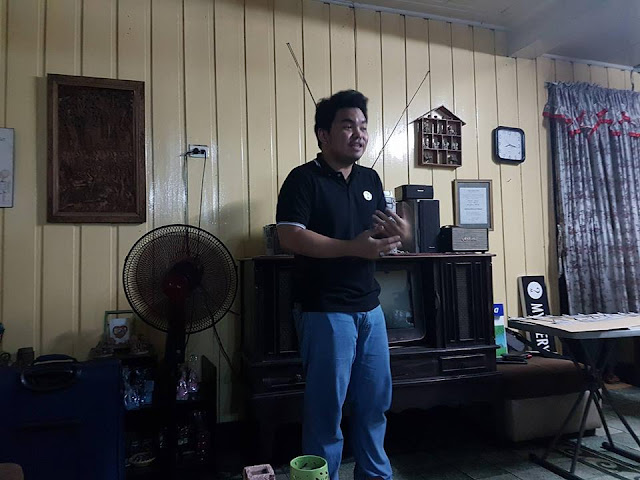 And my guests listening to the gamekeeper. 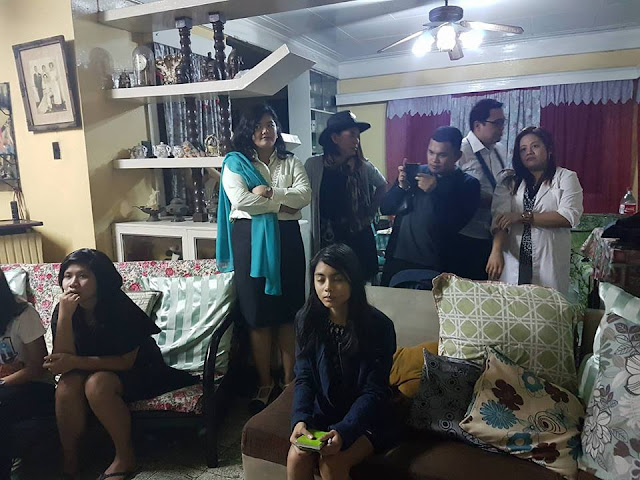 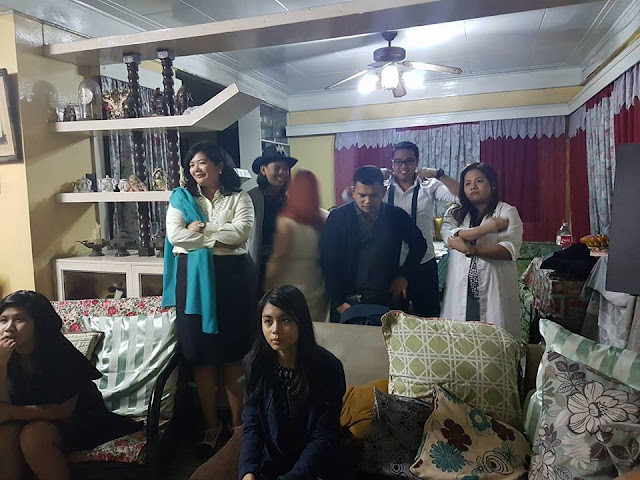 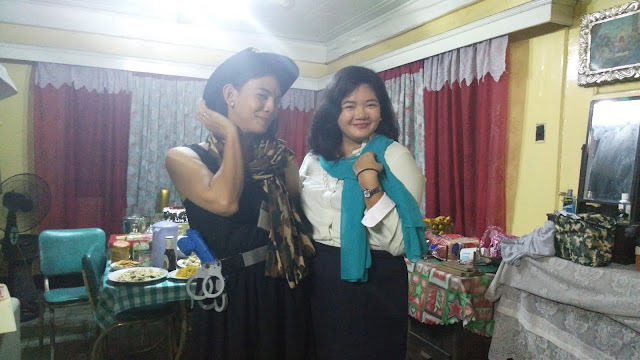 Some of my other guests weren’t able to make it on account that they got sick at the last minute and so I asked my teenage cousins and my friend’s teenage niece to participate in the game too! 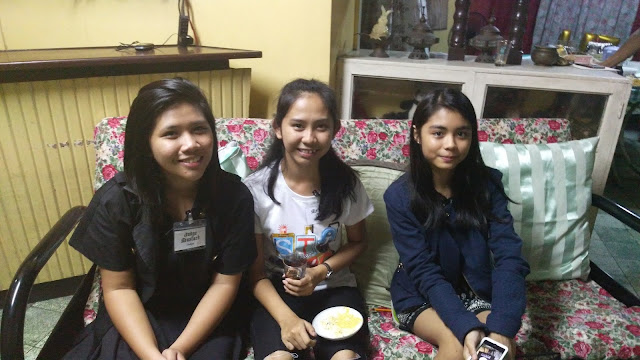 Here are some of the props:
Name tags for each of the guests and a brown envelope that contains the objective and mission of each participant. 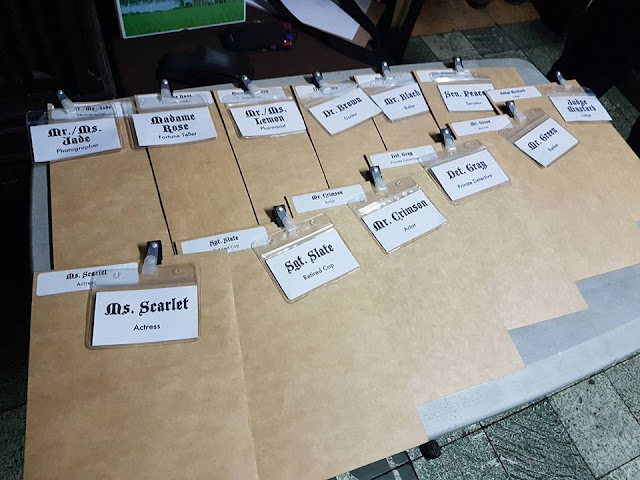 And the pile of evidence that one has to examine to solve the mystery. 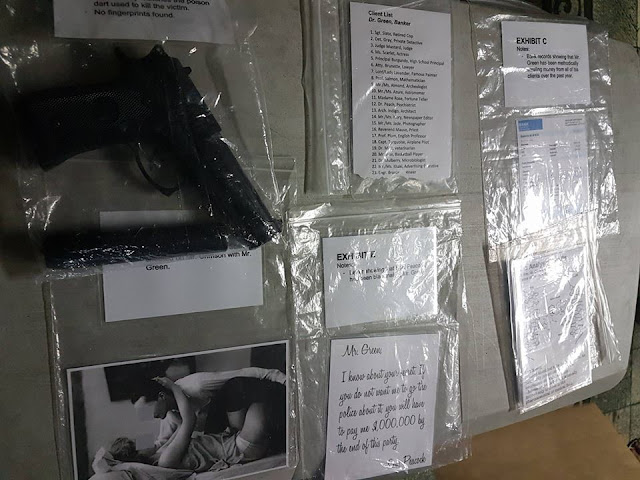 And here is Ver aka Sgt. Slate reading the evidence. I rated her acting 5 so she was definitely given a lot of air time. Plus she really made an effort to come in costume! So when it came to awarding best in costume, was there ever any doubt who would be awarded? (“,) 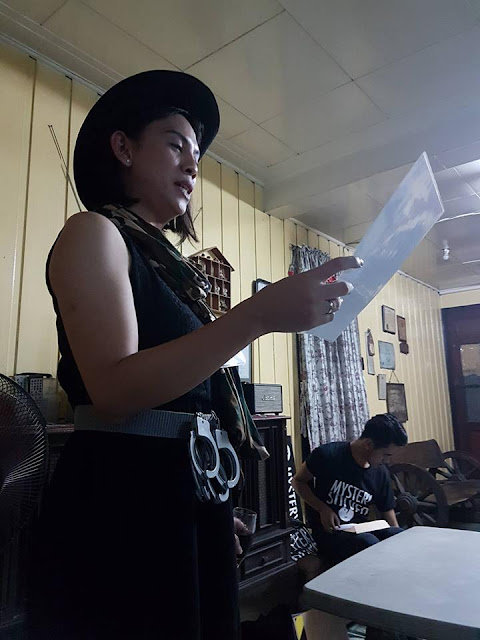 Most of the time during the party, no script was provided. You’ll have to adlib. A true test of one’s acting skills! Also you can lie, cheat and blackmail other players!
And so after two hours of playing the game, our mystery is SOLVED! Guess who the killer is? 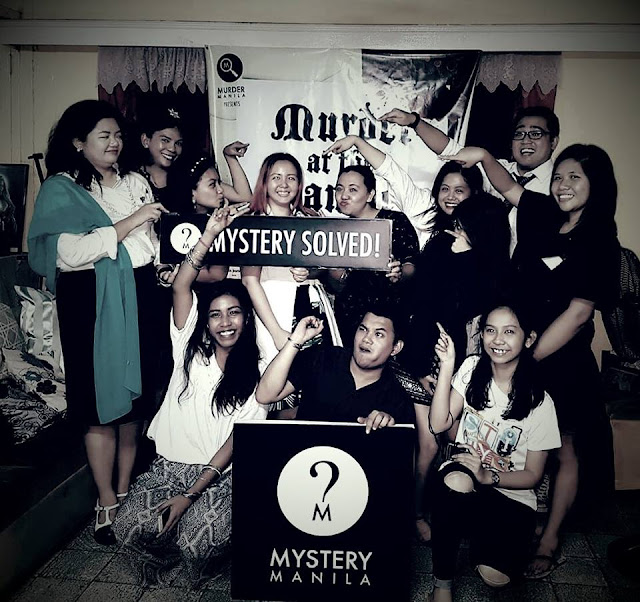 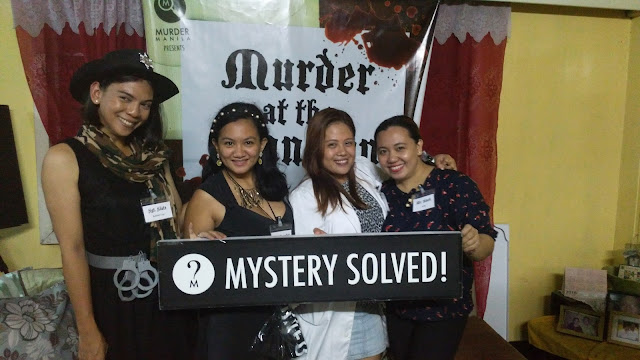 Maila’s the lone mystery solver. Not bad for someone who’s never played Cluedo in her life! 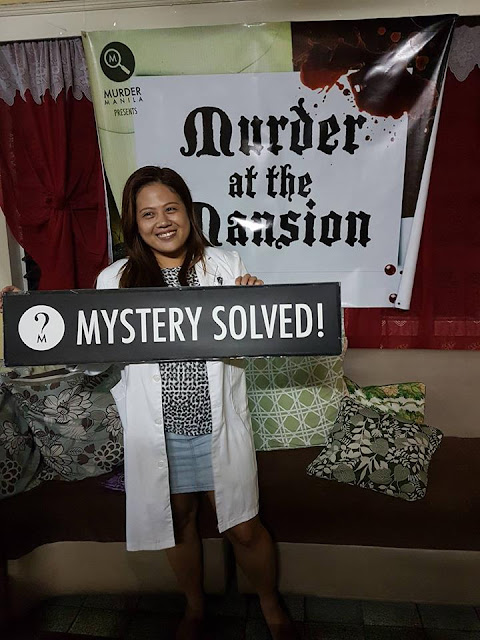 Each of the winner got a Mystery Manila shirt as an award. Here’s Anerine modeling hers. 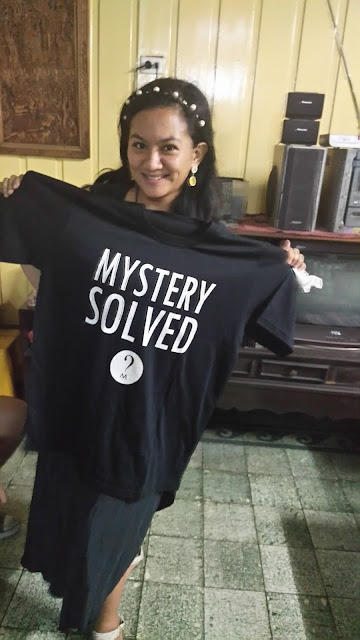 And this is me with my mom, the one who worked so hard to ensure we were all fed and satisfied with the food. 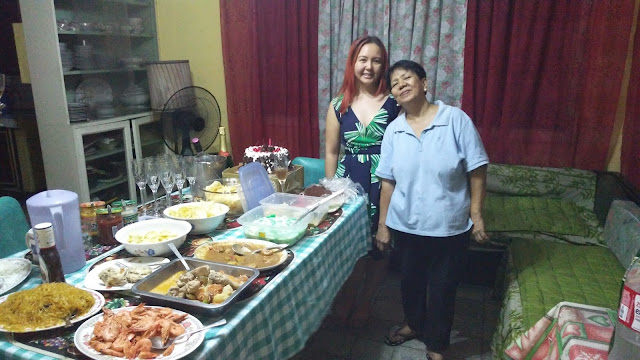 I am so glad I chose to throw a murder mystery party over a staycation. I honestly was hesitant at first to have a party because it means mixing my friends whom I’ve met on various stages of my life. Flashback to my 24th birthday – the first time I tried to throw a themed party. Oh what a struggle that was! I’m glad years later, that was no longer the case.
My friends and I enjoyed ourselves. I’m glad they were all very much willing to come in costume, act a part and most importantly socialize. They were a big part of what made the whole party as fun as it was! 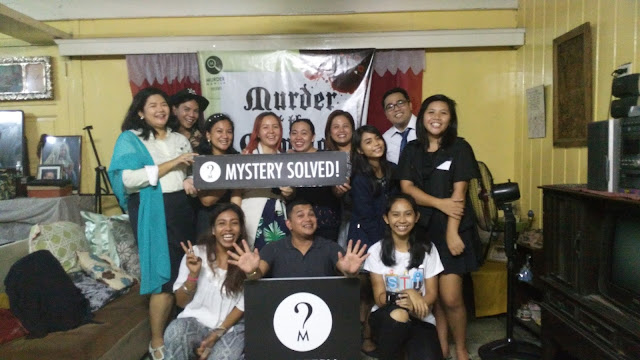 You can’t fake big smiles like those! Happy 31st birthday to me! 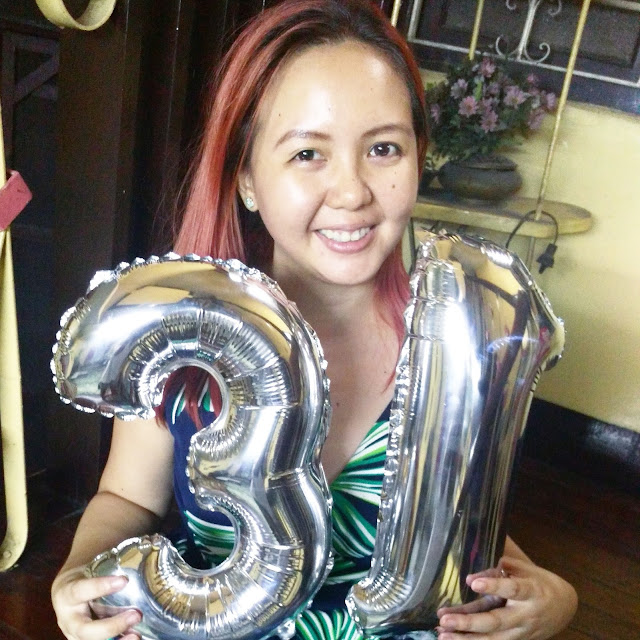 If you’re curious about Murder Manila or you’d like to experience it for yourself, check out their website. They’re very responsive. I just coordinated the whole thing with them through email, deposited down payment at the bank and voila! My murder mystery party was all set!
Next time I hope I get to try Revenge at the Reunion. And hopefully other murder mysteries they would be coming up with.

The Perfect Lippie for #MOMOL

Online Games that Reminded Me of My Childhood