Thoughts on One Direction Embracing a New Music Direction 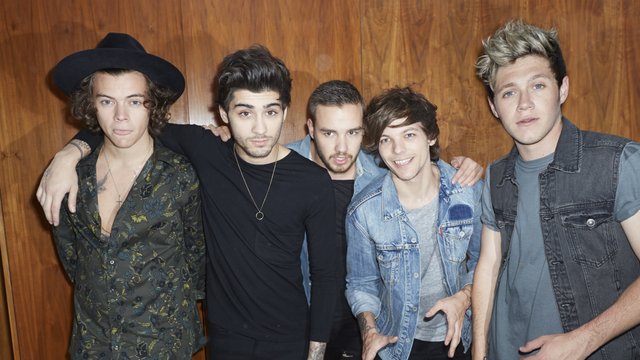 I loved One Direction. As someone who grew up in the 90s loving boy bands, is it any surprise really that I loved 1D? Their songs were kinda hard not to love anyway. But like so many boy bands before them, they parted ways and it all started with Zayn Malik leaving the group and pursuing a solo career. Who would’ve thought right? People including me always thought it would be Harry Styles who’d be the first to leave the group and go solo. That kinda reminds me really of the time N’Sync said they’re taking a hiatus and the next thing we knew, Justin Timberlake was releasing his solo album.

Anyway, 1D is back. Well, not as One Direction the group but as solo artists. So now I’m sharing my thoughts on their new songs.

Well it truly was a shock to hear Zayn’s new music when he debuted his new album, Mind of Mine post 1D. It was so far off from the songs he used to sing when he was a member of One Direction. From bubble gum pop to seductive and scandalous – he sang about sex and drugs after all. A music critic described his debut album as having similarities to The Weeknd which come to think of it is true. Zayn’s music does remind of that. I think the broody, yes-I’m-a-grown-ass-man-who’s-having-sex worked for Zayn really in shedding his boy band image.

He’s released a new single this year for his sophomore album, Zayn: Still Got Time.

This is definitely not The Weeknd music. It’s more Drake this time around. I like this song. It’s got a gentle and playful beat to it. And Zayn’s buttery smooth voice is just perfect as he sings to a girl, you’ve still got plenty of time to find and fall in love. Who wouldn’t swoon really? It’s far different from his first album that had the heavy beats where Zayn showed off his vocal range ability – particularly the high notes with his falsetto voice.

So Harry has finally dropped his first album after One Direction! While his first single from the album is Signs of the Times, I don’t care much for it. It’s supposed to be an anthem according to my friend, Fate who made a full review of his album. My favorite song from his album is Two Ghosts – a story about two lovers who were once in love but somehow drifted apart and are now just two strangers. I do believe this song is about Taylor Swift.

I agree with Fate’s review that this album shows off versatility. For this particular song, Harry reminds me of Robbie Williams. But critics say overall his album channels Mick Jagger. Either way, with his stage presence which he showcased again at James Corden’s The Late Late Show Carpool Karaoke, his fashion sense, his good looks and talent, I just know Harry’s going places.

In total, since 1D announced their hiatus, Niall has released two songs for his yet-to-be-named solo album and I’ve listened to both songs.

This Town showcases a post-1D Niall singing about a loss love on an acoustic guitar. Very Ed Sheeran. It’s a beautiful sad song.

Slow Hands is Niall borrowing a page from Justin Bieber’s book. It’s got a sexy and dance-able beat to it. Seriously sexy. Zayn’s songs are also sexy but like I said, his approach took the shock approach. Niall’s on the other hand pays tribute to his boy band roots. I would say Niall’s got a promising future especially if he sticks to the kind of music he’s creating now.

I’d like my geeky hot crush to sing this to me while we make out please! Ha! Ha!


Unlike the others, Louis has only dropped one song post 1D: Just Hold On, a collaboration with Steve Aoki. One critic says it seems like Louis is channeling Calvin Harris in this. Overall, I think it’s a cute song with a nice upbeat tune to it. The meaning behind the song is inspiring. It’s saying when you’re going through a rough patch, don’t give up. Just keep going. I enjoyed listening to this more than Harry’s Signs of the Time.

Last but not the least, Liam


Liam’s the last of the guys to release a solo album/single. According to an interview he did, he almost didn’t venture into becoming a solo artist. He thought of just sticking to song writing. But well opportunity knocked and he answered. As a first time try, I would say, Strip That Down isn’t so bad. Doesn’t this song remind you of Ed Sheeran, Divide album? Well that’s probably because Ed Sheeran wrote this song for Liam! That’s the opportunity that came knocking.

Ever since its release, I’ve been listening to this every morning as I get ready for work. It’s got a very cute and catchy tune but don’t digest the lyrics too much. When I did, I realized what a cocky, shallow song this is. Honestly. Liam singing about girls being all over him when he walks into a party, driving a Ferrari and stealing a girl from his man. No heart at all. For someone who wants to shed his boy band image and show he’s an adult now, Liam fails with this approach.

I would describe this as a hook up song where after the other falls asleep, the guy or the girl quietly slips out of the room, without so much as a goodbye or an intent to stay in touch. I can’t imagine Liam singing this to Cheryl, his girlfriend and baby mama. But like I said, it’s got a real nice beat to it so it’s no wonder it’s a hit song.

With all the guys venturing into being solo artists territory, I think it’s safe to say it’s truly goodbye to 1D. But I think it’s wonderful that they’re still around, releasing new music.