Around mid-December of 2017 (can you guys believe it’s already 2018?), I got invited to witness the opening of Makati’s two iconic parks – the Legaspi Activ Park and Washington Sycip Park. After seven months, the two most iconic parks in the country’s premier business district have been transformed into spaces where nature and art converge. The park redevelopment is part of Makati Commercial Estate Association (MaCEA)’s larger commitment to its greening projects and improve pedestrian friendliness in Makati.

I’m sure a lot of you – whether you’re from Makati or not – are familiar with Legaspi Activ Park. After all, this is where the Sunday market happens weekly. But more than just that, you’ll find that most people in who flock to this park are living an active lifestyle. 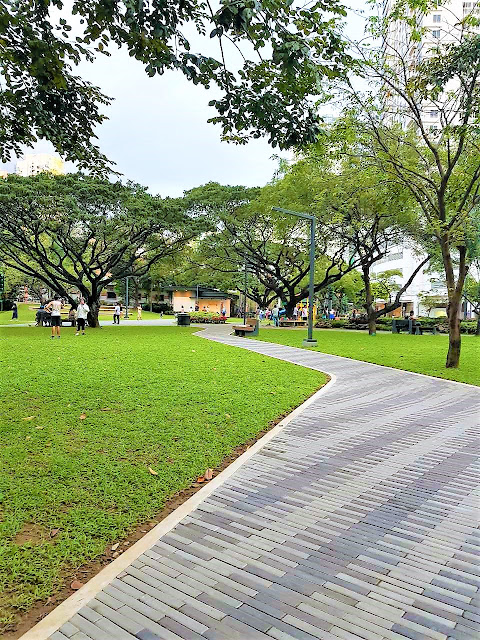 This park is even more spacious now than I remember and I think that’s a good thing. Now people can go jogging around the park better while someone else walks their dog around the same area. 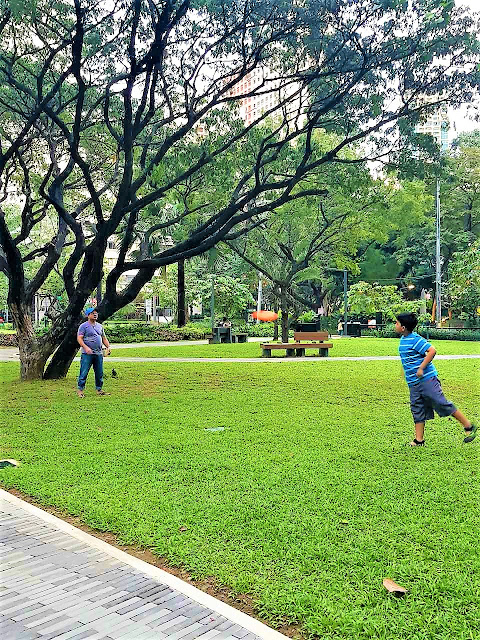 You can also play sports in this park just like this father and son whom I spotted playing frisbee. 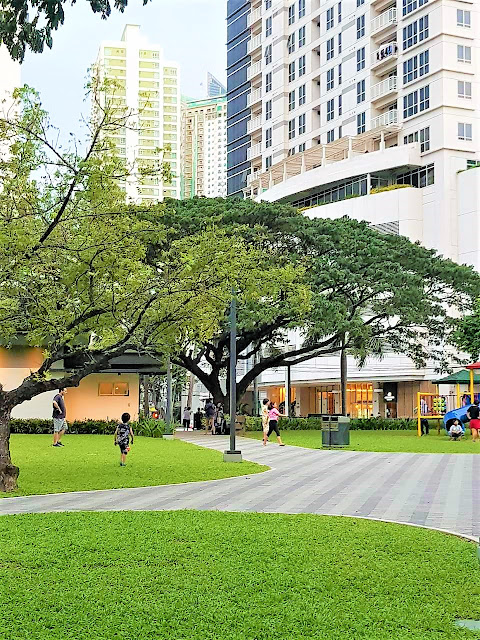 Feel free to roam around the park while the little kids enjoy the playground. 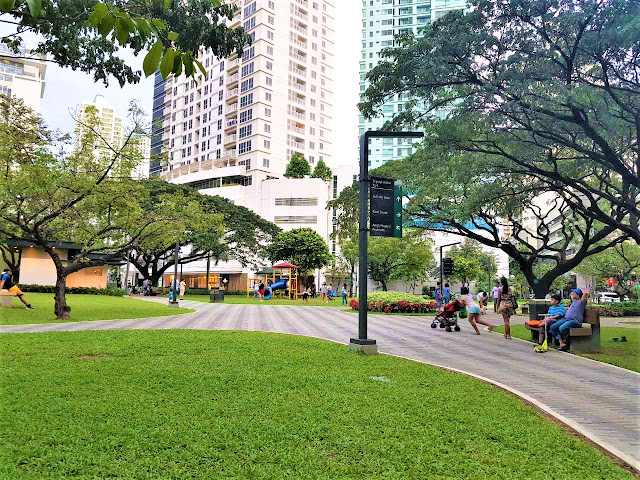 If you get tired of playing sports or jogging, you can sit on one of those wooden benches to rest as you enjoy the green view that surrounds you and breathe in the fresh air.

Washington Sycip Park which can be spotted across Legaspi Activ Park will give you a different vibe when you visit it. 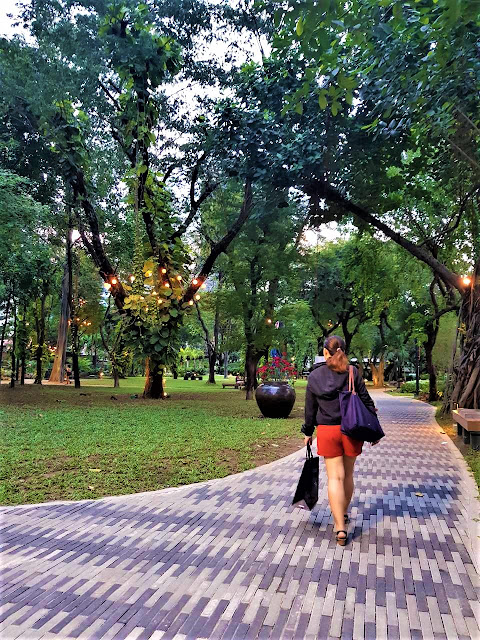 Unlike Legaspi Activ Park, Washington Sycip Park used to be a bit hidden from the public. It’s there but I remember big wooden doors in the entrance of the park. Because I was a working girl in Makati who liked exploring the city, I discovered this Japanese inspired garden. I used to seek sanctuary from a stressful workplace in this park because it was so quiet and not a lot of people hang around the place. 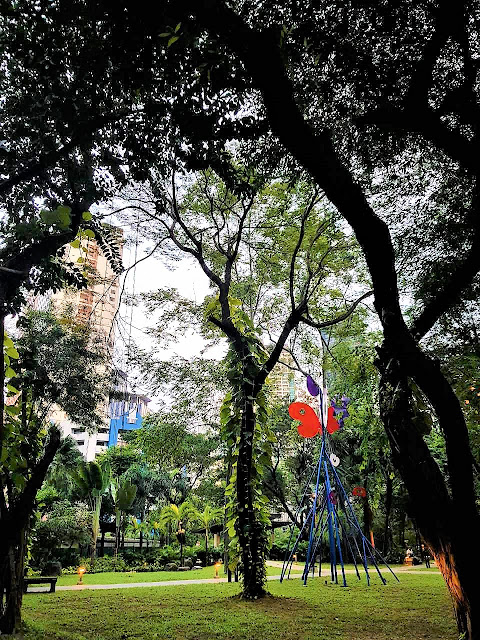 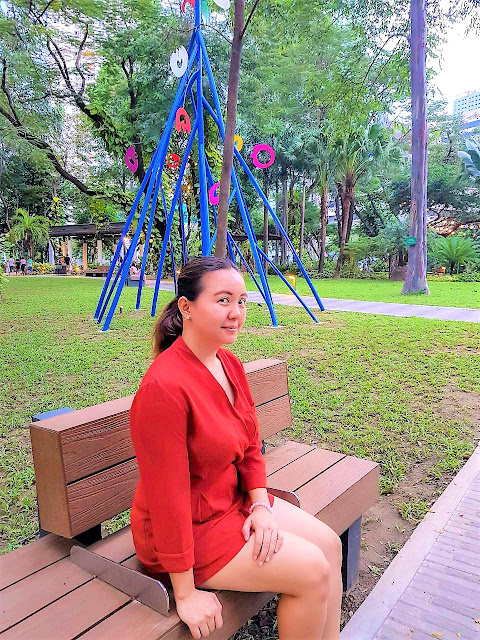 Here’s a confession: in my early working days, when I used to work for a very toxic workplace, I went in this park and cried my eyes out. I don’t cry in public. But I remember feeling so overwhelmed by negative emotions that day, feeling so hopeless and down that during my supposed lunch time, I went to this park instead to hide from the world – even just for an hour. So you could say, this park holds a special place in my heart. 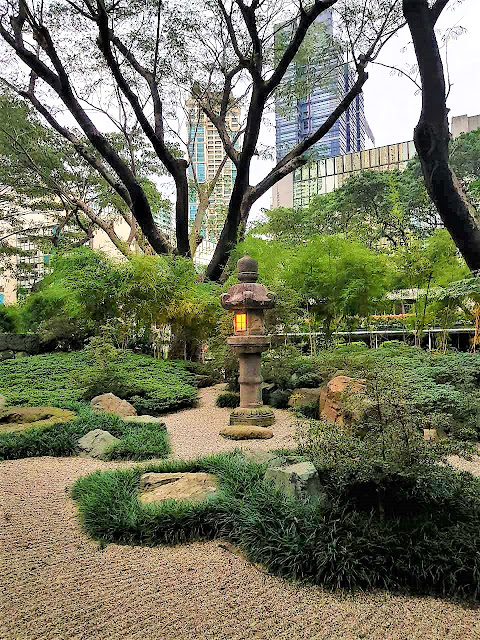 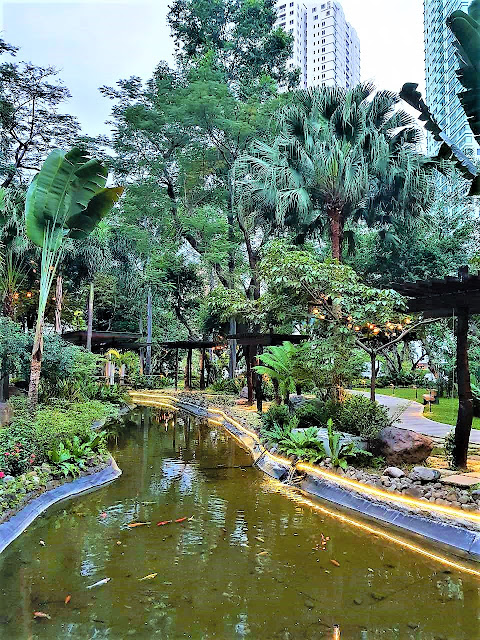 This koi pond adds to the relaxing feel of Washington Sycip Park.

I’m glad this park was reconstructed. I actually like that it’s now more open and inviting to people. In fact, it’s even nicer now that I couldn’t resist doing #OOTD around the place. 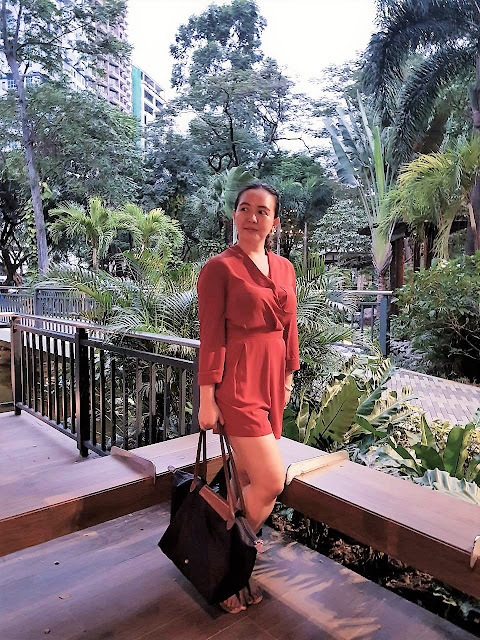 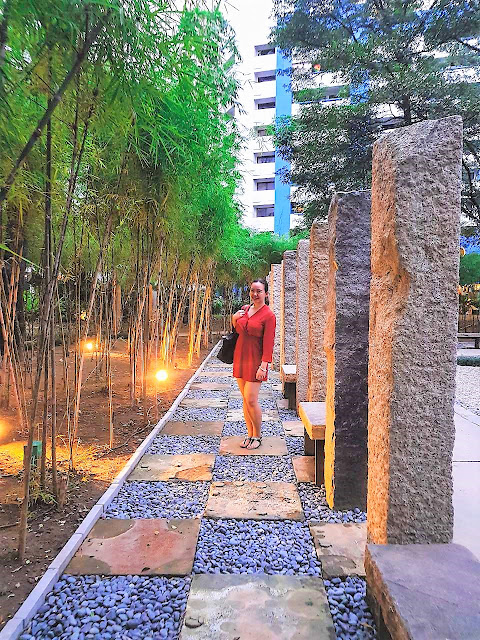 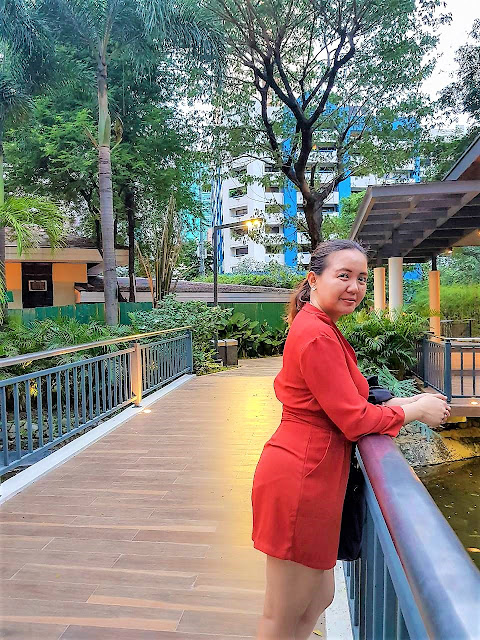 Wearing my orange romper from Zalora together with my Long Champ dark blue bag.

The park also feature sculptures by notable Filipino visual artist Impy Pilapil that add an artistic charm to the scene as well as notable words of wisdom and motivation by Washington SyCip, the business icon whom the park was named after, providing inspiration to parkgoers.

You’ll also notice that there are so many trees surrounding the parks. Some worth mentioning are Narra, Bagras, Mahogany and Acacia. The parks also feature jogging paths, clean restrooms, an ampitheater and pavilions where you can relax and destress. Park entrances and exits were added to provide access along natural pedestrian paths.

“The redevelopment of the Legaspi Active Park and Washington Sycip Park is part of our bigger initiative, which is to revitalize the Makati CBD. Along with the greening projects is the commitment to enhance walkability, upgrade infrastructures and sidewalks, as well as increase security features in Makati CBD,” says Mr. David L. Balangue – President and Chairman of MaCEA.
As a primary mover of the city’s development, MaCEA is taking active steps with a set of redevelopment projects in store to keep the district resilient and relevant.

Together with the renewal of Legazpi Active Park and Washington SyCip Park, MaCEA has accomplished a long list of greening projects in order to provide its community and its guests a wider breathing space that can compliment the distince Makati vibe. Some of their recent project included the installation of the green patios and the Amorsolo Greenwall, as well as the landscape improvements.

“A sense of community spirit in Makati is being strengthened with better venues for community events, art exhibits, and general public services such as dental and medical missions of Brgy. San Lorenzo ” adds Arch. William V. Coscolluela – Vice President and Chairman of Special Projects Committee of MaCEA.

Legaspi Activ Park, LIZ in the city, make it makati, parks, things to do in Makati, Washington Sycip Park
Share :

How to Lounge in Style: My Stay at Home Fashion

Weekend Spent at the Mind Museum