I kicked off the year with a wedding in the family and that’s how I found myself in Quezon Province recently. I think a wedding is a good way to start the year, don’t you think? 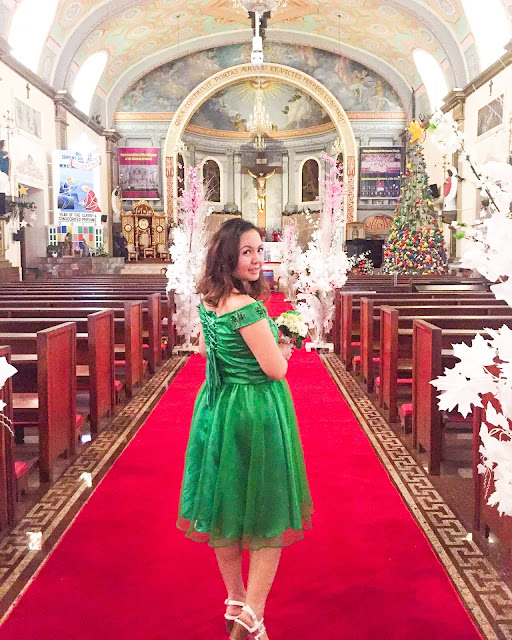 I was part of the entourage as a secondary sponsor in charge of placing the cord on the couple.
But even if I wasn’t part of the entourage, I would have gone with my mother to Quezon anyway just to witness the wedding. It’s quite a big occasion. Not just because it’s a wedding but because the groom, my cousin, is the eldest among us and the first to tie the knot. 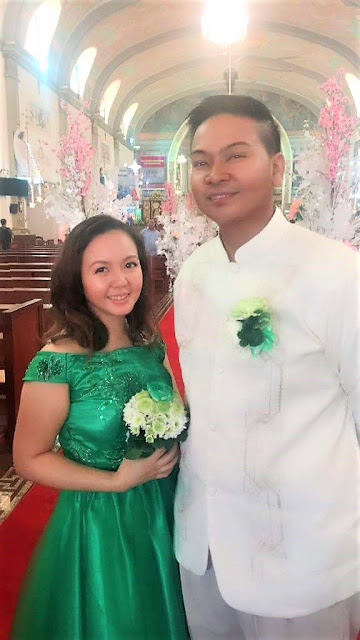 With the groom, my Kuya Neil
The wedding became a family reunion for us as well with cousins and siblings alike joining the momentous occasion. 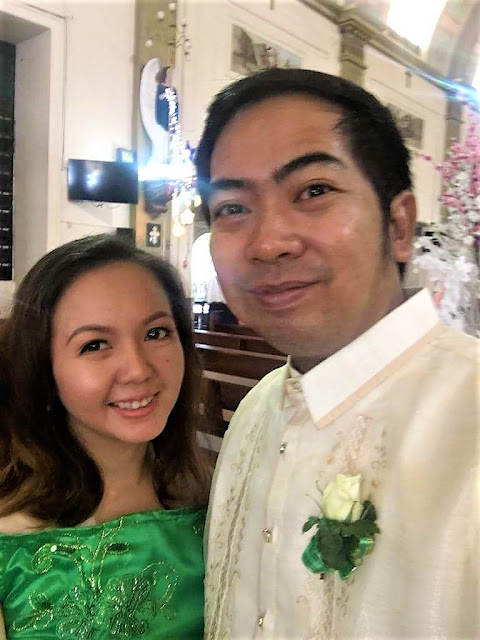 With the best man and younger brother of the groom, Mark
For a time, there was just us three – my Kuya Neil and Mark. I remember them spending summer vacations in Manila with me. Considering I’m an only child, I always looked forward to them coming to Manila because it meant I’d have playmates. My parents didn’t like me going out to play with the neighborhood kids back then since they liked playing on the streets. Although it was Mark who played with me more often then. Kuya liked watching TV more than playing!
After awhile though, the family grew bigger with my other uncles having kids of their own and Kuya Neil and Mark’s parents, my aunt and uncle, having another kid. 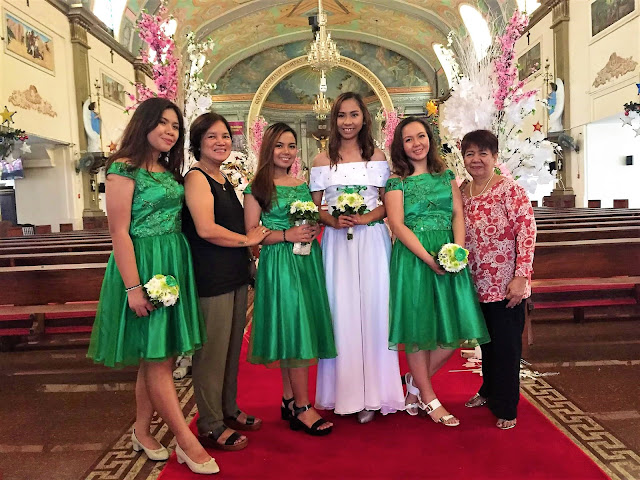 With my aunt, mom and cousins Ricca, Cathy and Dianne 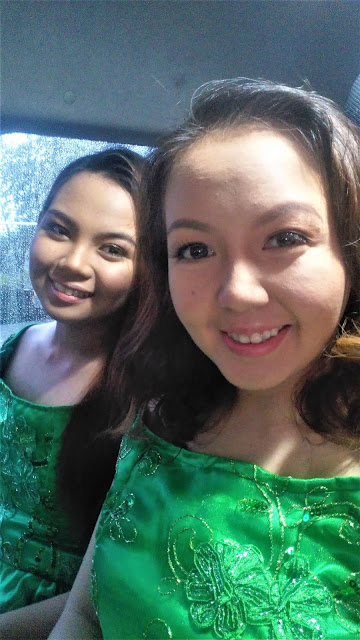 Selfie with my younger cousin, Cathy who was also my photographer for the day! Ha! Ha! 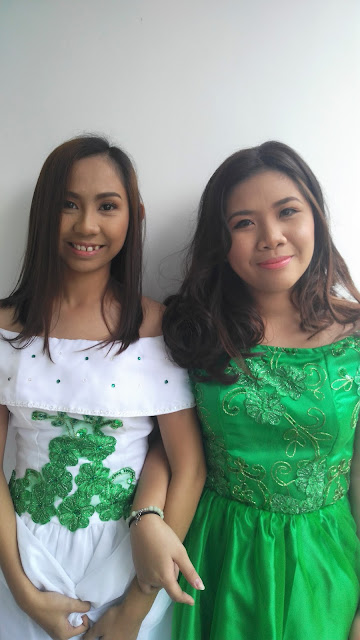 My lovely cousins, Dianne, the maid of honor and Ricca, also a secondary sponsor 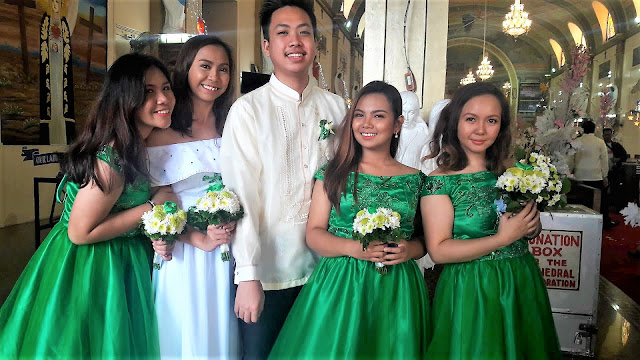 My cousins are all grown up now! I remember when they were just kids. Whenever Ricca, Dianne and Alric would come over to our house for vacation, they’d ask to join Mark and I as we played board games and Mark would always tell them it was for older kids only. Cathy, on the other hand, used to be such a suplada little girl! Whenever her family came over to visit on Christmas or New Year, she’d always have a scowl on her face and that menacing look that said “Stay away from me”. Oh and look – they’re all taller than I am now!

My mom also reunited with her siblings and met some of her cousins who came all the way from Pangasinan. Apparently, it has been super long since they last saw each other since she couldn’t remember them instantly. My mom, Miss Congeniality, had to be reminded who she was speaking with. “Ako si…. anak ni…”; “Siya si… Anak ni…naalala mo na?” – these were how every conversation started with them. And after awhile, the conversations turned to reminiscing “Naalala niyo, nung bata pa tayo, lagi tayo…” and “Dati di ba nung mga bata pa tayo hilig natin…”

And of course hindi mawawala yung question, “San yung anak mo?”; “Anlaki na pala, anu? Dalagang dalaga na” and “Ilang taon ka na?” Whenever I heard the latter question and I tell them, “32 po”, I found myself bracing for the inevitable follow up questions “May asawa ka na ba, iha?”; “Kelan ka mag-aasawa?”; “May boyfriend ka ba?” specially since I was the second eldest among cousins.


To my surprise, those questions never came up along with statements such as “Mag-asawa ka na. Di ka na bumabata” ; “Dapat magka-asawa ka na. Mahirap na magkaanak habang tumatanda.” My relatives were behave! Thank goodness for that!

I’m not close to the bride. Actually considering how rare I went to Quezon, I hardly knew the bride. It was only at their wedding reception where I even found out how their love story began and how long they’ve actually been together which is a love story 11 years in the making, 9 of which was spent apart since my cousin went to work in Macau. Amazing, isn’t it? I guess if your love is strong and the people in the relationship are willing to work on keeping that love alive, it’ll stand the test of time.

And because I was all glammed up that day and in my fave color no less… #OOTD! 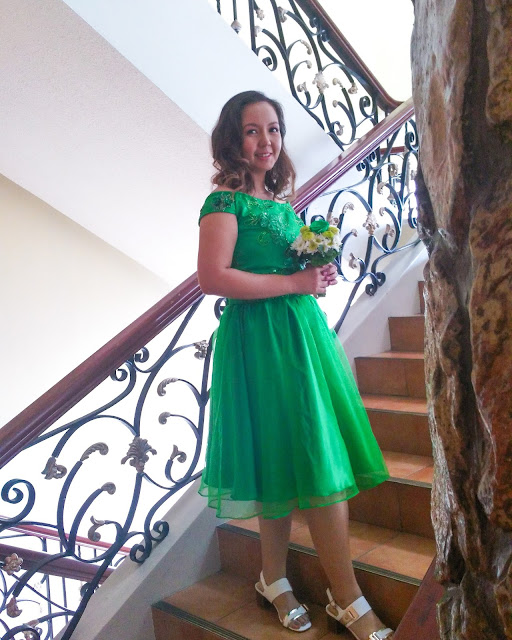 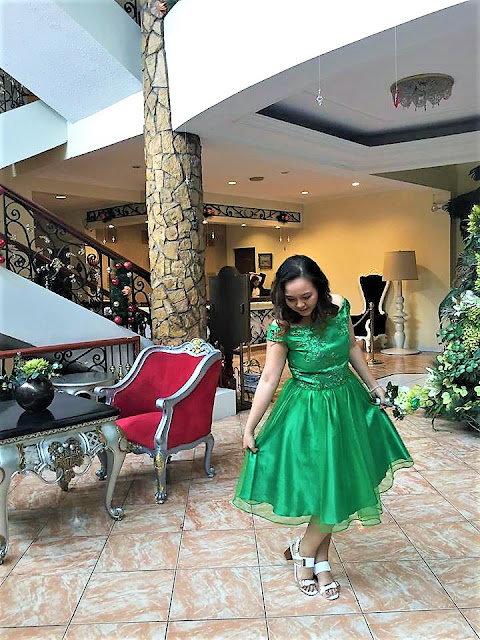 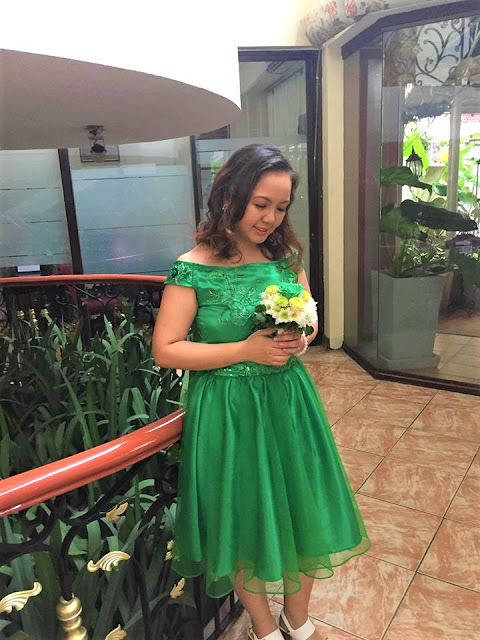 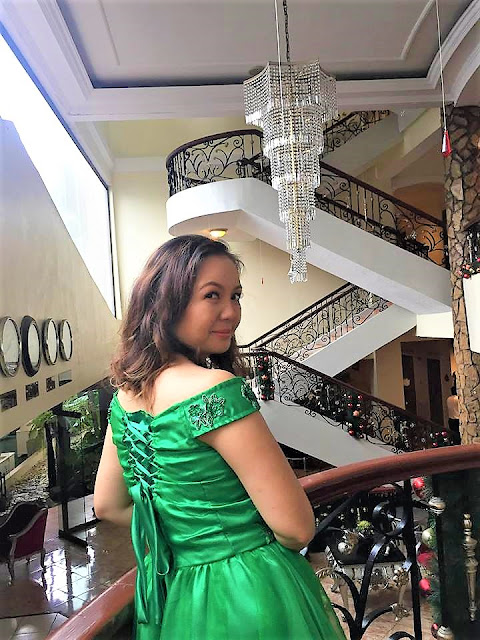 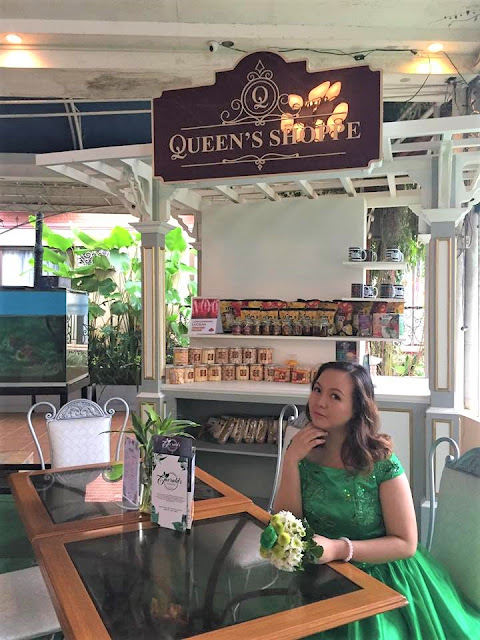 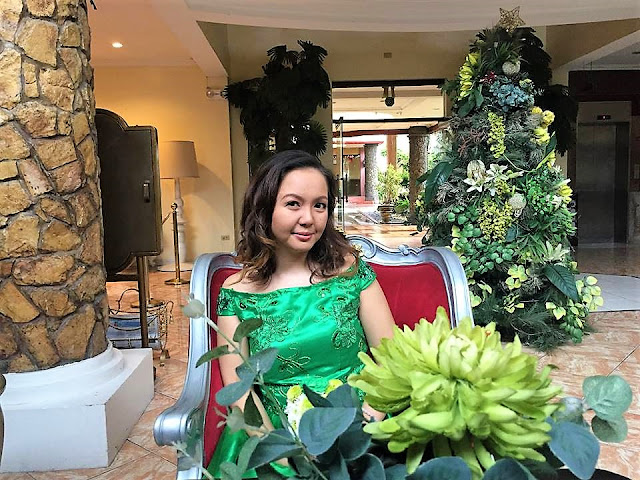 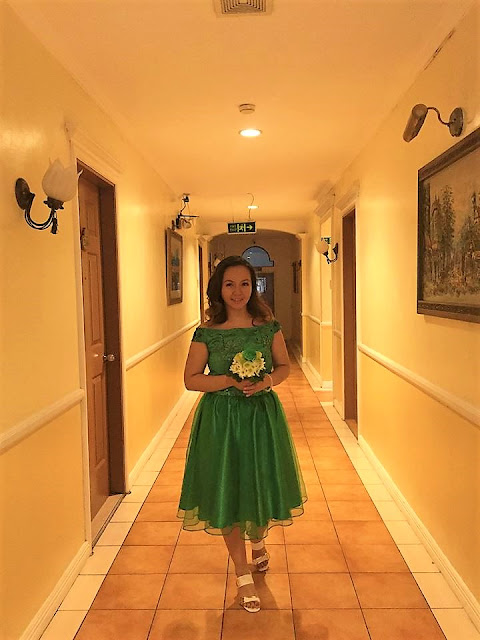 At the church while we waited for the wedding to start 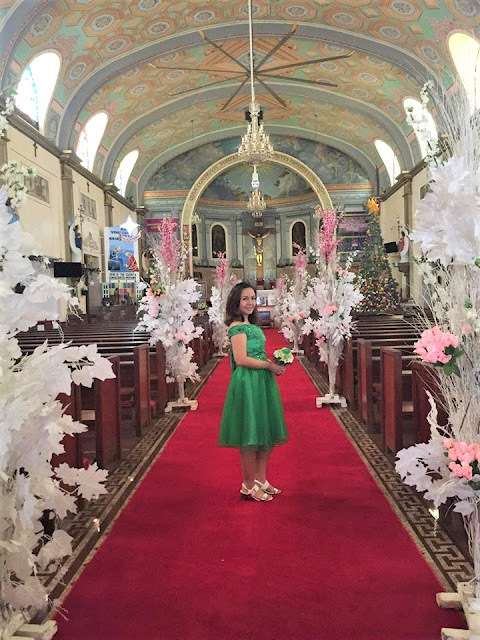 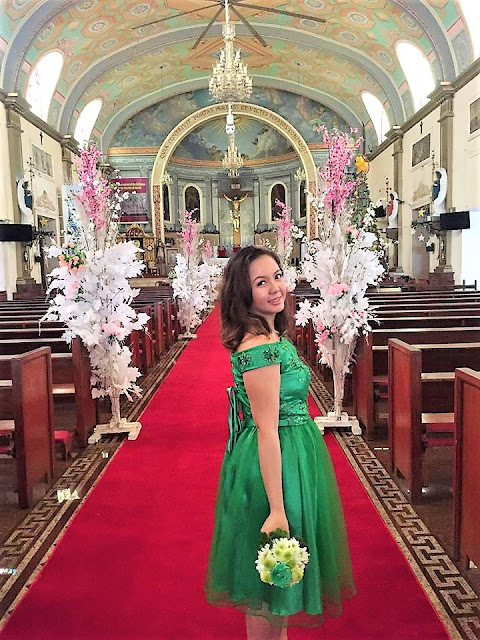 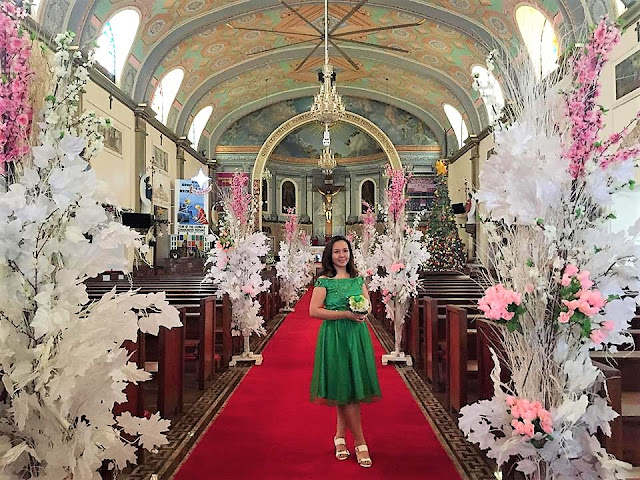 And at the reception 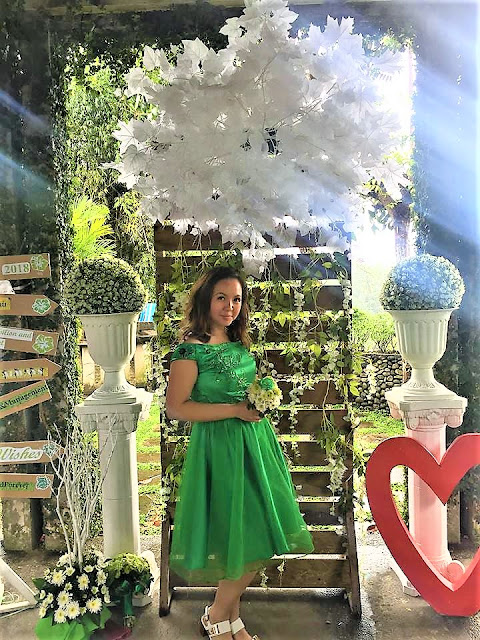 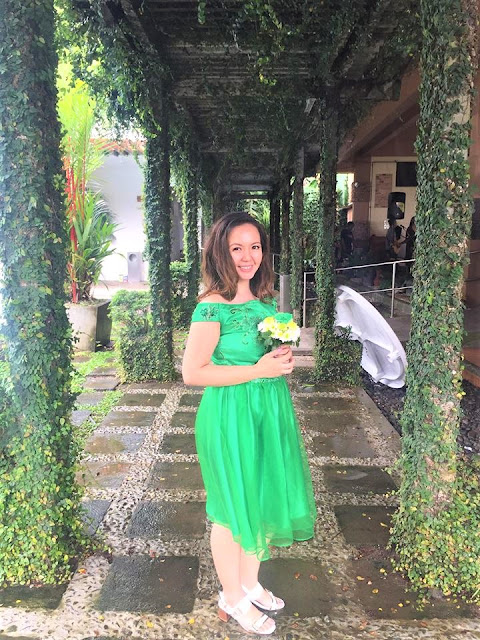 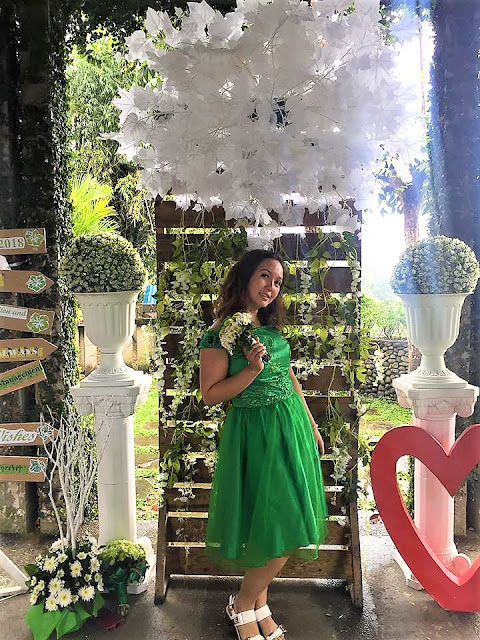 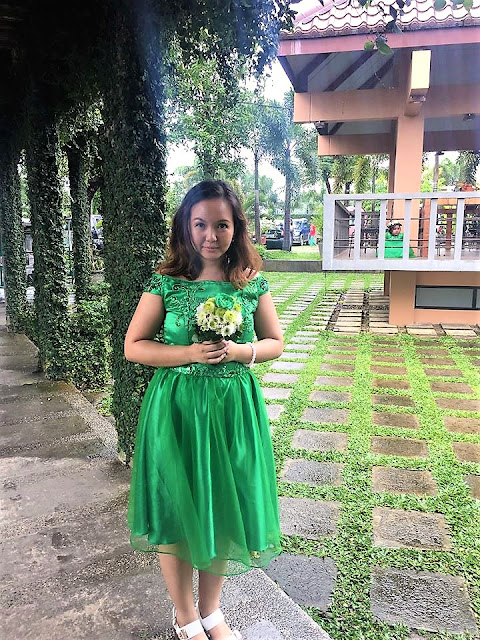 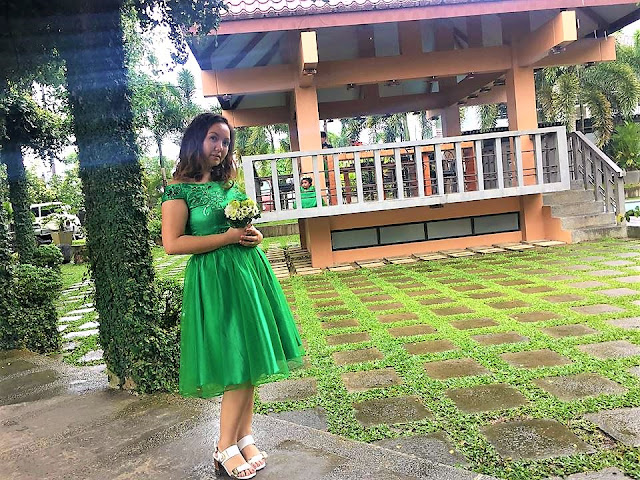 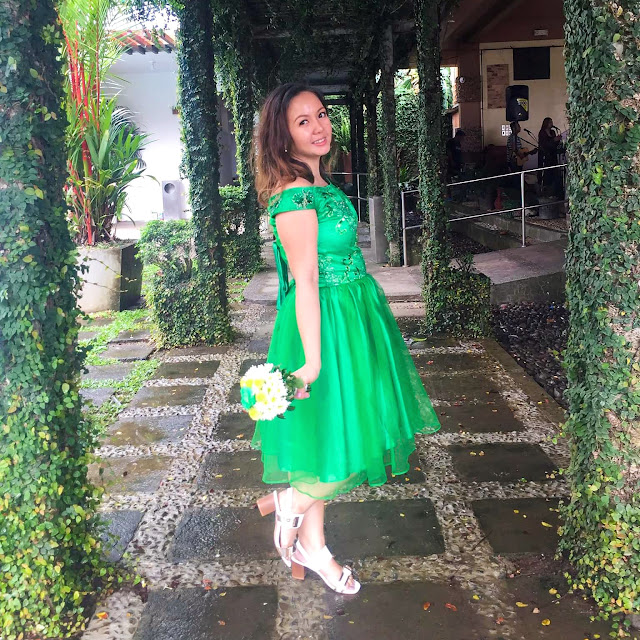 Now that the eldest among us cousins has settled down and I being the second eldest, am I next to walk down the aisle? Not just yet guys! I still have to meet the guy for me. Of course I hope he’s out there somewhere. But until I do find that foot popping kind of love, then, I’m just going to enjoy my life, one #OOTD and adventure at a time.

How I Stay Motivated to Workout at Home