by Liz
No Comments
0 Like
I pledged to read 12 books this 2018 for my GoodReads Reading Challenge. One of the books I recently finished is Dan Brown’s Origin. It’s the fifth novel from his Robert Langdon series which I am such a fan of! Yep, I’ve read all of them – Angels and Demons, The Da Vinci Code, The Lost Symbol and Inferno. Pretty sure some of you are familiar with the titles I mentioned too since The Da Vince Code was such a controversial book for the Catholic Church plus three out of the four books I’ve mentioned have been adapted into a movie starring Tom Hanks as Robert Langdon (love him for the role!).
Anyway, so back to Origin. In the story, Robert Langdon finds himself in Spain, at the Guggenheim Museum attending an event hosted by his former student and friend, billionaire and futurist Edmond Kirsch. The latter’s event was to reveal his discovery, a breakthrough that will answer two fundamental questions of human existence and will change the face of science forever. But then the evening turns into chaos and forces Langdon to escape Bilbao together with the gorgeous museum director, Ambra Vidal.

The two fundamental questions: Where do we come from? and Where are we going? 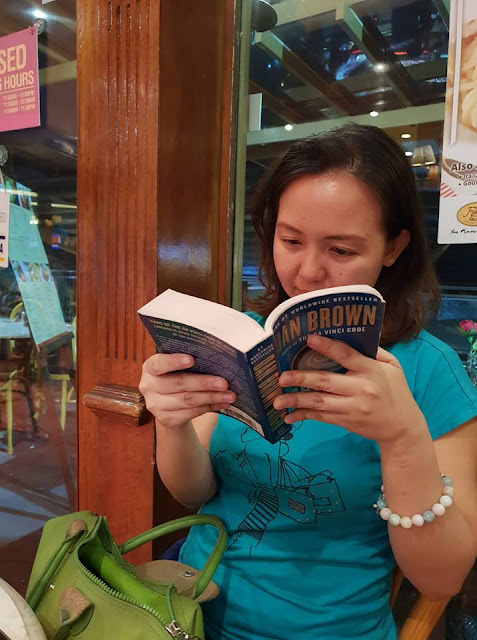 As you know, when it comes to the first question, science and religion have different answers. Religion says an omnipotent being is responsible for our existence here on earth. Everything from the night and day, water and plants, the creatures that walk the earth and of course, us, mankind were created by the one we call God. Science explains it with the most famous creation theory, Charles Darwin’s Theory of Evolution and Natural Selection.

As the story goes, both questions will be answered. Personally though, I was not blown away by the answer to the first question. It was more like “well, okay. That’s interesting…” The second question is more intriguing for me. In this day and age of technological advancement, we find ourselves asking “Will machines replace human beings?”


Because as the story goes, Robert Langdon finds himself depending on Winston, whom one would think was a British guy speaking at the other end of the phone line but turns out to be a super computer built by Edmond Kirsch as his assistant. After his friend is murdered, Langdon, together with the gorgeous museum director, Ambra Vidal, set out on a mission to discover what Kirsch was not able to reveal to the world so they can finish what he intended to do.

Artificially intelligent computers are not new anymore but they keep leveling up thanks to this day and age of technological advancement. Doesn’t it amaze you, the things computers can now do? Here are ten powerful examples I found.

But at the same time, it can be scary to think of because a true artificial intelligent system can learn on its own like Winston did from the book. If it can learn, it can get smarter. It can adapt. It can get better. Who knows what it can do with knowledge it can acquire, right? Although I know right now AI is still young and far from what the Hollywood movies and TV shows depict.

Origin is a highly entertaining and intriguing read. There’s still the conspiracy theory to it aside from the technological aspect of the book – did the religious, represented by Bishop Valdespino, in this book, give the order to kill Edmond Kirsch? Were the religious leaders so fearful that the faithful will question their faith and perhaps lose that faith in God once they find out the groundbreaking discovery of Edmond Kirsch? Was it someone from the royal family of Spain that wanted Kirsch dead in order to protect religion? As for me, I had my suspicion though from the first few chapters as to who is responsible for the murder of Kirsch. And it’s a disturbing idea.

I would love to see this turned into another movie. I think it’d be another exciting watch on the big screen with Tom Hanks reprising his role as Robert Langdon. Meanwhile, do read the book! It’s everything you’d hope for a Robert Langdon novel – beautiful locations (Guggenheim Museum, Sagrada Familia, Madrid, Barcelona…), an intriguing mystery to solve, a touch of history, and of course the mad dash to the reveal of the secret. 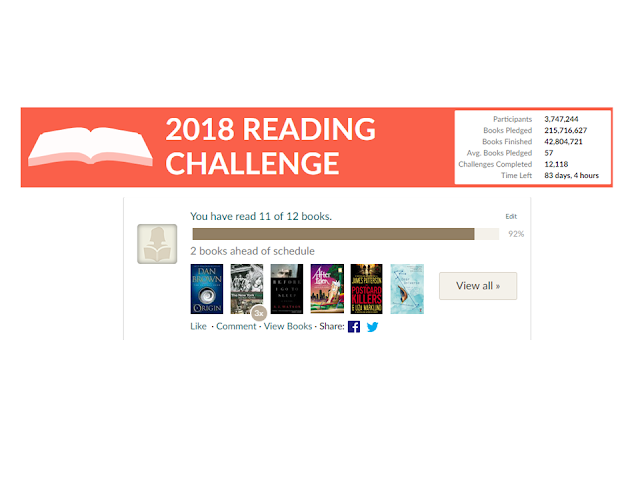 With Dan Brown Origin now added on to my read list on GoodReads, I am now just 1 book away from reaching my reading goal.

Recent Reads: Belong to Me and Everyday

As Highly Entertaining to Read as it is to Watch: The Devil Wears Prada