The month of October means Halloween! So it’s not a surprise that scary shows are aplenty! In fact, I just found out SM Cinema is holding a scary movie flick fest called #SineSindakatSMCinema. Eight (8) movies from all over the world will be shown and you can watch them all for only Php199 all day pass for all eight films. Scary movie marathon anyone?😊

But if you prefer to watch scary shows at home (in the dark with nothing but the light from your computer screen or TV illuminating the room), well why not? Streaming sites such as Netflix has a number of best for Halloween shows that may or may not scare the crap out of you. One of these shows – which I’ve been seeing all over my Facebook newsfeed – is The Haunting of Hill House. ‘Tis the season for scary flicks after all so I checked it out for myself and here’s what I can tell you about it.

What it’s about
It’s the story of a family, the Crains, who temporarily moves into the old Hill House mansion together with their five children: Steven, Shirley, Theodora (Theo) and the twins Eleanor (Nell) and Luke on the summer of 1992. When they start to experience paranormal events happening in the house and suffer from a tragic loss, they are forced to move out of the house. The story shifts from telling the family’s stay in Hill House Mansion to decades later, after they’ve moved out and far from the haunted mansion.
What I liked
It’s a 10 episode series and not just a two hour scary film because it’s more than just a Netflix show meant to scare the wits out of you. To be honest, at first I was starting to get bored with all the bickering among the characters but as the layers of the story unfolded, I found myself becoming hooked until I finished the entire series. I retired to bed at 3 in the morning last Friday to finish this.
The Haunting of Hill House is not just about a family dealing with paranormal events in a very old and very isolated mansion but it’s also full of family drama from children dealing with their estranged parent; money issues among siblings and drugs to name a few. You’re not just going to scared. You’re going to be intrigued to know more. But it has it scary moments. Wait for Episode 5: The Bent-Neck Lady and Episode 6: Two Storms.
1) Hotness Alert

I would like to just say the Crain family had good looking hotties among them. Case in point, my girl crush, bad ass lesbian, middle child, Theodora or Theo for short played by Kate Siegel. She’s very pretty, isn’t she? But she’s also the tough and brave one among the five Crain children. She’s the one who’s not afraid (or maybe she is) to go down the depths of a secret cellar, a basement and the workroom of Harris Funeral Home – her older sister, Shirley and her husband’s business side of the residence. She defends the helpless like her brother, Luke, whose parents didn’t want to believe him when he said he saw a scary creature in the bootleg cellar.
And then there’s Luke Crain played by Oliver Jackson Cohen. Sure he’s all messed up and he’s a junkie – you’d probably be too if you kept seeing ghosts when you were a kid. BUT! Everytime he comes on screen, with those eyes, I just want to reach out and take him in my arms and say, “Hey it’s okay baby. Let me protect you. Let me love you.” LOL! Too damn hot. 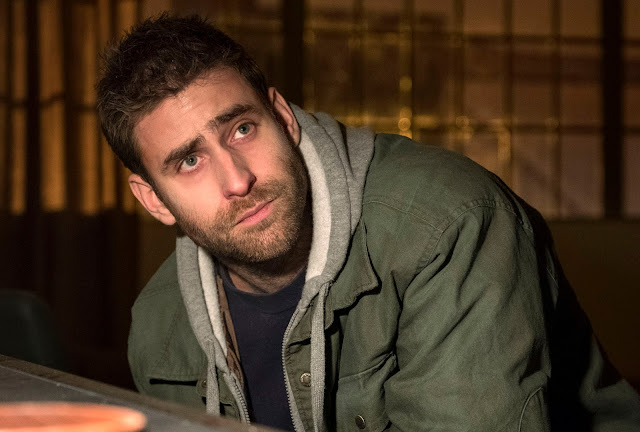 Steven – So Darn Relatable to Me

Steve is the oldest among the five Crain siblings. He’s made his living from writing about paranormal experiences of other people. His most popular novel of course is one based off from his own family’s experience: The Haunting of Hill House. But while he writes about them, truth of the matter is, he’s a non-believer. For him, all the things that his siblings, Nell and Luke, his mom and even his Dad, all their paranormal claims about Hill House are really just a result of a sickness. Mental illness.
I don’t believe in ghosts either. When my friends or work colleagues (they say our office building is haunted!) claim they’ve seen a ghost or felt the presence of a ghost, I always have a logical explanation for it.
I remember this one particular incident in College when we were sent out of town for an immersion, – and the place we stayed in was also seemingly isolated – my friend, Jackie and I stayed up real late just chatting. Up to the wee hours of the morning, we were wide awake and we thought we weren’t the only ones up because we could hear a couple more voices seemingly also chit chatting. Then Jackie calls out to them and when we got no response, we looked over on the bedroom floor and saw that surprise! We were the only ones awake. No one else was sitting by the window sill. Because Jackie became freaked by that, we decided to go to bed but not to sleep! We still wanted to keep on talking. Then we heard some low growling (?) from above our heads. We didn’t dare look. We closed our eyes real tight, held hands until we fell asleep and it was morning again. I was initially scared. But by day light, when Jackie was starting to tell the story to our classmates, I already had some logical explanations for it.

These Kids Are Just So Cute!
Young Nell 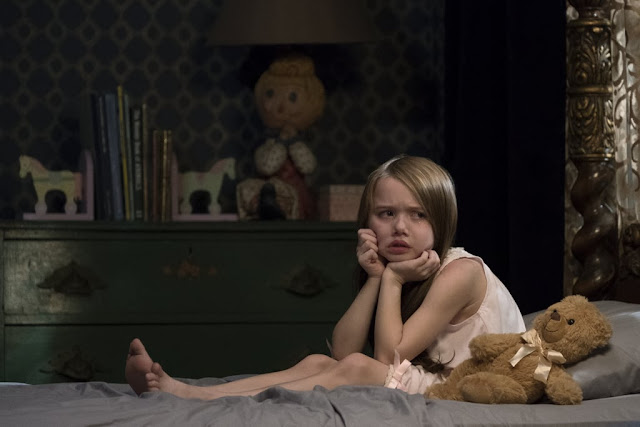 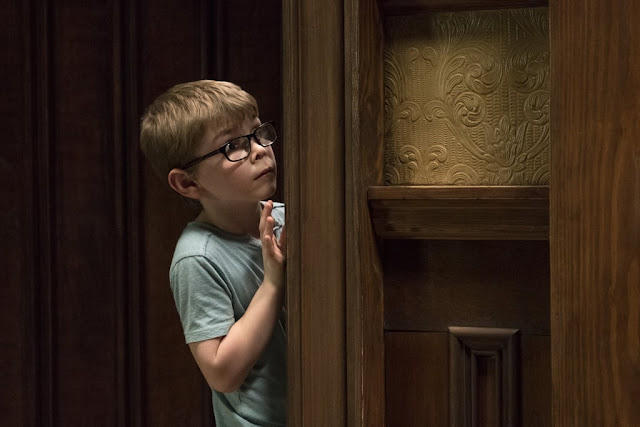 Is it worth a second season?
I read that this Netflix original series has become super popular among viewers, critics and horror fans. It’s only been released last week but I read that it’s risen to the popularity of longer running shows like The Walking Dead and American Horror Story. Even Stephen King has nothing but praises for this. There’s no announcement of a second season for this series yet but you know how Netflix likes to give in to the clamor of a popular show. Case in point: 13 Reasons Why.
I actually don’t want Netflix to take the route of ’13 Reasons Why’ on this wherein they made another season of the series because it was very much talked about. It was weird because the story was about Hannah Baker’s suicide and Hannah died at the end of season 1. The Haunting of Hill House, like 13 Reasons Why, is also based on a novel written by Shirley Jackson and like I said, the story is about the Crain family who moved into Hill House. With how they ended this series, I feel like there was such a finale to it. Unless of course, the writers of the show decide to tell the stories of the other residents of Hill House, the ghosts that haunt the place.

Should you watch it?
If you’re looking for something good to watch this Halloween season, I recommend The Haunting of Hill House. I promise you won’t be disappointed.