We’re halfway through the year already and I just finished reading my sixth book for 2020 which also marks the halfway point to my 2020 GoodReads Reading Challenge. Quite the timing too!

So I want to share what I thought of my two most recent reads: Sophie Kinsella’s Christmas Shopaholic and Colleen Hoover’s Without Merit. 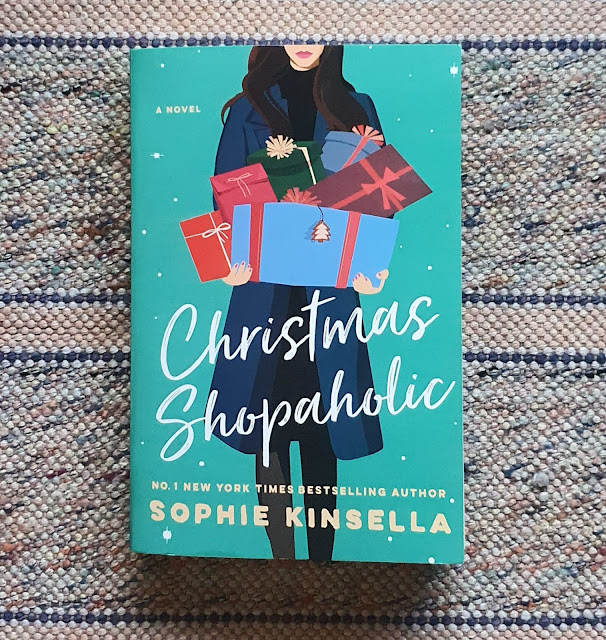 Sophie Kinsella’s Shopaholic series with Becky Brandon nee Bloomwood is one of my favorite book series so when Christmas Shopaholic was released, I was thrilled! It has been a while since I read the last Shopaholic book.
Christmas Shopaholic is the 9th book in the Shopaholic series. This is the plot:
‘Tis the season for change, and Becky Brandon (nèe Bloomwood) is embracing it, returning from the States to live in the charming village of Letherby and working with her best friend, Suze, in the gift shop of Suze’s stately home. Life is good especially now that Becky takes time every day for mindfulness – even if that only means listening to a meditation while hunting down online bargains.
But Becky still adores the traditions of Christmas: her parents hosting, carols playing on repeat, her mother pretending she made the Christmas pudding, and the neighbors coming around for sherry in their terrible holiday sweaters. Things are looking cheerier than ever until Becky’s parents announce they’re moving to ultra-trendy Shoreditch – unable to resist the draw of craft beer and smashed avocados – and ask Becky if she’ll host this year. What could possibly go wrong?
Becky’s sister demands a vegan turkey, her husband insists he just wants aftershave (again), and little Minnie needs a very specific picnic hamper: Surely Becky can manage all this, as well as the surprise appearance of an old boyfriend – turned – rock star and his pushy new girlfriend, whose motives are far from clear. But as the countdown to Christmas begins and her bighearted plans take an unexpected turn toward disaster, Becky wonders if chaos will ensure or if she’ll manage to bring comfort and joy to Christmas after all.
It wouldn’t be Becky if she’s not shopping for stuff and justifying those purchases! And hosting a Christmas get together is definitely a great excuse to go shopping! Ha! Ha! Even after all this time, she’s still funny and likable. Actually, the whole story is amusing read specially the part about her encounters with her ex-boyfriend and his girlfriend and the part where Becky goes shopping for Luke’s Christmas gift! The Shopaholic series is a feel good story and this book made me smile and it made me laugh.
As a fan of Sophie Kinsella and the Shopaholic series, this was definitely a must read for me and I would say that I would keep collecting and reading every Shopaholic book that Kinsella will write. 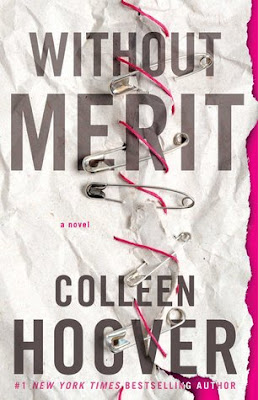 Colleen Hoover is also a favorite author of mine ever since I read Ugly Love. Without Merit – I had requested this as a gift for Christmas a couple of years ago but the book wasn’t available in the bookstore when my secret santa went to buy. Finally, I was able to read it thanks to Scribd’s free trial.
The plot from GoodReads:
Not every mistake deserves a consequence. Sometimes
the only thing it deserves is forgiveness.

The Voss family is anything but normal. They
live in a repurposed church, newly baptized Dollar Voss. The once
cancer-stricken mother lives in the basement, the father is married to the
mother’s former nurse, the little half-brother isn’t allowed to do or eat
anything fun, and the eldest siblings are irritatingly perfect. Then, there’s
Merit.

Merit Voss collects trophies she hasn’t earned
and secrets her family forces her to keep. While browsing the local antiques
shop for her next trophy, she finds Sagan. His wit and unapologetic idealism
disarm and spark renewed life into her—until she discovers that he’s completely
unavailable. Merit retreats deeper into herself, watching her family from the
sidelines when she learns a secret that no trophy in the world can fix.

Fed up with the lies, Merit decides to shatter the
happy family illusion that she’s never been a part of before leaving them
behind for good. When her escape plan fails, Merit is forced to deal with the
staggering consequences of telling the truth and losing the one boy she loves.

Like her book, It Ends With Us, Without Merit also tackles another issue – this time it’s mental illness and family issues. But it’s a different story altogether because it’s not centered on the romance of the characters. Sagan and Merit might have feelings for each other and the story would take us through how their romance develops but it’s almost like a side story. Instead, in Without Merit, what one will read more about is Merit’s struggles with her family.
I would like to say first and foremost that Sagan sounds adorable. He might draw weird things but he is a talented artist. And despite his own family troubles, he’s got a good head on his shoulders. He’s really boyfriend material.
But like I said, the focus more of the story is Merit and her relationship with her family. There’s her Dad who married the woman he cheated with and is now the mother of her lovable half brother, Moby. He provides for the family but he’s not close to his kids.
Utah, her older brother, is close to her sister and he likes to have precision and promptness in all aspects of his life. Merit also has an identical twin sister, Honor, whom she’s not very close with and who’s so different from her. Honor is drawn to guys who are sick and dying. And then there’s her mom, who shares the same name as her father’s new wife, Victoria. Her mom lives in the basement of Dollar Voss with them and she hasn’t left that room in years.
Merit’s got a very dysfunctional family and I highly enjoyed reading how their different conflicts with each other would be resolved. The book has some surprising turn of events to it that had me swiping to the next page to find out what happens next.
If you’re after a romance novel, this is not it. I would recommend Ugly Love or Maybe Someday for that. But as any CoHo fan would tell you, Without Merit is still worth reading for its beautiful story.

Gossip Girl I Will Always Love You