At the edge of my seat…

After not being able to watch my TV series for awhile because I’ve been busy traveling and partly because I didn’t have Internet connection at home, I finally got to catch up on almost all my favorite TV series! Here are two of my faves that have been keeping me at the edge of my seat:

Season 4 has been full of surprises! King Geoffrey poisoned to death, Lord Baelish killing off Sansa Stark’s Aunt Lyssa (though I’m personally glad to see her go. Strange woman!) and the latest one, the Viper getting killed by the Mountain in that deadly duel. The Viper was stupid in my opinion. He would’ve won that fight if he wasn’t so fixated on getting the enemy to confess about raping and killing his sister. Now Tyrione Lanister’s fate hangs in the balance! I wonder what’s going to happen to him, now that he’s been sentenced to death by his own father?
With fan faves dying here and there, I just have one thing to say to the writers and producers of GoT: 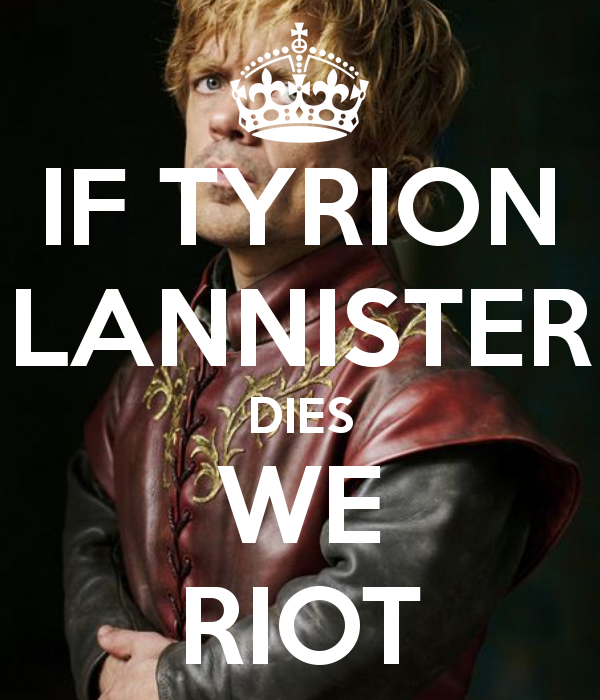 I really like Tyrion because he’s so smart and kind hearted too so I hope he’s not dying anytime soon!
Scandal
Oh how I love Olivia and the gladiators! I love it when Olivia says “It’s handled!” and I have rooted for her and Fitz to be together… Until Jake came along! Now, I kind of am leaning towards Jake and Olivia ending up together and in season 3 finale, it closed off with Olivia and Jake seen about to fly off together and Olivia dropping Fitz’s call. What a finale! Shonda Rhimes is such a genius screenwriter! Am so excited to find out what happens to them next when Season 4 starts! 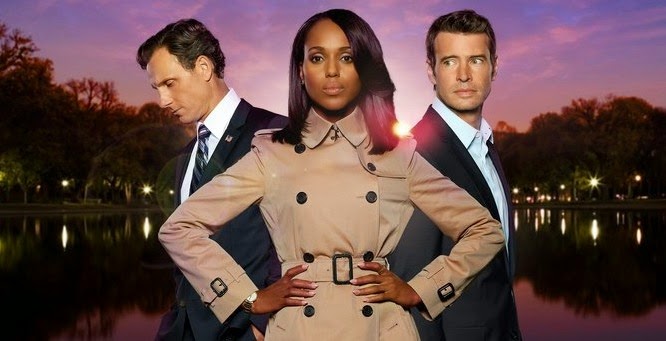