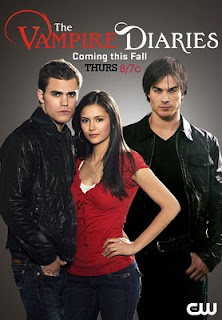 Last night, I finally decided to watch The Vampire Diaries on DVD. This CW show was based on a book series just like Twilight, written by L.J Smith. These books by the way have existed long before the Twilight series so it’s not one of those copycat books you can see in the bookstores nowadays when a certain book becomes really popular.
I haven’t finished the series yet – I had to sleep of course considering there’s work today – but it sure is intriguing and definitely getting exciting! The story revolves around Elena Gilbert, a small town girl who lives in Mystic Falls, Virginia and the two vampire brothers Stefan and Damon Salvatore whom our heroine falls in love with. This is like Twilight really in the sense that it’s a teen drama mixed with the supernatural but this one is a TV series which I like. No need to wait for another year to know how the story would unfold as told by Hollywood and since it’s a TV series, it doesn’t end so quickly so more time to get drawn in to the show.
In comparison, I think Nina Dobrev is prettier than Kirsten Stewart and her character, Elena seems more intriguing than Bella’s. Now, Paul Wesley on the other hand, is just no match for Robert Pattinson who is far more good looking as a vampire than he ever will. His character Stefan though I think more complicated in character than Edward (I mean, hello! A brother for an antagonist? Turned undead at the peak of his life?)  is just no match for the latter. I still love Edward Cullen more. Now, Damon played by Ian Somerhalder, on the other hand, is one hot antagonistic vampire!
Edward Cullen is my ideal loverboy vampire, immortality with Edward Cullen? Hell yes! But I sure wouldn’t mind getting bitten by Damon also although he is the evil vampire. But I’m excited to know what happens next in the series and while my other favorite TV show is on hiatus (Glee!), Vampire Diaries can keep me company for a little bit. 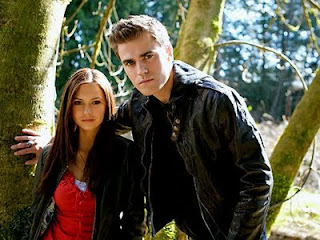 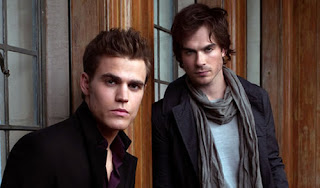 Who do you think is the hotter Salvatore brother? I think it’s Damon! 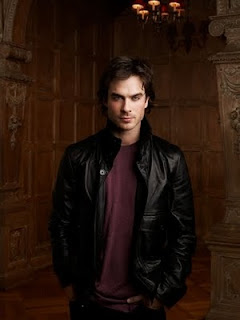 Ian Somerhalder as Damon Salvatore: YUMMY!
There’s actually another vampire show that’s making waves in the US – True Blood although I haven’t seen it. I plan to also and when I do and I like it, I’ll be sure to blog about it.

Three Movie Reviews and a How to Deal Question